Trending Now
Rome, Italy – 4K Virtual Walking Tour around the City...
NHRA Camping World Drag Racing Series Nitro Stars Ready to...
How to Last Longer In Bed
How to Manage Your Goal Hierarchy (Ep. 458)
Why I Decided to Mute Everyone on Social Media
NFTs Arrive in the Watch World
Excel Financial Modeling Tutorial (+ free download)
Biden Spoke to Bush, Obama Prior to Announcing Pullout of...
Krugman: Need Economy Poised to Make Fast Comeback When It...
Iran’s supreme leader: Vienna offers ‘not worth looking at’
World News

Who Will Win Nobel Peace Prize 2020? Here Are the Favorites


The Nobel Peace Prize committee is set to announce the winner of what is widely considered to be the world’s most prestigious prize on Oct 9. This year’s award may lack the centennial neatness of 2019’s 100th Nobel Peace Prize, but it has garnered intense speculation in a year shaped by a global pandemic and unprecedented social and economic upheaval.

Established by Alfred Nobel in 1895, the Nobel Peace Prize is one of six awards that also span literature, physics, chemistry, medicine or psychology, and economic sciences. Last year, the peace prize was awarded to Ethiopian President Abiy Ahmed, who engineered the end of a two-decade conflict with neighboring Eritrea.

Charged with selecting a winner from a confidential list of 318 candidates, the committee is rarely predictable in its choice—and experts give little credence to tipsters’ odds. Still, here is a selection of the bookmakers’ favorites to win the 2020 prize.

COVID-19 has dominated headlines, conversations, and political debates in 2020. It has reshaped the way most of us travel, work, and interact with our communities. So, it’s unsurprising the World Health Organization is an odds-on favorite for the Nobel Peace Prize. The WHO has been front and center of global response: from declaring COVID-19 a global pandemic on March 11, to setting out public health guidance, to building capacity in countries most vulnerable to the disease. This year it has dispatched delegations to countries as diverse as Turkmenistan and Iran to support their COVID-19 response.

There have been some serious missteps along the way too. The WHO has been criticized for its late recommendation that the general public wears face coverings, its reliance on information from the Chinese government over whistleblowers like doctor Li Wenliang, and its sidelining of Taiwan. President Trump—facing criticism for his own catastrophic handling of the pandemic—has repeatedly blamed China and the WHO for COVID-19’s spread. In April, he announced the U.S. would cut its funding for the world body, a move the editor-in-chief of The Lancet medical journal called a “crime against humanity.”

Swedish teenager Greta Thunberg, TIME’s 2019 Person of the Year, has already won what is often referred to as the “alternative Nobel prize” for her climate change activism. She was most oddsmakers’ favorite for the Nobel-proper in 2019, after spearheading the global youth-led movement against climate change. In 2020, oddsmakers have again listed Thunberg among those deemed most likely to win.

Global lockdowns made the transcontinental zero-emissions journeys Thunberg undertook in 2019 less feasible this year, but the pandemic has not stunted her activism. In April, she launched a campaign to support UNICEF in protecting young lives during the pandemic. And Thunberg has consistently argued that climate change and COVID-19 should be fought simultaneously. The response to the pandemic shows the world can “act with necessary force” when faced with a global emergency, Thunberg told Sweden’s Sveriges Radio in July. 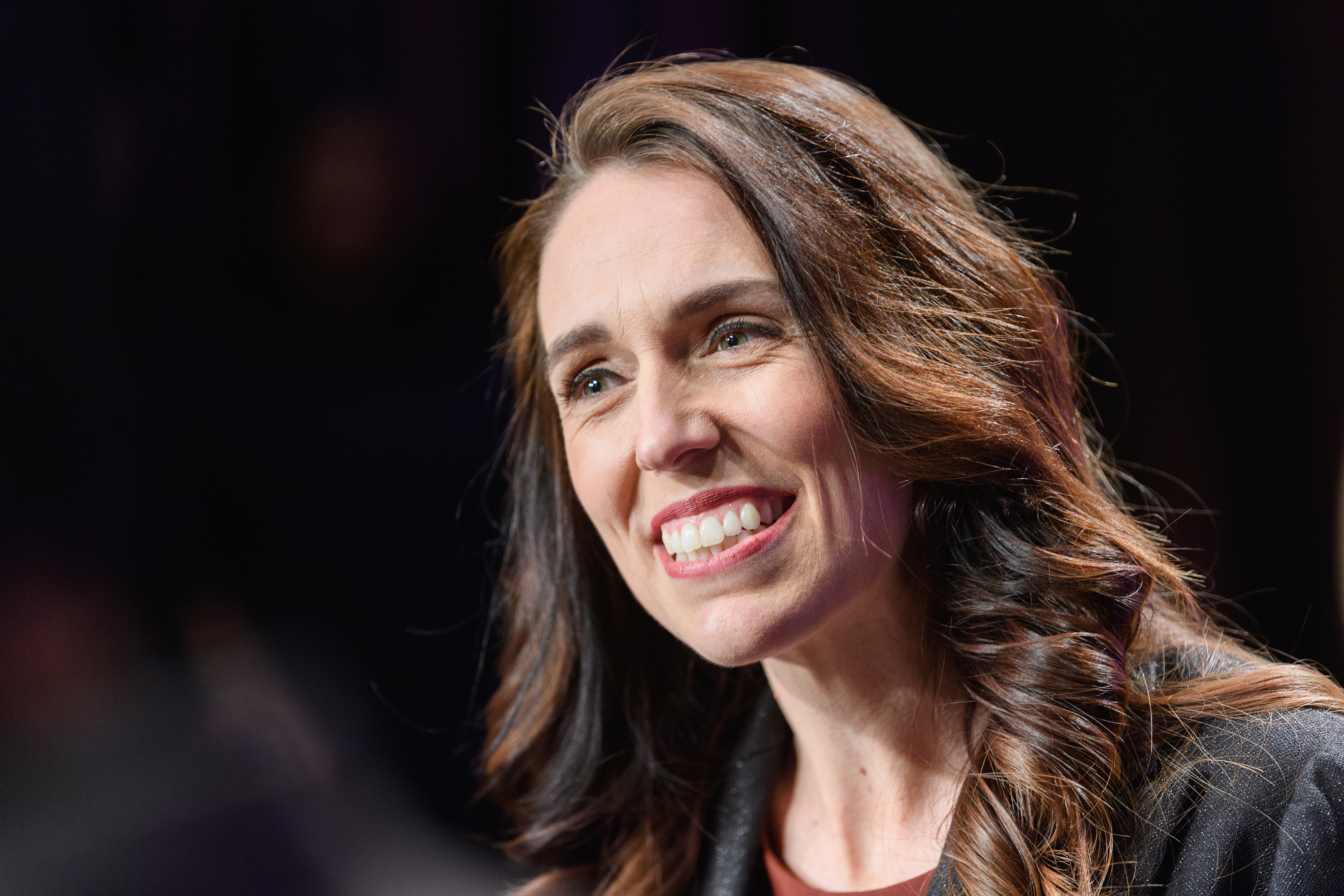 The press called the two near-simultaneous debates a “contrast of styles.” But Arden has won as many plaudits for the substance of her leadership. Her strong but empathetic response to New Zealand’s Christchurch massacre made her a contender for the 2019 award, and Adern is again high on oddsmakers’ lists for 2020. The Prime Minister’s swift action on COVID-19 helped New Zealand maintain one of the world’s lowest death rates. But Ardern’s chances of winning may be hampered by New Zealand’s lack of involvement in major global treaties. 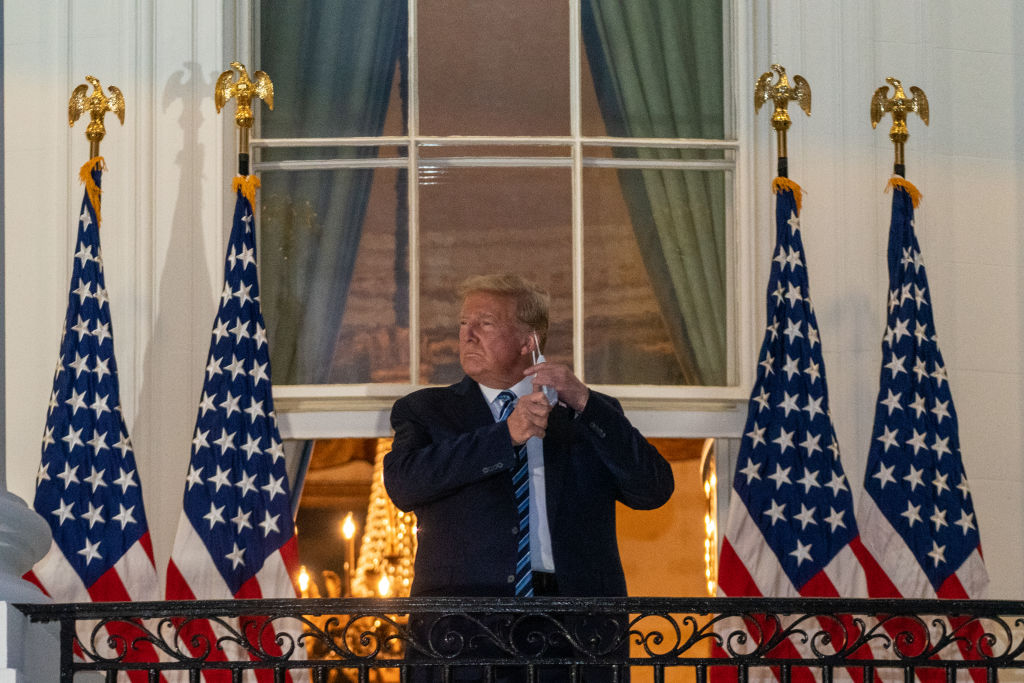 U.S. President Donald Trump removes his protective mask on the Truman Balcony of the White House in Washington, D.C., U.S., on Monday, Oct. 5, 2020.

U.S. President Donald Trump has said several times he believes he deserves to win the Nobel Peace Prize. At a January 2020 rally in Toledo, Ohio, he told his audience the 2019 prize awarded to Abiy Ahmed should have instead gone to him. In 2018, Trump said he deserved the award for his efforts to convince North Korean leader Kim Jong Un to give up nuclear weapons. However, a recent confidential U.N. report showed that North Korea is pressing ahead with its nuclear weapons program.

This year, the White House says Trump is being nominated for his leadership in brokering the Abraham Accords, which saw the UAE and Bahrain formally normalize relations with Israel. A signing ceremony in September allowed Trump to present his “Middle East Peace Plan” as a win—despite its failure to advance a solution to the decades-long Israeli–Palestinian conflict. The Abraham Accords formalize shifting power dynamics already underway in the Middle East, analysts say, but whether those dynamics lead to more or less stability remains an open question. 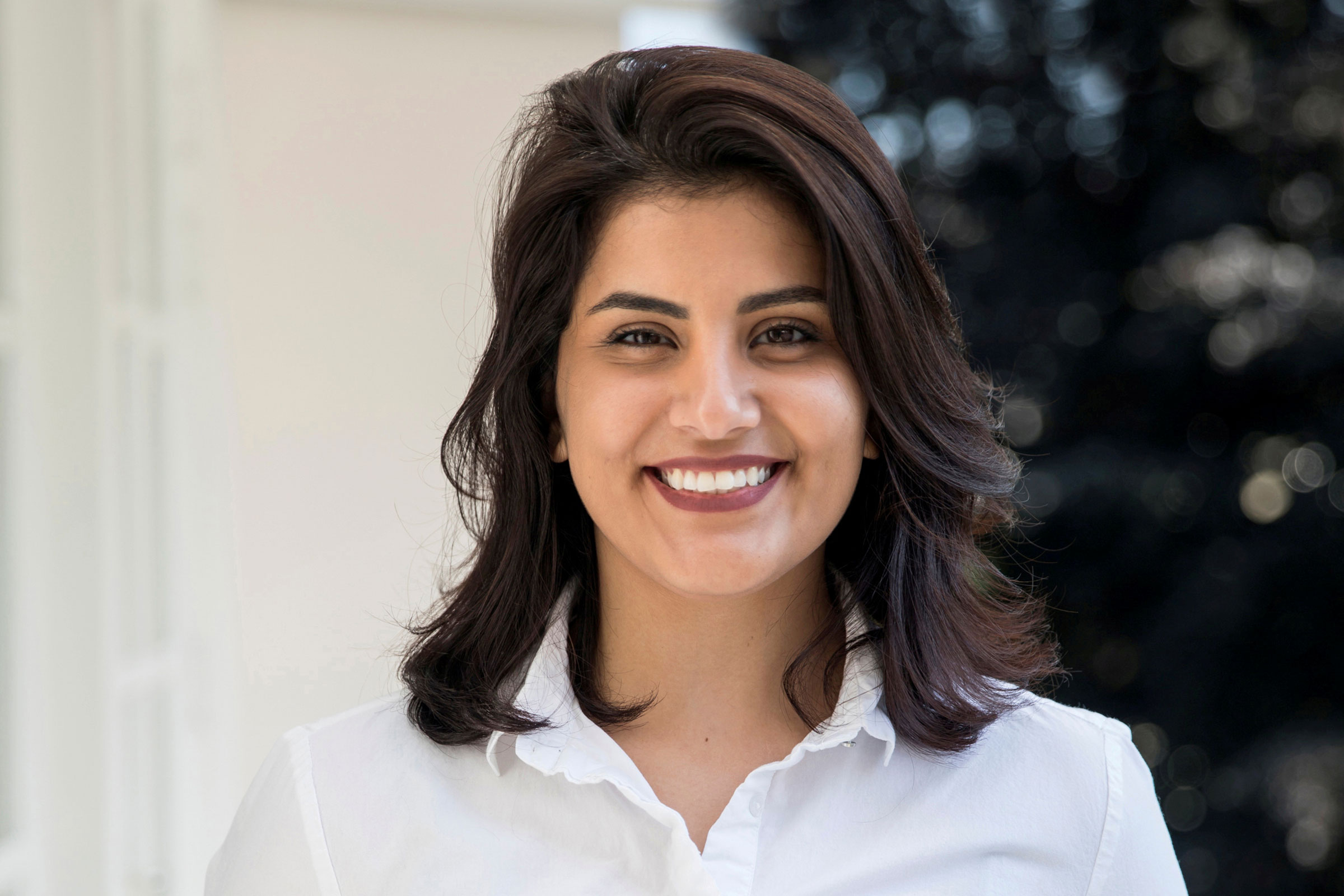 Saudi Arabian authorities detained Loujain al-Hathloul—along with several other women’s rights activists—in May 2018, only a month before the Kingdom lifted its longstanding ban on women driving. Even as other reforms that Hathloul had long campaigned for began to be implemented in the Kingdom, the 29-year-old’s enduring imprisonment is a stark reminder of the price of dissent under Crown Prince Mohammed bin Salman. “When the women were sent to jail in May 2018,” exiled Saudi Arabian activist Manal al-Sharif wrote last year for TIME, it was a “very clear sign from the government that these were not real reforms. Put simply: it’s a war on women.”

In an interview marking two years since al Hathloul’s incarceration, her Brussels-based sister Lina al Hathloul said that Loujain was offered freedom in exchange for publicly denying she had been tortured in prison. But, Lina al Hathloul told TIME: “She’d rather be in prison, following her values and fighting than be released and lose these two years for nothing.”

Among other prospects that oddsmakers list are the Black Lives Matter movement, for its role in focussing global attention on systematic racism and police brutality; press freedom watchdogs Committee to Protect Journalists and Reporters Without Borders, and multilateral bodies such as the European Union and the UNHCR, the U.N.’s refugee organization. Other individual nominations include British naturalist and filmmaker David Attenborough, Sudanese activist Alaa Salah, and Russian opposition politician Alexei Navalny.

The Media Is Now Openly Pushing Secession as the Election Nears

Many Of Colombia’s Ex-Rebel Fighters Rearm And...