WHO Defends Its Coronavirus Response After Trump Criticism


As the standoff between the World Health Organization (WHO) and the Trump Administration continues, a top WHO official is defending the organization’s efforts to gather and share information about COVID-19 with the world, despite “the politics in the way right now.”

In an interview with TIME, Maria Van Kerkhove, the American infectious-disease epidemiologist serving as the WHO’s technical lead for COVID-19, pushed back on criticism from people, including U.S. President Donald Trump, that the WHO was too reliant on Chinese data and waited too long to warn the world about risks like widespread person-to-person transmission.

The WHO’s early response to COVID-19 has been under fresh scrutiny since Trump last week decided to pull U.S. funding to the group, sparking backlash from countries and health experts around the world. The U.S. was the WHO’s largest benefactor last year, providing more than $400 million.

Lawrence Gostin, director of Georgetown University’s O’Neill Institute for National and Global Health Law, says the U.S.’ funding freeze is “utterly irresponsible” and unfair during a “once-in-a-century” public-health crisis. “WHO has funding about the size of one large U.S. hospital,” Gostin says. “Are we really going to fund it so badly and then blame it when things go wrong?”

Experts from both the public-health and political arenas have theorized that Trump is lashing out at the WHO to deflect attention away from his own Administration’s missteps. Even though he initially did the same, Trump has criticized the WHO for trusting and praising the Chinese government—which, according to the Associated Press, sat on data about the coronavirus’ potential to become a pandemic for six key days in January. Trump has said the WHO “failed to investigate credible reports…that conflicted directly with the Chinese government’s official accounts,” and has complained that the organization fought the U.S. on the travel restrictions Trump’s administration implemented in the early weeks of the outbreak. 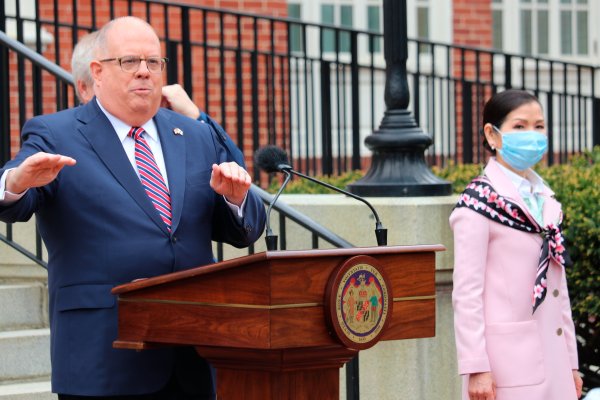 While the WHO did warn that halting travel and trade can be counterproductive during an outbreak, it does not appear to have specifically opposed Trump’s decision; several other nations had also put restrictions in place around the time the U.S. did.

New Washington Post reporting also pokes holes in the claim that the WHO concealed information. U.S. public health officials working in the WHO’s Geneva headquarters were regularly conveying evolving information about the outbreak back to the Trump administration, according to the report. A U.S. Department of Health and Human Services spokesperson confirmed to the Post that 17 of its staff members were working at the WHO in January, but said “just because you have Americans embedded in WHO providing technical assistance does not change the information you are getting from WHO leadership.”

Van Kerkhove maintains the WHO publicly provided up-to-date information from the beginning. She notes that the WHO drew on information about similar coronaviruses, including SARS and MERS, to draft its first COVID-19 guidance for health systems on Jan. 10, after learning about a cluster of novel pneumonia cases in Wuhan on Dec. 31, and mobilized its networks of experts around the world to start gathering information “very, very quickly.” She adds that the WHO declared COVID-19 a public-health emergency of international concern—its highest official alert designation—on Jan. 30.

Van Kerkhove says she’s frustrated so much attention has been paid to a WHO tweet from Jan. 14, which said “preliminary investigations conducted by the Chinese authorities have found no clear evidence of human-to-human transmission of the novel coronavirus.” That tweet was posted the same day Van Kerkhove warned about possible widespread person-to-person spread during a press briefing, and, according to a Guardian report citing an anonymous mid-level WHO official, was meant to “balance out” her statement to avoid getting too far ahead of official reports from China.

Van Kerkhove says the WHO’s internal research and response is always more nuanced than “what is done publicly or what is done through Twitter,” adding that the WHO always continues to push its member countries for more information while the organization communicates what it knows at a given time to the public.

WHO scientists knew and publicly stated the possibility of some person-to-person transmission shortly after they learned of respiratory illnesses in Wuhan, she says. In its guidance document from Jan. 10, the WHO directed countries to start taking precautions against potential airborne and respiratory droplet spread. 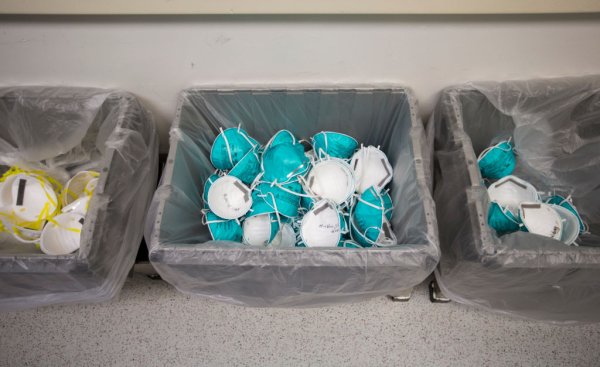 “We are out of everything.”

“When you hear of a cluster of pneumonia…anyone in infectious diseases would be lying if they didn’t say there could be human-to-human transmission,” Van Kerkhove says. But in the early days of the outbreak, she says it wasn’t immediately clear whether the new virus would be highly contagious, or—like MERS—result in fairly limited person-to-person spread.

The WHO gathers data as best it can, but must ultimately rely on information provided by its member states, Van Kerkhove says. Like “everyone, everywhere” she says it can always do better.

Gostin agrees the WHO could have been more “honest and transparent” about the fact that it was relying on Chinese data it could not fully verify. But he says the blame for that system lies with the international community’s treatment of the WHO, not the WHO itself.

Countries “don’t allow WHO in, [and] they don’t give WHO political backing when they’re trying to stand up to someone and speaking truth to power,” Gostin says. “The international community has the World Health Organization it deserves because it’s never provided the funding and political support needed for WHO to have a bold voice.”

Daniel Spiegel, who was a Clinton Administration ambassador to United Nations agencies including the WHO, echoed that point to the Post, noting that the WHO has no intelligence or investigative powers of its own. “They should have been more skeptical about what the Chinese were telling them,” Spiegel said, “but they’re totally at the mercy of what governments provide.”

Despite the political tension, Van Kerkhove says she and her colleagues remain focused on the task at hand, and are grateful to U.S. partners like the Centers for Disease Control and Prevention and the National Institutes of Health.

“As a scientist, I don’t normally deal with politics, and I try to stay focused on the work we need to do,” she says. “We’re doing everything we can to get information out, to address the unknowns, and to just try to get through this by saving as many lives as we can.”