It’s been over two decades since Jack and Rose’s ill-fated romance broke our hearts and turned “never let go” into the most romantic vow one could make. At the time of filming, Titanic was the most expensive movie ever made, and no one could have predicted the monstrous success headed its way. The blockbuster went on to become the highest grossing film of all time (before being dethroned by James Cameron’s 2009 film Avatar), and has entered the pop cultural zeitgeist as one of the essential films to see before you die. But even after dissecting the film, its stars, and the real-life events that inspired it, there are still some things about the movie that remain endlessly fascinating.

Without further ado, here are 12 interesting facts about Titanic.

1. There Was Almost a Different Jack and Rose

It’s impossible to imagine the film without Kate Winslet and Leonardo DiCaprio, but rumor has it they were not the first choices for their characters. Gwyneth Paltrow and Matthew McConaughey were reportedly in talks to star before things fell through. With that said, don’t expect James Cameron to reveal the truth. “I will neither confirm nor deny,” he said. “I just don’t think that’s cool to talk about actors that either chose not to do it, or were unavailable, or stupidly decided that there wasn’t enough meat on the bone of the character, or whatever it was.”

In order to secure the lead role, Winslet reportedly got ahold of director James Cameron’s number and called to tell him, “I just have to do this, and you are really mad if you don’t cast me.” She’d go on to deny doing this years later, but admitted to sending him roses with a note signed, “From Your Rose” after her audition. “Jim took a risk in casting me,” she said. “A lot of my contemporaries — Uma Thurman, Gwyneth Paltrow, Winona Ryder — were much more likely candidates. I got lucky.” 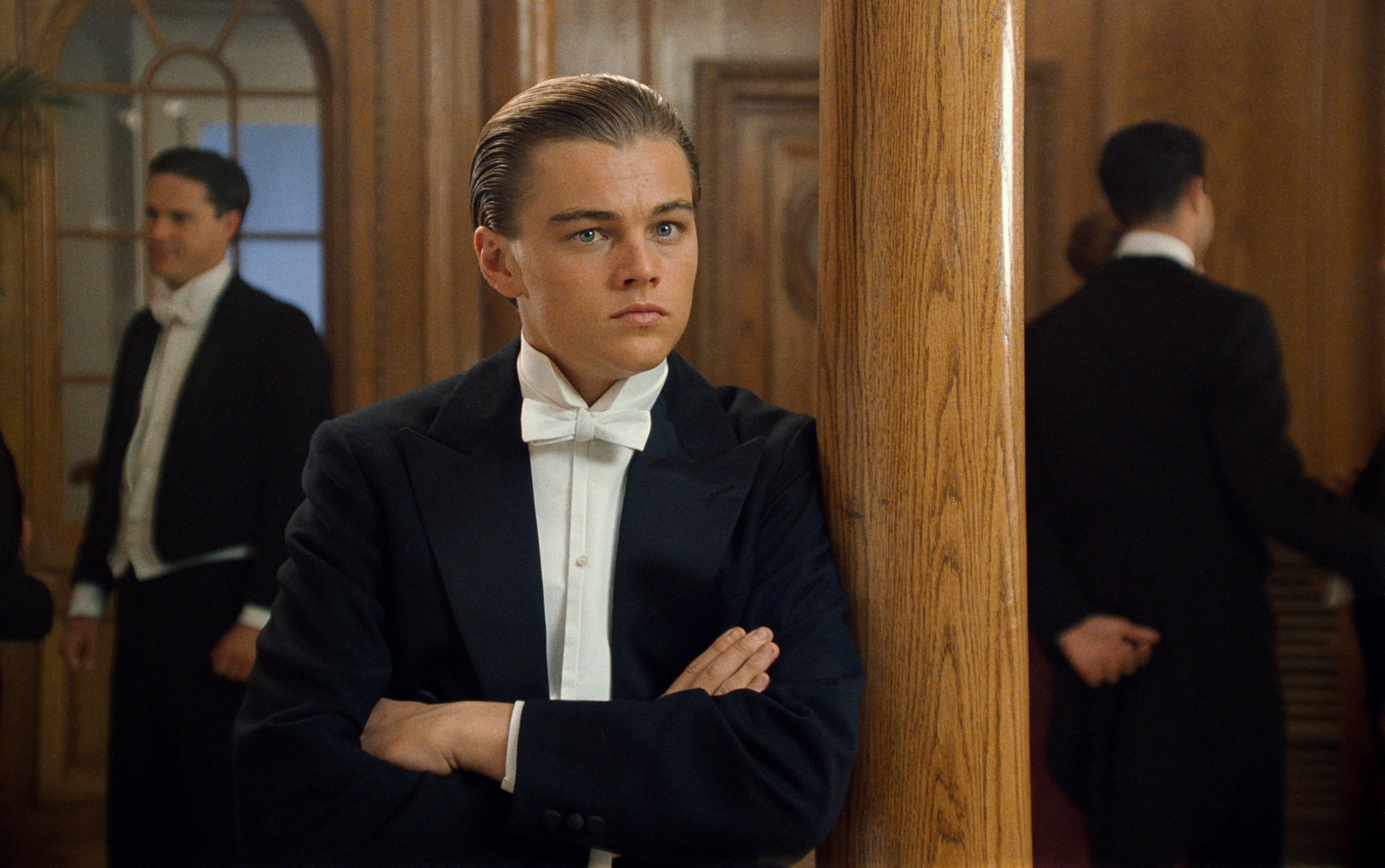 3. DiCaprio Got Crabby on the Set

Fourteen-hour days are rough for anyone, so it’s understandable that Leo would have moments of weakness amidst his 70-90-hour work weeks. While filming that famous dinner party scene in which his character coins the phrase “Make it count,” he reportedly leaned over to Kathy Bates and asked (while pointing at the cutlery),”Which one of these do I use to lobotomize myself?” A 1998 Vanity Fair article also quotes him as being less than thrilled on a different day. “[DiCaprio] was sick of the brown land, the mariachi merriment, and Cameron’s big tub,” the story read. So one day “he ambled over to the set, took a good look at the four soundstages, the 17-million-gallon water tank, the smokestacks rising majestically against the sky, the hordes of extras running around in period clothes — and thought, ‘This is bullshit.'”

The director went through great lengths to ensure the film’s authenticity, and his thoroughness extended to the movie’s characters . . . even the extras. “One night toward the climax — it was 4:30 a.m. — and the ship is dipping into the very chilly Pacific waters, and 2,000 people are scrambling toward the stern, [Cameron] yells, ‘Cut!'” Billy Zane, who played Cal, recalled. “Climbs onto the deck from the crane basket swinging him around with the sky cam, goes up to an extra, who’s this old lady, and says, ‘You’re not just running. You need to go down to the sea deck because your daughter told you she forgot something very dear, her wedding ring, and she’s going down there and you gave her five minutes, and she’s taken 10, and you regret making that choice.’ He’s giving backstory to a background artist, which elevated the moment for her and spread like wildfire to the other extras.” Neat.

5. The Director Has Settled the Door Debate

The last half of the film finds Rose on a floating door, while Jack remains submerged. The moment has sparked heated a debate over the years: “Why didn’t they just take turns? There was room for him on that thing,” and so on. Now, consider those arguments settled because Cameron has provided the definitive answer. “Look, it’s very, very simple: you read page 147 of the script and it says, ‘Jack gets off the board and gives his place to her so that she can survive.’ It’s that simple.” If the director says it is so, then so it shall be. 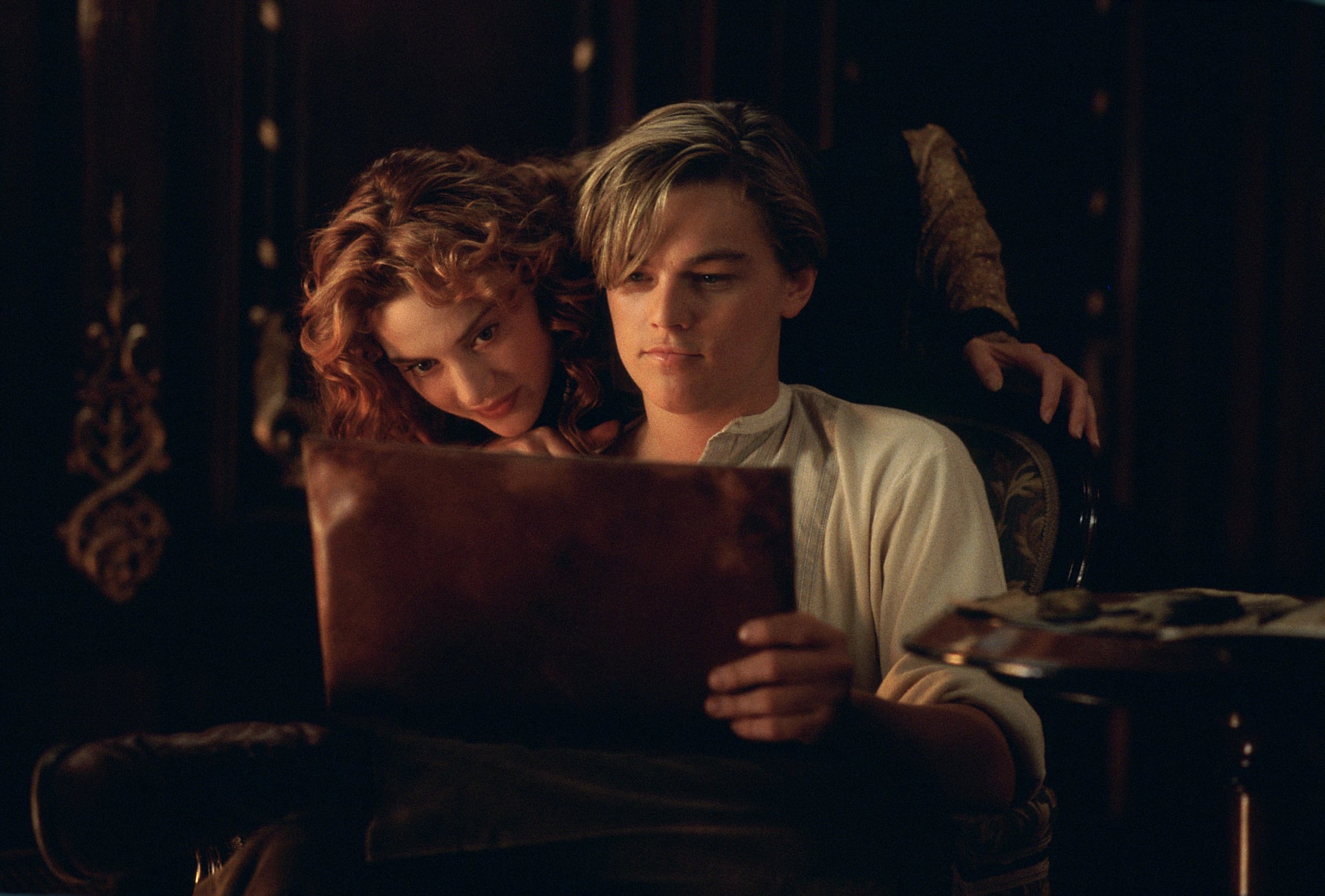 6. Jack Had an Unexpected Hand Double

Perhaps one of the most romantic (and most quoted) scenes of the film is when Rose asks Jack to draw her like one of his French girls. However, the hands you see on screen don’t belong to DiCaprio. Since he’s more of an actor than an illustrator, Cameron stepped in to do the actual sketching.

Jack Dawson might have been a fictional character but, as it turns out, there was a J. Dawson aboard the real ship. It’s a mere coincidence that the two share such similar names because Cameron didn’t find out about the latter until after the film wrapped. Since its release, the real Dawson’s gravesite has been extremely popular among tourists.

Could you imagine? Nope, me neither. But before Leonardo DiCaprio signed onto the film, Clueless hunk Jeremy Sisto did a screen test with Kate Winslet. However, they didn’t have much chemistry and he was soon let go. “It was exciting to be a part of the process,” he said. “To be involved in something that had that kind of scope — anything James Cameron does has this huge scope to it. He’s trying to push the limits on things. So I was just insanely inspired by it and a little heartbroken when the role didn’t come my way.”

Yep, you read that correctly. The Parent Trap star, who was 8 at the time, was supposed to play Jack’s “best girl” Cora, but Cameron thought her red hair made her look too similar to Rose and her mother Ruth.

For the soundtrack, Cameron only wanted songs without words. Things changed when composer James Horner hooked up with lyricist Will Jennings and singer Celine Dion to secretly create a demo for “My Heart Will Go On,” which Cameron loved. The song made it into the closing credits, and the rest is history. 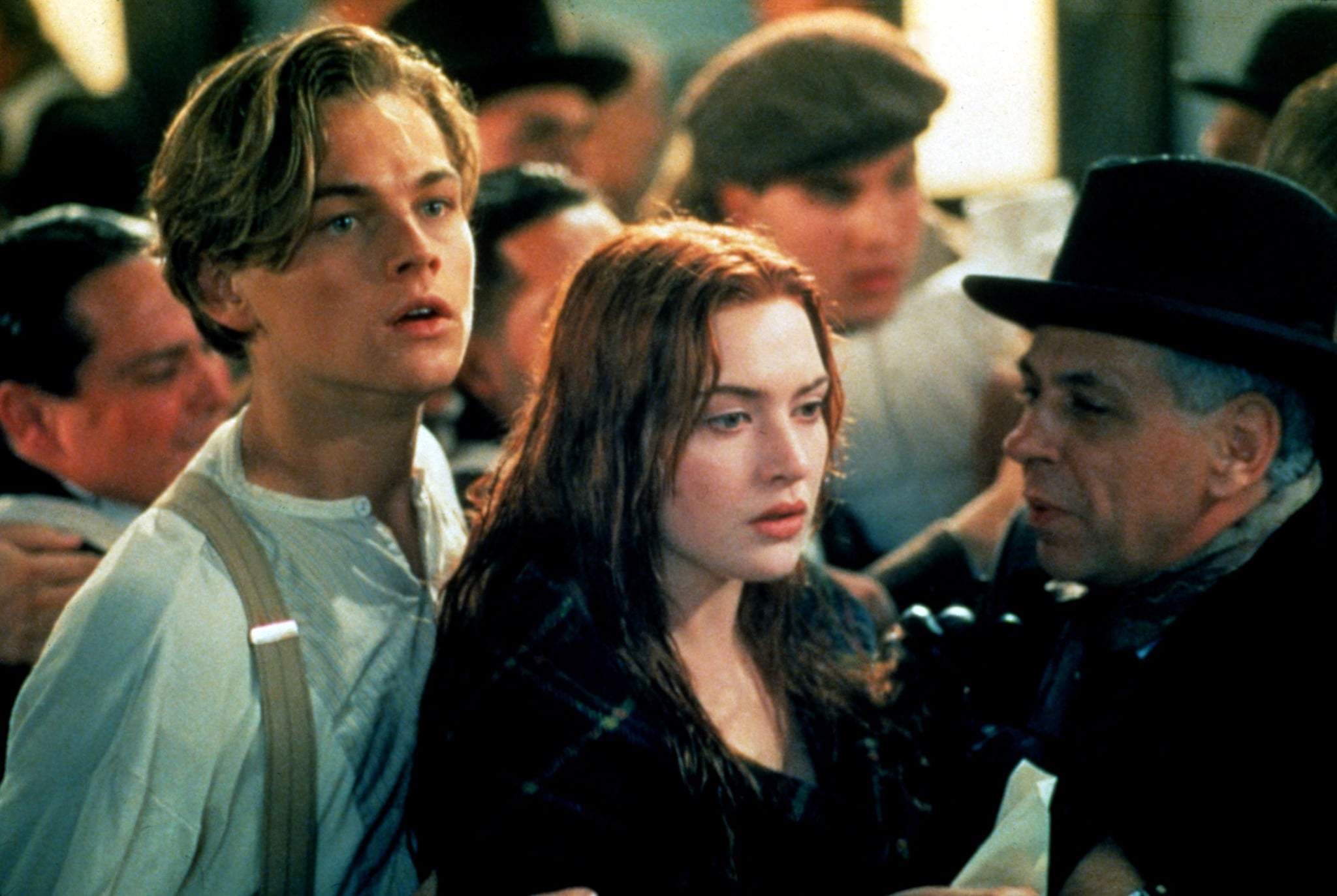 These days, movies tend to disappear from the theater after a month and a half. Back then, they were around for months. Titanic, which was released on Dec. 19, 1997, was still in theaters when it also came out on VHS on Sept. 1, 1998. It’s the first and probably only film to accomplish such a feat.

12. The Crew Was Reportedly Drugged

After a long and difficult shoot, the cast and crew were nearly ready to wrap when many of them came down with a mysterious illness. Fifteen minutes after eating lobster chowder, “the crew was all milling about. Some people were laughing, some people were crying, some people were throwing up,” actor Bill Paxton recalled. “One minute I felt okay,” he added, “the next minute I felt so goddamn anxious I wanted to breathe in a paper bag. Cameron was feeling the same way.” It turns out that someone had spiked their food with PCP. To this day, no one knows the culprit behind it.

13. Leonardo DiCaprio Wasn’t Into One of the Movie’s Most Famous Lines

While sitting down with BBC’s Movies That Made Me series, director James Cameron got on the subject of Jack’s famous scene at the bow of the ship with his friend Fabrizio (Danny Nucci), where he shouts, “I’m the king of the world!” with his arms open wide. “It was made up on the spot. I was in a crane basket, and we were losing the light. I had tried this and we had tried that, tried this line and that line and it was just coming up snake eyes,” Cameron explains. “And I said, ‘Alright, I’ve got one for you. Just say, ‘I’m the king of the world,’ and just spread your arms out wide and just be in the moment and just love it and just celebrate it and love it.’ And he goes, ‘What?'”

DiCaprio, understandably, wasn’t exactly thrilled about the line. It’s incredibly cheesy, but something about it works coming out of DiCaprio’s mouth, which Cameron anticipated. “I’m getting this over the walkie talkie. ‘I’m the king of the world,’ just say, ‘I’m the king of the world,’ but you’ve got to sell it!'” Cameron adds. “And he goes, ‘What?!’ I said, ‘Just f**king sell it.'”

The Best Muscle Recovery Methods and Techniques for Better Performance

Keeping Faith series 3 cast? Is this...

Ceraadi Talks About EP Get Ready With...