The best Hollywood beach movies of the past two decades


Summer is here but people are being restricted from visiting beaches thanks to the COVID-19 menace. The next best option is to watch movies featuring the sun, sand and lots of fun. Hollywood filmmakers love to make films about beaches and over the years, such films have developed a cult following. We take a look at the best films of the last 20 years featuring beaches. You can’t be in Hawaii or Goa just yet because the travel restrictions are well in force but you can binge watch these movies and pretend to laze around in the sand, listening to the music of the waves and sipping an ice-cool drink…Have a blast!

This action-comedy, directed by Seth Gordon, is based on the television series created by Michael Berk, Douglas Schwartz, and Gregory J. Bonann. It stars Dwayne Johnson, Zac Efron, Jon Bass, Alexandra Daddario, Kelly Rohrbach and Priyanka Chopra. The story follows lifeguard Mitch Buchannon and his team who must take down a drug lord in an effort to save their beach. While Dwayne Johnson reprised the role of Mitch Buchannon made famous by David Hasselhoff in the original series, Priyanka Chopra joined the cast as the millionaire villainess Victoria Leeds, who plans to get hold of the whole beach and use it to expand her drugs business. How this motley bunch of lifeguards team up to foil her plans forms the crux of the film. Pamela Anderson, the hot diva from the TV show, made a cameo in the end. 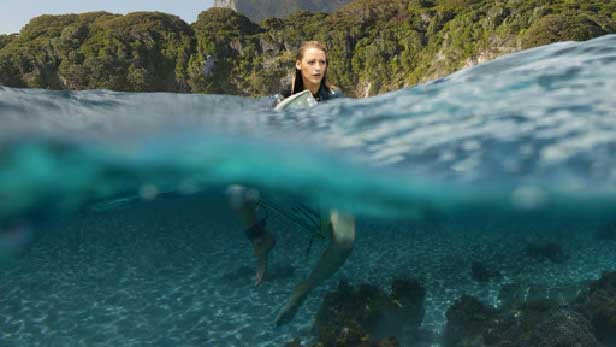 Blake lively stars in this survival horror film directed by Jaume Collet-Serra. While the film is set in Mexico, it was shot in New South Wales and Queensland, Australia. Lively plays a surfer who gets stranded 200 meters away from the shore of a secluded beach in Mexico and must use her ingenuity and courage to outwit a great white shark which has somehow swum to the shallows and eyes her as easy prey. While the shark was made up entirely of CGI, Blake Lively did hurt herself doing one of the stunts. The blood you see on her nose is reportedly real. 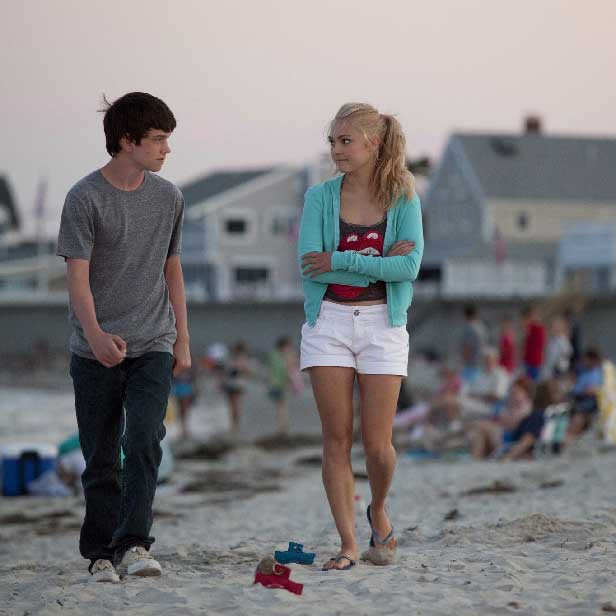 This is a coming-of-age film directed by Nat Faxon and Jim Rash in their directorial debuts. The film stars Liam James, Steve Carell, Toni Collette, Allison Janney, AnnaSophia Robb, Sam Rockwell. Duncan (Liam James) is a lonely 14-year-old, who is dragged on to a vacation to a beach town with his divorced mother, Pam (Toni Collette), her abusive boyfriend Trent (Steve Carell) and Trent’s daughter Steph (Zoe Levin). He spends most of his time at the waterpark and later gets hired by Owen (Sam Rockwell). He also develops his first crush, on a pluck girl called Susanna (AnnaSophia Robb) and along the way gathers enough courage to stand up to Trent. The film shows children growing up as adults degenerate into a second childhood of sorts. 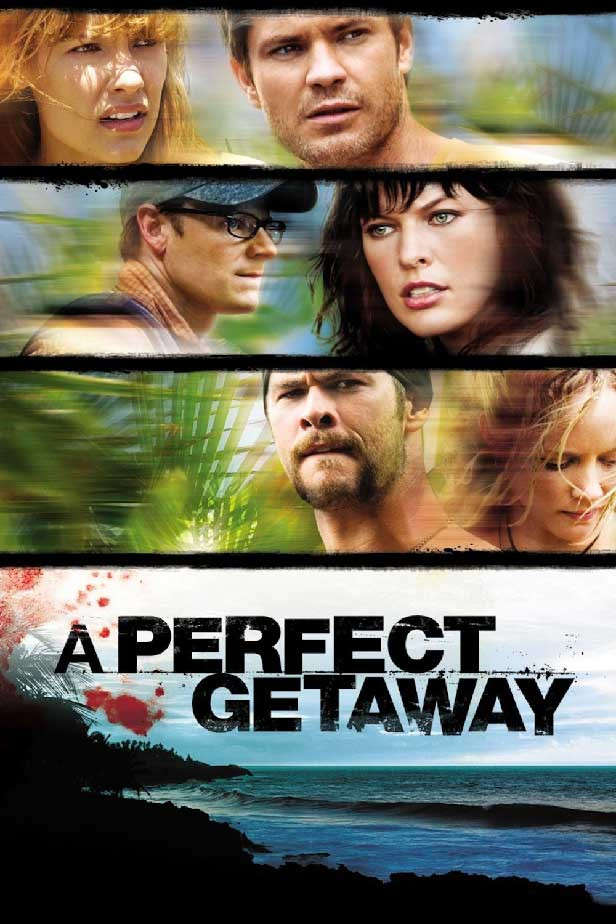 This thriller, written and directed by David Twohy and starring Timothy Olyphant, Milla Jovovich, Kiele Sanchez, and Steve Zahn is set in Hawaii and shot both in Hawaii and in Puerto Rico. The movie is about two couples and a suspicious third couple. Newlywed couple Cliff (Steve Zahn) and Cydney (Milla Jovovich) are on their honeymoon to the picturesque Hawaiian island of Kauai. They meet Cleo (Marley Shelton) and Kale (Chris Hemsworth), and also Nick (Timothy Olyphant) and Gina (Kiele Sanchez). They hear that a couple, feared to be killers, are loose in the area and have already killed twice. Tensions escalate and then die down when Cleo and Kale are arrested as the killers. But what if the police took away the wrong couple? This is the premise of this pulpy actioner which has Steve Zahn essaying a character which was out of his comfort zone at the time. 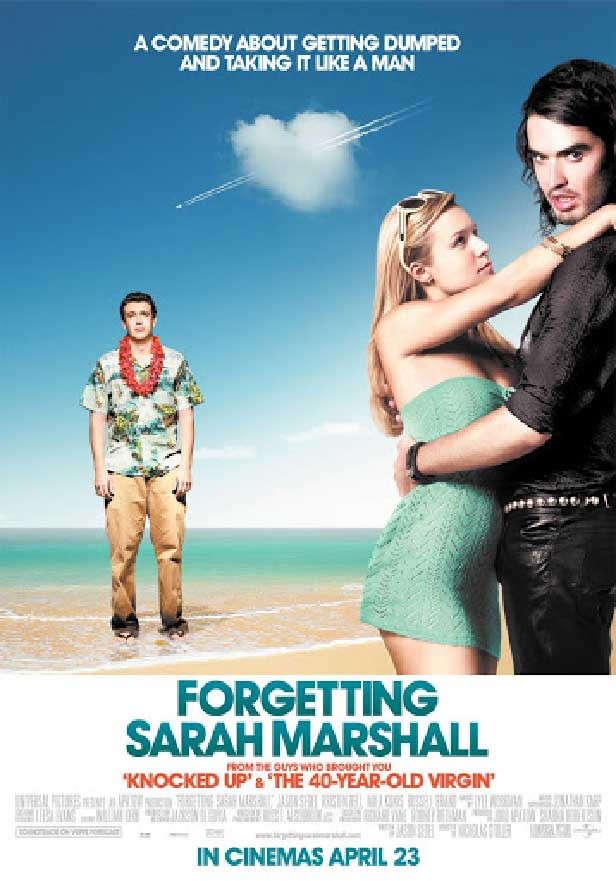 This romantic comedy is directed by Nicholas Stoller and stars Jason Segel, Kristen Bell, Mila Kunis and Russell Brand. Peter Bretter (Jason Segel) is a music composer for a TV show that features his girlfriend, Sarah Marshall (Kristen Bell) in the lead role. He’s devastated when she breaks up after five years and goes to Hawaii on a vacation in order to find closure. But to his bad luck, he runs into his ex on the island where she too is vacationing with her new boyfriend, rockstar Aldous Snow (Russell Brand). He develops feelings for hotel concierge Rachel Jansen (Mila Kunis), and this new romance might just be the cure for him. 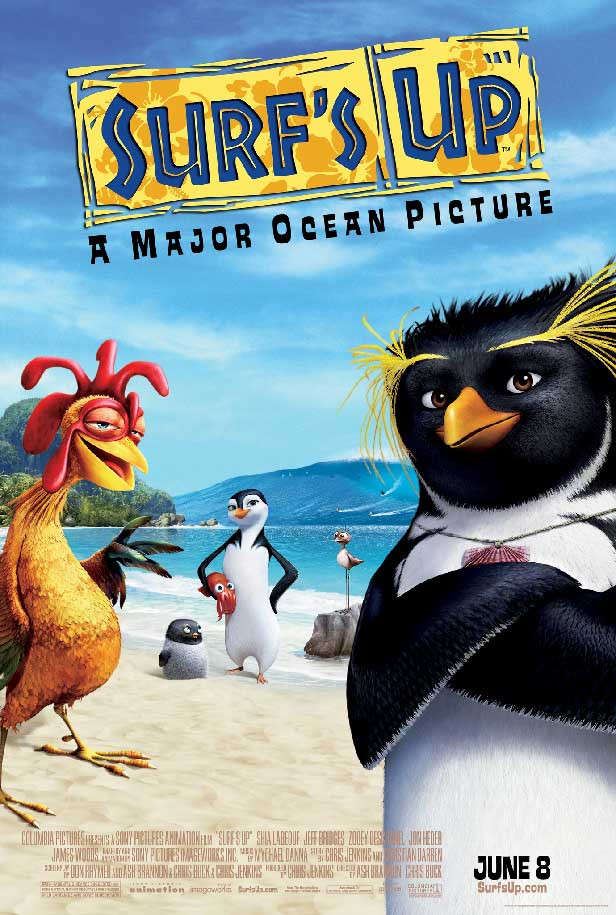 This is an animated parody of surfing documentaries. Directed by Ash Brannon and Chris Buck, it features the voices of Shia LaBeouf, Jeff Bridges, Zooey Deschanel, Jon Heder, Mario Cantone, James Woods, and Diedrich Bader among others. The film centres around a penguin’s dream of being a champion surfer and how a past champion very Mr Miyagi like teaches him to know himself first and let the newfound self-awareness guide him towards greatness. To make the action seem real, the filmmakers motion-captured a hand-held camera operator’s moves. The film was nominated to the Oscars but didn’t win. It was appreciated for its wise-cracking humour and proved to be a profitable venture for Sony. 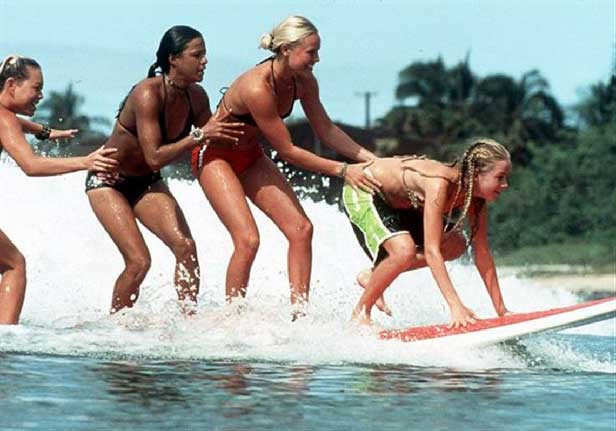 Directed by John Stockwell, this surfing film is set in Hawaii and stars Kate Bosworth, Michelle Rodriguez, Sanoe Lake and Mika Boorem and is based on Susan Orlean’s Outside magazine article Life’s Swell. Anne Marie (Kate Bosworth), Eden (Michelle Rodriguez) and Lena (Sanoe Lake) are best friends. They have been raising Anne Marie’s 14-year-old sister, Penny (Mika Boorem), ever since their mother took off to Las Vegas with a boyfriend. Anne Marie was once considered a rising surfing star but a near-drowning experience has shattered her confidence. She’s on a comeback trail of sorts and trains each day with dedication with the help of her three friends. She becomes involved with Matt Tollman (Matthew Davis), a professional quarterback. It’s supposed to be a physical fling at first but later develops into something deeper. Encouraged by him and a pro surfer, Keala Kennelly, playing herself, she successfully conquers her fears and makes the most of the perfect wave of the day. Though she doesn’t win the tournament, she looks poised for a bright future once more.

Doctors And Nurses Are Being Attacked For Doing Their Jobs

Tilly isn’t the only Strictly star to fall...

Who stars in drama alongside Bradley Walsh?

Has Kacey Musgraves Earned the Right to Sing...

The Last Duel Review: Too many cluttered cooks...

Who is Charity Dingle in Emmerdale and is...

The Inside Story of Axel Springer’s Cutthroat Deal...

9 burning questions after episode two of...

Ginny & Georgia: Who Is Better For...