Hollywood and Bollywood are two of the biggest film industries in the world. While Hollywood productions have been coming to India since the ’30s, the volume isn’t all that great. Of late, though, the exchange has sort of increased, what with India emerging as a lucrative market for American films. We bring you a list of some of the recent Hollywood films set in India to help add to your movie-watching list this quarantine.

Outsourced is a cross-cultural romance and also a spoof of the back office culture. Todd Anderson (Josh Hamilton) has to travel to India when his department is outsourced. Todd is not happy but when his boss Dave informs him that quitting would mean losing his stock options, he goes to train his Indian replacement Puro (Asif Basra). Todd, whom everyone calls Toad, is flustered at first at the sights and sounds of India. He’s bedazzled by the various customs, has a major reaction to local food and can’t get his colleagues to reach the Minutes-per-Incident (MPI) under six minutes. He does fall in love, however, but as the film is set in India, there is no explicit sex involved. He experiences Holi, which stands for Indian mysticism here, and experiences a sense of calm. Later, he’s disappointed when he comes to know that the call centre will now be outsourced to China. There was definite chemistry between Josh Hamilton and Ayesha Dharker in the film. It was a goofy, feel-good comedy, carrying positive vibes towards India. 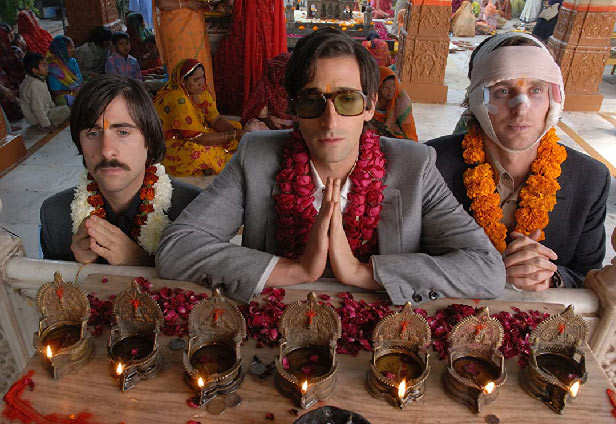 This comedy stars Owen Wilson, Adrien Brody and Schwartzman as three estranged brothers who agree to meet in India a year after their father’s funeral. Irrfan has a relatively small role in this coming-of-age film. During the course of their adventures, the three leads rescue three young boys from drowning but one passes away. They bring the body to the village and Irrfan plays the dead boy’s father. They attend the funeral and that takes them to the memory of their own father’s funeral. It makes them visit their mother, who has become a nun living in a convent in the Himalayas and the family enjoys a brief moment of reconciliation. 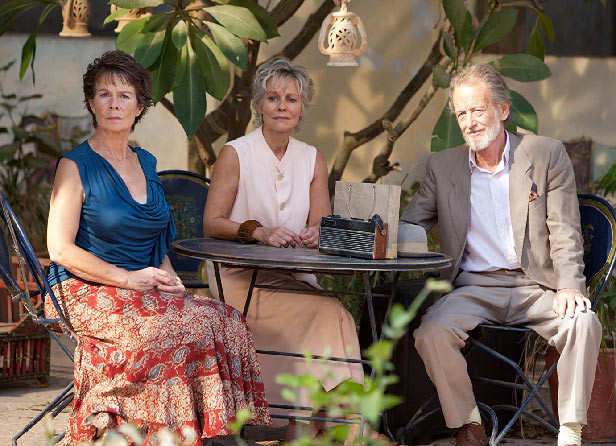 The screenplay, written by Ol Parker, is based on the 2004 novel These Foolish Things, by Deborah Moggach. Judi Dench, Celia Imrie, Bill Nighy, Ronald Pickup, Maggie Smith, Tom Wilkinson and Penelope Wilton, as a group of British pensioners moving to a retirement hotel in India, run by the young and eager Sonny, played by Dev Patel. Evelyn Greenslade (Dame Judi Dench), newly widowed, wants to have a low-budget experience, Graham Dashwood (Tom Wilkinson) seeks a long-lost Indian lover, Douglas Ainslie (Bill Nighy) and Jean Ainslie (Dame Penelope Wilton) have lost their pension in a family investment, Muriel Donnelly (Dame Maggie Smith) requires cheap hip surgery, Madge Hardcastle (Celia Imrie) seeks a rich husband, and Norman Cousins (Ronald Pickup) is a womaniser. Then there is Sonny, whose love story reads like a Bollywood film in the sense that the girl he loves is disliked by his mother. The Indian experience affects everyone differently but the changes are mostly positive. The film was shot in Rajasthan, mostly in Jaipur and Udaipur. A sequel, The Second Best Exotic Marigold Hotel, too was shot in India and was released in February 2015 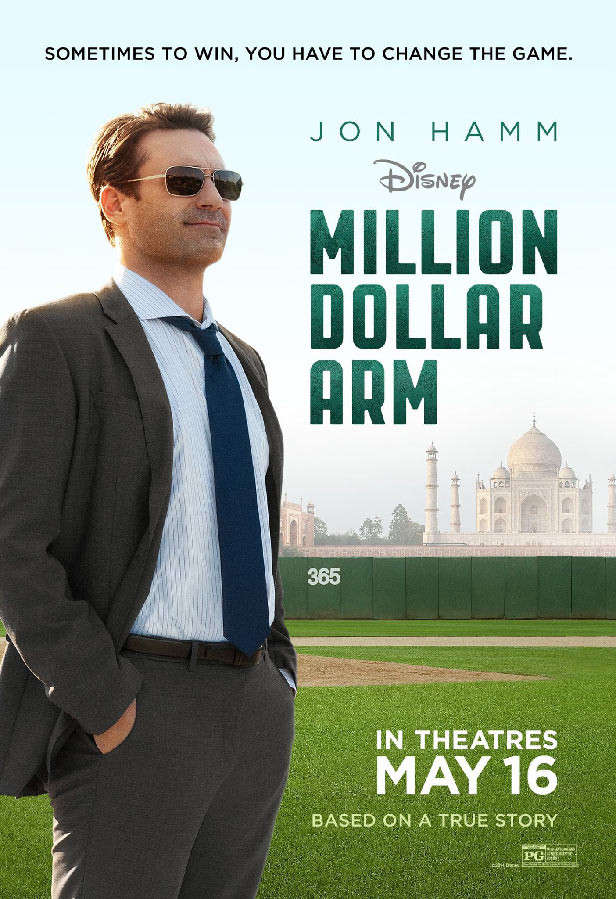 It’s a biographical sports drama based on the true story of baseball pitchers Rinku Singh and Dinesh Patel who were discovered by sports agent J. B. Bernstein after winning a reality show competition. J. B. Bernstein (Jon Hamm) is a sports agent trying to resurrect his career. Inspired by reality shows, Bernstein gets the bold idea of finding cricket players in India and training them to become pro baseball players in America. After a long search, Bernstein finds two talented, but non-cricket playing, youths, Rinku Singh (Suraj Sharma) and Dinesh Patel (Madhur Mittal). Bernstein takes his prospects to Los Angeles where they find mastering a new sport in a foreign land a huge challenge at first but slowly adapt to the conditions under Bernstein’s tutelage, who rediscovers his humanity and love for baseball as he mentors the young lads. 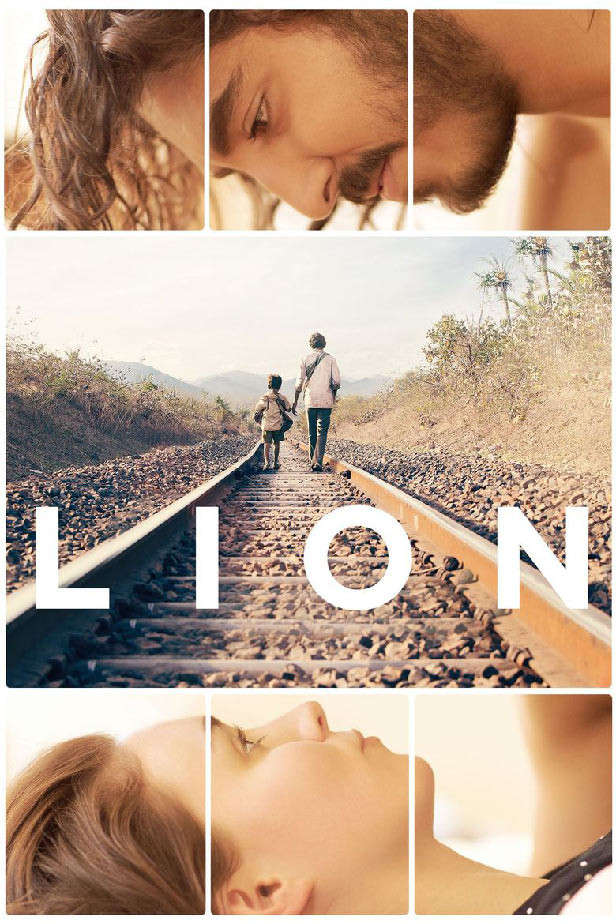 It’s a biographical drama, based on the non-fiction book A Long Way Home by Saroo Brierley. and tells the true story of how Brierley, 25 years after being separated from his family in Burhanpur, sets out to find them. In 1986, Saroo (Dev Patel) was a five-year-old child in India who unfortunately gets separated from his family and gets transported to Kolkata, which is like a thousand kilometres away. He’s picked up by an orphanage and is later adopted by a family in Tasmania. As a grown man, he uses Google to search for his biological parents. He’s wracked by guilt about what his adoptive mother Sue (Nicole Kidman) might say but she fully supports him in his quest. He has the support of his girlfriend Lucy (Rooney Mara) as well. Slowly and steadily, he retraces his steps back home. Fortunately for him, his mother, convinced that he’ll come back one day, hasn’t moved and has been residing in his ancestral village all this while. They have an emotional reunion and the film ends with a montage of actual photographs of the real Saroo meeting his actual mother. 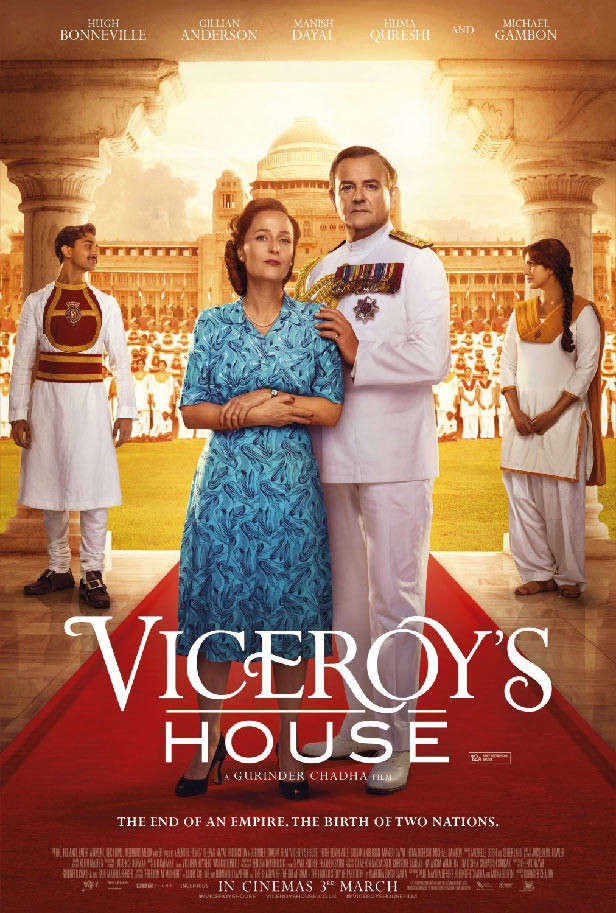 The film is a historical drama said to be based on the books Freedom at Midnight by Larry Collins and Dominique Lapierre, and The Shadow of the Great Game: The Untold Story of Partition by Narendra Singh Sarila. Lord Louis Mountbatten (Hugh Bonneville) arrives at Viceroy’s House in Delhi in 1947 with his wife Edwina (Gillian Anderson) and daughter Pamela. As the last Viceroy of India, he was chosen by the British government to oversee the dissolution of the British Raj. Mountbatten tries to mediate between, Jawaharlal Nehru, who wants India to remain intact after independence, and Muhammad Ali Jinnah, who wishes to carve a separate Muslim state of Pakistan. Meanwhile, in the staff quarters, a love story blooms between Jeet Kumar (Manish Dayal), a Hindu, and Aalia Noor (Huma Qureshi), a Muslim girl. Hugh Bonneville was hugely appreciated for it’s acting, though the film was said to be a mixed bag of sorts.

Science-Backed Strategies for Happiness (From The Happiness Lab)