Hello, readers! With the rapid development of information technology that allows you to create a variety of mobile devices, the software market receives a powerful incentive for development and improvement. Modern mobile technology is carried out by people always and everywhere (there are about five billion users of smartphones and other mobile gadgets in the world). Smartphones, tablets, and other devices play a significant role in people’s personal lives, work (it is possible to easily and quickly read a file, go to the post office, print a document using a network printer, etc.).

With the increase in sales of mobile devices, a separate area of software was gradually formed – these are the mobile applications. Information technology is flowing into the business processes of modern enterprises more and more intensively, becoming more convenient, affordable, and easy to use. It is difficult to name a business that does not use modern information technology. However, at the same time with such rapid development, the question of the convenience of obtaining data arises. It is a mobile technology that can come to the aid of e-business. Mobile technologies are the latest and most relevant trend in the development of the information technology market for business process automation. Smartphones and tablets are increasingly penetrating the corporate environment and are turning from a personal mobile device into a working tool for many executives and employees. The leaders of the company and organizations are thinking about the centralized implementation and use of these technologies in the interests of business.

The development of mobile applications in business is necessary to promote goods or services to a wide audience. Users will actively use and recommend a high-quality and convenient application to friends and acquaintances. If you create an application that takes into account the interests of potential users, it will increase loyalty and trust in the brand, as well as help optimize the performance of tasks. For example, a mobile bank allows you to control, pay bills, transfer funds, and so on. The development of mobile applications is relevant in many areas, such as transport services, restaurants and cafes, online stores, magazine business, corporate communications, and many other enterprises.

Considering the fact of how to create iOS and Android applications, the idea that the only choice for this aim is the related languages Objective-C, Swift, and Java. However, this approach has a serious drawback: when developing on two platforms at once, it is necessary to write the same pieces of code twice. Considering the different programming languages (Java and Swift), the different approaches to do the same thing in iOS and Android, the different ways to create the UI, it’s normally impossible to do anything without rewriting the code. The situation is even worse if two different developers create applications for iOS and Android because two people probably implement the same function a little differently. However, in the last few years, a whole new ecosystem of platforms for creating mobile applications has appeared.

In this article I am going to talk about one of the best frameworks for mobile and web development – React Native. What are the pros and cons of using React Native in your work?

The biggest benefit is that React Native offers much better performance than hybrid applications. The developer gets access to the entire platform and all native interface elements. This allows you to create an application with complex animations and a large number of controls. In addition, hardware functions are handled by a specific platform. React Native works without the use of WebView, so the developer does not need to worry about browser compatibility issues. Finally, React Native is based on a React structure with much better support – both from Facebook and from the active and large community. Thanks to ongoing support, React Native remains relevant, providing higher reliability and an excellent knowledge base where you can learn how to develop applications and solve problems. 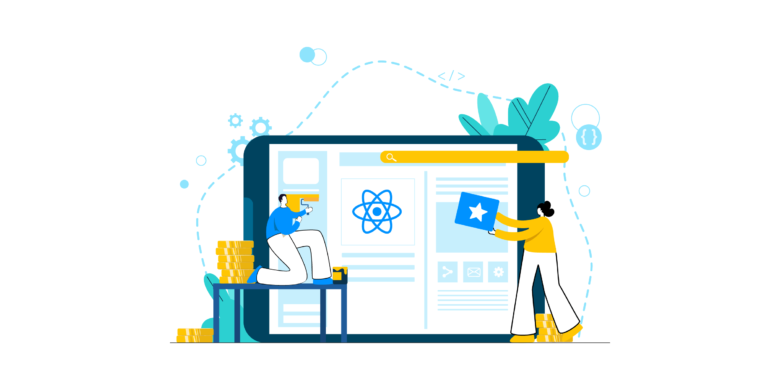 Considering React separately, it is a JavaScript library for building user interfaces, which effectively updates and renders components through work with the virtual DOM. It does its job perfectly, but at the same time, it contains nothing else that can disturb you during the working process.

It’s like cooking a whole dish from one ingredient. It is not possible to create an entire application using only to React. You will definitely need a webpack to build the code, something like CSS for styling, something like Firebase for data maintenance, and more.

Well, if your workload is limited only to web development, then one React may be enough. However, if you are also designing mobile applications, it is not possible to add a complete set of tools that will be universal. 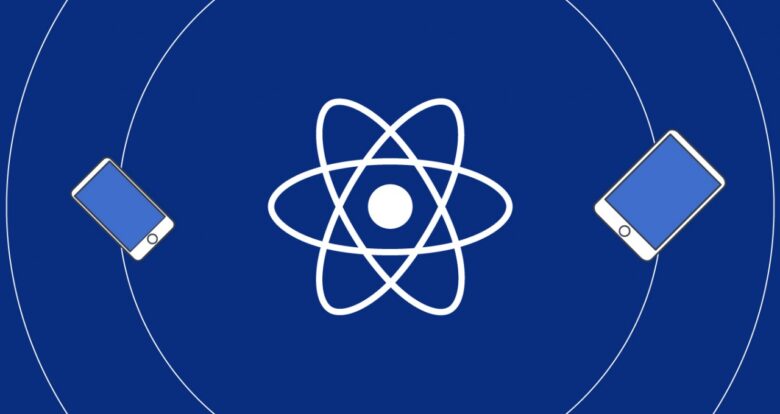 In addition to a common code base between multiple platforms, it is possible to reuse code with a web application. This is really a very interesting thing, which will reduce both the time spent on development and the number of engineers needed for the company.

Besides, this is a brief list of what React Native offers in addition to all:

Everything has pros and cons. Isn’t that right?

I talked about many positive aspects of React Native. But it has several problems, such as the large size of the application, memory leaks in Android applications due to unnecessary processes that are run in the background, slow startup of the application due to some dependencies, and so on. But you can fix and solve these problems. Android and iOS use different design principles. This means that with React Native you will have to include many if-statements along with separate code to fit the layout of the graphics. In addition, creating a high-quality user interface also eliminates the React paradigm, and we were forced to write Swift libraries when developing this application on iOS. And we are not talking about the need to accompany several configuration groups at once.

If you are planning to develop a complex application, such as an image or video editor, React Native will not suit you.

To summarize everything, I can say that when it comes to development on React Native, you have to use JavaScript or its JSX superset. Fortunately, you will have a great set of tools right there. But as for the API – it will be a bit new. Of course, with React Native you can’t do everything, but still, the functionality is enormous.

React Native is easy to learn, but it comes with JavaScript issues. Moreover, as with any other cross-platform paradigm, you need to accept the paradox of “write once, deploy to each platform separately.”

Thank you for being interested and good luck in choosing React Native development company: https://www.ava.codes/react-native-development-company

Omega Speedmaster: The First Watch Worn on the...

What Is Sports Club Management Software? And What...

A Layman’s Guide to Cloud Management

Why the Django Framework for Python is an...

The Real Story Behind The Rise Of TikTok

Where Should You Install Your Smoke Detector