Omega Speedmaster: The First Watch Worn on the Moon


Are you interested in purchasing a luxury yet functional watch? If so, have you considered an Omega Speedmaster with tags and box? After all, it is known as the first watch to be worn on the moon. This and many more, you can check on Chronext.

Therefore, the question that begs is, why is this chronograph such a legend in today’s world?

By way of answering this question, let’s consider the following points.

1. Omega: A brief history of its origins

The brand originated in 1848 in a small Swiss village with the original name Louis Brandt & Fil. And its first series-produced calibre (an in-house watch movement), the Labrador, was launched in 1885.

It is interesting to note that repeater watches help the visually impaired tell the time. They would also tell the time in the dark before the advent of electricity. As a result, minute-repeating watches sought after by watch collectors for their complex mechanisms, masterful engineering, and beautiful acoustics.

The company changed its name from Louis Brandt & Fil to Omega in 1894. The reason for this change is that the company developed the Omega calibre (or movement) for use in all their watches.

The quality of the Omega calibre is well known. Omega watches have broken several precision records. In 1931, at the Geneva Observatory trials (the Olympics of watchmaking), Omega placed first in all six categories.

Finally, the first watch to be worn on the moon was the Omega Speedmaster Professional, worn by Buzz Aldrin. Consequently, most US astronauts will only wear a Speedmaster.

2. The Speedmaster: Establishing the motto “greatness and perfection” 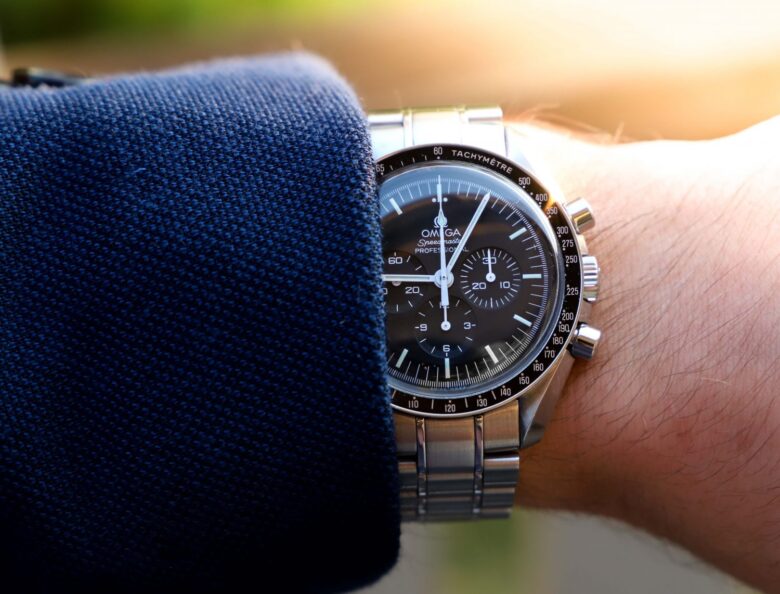 The brand name Omega is the Greek word for “greatness and perfection.” And this phrase perfectly describes the Speedmaster watch.

As an aside, Omega not only produces technologically advanced sports chronographs, but it also manufactures elegant dress watches.

However, it is the sports watches that demonstrate the brand’s design and manufacturing excellence. Let’s expand on this statement by looking at the Speedmaster’s features.

The Speedmaster, or Moon watch, is Omega’s defining product. Although it has manufactured many different deviations from the Speedmaster, this is considered the quintessential Omega chronograph. In summary, it comprises three registers, no date, and a manually wound watch movement from Lemania.

The Speedmaster was launched in 1957. At the time, these timepieces made up a tiny percentage of all watch sales for each major watch brands. These functional watches were specifically manufactured for a specific purpose such as an engineer, a doctor, or another sportsman like an Alpine Skier or climber and a long-distance or ocean swimmer. Wearing sports chronographs by the casual wearer only became popular in the mid to late 1970s.

The Speedmaster’s unique or defining features include…

Wikipedia.com describes the TPM as a “scale sometimes inscribed around the rim of an analogue watch with a chronograph.”

Its primary function is to compute the “frequency in hours of an event of a known second-defined period, such as speed (distance over hours) based on travel time (seconds over distance), or measure distance based on speed.”

In other words, the Speedmaster’s TPM can be used to measure a car’s speed over time. It is interesting to note that the original advertisement for the 1957 Speedmaster was titled: “For men who reckon time in seconds: The Omega Speedmaster.”

The advert highlighted the TPM’s function by showing two racing car enthusiasts racing both each other and “the clock” using the TPM, defined as units-per-hour.

The Speedmaster’s main selling point was its ability to calculate time in seconds. Therefore, the chronograph’s original target audience were scientists, movie directors, as well as athletes and their coaches.

The Speedmaster’s movement or calibre is housed in an asymmetrical, triple-sealed, stainless-steel case. Thus, the watch is waterproof to a depth of 200 feet or 61 metres. It is essential to be mindful that the watch’s waterproof nature is not permanent. Because rubber seals are used to seal the different parts of the stainless-steel case, these rubbers can perish over time. Therefore, they must be regularly checked to ensure that the seals are functioning optimally and are crack-free.

Finally, it is shockproof and antimagnetic. Omega specifies that its Speedmaster Professional Diver Quartz is shock resistant to 5 000 Gs (G-force). Omega does not usually specify each mechanical watch’s shock-resistant values. Suffice it to say, they meet the Swiss industry standards. 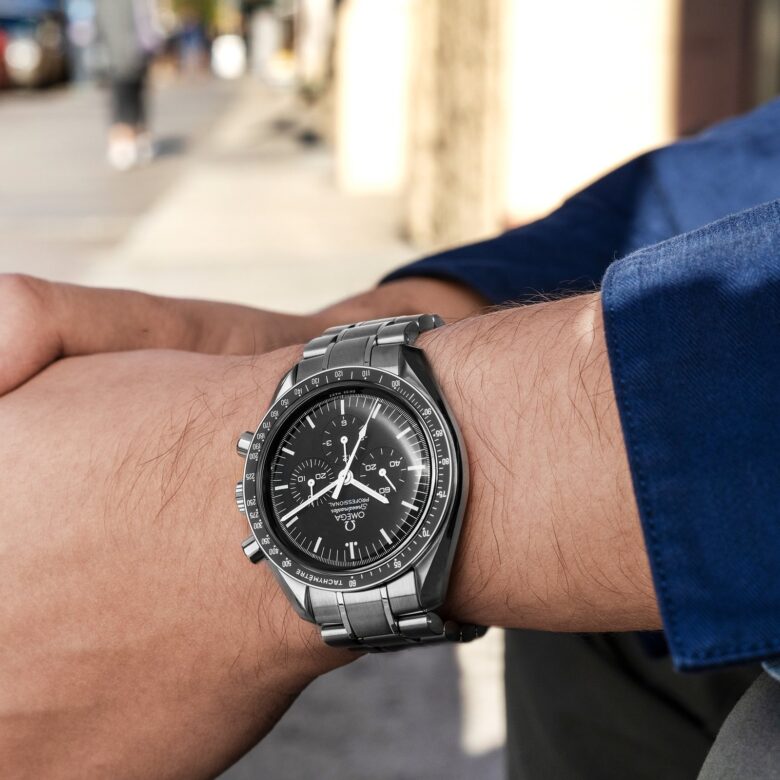 It is thought-provoking to note that the Omega Speedmaster is the first watch to be certified by NASA (US National Aeronautics and Space Administration) for manned space flights. NASA conducted a series of tests to determine which chronograph would survive on space flights and spacewalks. The Speedmaster is the only timepiece certified for spacewalks and one of 4 accredited watches for flights into outer space. It went on all six lunar missions.

Interestingly enough, both Buzz Aldrin and Neil Armstrong left for the moon from earth wearing Speedmaster watches. However, Armstrong left his chronograph behind on the spacecraft, the Eagle, because the mission timer had malfunctioned. Therefore, this watch functioned as a backup mission timer. Succinctly stated, Armstrong and Aldrin were concerned that if both watches ended up being damaged during the 2.5-hour moonwalk, they would not have a possible backup for the mission timer. 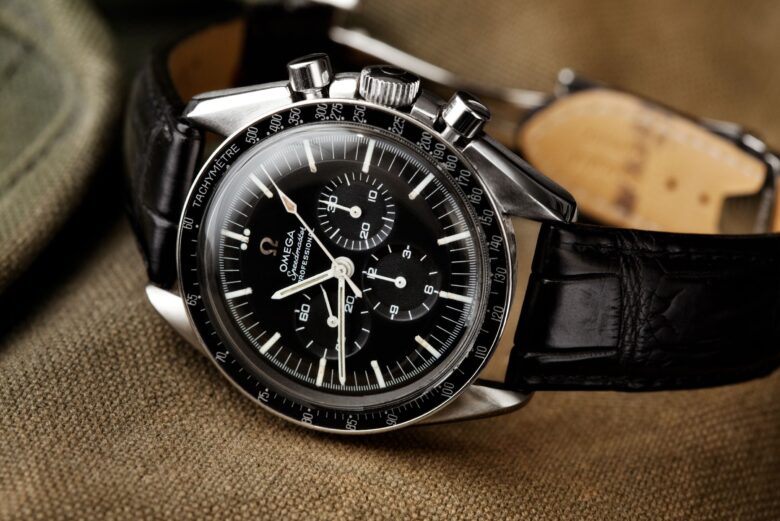 The fundamental reasons why chronographs like the Omega Speedmaster are so sought after are their rarity and the technologies encased in the watch. This is because their original target market was much smaller than the market for luxury dress watches. Consequently, it is a good idea to invest in a Speedmaster as soon as possible; otherwise, you might lose out on ever owning one.

How Tech Has Improved the iGaming Market

What Is Sports Club Management Software? And What...

A Layman’s Guide to Cloud Management

Why the Django Framework for Python is an...

The Real Story Behind The Rise Of TikTok

Where Should You Install Your Smoke Detector

3 tech strategies emerge as vital for...

An Overview of Continuous Integration of SQL...