Trending Now
65+ Canadian Brands to Shop This Black Friday and Cyber...
#shorts#technology#zflip#samsung Samsung new phone Zflip😱💥🔥#technicalguruji #ytshorts
Black Friday Is Packed With Tons of Exercise Bike Deals
Channel migrant deaths: Smugglers net millions per kilometer
Bank leverage constraints and bond market illiquidity during the COVID-19...
The Economist on the growth of government
World News From 100 Years Ago – January 1921 I...
Womanhood cast on BBC Two – who’s in it and...
World on Alert as U.K. Reports Cases of Omicron COVID-19...
Murray Rothbard versus the Public Choice School
Finance

Notes on a statistical scandal

The power struggle at the top of the fund involves: a three-way tussle for influence between the US, Europe and China; rivalry between Georgieva, former chief executive at the World Bank, and the current, Trump-nominated bank president David Malpass; and domestic US politics. (Democrats have long disliked the Doing Business report’s low-regulation tone.)

The accusation is that in 2017 the World Bank’s leadership, including Georgieva, pressured the Doing Business team to improve China’s ranking in order to keep the Chinese government happy. The case for the defence is that Georgieva’s team were merely double-checking a sensitive number, that China’s ranking barely moved (from 85th to 78th), and anyway China is now ranked far better (25th) than when Georgieva was at the bank. The fight is as fascinating as it is unedifying.

Yet I see the demise of Doing Business as a statistical cautionary tale, and we’re in danger of learning the wrong lessons.

I should declare a personal interest here. In 2004 and 2005, I worked at the World Bank, sharing office space with the team who compiled the first Doing Business reports. They were my colleagues and, in some cases, my friends. The data they collected aimed to shine a light on an important problem in development: entrepreneurs who struggled with basic processes such as registering a new business, enforcing a contract or clearing customs checks.

The very first Doing Business report begins with the tale of Teuku, a hypothetical entrepreneur in Jakarta whose plans to open a textile factory are delayed for nearly six months as he deals with endless bureaucratic steps. If Teuku were Australian, it would have taken two days.

Doing Business tried to track systematically the time and expense required to start a business, hire or fire workers, or get a court to enforce a contract. These and other measures were based “on assessments of laws and regulations, with input from and verification by local experts who deal with practical situations of the type covered in the report”.

The team in Washington DC would go back and forth with local lawyers and accountants, eventually assembling a step-by-step description of each process in each country.

There is a great deal to admire in this effort. Everyone knows that red tape can be a problem, but Doing Business could be more specific about the obstacles and how to remove them than a survey which identified general problems with corruption or a “poor business environment”.

However, there were complaints almost immediately. Some were self-interested: no country wanted a bad ranking. More interesting is the objection that the project always talked about the ways in which government is an obstacle rather than a support to economic activity.

And there are more technical objections too: for example, because Doing Business focuses on formal rules, it could miss the ways in which local entrepreneurs and officials might bend or bypass those rules.

A recent review of the project by independent experts called for substantial changes to the methodology and “a major overhaul of the project”. But the same external panel also called Doing Business “a unique source of comparable global data . . . potentially of great value”. I agree. It may be imperfect but that is true of many social and economic statistics. It is transparent, useful and it refreshes the parts that more conventional economic indicators cannot reach.

This newspaper recently celebrated the demise of the Doing Business indicators, complaining that countries were “expressly changing policies to score better”. That is a strange objection. Unless the indicators are valueless, when countries try to score better that is a feature, not a bug. 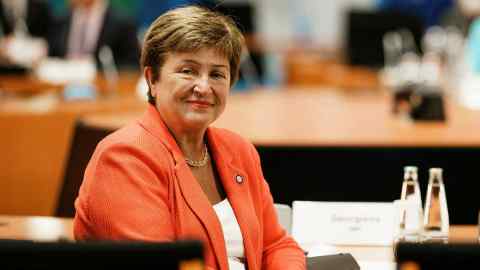 Nor are the claims of political interference a good reason to abandon a statistic. Statistics should always be, and be seen to be, independent of meddling. But I cannot recall anyone calling for countries to stop measuring inflation or deficits because the numbers coming out of Argentina and Greece made no sense. If numbers are worth manipulating, they may also be worth defending.

I called my old boss, Michael Klein, long retired from his role as World Bank vice-president, and one of the creators of the Doing Business project. He remains convinced that the data are useful and transparent: “GDP data are not any better or more easily replicated.”

But Klein has one regret: the original decision to publish an overall ranking of which countries were the best and the worst in the world for doing business. Such aggregate rankings make little sense, but they are ubiquitous because they are clickbait.

The Doing Business aggregate ranking was no exception. Without it, the report would never have received so much attention. But without the ranking, it is doubtful anyone would have cared enough to try to manipulate the data.

On the Primacy of the Physician-Patient Relationship, From an Unlikely Source – The Attorney General of Nebraska

Zalmay Khalilzad sticks by his Taliban deal, says the U.S. should have pressed President Ghani harder

Literature and the “Class War”

Why Don’t We See Headlines Touting the Pentagon’s...

How trade is helping companies ride out the...

The Battle over the Free Market