Trending Now
The Folding Electric Scooter Bike
Financial Accounting vs. Managerial Accounting
Roman Wellington Banks on Going From Broadway to HSMTMTS
Biden–Putin Summit Ends With Russian Leader Showing Off
The 2021 Corporate Bamboozle On World Food Systems
Why the Neoliberal Drive to Privatize Everything Is Running Out...
Why the U.S. economy is making a comeback, what Biden's...
John Legend Defends Chrissy Teigen Amid Michael Costello Drama
Ethiopia heads to the polls against a backdrop of insecurity
Market Talk – June 18, 2021
Entertainment


The second I saw Netflix’s Indian Matchmaking come up on my TV’s home screen, I excitedly texted a bunch of my Desi friends to see if they’d heard anything about it. This past year was a big one for the Indian community, with Mindy Kaling’s Never Have I Ever resonating with so many people. I’m not saying that there weren’t any stereotypes that caught me off guard on the show (like some of the character’s fake accents or the opening scene where Devi’s praying over a book for good grades), but there were some moments that really hit home for me in the coming-of-age comedy.

While I was excited to see something related to the Indian culture get the spotlight yet again, it sort of felt like a personal secret was about to be exposed to the world. I was a little worried how Indians would be portrayed, especially to people who aren’t familiar with a culture where arranged marriages are considered the norm. Would the show go into complexities and nuances that come with matchmaking? Was the show purely for entertainment like Million Dollar Matchmaker or 90 Day Fiancé — both of which are thoroughly addicting, IMO — or, would it dive deep into the ugly side of arranged marriages and talk about women “who have been at the receiving end of soul-crushing rejection and unfiltered critique,” as one of our contributors, Nandita Godbole, thoughtfully pointed out in her essay. 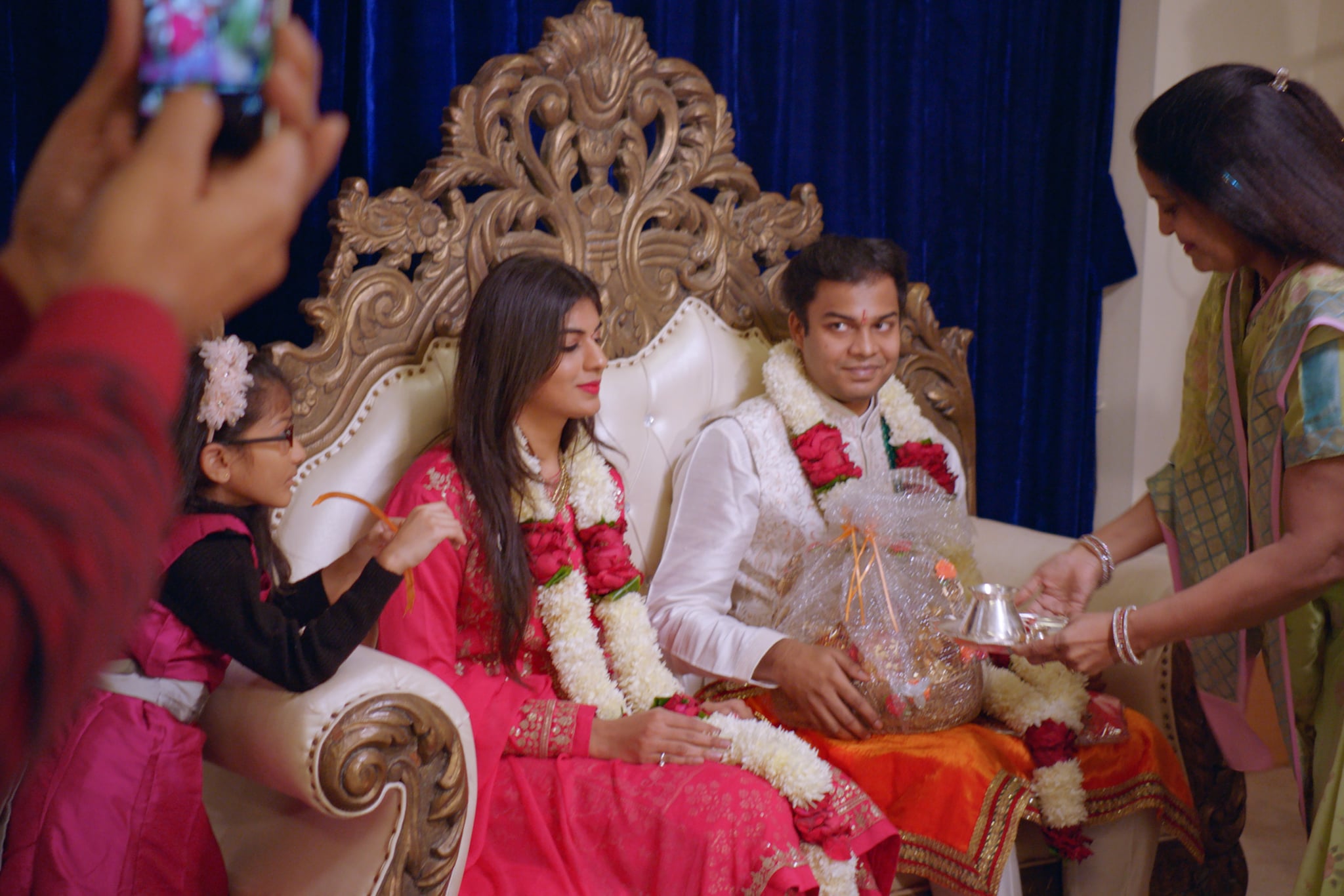 Being Indian, I’ve been asked about arranged marriages my entire life and have had to answer questions like, “Do you get to choose who you want to marry or do your parents choose for you?” I would be lying if it didn’t bother me, especially since I ended up with someone who isn’t Indian. Having been born in New Jersey but grew up in places like Dubai and Mumbai (you can just call me Nikita Charuza From Mumbai), I know plenty of people who have had both arranged marriages and “love marriages.” I understand the phrase “love marriage” sounds ridiculous even as I type this, but it really is divided up into these two categories. You sort of get lumped into one of those two buckets even though no two stories are the same. My parents had a “love marriage” and I was lucky enough that they supported my decision to marry whoever I wanted. At the same time, I also have friends and family members who had arranged marriages and you wouldn’t be able to tell the difference because of how happy they are. Some have even compared it to being another outlet for getting introduced to potential partners like dating apps, but there are a lot of societal pressures that come with choosing that route.

In a way, I felt like the show has derailed us back to square one by not tackling issues like sexism, casteism, and colorism, which were so blatantly showcased on the show.

That being said, I’m not oblivious to the fact that there are women who don’t have a choice and are treated as transactions with arranged marriages and the multitude of pain they have had to endure. I also know people who have given the matchmaking process a try and ended up leaving the situation pretty quickly because of women like Sima. What I feel like the show took away from Indians today is how much we’ve progressed from these age-old stereotypes of South Asian customs and traditions. In a way, I felt like the show has derailed us back to square one by not tackling issues like sexism, casteism, and colorism, which are so blatantly showcased on the show.

One such example is when we are shown the biodata of what the cast members are looking for in potential partners. Biodata is pretty vital when it comes to the matchmaking process and you can think of it sort of like an extended version of an online dating app bio or a personal résumé. The producers had an opportunity here to talk about issues like casteism and how it shouldn’t come into play when it comes to deciding what qualifies someone to meet a potential partner. But instead, they doubled down by giving someone like Sima (who believes in those exact outdated beliefs) the power to use those issues against the cast. She even takes things a step further by using casteism and sexism as reasons to why she was “struggling” to find them partners. One of the most obvious examples is when Richa is introduced at the end of the series. When listing out what she was looking for in a significant other, Richa says she wants a man who is “not too dark, you know, fair-skinned.” I winced when I heard her say that. However, Sima and the producers simply brush it off as if it was nothing rather than having an open dialogue about how wrong that is.

Still, there are definitely moments on the show that had pure entertainment value like Sima introducing herself as “Sima Taparia From Mumbai” every two seconds and Aparna saying things like she hates comedy and doesn’t find beaches relaxing. My friends and I even started introducing each other like Sima when talking to each other because, like the rest of the world, we found it funny that she wanted to everyone to know where she was from. I found myself being sucked in and wanting to watch one episode after another. It seemed like I had found my answer: the show is purely created to entertain. Two cast members I was drawn to the most were Aparna Shewakramani and Nadia Jagessar, who I actually went to high school with in New Jersey. (I guess the one stereotype of every Indian person somehow knowing one another is true, in this case.) I personally feel like Aparna got so much flak for just knowing what she wants in life based on how the show was edited. While talking with Aparna, she told me, “I certainly wasn’t portrayed as I expected. The more thoughtful viewers are understandably upset to see a woman who is strong and successful be vilified for asking for what she wants and believing enough that she deserves it.” Watching the show back, Aparna saw how certain situations were taken out of context. “The hardest moment was definitely seeing that the viewer didn’t get the full Srini story. My family and I were not upset with him because of his professional choices. Instead, there was a lot that happened off-camera that made me very uncomfortable and hurt. It was hard for me to watch the scene being portrayed so out of context.”

I think what’s important to remember here is that the show should be taken as face value: it’s a reality TV show that’s sole purpose is to entertain, not educate.

While watching the show, I found myself screaming at the TV asking myself why someone would even help perpetuate these damaging stereotypes about South Asian women and put it out into the universe. Aparna definitely took the hardest hit when it came to that. When asked how she felt about how some viewers reacted to her standing her ground when it came to the qualities she’s looking for in a significant other, Aparna revealed, “I would say that it’s our chance to really examine how we digest media and the ‘reality’ of what is being fed to us, so we can become more educated consumers. While I am happy that my portrayal on the show is sparking a healthy debate, I also think viewers should consider how this show merely presents two-dimensional archetypes that assist in discussing the main topic of arranged marriage in India and throughout the South Asian diaspora.”

In the past (or how Sima currently views things), being divorced was a liability when it came to finding love and it’s a permanent mark on your record. When Rupam, a divorced single mom, ended up finding her match on Bumble, I screamed for joy because I was appalled by how Sima treated her. Though, I would be lying if I said that there aren’t people in the Indian community who’d react the same way as Sima. Being divorced is a giant “X” written in red on your record that alerts the rest of the world that something is wrong with you (even if like in Rupam’s example, that’s far from the case) and you don’t deserve to be happy because of that. I feel like that’s the old way of thinking and I’ve been so proud to see how much we’ve progressed over the years. Maybe the show should have focused on calling that out and showing how far we have progressed — not everyone has to be “flexible,” as Sima says repeatedly throughout the show. 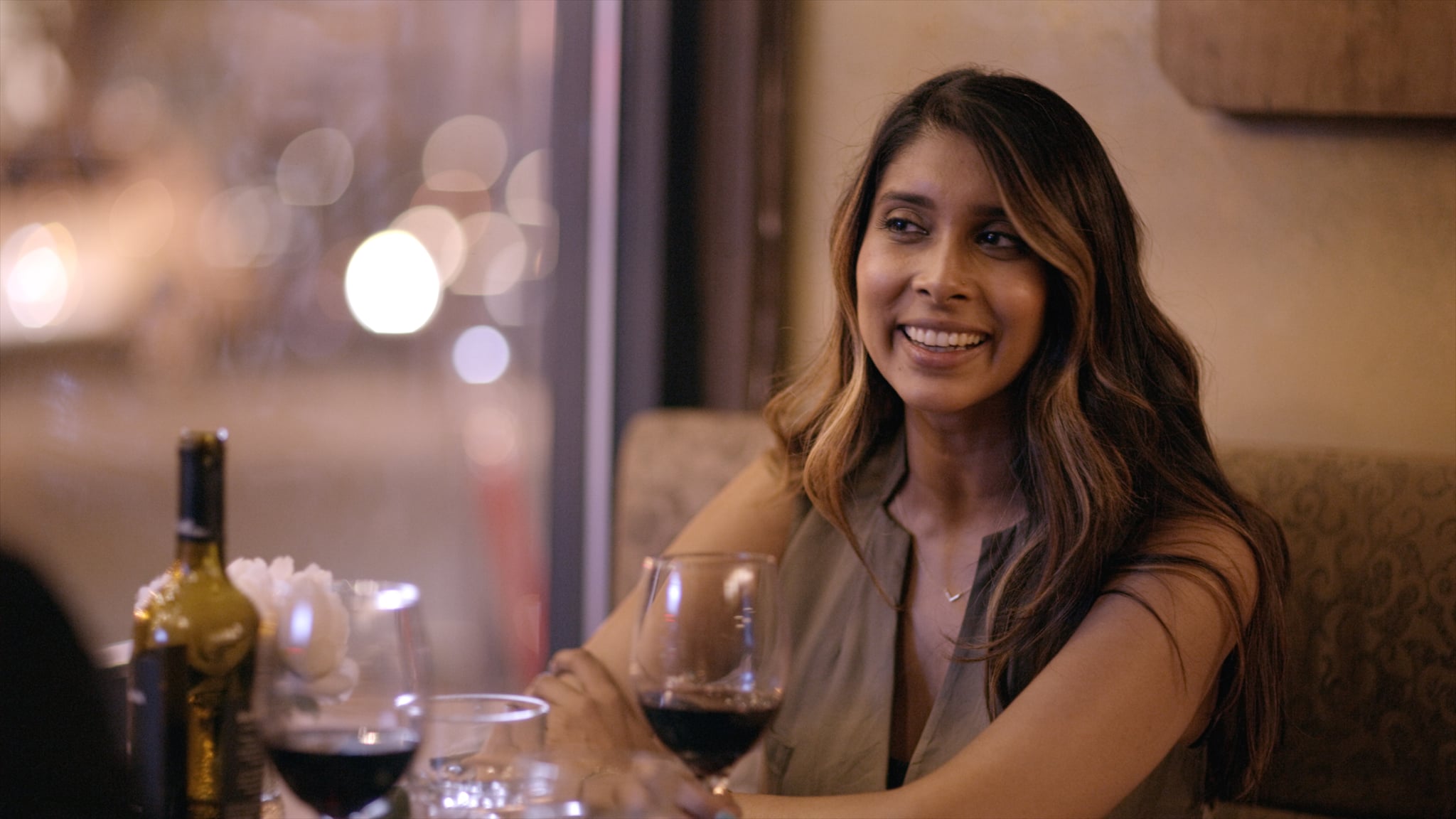 “I think there were moments where the women were portrayed as more ‘difficult’ and we need to be more ‘flexible,’ but as a modern, independent woman, I hope others are inspired to level the playing field and realize that we should stand up for ourselves and what we believe in; if that makes us ‘difficult’ then so be it. We don’t need to lower our standards or requirements to find a partner,” Nadia told me during our interview.

Like Rupam’s divorce, being Guyanese is seen as a liability when it came to Nadia’s journey on the show. “That was tough to watch because it reinforced every stereotype I had faced dating Indian men in the past,” she explained. “I was open to finding an Indian man, but would they be open to me because I was Guyanese? It has been a pain point in a lot of my previous relationships! Would these men want to take the time to learn about my culture? To realize that we are not that different? To realize that my values make me a good person and not where my family is from?”

I think what’s important to remember here is that the show should be taken as face value: it’s a reality TV show that’s sole purpose is to entertain, not educate. Was the show binge-worthy and entertaining to watch? One-hundred percent. What I feel like it lacked was that it’s not an accurate lens into the world of matchmaking, but rather just another addicting reality TV show. The producers should’ve thought more about how it could perpetuate stereotypes to a world of people who don’t know much about a culture that is so rich with history. Who knows, maybe “the stars were not aligned” when it came to the show breaking down stereotypes.

The Shifting Definition of Terrorism in State Politics

Why the Bank of Canada is suddenly concerned about economic growth

What is everyone watching today, Thursday June 17?

What We Can Learn From Olivia Rodrigo’s Birth...

The Supreme Court Has Squashed the GOP’s Decade-Long...

Products you need right away if you...