Many Of Colombia’s Ex-Rebel Fighters Rearm And Turn To Illegal Drug Trade : NPR

In an image from a YouTube video released on Aug. 29, 2019, shows Former senior commander Iván Márquez (center) and fugitive rebel colleague, Jesús Santrich (wearing sunglasses), of the Revolutionary Armed Forces of Colombia at an undisclosed location announcing they are taking up arms again. 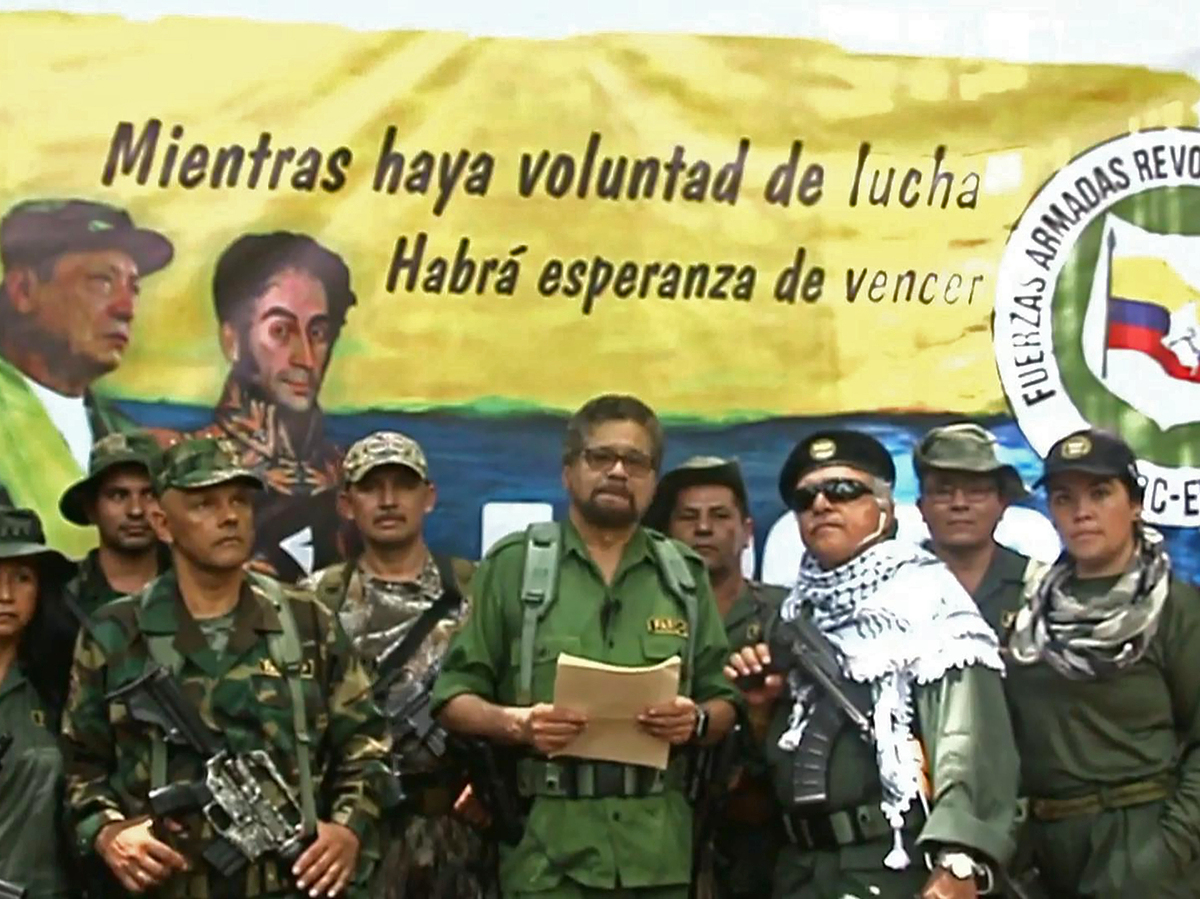 In an image from a YouTube video released on Aug. 29, 2019, shows Former senior commander Iván Márquez (center) and fugitive rebel colleague, Jesús Santrich (wearing sunglasses), of the Revolutionary Armed Forces of Colombia at an undisclosed location announcing they are taking up arms again.

It didn’t take long for Huber, a former Marxist guerrilla, to give up on peace.

A former member of the Revolutionary Armed Forces of Colombia, known as FARC, Huber disarmed under the country’s 2016 peace treaty. But he says the government failed to help former fighters transition to civilian life and that many have been killed.

All this prompted Huber, who asked to be identified only by his first name, and other disgruntled ex-rebels to take up arms once again.

“If people are going to try to kill me, I have to defend myself,” Huber says from his hideout in a sprawling slum in Tumaco, a Pacific coast city near the Ecuadorian border.

Besides dealing with the coronavirus outbreak, Colombian authorities are trying to keep a fragile peace process on track. Under the peace treaty some 13,000 FARC guerrillas have turned in their weapons, ending a half-century of fighting that killed 220,000 people.

But almost immediately, some former rebels began drifting back into the mountains and jungles. They have formed more than two dozen armed groups totaling about 2,300 members, though not all are ex-FARC guerrillas, according to news reports citing Colombia’s military.

For decades the FARC attacked army and police patrols in its quest to overthrow the Colombian government. But the new groups focus on drug trafficking, extortion and illegal gold mining, said Gen. Adolfo Hernández, the army commander in Tumaco, which is a jumping off point for cocaine-laden boats bound for Central America and Mexico.

In an interview, Hernández pointed out that proceeds from drug trafficking long helped the FARC fund its insurgency. He said the rearmed rebels “want to go back to doing what they’ve always done.” 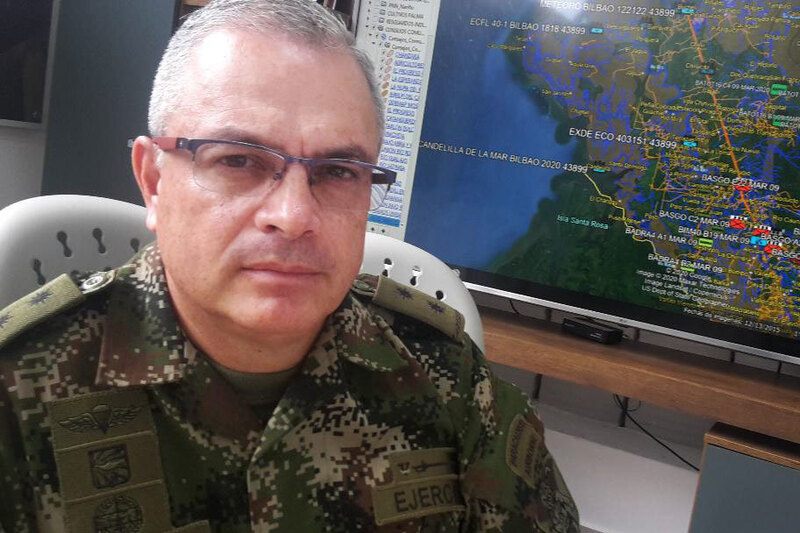 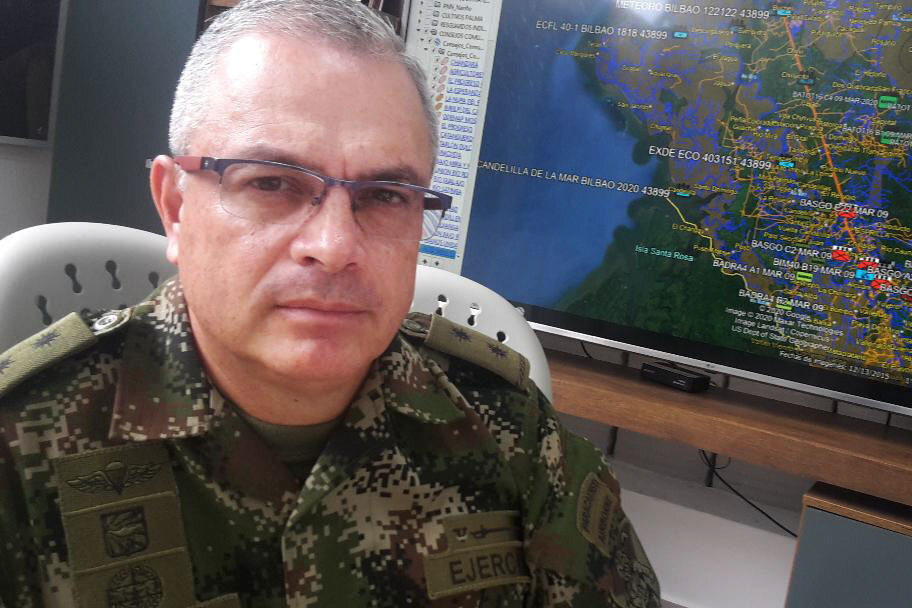 Fueling this exit from the peace process is the fact that many former rebels have few job skills to flourish as civilians.

One example is Robinson Araujo, who dropped out of school after fifth grade and joined the FARC as a teenager. He told NPR that he spent much of the war as an urban militiaman in Tumaco, collecting cash from drug traffickers who were allowed to operate in FARC-controlled areas in exchange for regular payments.

Since the peace treaty was signed, Araujo, 48, has been in and out of jail on drug-trafficking charges and briefly joined a group of rearmed FARC rebels who made headlines in 2018 for kidnapping and killing three Ecuadorian journalists. Along the way, Araujo fathered 16 children.

In the interview, he acknowledges making mistakes but also blamed the government for ignoring the demobilized rebels. Speaking from a waterside slum in Tumaco as helicopters from the nearby army base flew overhead, Araujo said: “They promised to generate jobs and education but we are still waiting.” 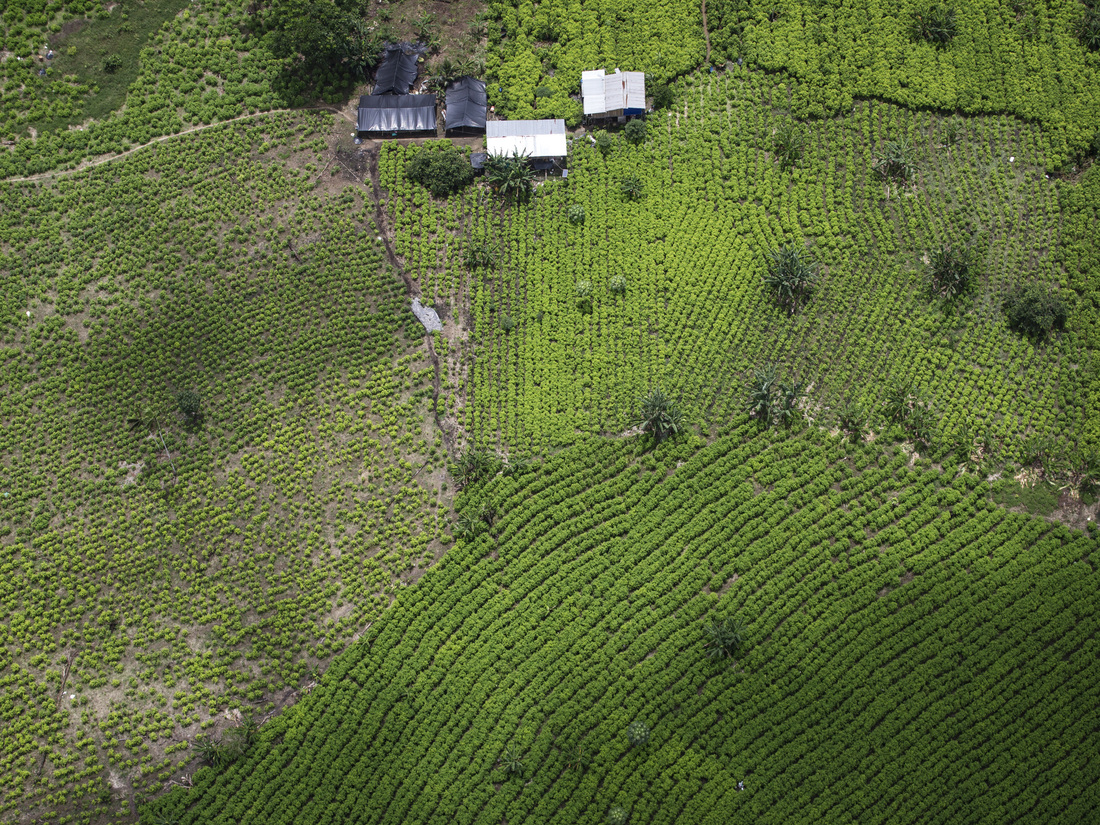 A plantation of coca, the main ingredient in cocaine, is seen in this aerial photograph taken above Tumaco, Colombia, on Feb. 26. The country’s military says former rebel fighters have turned to drug trafficking and other illegal operations in the area. 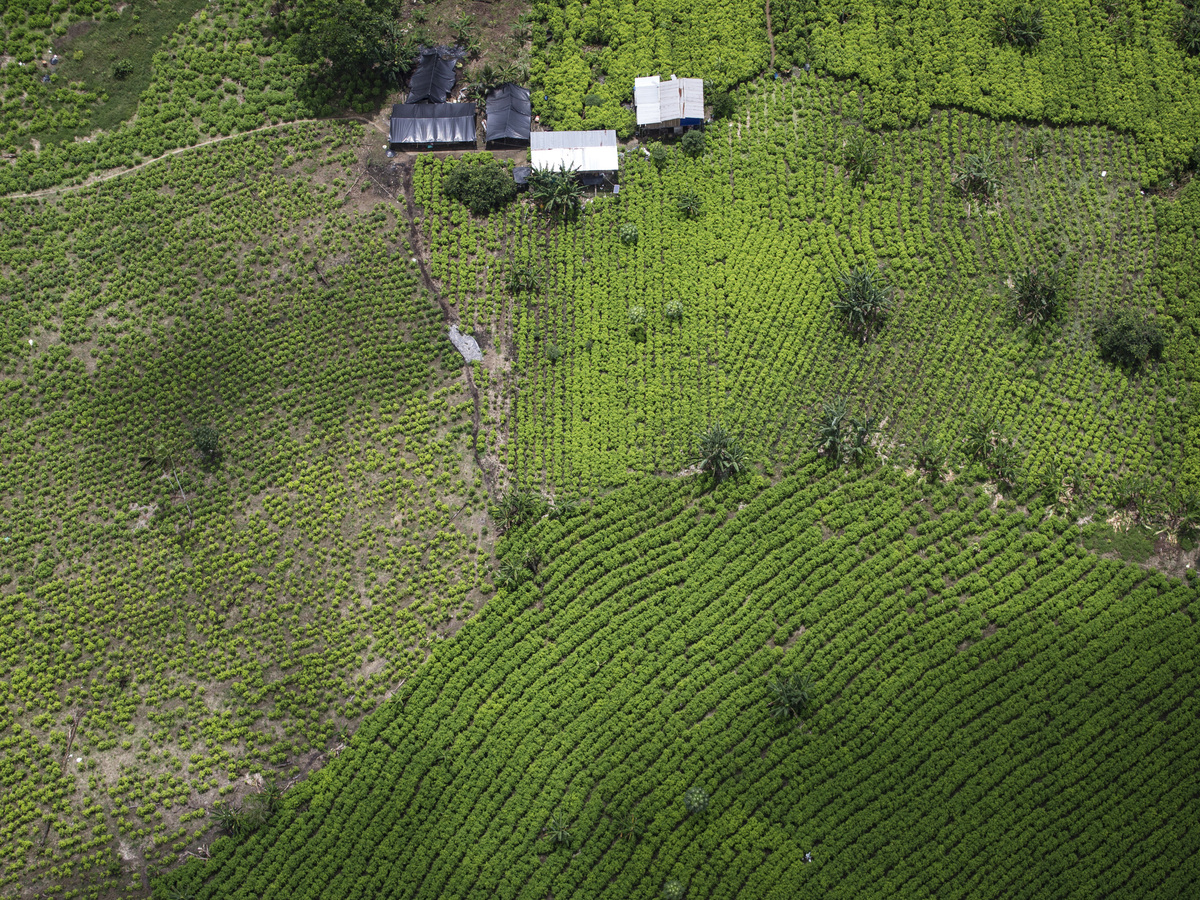 A plantation of coca, the main ingredient in cocaine, is seen in this aerial photograph taken above Tumaco, Colombia, on Feb. 26. The country’s military says former rebel fighters have turned to drug trafficking and other illegal operations in the area.

Other places transitioning from war to peace have faced similar problems. From Nicaragua to Northern Ireland, a small percentage of demobilized guerrillas and paramilitary forces have rejected peace accords and rearmed, at least temporarily.

Colombia’s 300-page peace treaty is one of the most ambitious because it goes far beyond the initial task of disarming the guerrillas. It has allowed the FARC to set up a legal political party while its commanders can avoid prison if they tell the truth about kidnappings, massacres and other war crimes.

For former rebel foot soldiers, meanwhile, the treaty mandates temporary monthly cash stipends, job training and education. The government also promised to protect them from revenge killings and to build roads, schools and hospitals in regions once controlled by the rebels.

In a report last year, the University of Notre Dame’s Kroc Institute for International Peace Studies, which monitors peace agreements in 34 countries, described the level of treaty compliance in Colombia as “comparable to other comprehensive peace agreements.”

But both the government and the FARC have been derelict in some of their duties.

Many former rebel leaders have refused to cooperate with a special transitional justice court. The government, in turn, has been slow on its commitment to build roads, schools and hospitals in former rebel territory. And although government bodyguards accompany some former rebels, about 200 have been killed, according to a United Nations team monitoring Colombia’s peace process, often in revenge killings since the peace treaty was signed.

The most high-profile former FARC commander to rearm is Luciano Marín — better known by his nom de guerre, Iván Márquez — who spent four years in Cuba negotiating the peace treaty with Colombian government envoys. In a video released last year, Márquez — dressed in combat fatigues and surrounded by rifle-toting colleagues — declared: “The guerrilla struggle continues because the government has betrayed the peace accord.”

Still, Márquez may have had other motives for rearming. Although he was given a temporary seat in Colombia’s senate under the peace accord, he never showed up to be sworn in and went into hiding in 2018 when his nephew was extradited to the U.S. on drug smuggling charges. Soon after, the U.S. State Department revealed that Márquez himself was under investigation for cocaine trafficking.

Amid the coronavirus lockdown, cocaine production in some areas of Colombia are being squeezed while flight cancellations and border closures have made life more difficult for smugglers, according to a new U.N. report. But noting major seizures at European ports, the report said that cocaine is increasingly being moved by sea and that “the trafficking of large shipments of cocaine is still ongoing.”

One cog in this drug supply chain is Huber, the former FARC fighter in Tumaco who gave up on the peace process. Several factors prompted his conclusion that life as a civilian wasn’t working. A high school dropout, he had few job qualifications. He also received threats for having worked for 10 years securing food, medicine and ammunition for the guerrillas.

So Huber and several other ex-FARC members formed a new armed group called the Alfonso Cano Western Block, in honor of a former top rebel commander. In a brief interview, Huber, who wore civilian clothes and was unarmed, described the new organization as a self-defense group.

But Colombian officials call it a drug-trafficking gang and have issued a warrant for Huber’s arrest.

“A lot of it comes down to the lack of opportunity and the lure of the drug trade,” said Kyle Johnson, who spent months in Tumaco interviewing rearmed rebels for the International Crisis Group. “That leaves a lot of people with one foot in the peace process and one foot in the drug trade.”

5 things to consider when booking a family ski holiday

Best films of Bruce Willis down the ages

Hurricane Sam forecast to rapidly intensify into a...