Maika Monroe and Avan Jogia Talk About The Stranger on Quibi

We’ve all heard horror stories about less-than-enjoyable ride-sharing experiences, but none are quite like what we’ve seen on Quibi’s show The Stranger. The psychological thriller, starring Maika Monroe (Greta) and Avan Jogia (Now Apocalypse), centers on a woman named Clare (Monroe) — a new Los Angeles transplant and aspiring writer who becomes a late-night driver. She picks up a passenger, Carl E. (Dane DeHaan), and the two make casual small talk before things take a dark turn. And we’re talking really dark, as in Carl E. is actually a sociopathic, technically savvy serial killer whose next target is Clare. Once he reveals his intentions, Clare escapes but finds herself in a deadly game of cat and mouse. She eventually meets a gas station employee, J.J. (Jogia), who joins her in trying to get away from the murderer.

If the show sounds both terrifying and enthralling, that’s because it is. But behind the jump scares, creepy text messages, and camera hacking, there are stories within the story. It’s about a woman who’s painted as “crazy” and unhinged when she tries to warn people that she’s in danger; it’s about a man who genuinely believes people are nothing more than parts of an algorithm. And it’s about how technology can be your best friend or your worst enemy.

“The horror genre gets people’s attention. You’re able to tell a cautionary tale in a very extreme way or an unrealistic way, but it’s very powerful.” — Maika Monroe

Monroe, who also chatted with POPSUGAR, added that the frightful approach to making such social commentary has its benefits. “The horror genre gets people’s attention,” she said. “You’re able to tell a cautionary tale in a very extreme way or an unrealistic way, but it’s very powerful.” She attributes The Stranger‘s impactful storytelling to the writer and director, Veena Sud — the mastermind behind Netflix’s Seven Seconds. “That was a really big reason why I wanted to do the show,” she said. “I remember meeting with her for the first time. She’s just awesome and has so many cool ideas, especially with the new platform. She has such a grasp on how to make it work within this brand-new space.”

Jogia praised Sud as well, adding that his involvement in the project also stemmed from his curiosity about Quibi. “Veena is amazing,” he said. “But I also was interested in the platform. It’s an interesting way of consuming content. It’s basically a movie broken up into 10-minute episodes. Every medium throughout the history of entertainment has changed the way we perform, so I’ve always been interested in being a part of those changes in the industry.”

Still, both Monroe and Jogia noted that there aren’t too many differences in filming for a regular series versus a show on a platform like Quibi, except for one thing. “You shoot a lot more end scenes,” Jogia said. “It’s like, ‘Oh we’re giving the look to each other. Sh*t’s about to get even more real.’ And you do that like 18 times.” For this particular series, the costars also only shot at night and on location throughout Los Angeles without any built stages. Those locations — which gave them a new perspective of the city — included underground subway tunnels and a haunted hotel. “It was pretty scary and wild,” Monroe said. “It helped with getting into that horror headspace. You start to lose your mind after a while. But there’s so much history in LA, so it was really cool.” 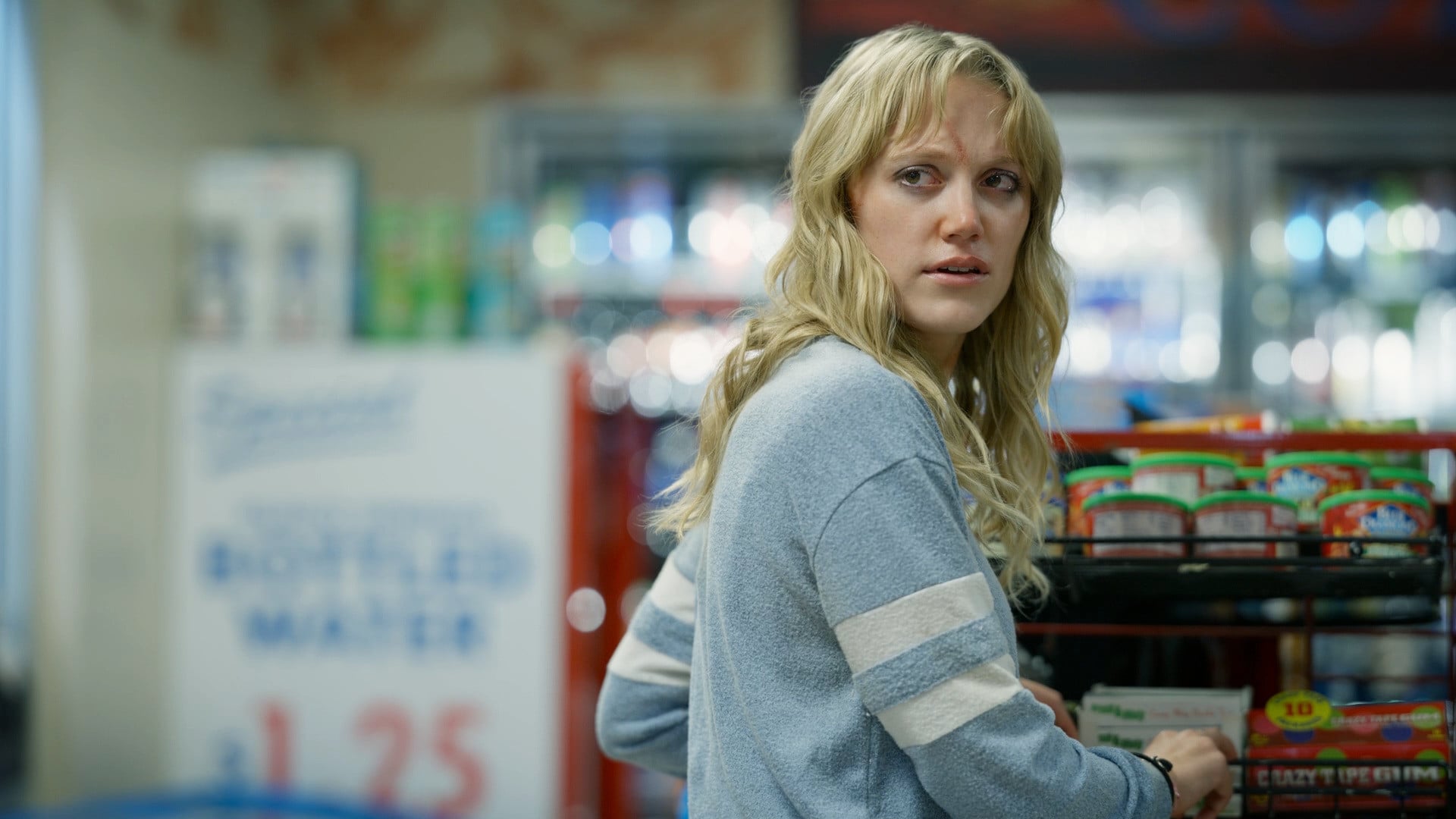 Behind the scenes, things were a lot less terrifying as Monroe and Jogia found ways to unwind after running for their lives. They played the card game Cambio quite often and watched some musical documentaries. “A gift that I was given so long ago was this eight-disc collection of the history of jazz,” Monroe said. “There were these little TVs in our trailers, so whoever was on set that day would hang out in my trailer and we’d watch these great jazz documentaries. That was so lovely.”

Currently, the two are finding more time for indoor fun as they self-isolate in their respective homes. “I’ve gotten into baking a little bit,” Monroe said. “Another cool thing I’ve been doing is making face and body oils, and that’s been really fun. I’ll make you guys some!” (Sidebar: should we follow up with her on this?)

As for Jogia, he’s been keeping busy a few different ways. “We’ve been making a lot of roasts. Roasts are fun,” he said with a laugh. “But you can only make four or five roasts a day and then you have to find something else to do. But I think the whole Postmates generation is going to improve their cooking. We’re going to level up.” He also said that he’s been “listening to angsty music, watching The Chronicles of Narnia, and drinking wine.” And for those who are fans of Saint Ivory — a musical duo consisting of Jogia and his brother, Ketan — don’t worry, he’s still writing songs. “In the real world, I find it sort of hard to take the time to stop and think of a new idea and not worry about whether it’s going to be something that I share,” he said. “But now, I’m going back to making stuff because I just like to make stuff, which has been really cool.” 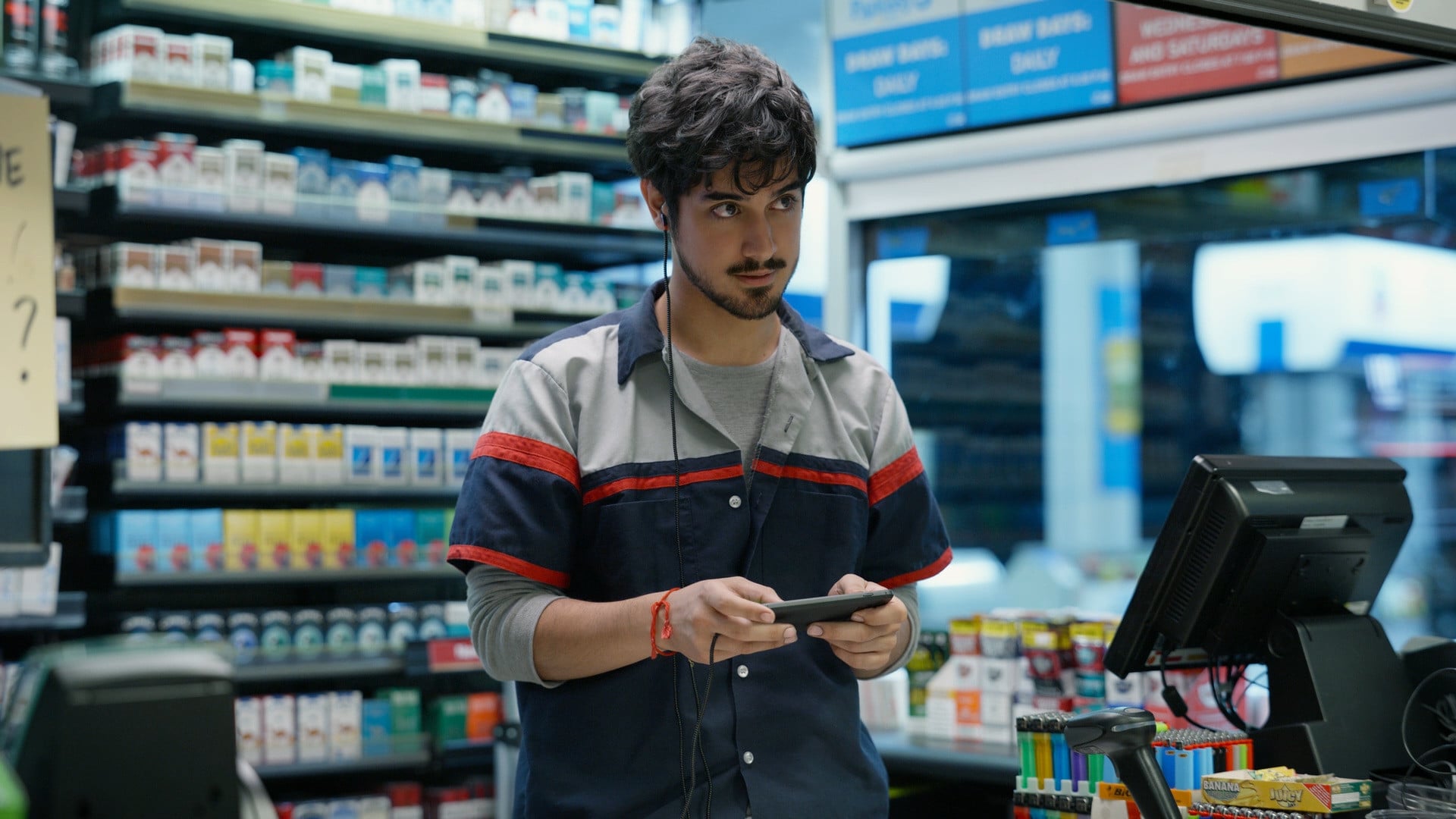 We ended our chat on a rather introspective note about self-isolation and taking advantage of a time in which we shouldn’t be pressured to be overly productive. “The world has this mentality where you have to be doing something,” Jogia said. “A life just lived isn’t worthy. You have to be making stuff and starting a business and all that. But it’s nice to just be like, ‘I’m a person, I wake up, I do my thing, I have a rhythm, and I don’t have to produce anything. I’m good enough just as a person without producing something.’ To me, that’s something we can learn. You’re good enough — we’re all good enough.” (Monroe agreed, adding, “Amen to that!”)

So, hey, instead of stressing about what you aren’t doing while staying inside, maybe kick back and watch The Stranger instead. New episodes will drop on Quibi every weekday through April 27, so there’s plenty to binge while you make facial oils and roasts á la Monroe and Jogia.