The word on the streets is that theatre owners, especially the ones who handle single-screen theatres, are excited for Antim: The Final Truth. This is what the people want to see – a larger-than-life hero beating down the villains. Whatever the critics may say, at the end of the day, it is the audience that decides who is a star and who’s not. In that sense, Aayush Sharma is in good hands. He started out as a lover boy in Loveyatri which didn’t work as well as expected. But Antim, on the other hand, has all the makings of a blockbuster – it’s got a common man fighting against the system, massive fighting sequences and a love story at the heart of it all. Most importantly, it shows Aayush Sharma go toe-to-toe with ‘India ka Bhai, Salman Khan. His social media following has been steadily increasing and he has as much screen presence in the movie as his superstar brother-in-law. It’ll be interesting to see what novelty he brings to this character of a deranged criminal. And it’ll be even more interesting to see where he goes from here. In our interview with the actor, he shows an uncanny sense of the business of movies. He’s candid about how things work in Bollywood and knows why things are the way they are. Maybe it is this innate sense that will take him places. We’ll have to wait and watch…

There are some films that need to be seen in theatres…

There are some films that you want to watch at your own pace, you want to enjoy the film and there are some films that you like to watch in a community viewing. When you watch something like a commercially mass driven film, you have those moments when people start clapping, whistling in the theatres and that gives it a stadium-like environment. Antim is one of those films. It was made for a cinematic experience, for the action sequences. The sound has been designed with dolby atmos system, BGM is going to be rocking. For us, we all wanted it to be theatrical because many Indians don’t have home theatres. Besides, the whole effect and power of scenes is diluted on small screen.

Even during your promotional activities, you have shown lots of support for single-screen theatre owners…

I always believed that cinema is theatre, that’s how I have grown up. I come from a family where every birthday is a very typical trope, we watch a movie and go for a family dinner. Everyone’s birthday used to be celebrated like that. Films have been a very integral part of my life. I remember watching Veer Zaara in a theatre. And when Shah Rukh Bhai got up and gave his final monologue, the women on the seats around me were crying and that made me feel the impact of the scene even more. When you hear stories of theatres shutting down and they not having revenues to run, that’s a sad thing. Luckily for the film industry, there was a choice of releasing your films on OTT. You had an avenue, so if you couldn’t hold on to your film for a long time, there was a platform where you could release your film and recover the cost. When we launched the trailer in Gaiety Galaxy, we spent time with people who sell samosas and popcorns and they told us that many things in the theatre were not functioning. Like the popcorn machine has spoilt because it hadn’t been used in the last two years. The projectors are having issues so they are being fixed and that’s an added cost for them. So at this point in time, it’s important for the films to release in theatres and it’s important for the audiences to go back to the theatres.

You have such great action scenes in the film. What was your fitness regime like for this particular role?

I used to eat every two hours. It was about 24 boiled eggs a day, about 400g chicken and 200g rice. My meals were divided into 6 meals a day. I used to train about twice a day. I did that for three years. My trainer told me that if you want to look strong on camera, you need to be strong in real life. So the first year was only about lifting heavy weights, doing deadlifts, bench press, squatting. The second year was training with professional athletes. He used to get these people who compete in Maharashtra for bodybuilding. He was like I need you to be inspired, I need you to lift like them, I need you to train like an athlete. Don’t train like an actor, train like an athlete. And then the third year was the cutting down on the mass and toning the muscles. I put on about 16 kgs for this film. I was 60 when I did Love Yatri and now I am 76. 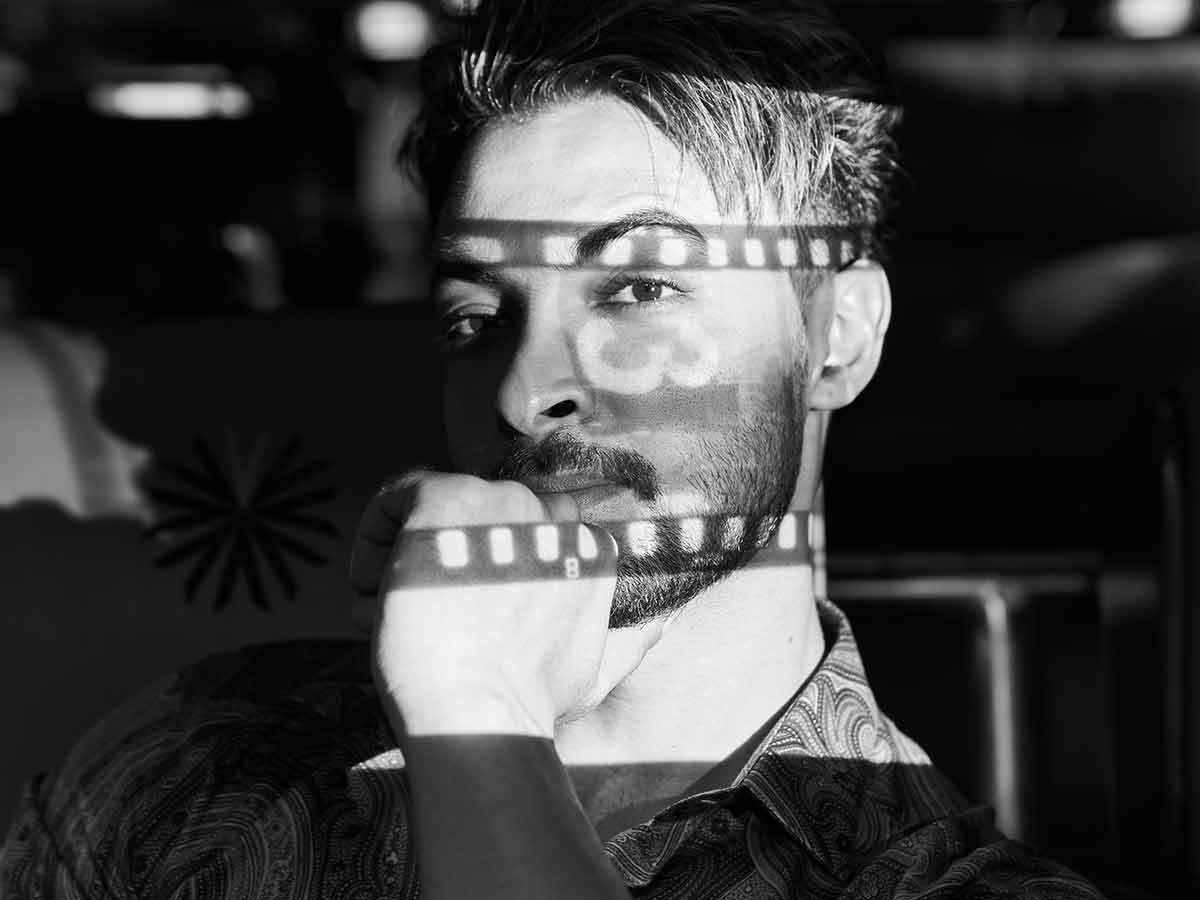 In the fight sequences, especially the ones where you fight with Salman Khan, did you feel awkward?

You know we have loved these sequences where he takes off his shirt. And now I had to punch him, kick him. Out of respect and out of sheer love for who he is as a person, I felt it morally wrong for me to do that. I would have this conflict, and the director would tell me, “Punch him” and I would be like, “No, I don’t want to punch him”. I would say why don’t you make a sequence where I get beaten up. They said no and I used to find it awkward punching him back. I remember they told me that I had to hold his neck and pin him down for a sequence and that to me seemed like an offence. I have grown up watching him. Back in the day when I was in school, I used to watch his movies and ape him, try to copy his hairstyle and now I was in the same frame holding his neck. So I felt weird, very awkward. I was scared by the end of it, because sometimes when you are doing action, mishaps can happen. It’s a matter of a split second. I was constantly petrified.

Antim also conveys a relevant social message. How did you connect with that part of the story?

The first thing I had to understand was the character’s ground reality, understand the problem, where the story starts from. The story has a message and it’s an important message that today everyone wants everything instantly. The young generation wants to be famous instantly, they want to be loved instantly, they want to have everything– power, money– instantly. But they have forgotten that there is a barometer, a moral compass of right and wrong. 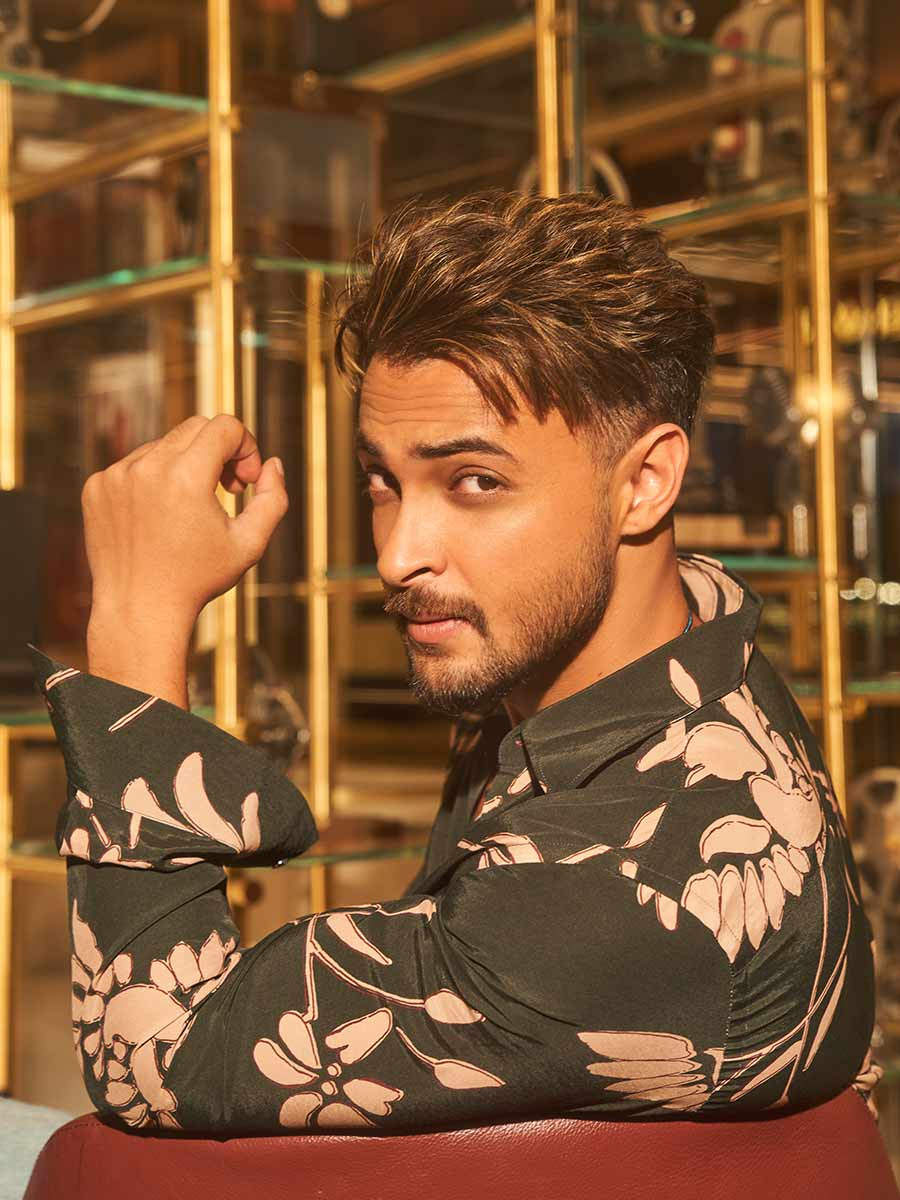 When I was in school, I had no access to any film stars. At that time, I’d wonder if Shah Rukh Khan ate pizza, if Salman Khan had golgappas. I wondered what movie stars were like in real life. Whether the rumour I’d heard about them was true or false. Back in the day, it was a big thing to put an actor’s poster in your room. Because you had limited money, you had to decide which guy would go up on the wall. Now we all have come down to becoming wallpapers which can be easily changed every Friday. So the whole impact of seeing a star in real life has gone away. Somewhere down the line, you feel that okay, they are just like us.

Did you ever discuss your work with your family, Arpita, your brothers?

At one time, I went bald for this character. I shaved off my head because I wanted to see how Rahulya would look without hair. I came back and Arpita asked me why I’d gone bald?  She is a very intelligent woman, she told me just because your character is a little twisted in the film, it doesn’t need to be in your physical appearance. It needs to be in your performance, not in your physical appearance. I liked what she said because she has always been there when we are working on a film. She always knows what is going on. She is very much involved in my life.

You became a father again during the lockdown. Were you better prepared this time?

I was more prepared to be a father this time. (Laughs) But I didn’t know I was going to have a very beautiful daughter, who is going to be a gangster in real life. That took me by surprise. Me and my son, we both have a very friendly relationship. I believe that he will grow up and figure out things and will toughen up. The instincts as a father when you have a daughter are different, you want to protect her, you just have this loving relationship. It’s been two years and I am not able to say no to her. I just can’t. And I think she’s become a bit of a gangster because of that. She enjoys those perks of getting aways with everything.

If you could go back in time and tell a 16-year-old Ayush Sharma one thing, what would you say?

This Is What Makes Demna Gvasalia Tick