The latest two renewals of the world’s greatest chase in 2018 and 2019 have been landed by the mighty Tiger Roll (Gordon Elliott) and the now 11-year-old tops the 106 entries (one more than in 2020) this year. If successful for a third time in 2021, the Gigginstown House Stud-owned Tiger Roll would become only the second triple Grand National winner after the great Red Rum (successful in 1973, 1974 and 1977). He is the 16/1 favourite with Betway, official betting partner of the Randox Grand National Festival. 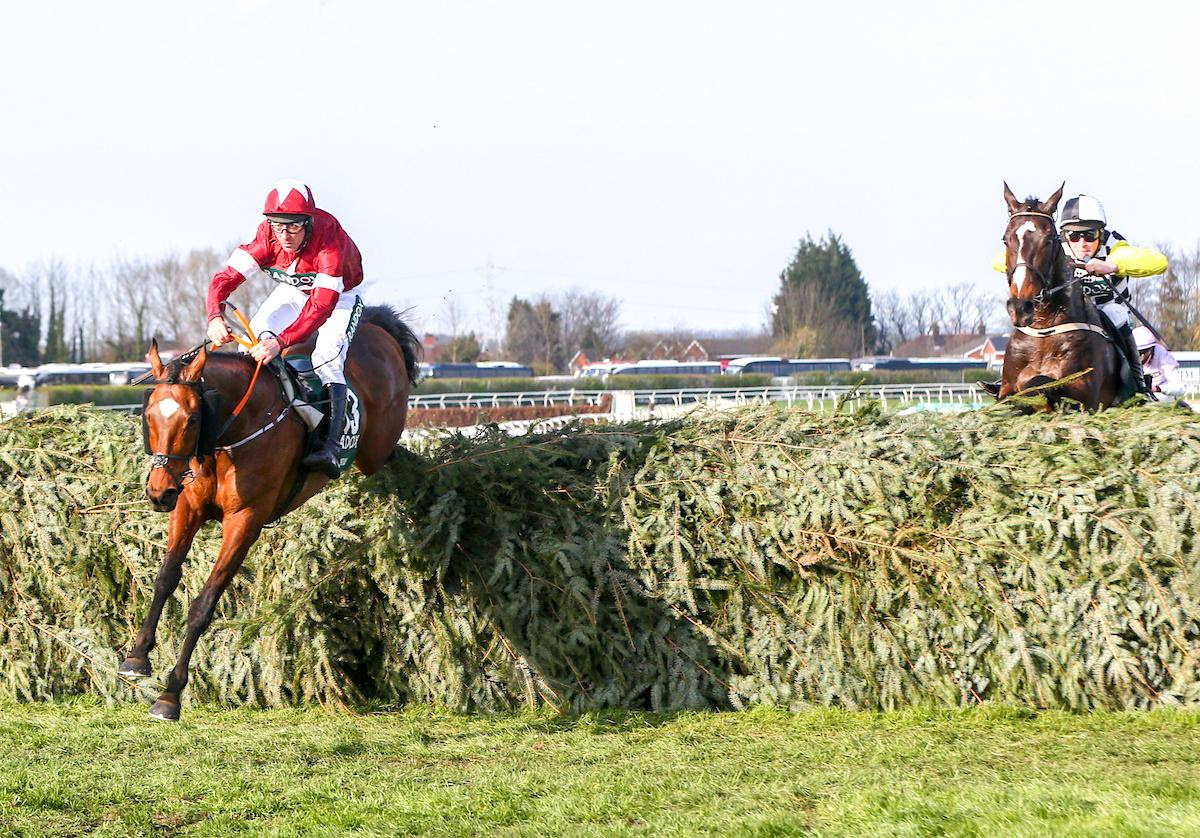 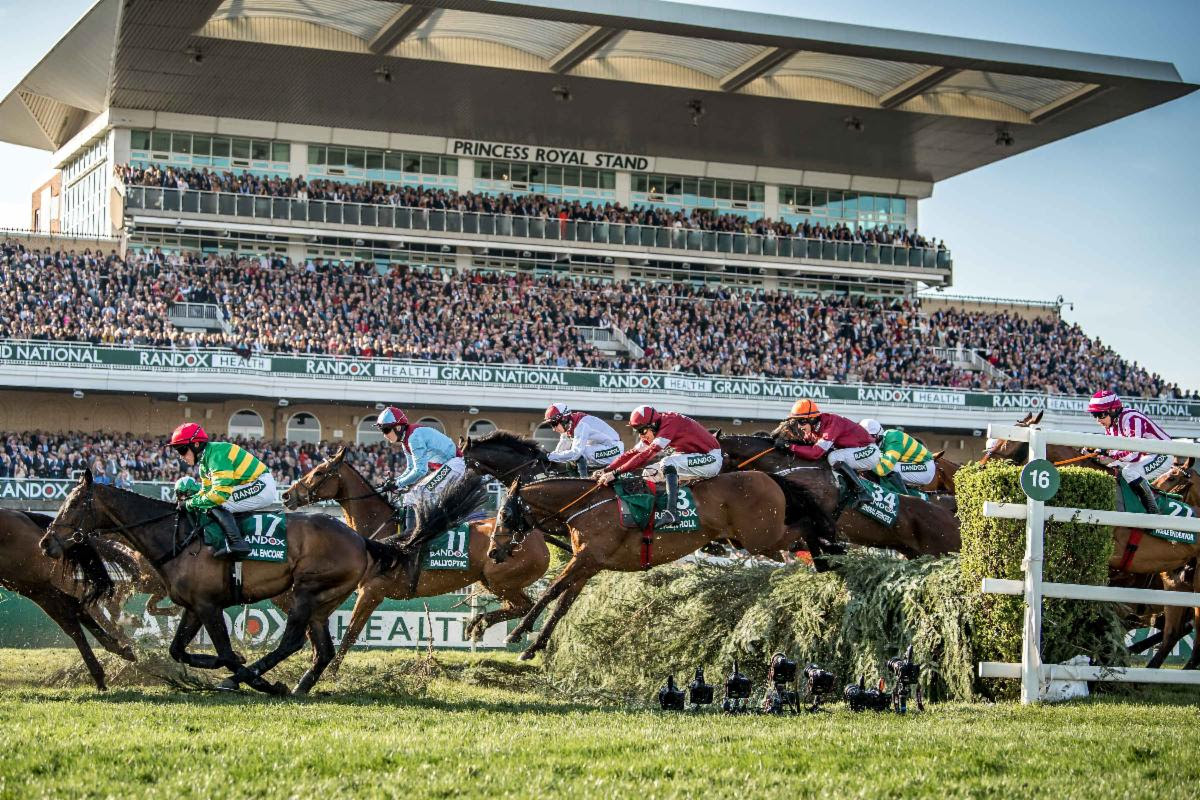 Tiger Roll’s trainer Gordon Elliott, who was also triumphant with Silver Birch in 2007, is the most successful current trainer in the Randox Grand National and one more victory would see him join Fred Rimell and Ginger McCain as the most successful Grand National handler of all time. Elliott, who is based in County Meath, Ireland, has 16 entries in total – the most of any trainer. His contingent also includes five-time G1 winner Delta Work (please see below for a full list of entries by trainer).

Similarly, Tiger Roll’s second success in 2019 was a third for owner Gigginstown House Stud, with Michael O’Leary’s operation having also taken the honours in 2016 with Rule The World to make it the joint-most successful owner in the history of the Grand National.

Trevor Hemmings also has three Grand National victories to his name courtesy of Hedgehunter (2005), Ballabriggs (2011) and Many Clouds (2015). His three entries in 2021 include impressive G3 Ladbrokes Trophy hero Cloth Cap (Jonjo O’Neill) as well as Lake View Lad (Nick Alexander), who took the G2 William Hill Many Clouds Chase over the Mildmay Course in December.

Of the 106 entries, 43 are trained in Ireland and two in France. The Randox Grand National has gone to Ireland on 27 occasions, most recently Tiger Roll in 2019. France has taken the honours twice, although you have to go back to Cortolvin (1867) for the most recent Gallic victory.

Both French-trained entries hail from the yard of David Cottin and are headed by Easysland, who defeated Tiger Roll in the 2020 Glenfarclas Cross Country Chase at Cheltenham.

The Randox Grand National is the one major race to have eluded six-time and reigning champion Jump trainer Nicky Henderson, although the master of Seven Barrows has twice saddled the runner-up courtesy of Zongalero (1979) and The Tsarevich (1987). Henderson’s six entries this year, the most of any UK trainer, are headed by 2020 Cheltenham Gold Cup second Santini and also include the intriguing OK Corral, a lightly-raced 11-year-old who has not been seen out since winning the Listed Sky Bet Chase at Doncaster just over a year ago.

Henderson’s great rival, 11-times champion Jump trainer Paul Nicholls, landed the 2012 Grand National with Neptune Collonges. Nicholls’s two entries are Yala Enki, winner of the G3 Grand National Trial at Haydock Park in 2018 and impressive when scoring at Taunton last month, plus Listed scorer Give Me A Copper, who is part-owned by Sir Alex Ferguson.

In contrast to Henderson and Nicholls, Phil Middleton trains just a handful of horses at his base in Buckinghamshire. These include Golan Fortune, a Listed winner over hurdles at Cheltenham in 2019 who has been more than paying his way over fences this season, including when a close fourth in G1 company at Kempton Park.

Middleton said of the nine-year-old: “Golan Fortune is in fine form and the Grand National is definitely the plan if he can get in.

“He is off a mark of 142. We had a horse called Exitas a few years back who narrowly missed out on making the cut for the race.

“So, we will have to wait and see when the weights come out if he gets in, but it is definitely something we are considering strongly.

“Golan Fortune has had a really good season. He won really impressively on his first chase start at Ludlow where he impressed me with his jumping. He produced some great leaps in the closing stages, and we were delighted with that effort.

“He then went to Kempton and ran a really good race to be fourth in the Kauto Star Novices’ Chase. He made a mistake at the last and Kielan Woods [jockey] thought that cost him any chance of finishing second or third. But to run like that in G1 company on his second start over fences was a fine effort.

“At Warwick last time, Kielan said he had a lot of horse underneath, but he made a mistake and it just dented his momentum. He was only beaten just over six lengths behind a smart horse in Next Destination.

“He is also entered in the National Hunt Chase at the Cheltenham Festival but he wouldn’t run in that and the Grand National.

“I have always thought the Grand National test would suit him. He always schooled well over fences and has shown how he has taken to them this season. I think the trip would also be right up his street, so it would be fantastic to have a horse in the Grand National.”

Trainer Tom George went close to Grand National glory in 2015 with Saint Are, who only found Many Clouds too good. The same horse was also a fine third in 2017 behind One For Arthur. George’s entry this year is Double Shuffle, who went close to G1 glory in 2017 when second to Might Bite in the King George VI Chase at Kempton Park. The 11-year-old was successful last time out when defeating fellow Randox Grand National aspirant Ami Desbois (Graeme McPherson) in a three-mile handicap chase at Kempton Park on 9 January. Double Shuffle ran as a seven-year-old in the 2017 Randox Grand National, when he was pulled up behind One For Arthur.

Gloucestershire-based George commented: “Double Shuffle has come down a lot in the weights since his previous run in the Grand National and he is now off 145 but he should get into the National.

“The plan is to now go back to Kempton later this month for what was the Racing Post Chase [the G3 Close Brothers Handicap Chase on 27 February]. He worked really well on Tuesday morning.

“He seems to have bounced back to form and he was very good at Kempton last time, but part of that is down to him having come down in the weights to make him competitive again.”

The COVID-19 pandemic sadly caused the cancellation of the 2020 Randox Grand National, although Potters Corner (Christian Williams) gave his connections the satisfaction of being announced the winner of the virtual contest broadcast on ITV. Part-owned by Welsh rugby union international Jonathan Davies, Potters Corner landed the G3 Welsh Grand National in 2019 and shaped promisingly in his two starts this season, including when third in the Glenfarclas Cross Country Handicap Chase at Cheltenham in November. Another entry from Wales is Secret Reprieve (Evan Williams), winner of this season’s G3 Welsh Grand National at Chepstow.

Other big names among the entries include Bristol de Mai (Nigel Twiston-Davies), three-time winner of the G1 Betfair Chase at Haydock Park, dual William Hill Becher Chase hero Vieux Lion Rouge (David Pipe), G3 Ultima Handicap Chase scorer The Conditional (David Bridgwater) and Yorkhill, a dual G1 winner at Cheltenham for his former handler Willie Mullins who bounced back to form last time out when taking the Listed Rehearsal Chase at Newcastle for current trainer Sandy Thomson. Yorkhill is partly owned by golfer Lee Westwood, who has represented Europe in 10 Ryder Cups and was named player of the year for 2020.

Randox, the largest healthcare diagnostics company in the UK and Ireland, first sponsored the Grand National in 2017. A five-year extension to its sponsorship deal was announced at the end of 2021, taking its support of the world’s greatest chase up to at least 2026. Randox is also Official Healthcare Partner of The Jockey Club, which runs many of British Racing’s crown jewel assets.

80/1 Another Venture, The Hollow Ginge

Betway PR Manager Chad Yeomans: “Not only are there more entries than last year, but the quality of the race looks to have improved too, which is great to see for the world’s greatest steeple chase!

“After the 12 months we have all had, it would be a fairy tale for horse racing if Tiger Roll were to win a third Grand National, and the Gordon Elliott trained 11-year-old is currently our 16/1 market leader. Cloth Cap and Any Second Now have both been popular with the Betway ante-post punters, with the former being backed for this race since his victory at Newbury in November.”

The 2021 Randox Grand National – Entries
Aintree, 5.15pm, Saturday, 10 April, 2021. 4m 2f 74yds. For seven-year-olds and upwards, which, prior to March 23rd, have Started in a steeple chase during the current season, and have been placed first, second, third or fourth in a steeple chase with an official distance description of ‘two miles seven and a half furlongs’ or more, at any time during the horse’s career. Horses must be also allotted a rating of 125 or more by the BHA Handicapper following a review of the horses entered and after taking account of races run up to and including February 14th. Horses which are not qualified for a rating in Great Britain or Ireland at closing may also be entered. Such horses may be eligible for a weight providing the Handicapper is satisfied that the horse’s racecourse performances up to and including 14 February would merit a minimum rating of 125. To qualify, horses must have run at least three times in Steeple Chases run under the Rules of Racing of the same Recognised Racing Authority up to and including February 14th. At the Handicapper’s discretion, such horses may be allotted a rating. Entries closed 2 February (106 entries), weights revealed 16 February, first scratchings deadline 2 March, second scratchings deadline 23 March, five-day confirmation stage 5 April, final declaration stage 8 April. Lowest weight 10st; highest weighy 11st 10lb. No penalties after publication of the weights. To be ridden by Jockeys or Amateur Riders who, before 8 April, 2021, have ridden not less than 15 winners in steeple chases or hurdle races under the Rules of Racing and/or the Rules of the Irish National Hunt Steeple Chase Committee and ridden not less than 10 of these winners in steeple chases.

The 10 Best Premier League Strikers of All...

Did The Seattle Mariners Make The Right Call...

How to Bet Safe on Sports & Casinos...

The 10 Best Premier League Midfielders of All...