Relatives of Mohammed Khaldoun sit next to a windmill in Tripoli, Lebanon, as they pray for his safe return home last month. Khaldoun, 27, was missing at sea after he tried to reach Cyprus on an overcrowded boat. 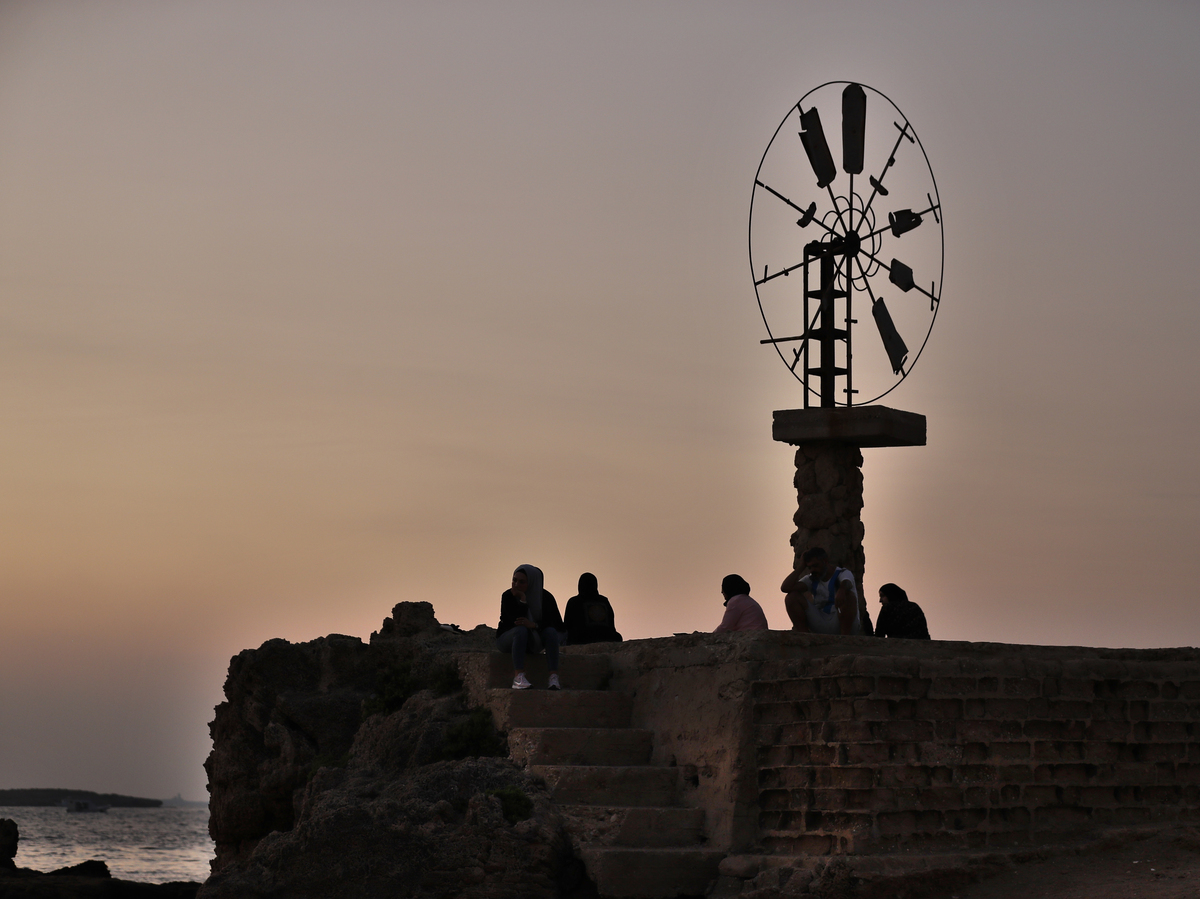 Relatives of Mohammed Khaldoun sit next to a windmill in Tripoli, Lebanon, as they pray for his safe return home last month. Khaldoun, 27, was missing at sea after he tried to reach Cyprus on an overcrowded boat.

In mid-September, a small fishing boat packed with 37 people was found drifting off the coast of Lebanon in the Mediterranean Sea. The passengers, all trying to reach Cyprus for a better life, had paid nearly $1,000 each and were on the boat for eight days without sufficient food and water. By the time rescuers, members of a U.N. peacekeeping mission, were able to reach them, at least 13 of the four dozen or so passengers — including two children — had been lost at sea or were dead.

As an economic and political crisis worsens across Lebanon, a growing number of people are trying to get out any way they can. Those with the means emigrate legally, using traditional routes such as student or work visas, or marrying foreign spouses. Those who lack the education, money or connections to make it abroad legally have increasingly resorted to paying human smugglers to take them in boats across the Mediterranean Sea.

Dangerous sea crossings are occurring in unprecedented numbers, according to Guita Hourani, director of the Lebanese Center for Migration and Diaspora Studies at the University of Notre Dame-Louaize. Hourani refers to the exodus as a “forced migration” caused by the negligence and corruption of Lebanon’s politicians. 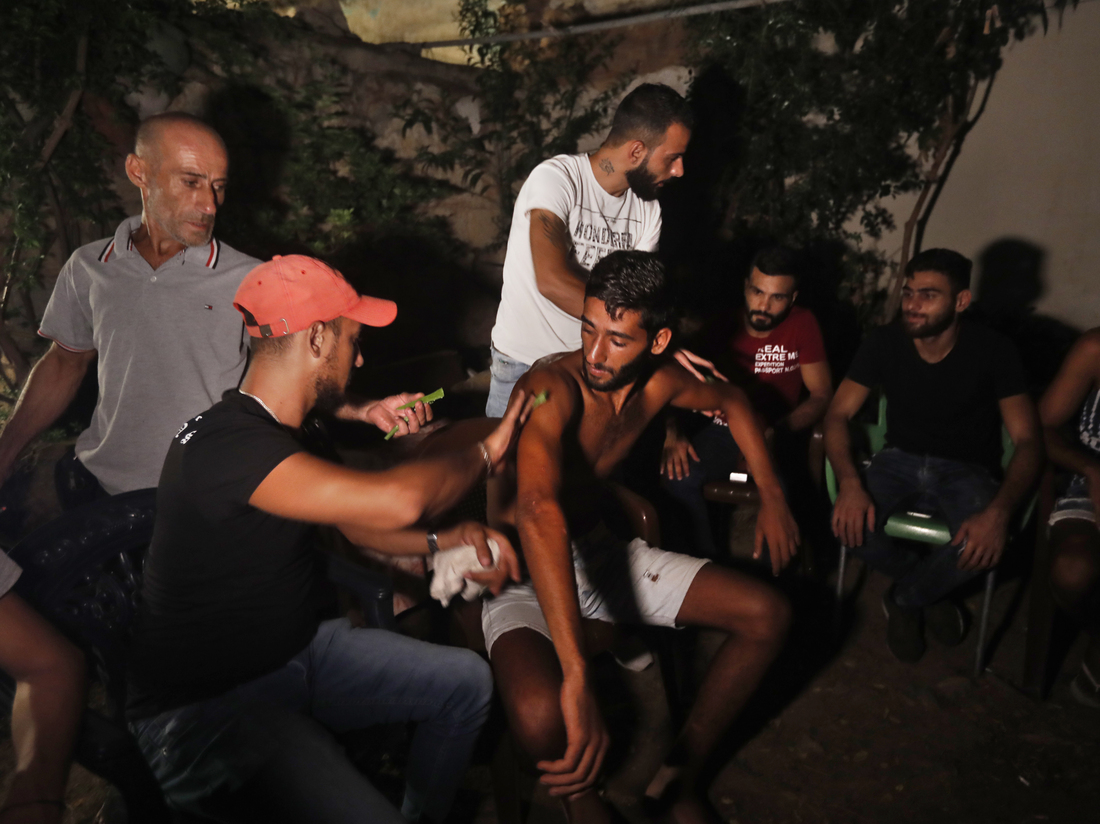 Ibrahim Lasheen, 22, is brought back to his hometown of Tripoli, Lebanon, in September. A U.N. naval force rescued him after he swam for 18 hours to seek help for dozens of fellow passengers crammed on a small fishing boat that ran out of fuel as it headed to Cyprus. 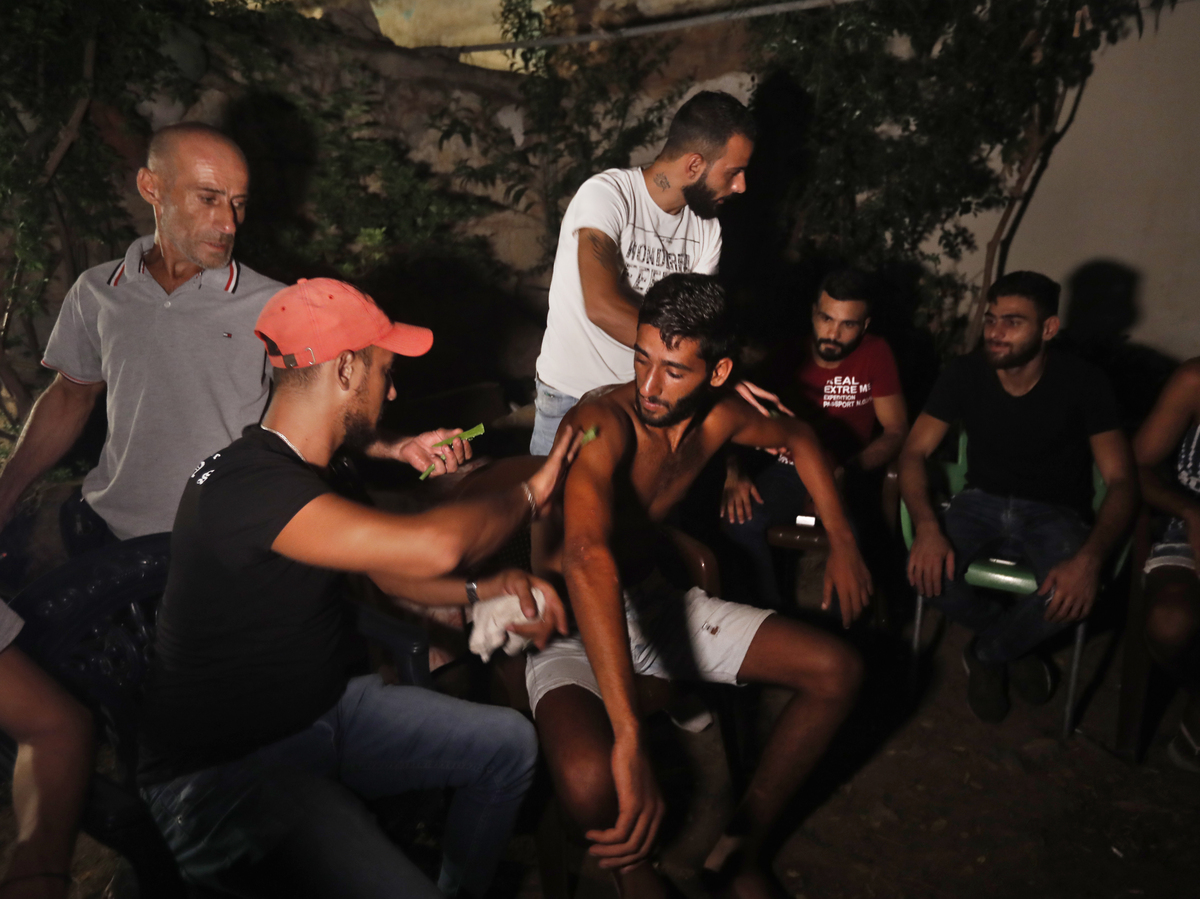 Ibrahim Lasheen, 22, is brought back to his hometown of Tripoli, Lebanon, in September. A U.N. naval force rescued him after he swam for 18 hours to seek help for dozens of fellow passengers crammed on a small fishing boat that ran out of fuel as it headed to Cyprus.

During all of 2019, there were 17 sea-crossing attempts. But in the last three months alone, the U.N. Refugee Agency says there were 21 recorded attempted crossings from Lebanon to Cyprus, a European Union country some 160 miles away. Most passengers on the boats are Lebanese or Syrian nationals, according to UNHCR.

With Lebanon’s Ministry of Economy predicting that 60% of the population will live in poverty by the end of this year and no solutions in sight, Hourani warns that soon, even professionals and educated youth may begin attempting the dangerous route to Cyprus. Not even during Lebanon’s 15-year civil war or the 2006 war between Israel and Hezbollah were sea crossings attempted from Lebanon in such high numbers, she says.

Lebanon’s economic collapse resulted from government debt and mismanagement. Unemployment is high, even among educated youth. The country’s currency, the Lebanese pound, lost 80% of its value in the past year. Businesses have closed. Poverty is overtaking the middle class, after bank-imposed capital controls trapped people’s savings.

Any remaining faith Lebanese may have had in their country shattered on Aug. 4, after nearly 3,000 tons of ammonium nitrate exploded in Beirut’s port and ripped through half the capital, killing almost 200 people and injuring thousands of others. It later emerged that many of Lebanon’s politicians had known about the unsafely stored explosive material for years, but neglected to do anything about it.

In the Netherlands, Rami Hammoud watched news of the explosion on TV in his small apartment. The 27-year-old Lebanese software engineer traded his life in Beirut for Amsterdam three months ago.

By the time he left, Hammoud says, his decision to uproot felt less like a choice and more “like Lebanon was kicking me out. It was asking me, ‘What are you still doing here?'”

With a successful career and a comfortable income, Hammoud’s life was easier than those of many others in Lebanon. He’d grown accustomed to the rolling electricity cuts and water shortages, the political corruption and ineptitude, the chaos. But near the end of last year, when the first signs of economic collapse emerged and a popular uprising erupted against the political class, even he could no longer envision a viable future in Lebanon. He arrived in Amsterdam on a work visa, and then obtained legal residency. He has no plans to return to Lebanon.

Statistical data for legal emigration from Lebanon this year has not been compiled yet, so it’s impossible to know the exact recent scale of emigration, says Hourani. In August, research by Information International, a Beirut-based consultancy, showed an increase in the average daily departures from Lebanon’s airport. Before the Beirut explosion, 3,100 people departed per day; after the explosion, there were more than 4,200 departures per day.

In some ways, Lebanon’s situation now is worse than during the civil war, Hourani says, because “at least during the war, we had a war economy. Now, there’s nothing.”

Meheddine Herkel, a 37-year-old father of three, runs a coffee stand in Beirut’s working class neighborhood of Sabra, earning about $4 a day. He is among those desperate to emigrate.

“My father worked so hard for us it killed him, and now I’m working myself to death for my kids,” he says. “I don’t want this fate for my children.”

He says he would sell his house, furniture and belongings in a heartbeat if there was any certainty of successfully making it to Cyprus. “But I’m terrified my children would drown on the way.”

Back in Amsterdam, Rami Hammoud says his new life is difficult in many ways. He lives alone, eats alone and bikes to work alone. He has no family or support system in the Netherlands, and has found it challenging to build meaningful friendships. Still, the loneliness he feels now was worth the trade, he says.

A month after he arrived in Amsterdam, the port explosion shredded Lebanon’s capital. Hammoud stayed glued to the news for days, worrying about family and friends and enraged over the negligence that led to the explosion.

Eventually, he says, he had to distance himself from the news. If he didn’t, then “coming here would have been for nothing.”

But his anger is still palpable. Hammoud says he resents feeling helpless about his own country.

“We’re that country now?” he asks incredulously. “I can’t believe that we’ve become that country where people feel like they have to escape.”

Under Luis Almagro, the OAS is Advancing the Trump Agenda in Latin America

“We’re Watching Them Shoot Themselves in the Foot”: Trump’s COVID Circus Is Supercharging Democrats’ SCOTUS Strategy

COVID-19: Whistleblower claims WHO tried to force him...

As U.K. royals mourn Prince Philip, could his...

Japan Will Start Releasing Fukushima Water Into the...