Published in partnership with The Fuller Project, a non-profit newsroom that reports on issues impacting women.

When Fawzia Rawof heard gunfire and screams, she knew there were only three options: run, hide—or die.

The doctor and midwife supervisor at a 55-bed maternity ward in Dasht-e-Barchi, a neighborhood in southwest Kabul, was no stranger to the militant attacks that routinely rocked the area and the rest of Afghanistan.

Just after 10 a.m. on Tuesday, May 12, unidentified gunmen stormed her government-run hospital. They moved methodically past the emergency ward and the operating room toward their target: a bustling pink-walled maternity ward supported by Doctors Without Borders filled with midwives, women, and newborn babies.

There was no time to think, to hesitate. Colleagues and patients rushed around Rawof, clambering over each other in desperation. She ran to another room to hide, but the door was locked. So was the next door. The third door opened, but the room full of people, also in hiding, wasn’t safe. Bullets can tear through walls, through doors, with frightening ease. Around her, people jumped from first-floor windows.

Finally, Rawof found an open room where other colleagues were hiding that seemed safe. It wasn’t a heavily-fortified room that could withstand gunfire or bombs, but the door was thicker than most. Someone locked the door behind her. She hid. The gunmen pounded on the door.

“They were screaming and telling us to open the door: ‘If you don’t open, we are going to shoot,’” Rawof recalls.

She said a prayer as the militants sprayed gunfire into the maternity ward, where women huddled their newborn babies close. “This is our death now,” she remembers saying.

A security officer carries a baby from a hospital that came under attack in Kabul on May 12.

Rawof survived. But on the other side of the door, gunmen killed at least 15 mothers, two children, and one MSF midwife, according to MSF. Afghan officials have said the attack left 24 people dead in total.

No group has claimed responsibility. The Afghan government has blamed the Taliban for the violence. Zalmay Khalilzad, chief U.S. negotiator for the U.S.-Taliban peace talks, has said that the U.S. government believes the Islamic State is responsible. Regardless of who carried out the attack, MSF Afghanistan program director Frederic Bonnot has said that the gunmen’s intent was clear: “They came to kill the mothers.”

Since 2014, the maternity ward, run by Doctors Without Borders, known in French as Médecins Sans Frontières (MSF) has been a lifeline for pregnant women in Dasht-e-Barchi who can’t afford or access life-saving medical care. Women knew they could trust the highly trained midwives and medical professionals who had delivered over 5,000 babies since January alone. 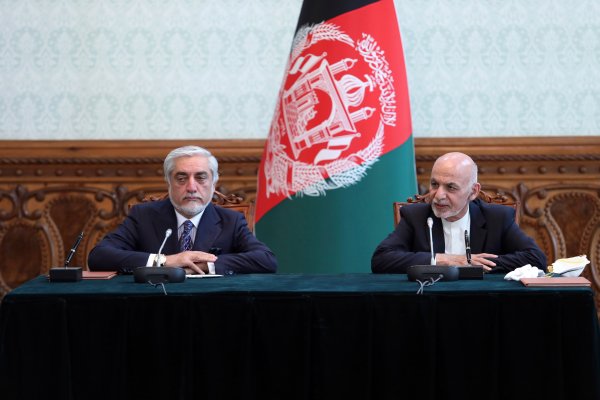 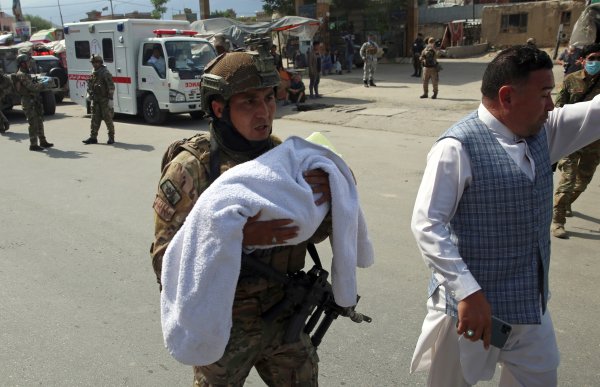 But on that bloody morning in May, the very things that made the maternity ward successful—its dedication to women, support and staffing from an international organization, affiliation with the Afghan government, and location in the predominantly Shi’ite neighborhood of Dasht-e-Barchi—made it a target.

The May 12 attack has dealt a devastating blow to Afghanistan’s years-long internationally-backed efforts to support women’s health across the war-torn country, and further instilled fear in the medical community and the women it serves.

The attack comes at a time when the future of women’s health efforts in Afghanistan is already complicated: the coronavirus pandemic has further limited access to already strained health services, months of political infighting led the U.S. to cut a billion dollars in aid that props up the Afghan economy and security forces, and controversial U.S.-brokered peace negotiations with the Taliban have proven, so far, deadly and unsuccessful.

On Friday, Rawof said her colleagues received the call they had all feared: MSF was suspending its medical services at the hospital following the attack. It was a “necessary but difficult decision,” MSF country director Filipe Ribeiro said in an interview with the Associated Press. “Women and children in Kabul are now deprived of a fundamental health care service they need, in a context where access to essential care is already limited,” he said.

Health advocates in Kabul and across Afghanistan, one of the most dangerous countries in the world for women, are now left trying to figure out how to best support women when health efforts are under threat by both militants and a deadly, invisible virus. 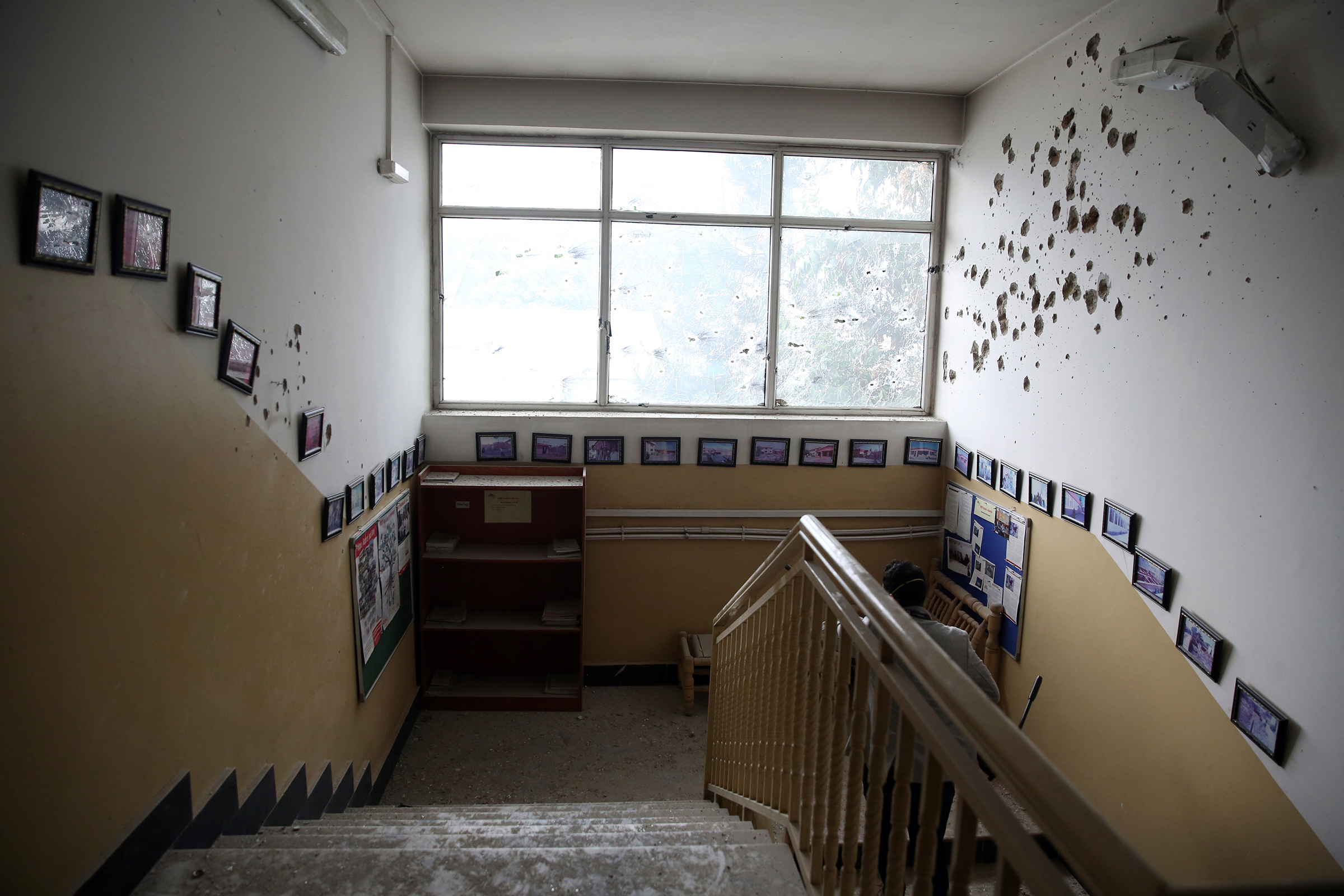 Bullet holes line the wall of the maternity hospital, after gunmen stormed the facility on May 12.

“Naturally, women are afraid,” she said. “And they don’t want to go to the maternity wards [for] their pregnancy. But this is very dangerous for the mother and the child and the mortality rate of the mothers and the children will [increase].”

The added hurdle of coronavirus, which has infected a large number of Afghan health workers, has made accessing safe medical care that much more difficult, and frightening. Some clinics have shut down entirely, with women being told to seek at-home midwife support instead of coming to clinics. Afghanistan will likely face a “health disaster” due to coronavirus, the Special Inspector General for Afghanistan Reconstruction said in a recent report.

Afghanistan has seen notable advancements for women across the country since 2001, when U.S. forces invaded Afghanistan partially under the premise of liberating women, though tens of thousands of Afghan women still lack access to basic health care and many must travel long distances to seek routine care. One of the most obvious advancements is the drastic increase in midwife support to women during childbirth, largely made possible due to millions of dollars in foreign funding.

In 2002, Afghanistan’s maternal mortality rate was one of the worst in the world. A survey commissioned by the Afghan Ministry of Public Health, the U.S. Centers for Disease Control and Prevention, and UNICEF found that 1,600 women died due to childbirth complications — many of them avoidable — out of every 100,000 live births.

Since then, the maternal mortality rate has plummeted to around 638 maternal deaths (compared to 19 in the United States, and 2 in Sweden) per 100,000 live births as of 2017, though collecting accurate data proves challenging when large swaths of the country are controlled by militants. (Whether or not Afghanistan’s maternal mortality rate is accurate has been called into question in recent years.)

The drop in maternal mortality can be partly attributed to the fact that Afghanistan and the international community have invested heavily in a coordinated campaign to train, deploy, and support thousands of midwives across Afghanistan in the last two decades. Some of these midwives work in government hospitals and maternity wards like the one attacked on March 12. Others, supported by international organizations and the Afghan government, cross into militant-controlled areas of the country to help support women during childbirth who might otherwise give birth alone.

Even still, violence has hindered advancements in maternal health access.

“When planning and implementing health-related programmes,” MSF noted in a March report, “international donors and local stakeholders must acknowledge that the humanitarian situation in Afghanistan has not improved, and in some areas has worsened in recent years.”

Without the MSF-run maternity ward in Dasht-e-Barchi, women will have to seek out other public or private medical facilities that offer varying levels of care and availability.

The maternity ward, for now, is not accepting patients. In a country where there are an estimated four doctors for every 10,000 people, reports Reuters, the closure of one maternity ward is no small thing.

“Women are coming for registration day and night,” says Rawof, only to be turned away. “They really need MSF’s help.” 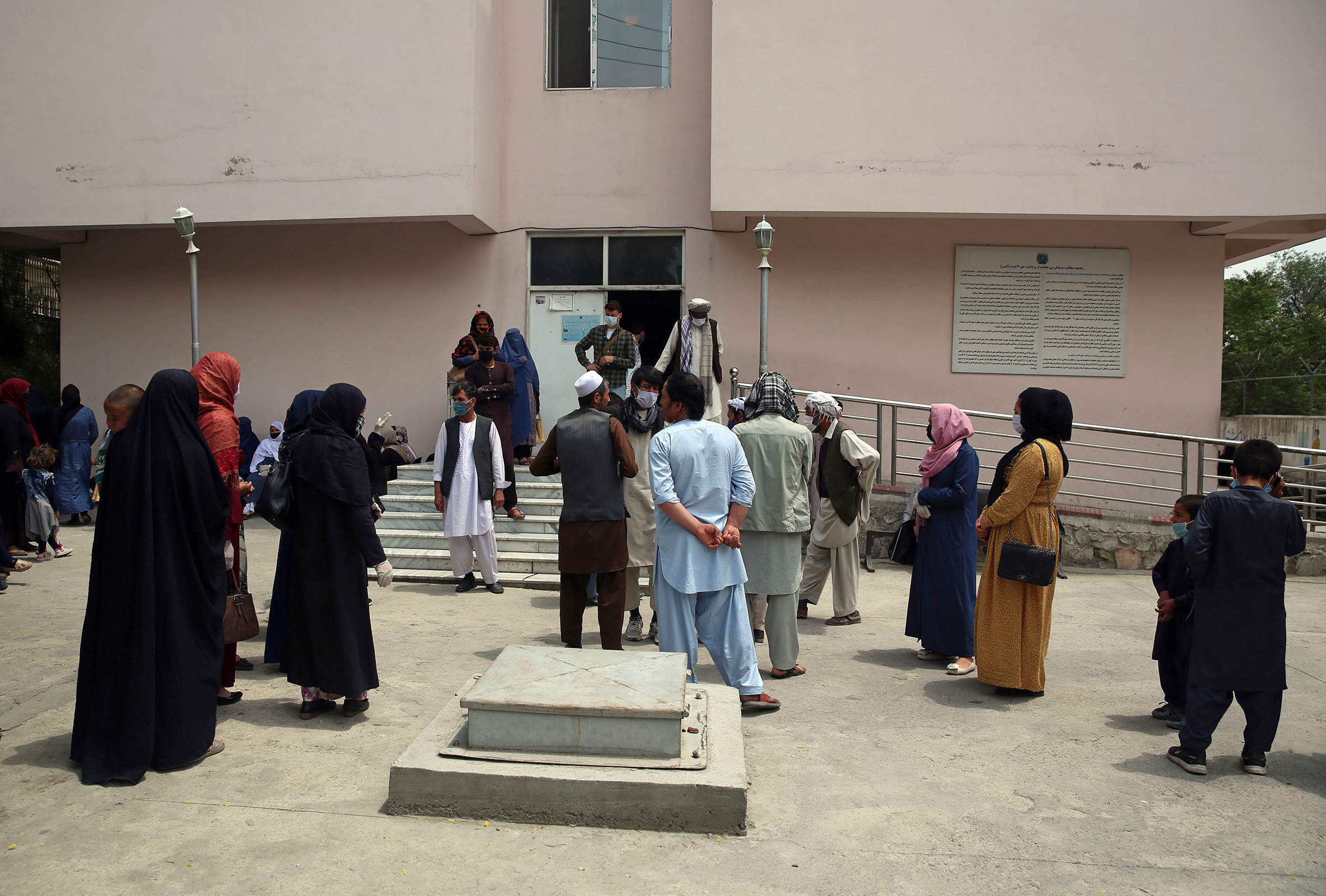 Families of newborns wait outside the Ataturk hospital to see their children in Kabul on May 13, a day after they were rescued following a deadly attack on another maternity hospital.

Health workers have routinely come under attack in Afghanistan, though the March 12 attack has been met with particular horror, due to the target killings of pregnant women, mothers, and babies. In July 2018, militants attacked a midwife training center in eastern Afghanistan, killing at least three. In January 2018, gunmen disguised as medical workers armed an ambulance and killed over a hundred people in front of Kabul’s Jamhuriat Hospital. On Tuesday, Afghan forces attacked a clinic in the embattled city of Kunduz, reportedly destroying the clinic’s emergency ward.

Nor is it the first time MSF, specifically, has suspended its medical activities. The international medical charity pulled out of Afghanistan from 2004 to 2009 following the brutal targeted killing of five MSF staff members in the northwestern province of Badghis.

In 2015, a U.S. gunship fired 211 shells at an MSF hospital in Kunduz, Afghanistan, killing 42 people, including 14 MSF staff members. The U.S. military claimed it had received intelligence that the hospital housed Taliban fighters. MSF pulled out of Kunduz following the attack, only partially returning in 2017.

The security situation has long dictated access to medical care in Afghanistan, and whether or not international organizations are willing to take on the risk to help save women’s lives.

“Health workers need international partners,” says Azimi, the gynecologist, who says she and her colleagues continue their work out of “love for their country.”

Rawof, too, says they have no choice but to go on, even if clinics close and medical efforts are restricted.

“We’ve [received an education] to serve our people,” she said. “To help mothers and their children.”

When Rawof exited the hospital in her uniform in the afternoon of May 12, after security forces rescued staff and patients hiding inside, she saw women from the neighborhood standing on their balconies.

Their hands were raised in the air. They were praying for her.

“May Allah save you all,” she recalls them saying.

Amidst The Pandemic, Claudia Li Is Ready To Make Her Own Fashion Rules

How to Do Burpees Safely With Proper Form

Suspicion and sacrifice as fighting spreads

How work best friends could help put an...

COVID-19: How the spread of Omicron went from...

Europe’s Energy Crisis Is About to Get Worse...

Duterte, Marcos and political dynasties in the Philippine...

Peace Beyond Epistemic and Ontological Violence

Couples Divided By Pandemic Are Rallying To...