She’s the best blend of her illustrious parents – the late Shaukat and Kaifi Azmi. That also explains why Shabana Azmi’s a work in progress… seeking expression and eloquence through dynamic mediums. Like she just shot for a dramatised recital of Tabish Khair’s, River Of No Return, for director Michael Mayer’s corona-related virtual project. Before that she’d flown off to Budapest to shoot for Steven Spielberg’s sci-fi show Halo. Back home, Faraz Ansari’s lesbian love story, Sheer Qorma, is waiting for release.

The lockdown has unlocked her desire for culinary experiments. Just as it’s given her the leisure of sharing both… animated conversations and extended silences with husband Javed Akhtar. Gratitude and compassion are the key emotions ruling her life – post the accident and during the pandemic… Excerpts

A major change in you after the trauma of your recent accident?

The accident happened after the three-day celebration we had for Javed’s birthday. I had been dancing till 5 am. Who would have thought such a drastic turn of event was just around the corner! I realised the importance of being in the present and savouring it. Of living life to the fullest each moment without fretting about tomorrow or dwelling in the past. I was overwhelmed by the care and concern of not only my close ones but from people across the globe. The prayers and the good wishes washed away the physical pain. My family and friends rallied round me with so much love during the recovery period. I’m still basking in the glow of their warmth.

What was Javed saab’s reaction to the mishap?

I’ve been told he was shaken up. He’s not given to being very expressive but he left all his work and was by my side in the hospital every day. The change I see in Javed now is that he gets tense if I so much as sneeze. When I joined my shooting in Budapest (for Steven Spielberg produced sci-fi show Halo), he made sure my nurse got her visa in record time to accompany me and that my friend Parna was with me. He was insisting I take my physiotherapist too. But I put my foot down.

Did his humour help you heal faster?

Yes absolutely. He has me in splits most of the time. Javed has this wonderful ability of being totally serious and becoming extremely flippant. He accuses my friend Bhawana and me of treating a joke like a riddle we must solve. I’m hopeless at telling jokes. Invariably, I make a mess of the punch line. So that remains Javed’s department. His wit and repartee are difficult to match.

Would you say he’s your best friend?

Without doubt. We have many shared interests and a common worldview. The only thing I can’t do is sit in one place. The only thing he can’t do is to get up from the place he’s ensconced in. It’s the one thing about each other that drives both of us crazy. We have many arguments and disagreements too. When we were building our home, Sukoon in Khandala, I was in despair. The weekend getaway I had in mind was completely different from the mansion he was visualising. His best friend Farhan turned to me and said, “Let him have his way Shabana. He has lived on the streets and gone hungry for days. You must let him realize his dream. Waise bhi he’s Sholay and you’re Ankur,” he added mischievously. That made the penny drop. Every project of Javed’s is a magnum opus. I’m an art filmwallah at heart!

What have you discovered about each other during the lockdown?

That we enjoy each other’s company. That we’re comfortable with each other whether we’re being talkative or sharing silences.

How are you trying to be productive in this lockdown period?

I’m participating in webinars, doing podcasts, reciting poetry, reading scripts watching movies… On a lighter note I’m addicted to watching YouTube for kitchen hacks and trying different cuisine. That’s my down time. I’ve also joined international stars to participate in celebrated Italian writer, Erri De Luca’s, new project Decameron 2020 (the virtual project entails turning stories on the corona crisis, penned by writers across the world, into dramatised readings by actors). I did a dramatised reading of Tabish Khair’s River Of No Return. It was an entirely new experience. I did it without having ever met the director Michael Mayer (of Out In The Dark fame). It was strange but an adventurous ride into the unknown. I’m technologically challenged. I only have to touch a machine for it to cease to function or collapse completely. As an actor, I’ve a cushy position because everything gets set up for me. I’m only needed to learn my lines, take the light, hit my mark and rev up the emotion. But here I had to set up the entire shoot on my own with help from Ravi Vohra, my brother Baba Azmi’s colleague. I’m used to the hustle bustle of a 100-strong crew on set because it gets the adrenalin flowing. Here it was only me okaying my own takes. Because of the difference in time, I couldn’t get an immediate reaction from Michael. By the time he could watch the takes, the green chroma background and the lights had already been dismantled. Mercifully, he was satisfied with what he got.

Faraz Ansari’s Sheer Qorma is a lesbian love story. What did you find interesting about your role?

Divya (Dutta) referred the director, Faraz, to me. It’s a moving story. The whole concept of family is changing. It’s no longer confined to a heterosexual couple with children they beget.

The first Hindi film about two women falling in love, Fire, also featured you… Any recollections of the film?

There has been a sea change in society’s attitude towards the LGBTQ plus community. When Fire (1996) was released, it was a taboo topic. Now, it has much more acceptance and greater visibility which is as it should be. Why must the private life of a person be under scrutiny? Judge them for their work not for the love choices they make. We fear what we do not know and thus is created ‘the other’… the other race, the other religion, the other gender. Who decides what’s normal? We need to become a far more inclusive society.

I’m not allowed to talk about it yet. But it’s a character who’s conflicted. That’s always interesting to play. 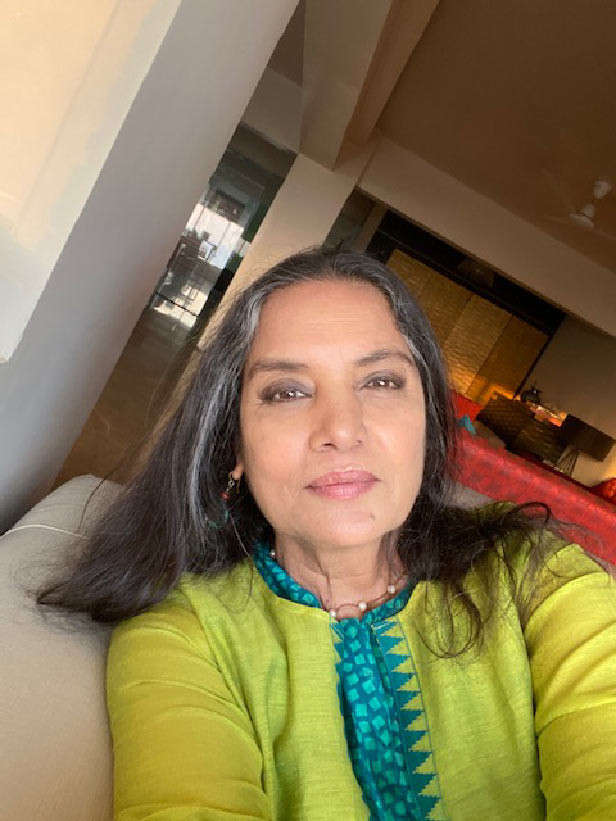 How do you think will the pandemic affect the business of films?

It’s going to be a huge upheaval for sure. It’s going to take a long time for people to pick up courage and risk going to a cinema hall to watch a film. The OTT platform will become the preferred medium for a long time. How will a star’s box-office worth be measured? Content must become king. I hope it does. Also work from home will be the new normal for production meetings, story sittings etc.

You’ve always been vocal about your social and political views on social media. How do you handle trolls?

By blocking them. I don’t entertain toxicity. Some nameless person with 10 followers tries to rattle me with an accusation that has not an iota of truth. Why should I dignify the troll with a reaction? Why should I fan the flames of their agenda?