Trending Now
With New Conviction, Hong Kong Uses Security Law to Clamp...
100 productive things to do when you’re bored.
What Daniel Craig Has to Constantly Remind People About Bond...
Failed state? Why Nigeria’s fragile democracy is facing an uncertain...
Some Covid Links – Cafe Hayek
What To Wear With Every Shade Of Denim
FALL FAVORITES | Minimalist Must-Haves For Autumn! | MAKEUP, HOME,...
Hermeus: Hypersonic aircraft designed to fly from NYC to London...
Central Banks and Socialism Are Forever Linked Together
Rectangular Watches Are Having a Moment
World News


From the reopening of garden centers in Austria to children returning to school in Germany, many European countries are cautiously planning their first steps out of national lockdowns.

Countries across Europe have been badly hit by the COVID-19 crisis. At least 2,090,110 people have been infected and 139,469 have died. As the virus spread, many governments in Europe placed their citizens under lockdowns throughout March, closing down businesses and schools, and forcing people to stay at home. Countries worldwide have been forced to take similar measures, effectively slamming the brakes on the global economy — the International Monetary Fund (IMF) expects it to contract by -3% in 2020 as a result of the pandemic, a significantly worse contraction than during the financial crisis in 2008-9.

Now, as the surge in cases across Europe begins to subside, many countries there are slowly lifting restrictions in the hope of reviving their national economies. But health experts cautioned life will not return to normal just yet. “There is no fast way back to normal,” said Hans Kluge, the director for the World Health Organization’s (WHO) European region, at a press conference on April 16. “It is imperative that we do not let down our guard.”

The WHO recommends that any country lifting restrictions meet six conditions: COVID-19 transmission must be under control; health systems need to have the capacity to detect, test, trace, and isolate cases; outbreak risks in high-vulnerable contexts must be minimized; schools and workplaces must have preventive measures in place; and communities must be willing to make major changes, comply with the rules, and actively enforce measures such as contact tracing and social distancing.

Keep up to date on the growing threat to global health by signing up for our daily coronavirus newsletter.

“One of the main things we’ve learned in the past months about COVID-19 is that the faster all cases are found, tested, isolated & care for, the harder we make it for the virus to spread,” the WHO Director-General Tedros Adhanom Ghebreyesus wrote on Twitter. “This principle will save lives & mitigate the economic impact of the pandemic.”

Here is how some European countries plan to lift their lockdowns:

Italy—which has at least 165,155 cases and so far witnessed the second highest number of COVID-19 deaths after the United States—began lifting some lockdown measures on April 14.

Italy was the first country to lockdown in Europe but has seen a recent decline in the total new daily cases. 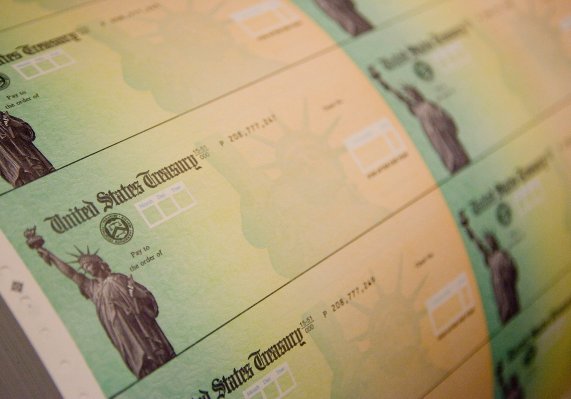 Now, some establishments, such as bookstores and children’s clothing stores, have been allowed to open under the condition that customers wear protective masks and gloves. These businesses must enforce social distancing and sanitize their shops twice a day. Other lockdown measures will remain in place until at least May 3.

The Italian government has not specified why it selected certain businesses to reopen but the culture minister said last week that books should be considered an “essential good” during lockdown.

Some regional leaders have chosen to keep their businesses closed. In the central region of Lazio, home to the country’s capital Rome, the regional council decided that bookstores and stationery shops would not open until April 20 in order to give business owners adequate time to prepare.

France has extended its lockdown for an additional four weeks but says it plans on slowly reopening schools starting May 11. After this date, restaurants will remain closed and festivals will be prohibited until at least mid-July.

“The eleventh of May will be the start of a new phase,” French President Emmanuel Macron said in a televised address on April 13. “It will be progressive and the rules can be adapted according to our results.”

France has at least 134,598 cases and 17,167 deaths. The country was placed under strict lockdown on March 17, with citizens only allowed to leave their homes for exercise and essential groceries and medication. Anyone breaking the rules has been subject to fines.

While the growth of newly recorded cases has slowed, Macron noted in his address that “the epidemic is not under control.” He added, “there is new hope but nothing is won at the moment.”

German Chancellor Angela Merkel announced that some lockdown restrictions could be lifted by April 20, after a four week lockdown that began on March 22.

Students will gradually return to school starting May 4 and some stores will be allowed to open but with strict rules regarding social distancing and sanitizing. Large gatherings, however, will be prohibited until the end of August.

“We have to proceed with extreme caution,” Chancellor Angela Merkel told reporters in Berlin on April 15. She added that Germany is “walking on thin ice.”

Merkel has cautioned citizens to remain vigilant, advising them to wear face masks while in public places. The premier of the Southern German state Bavaria has said that restrictions on bars and restaurants could be lifted by May 11. 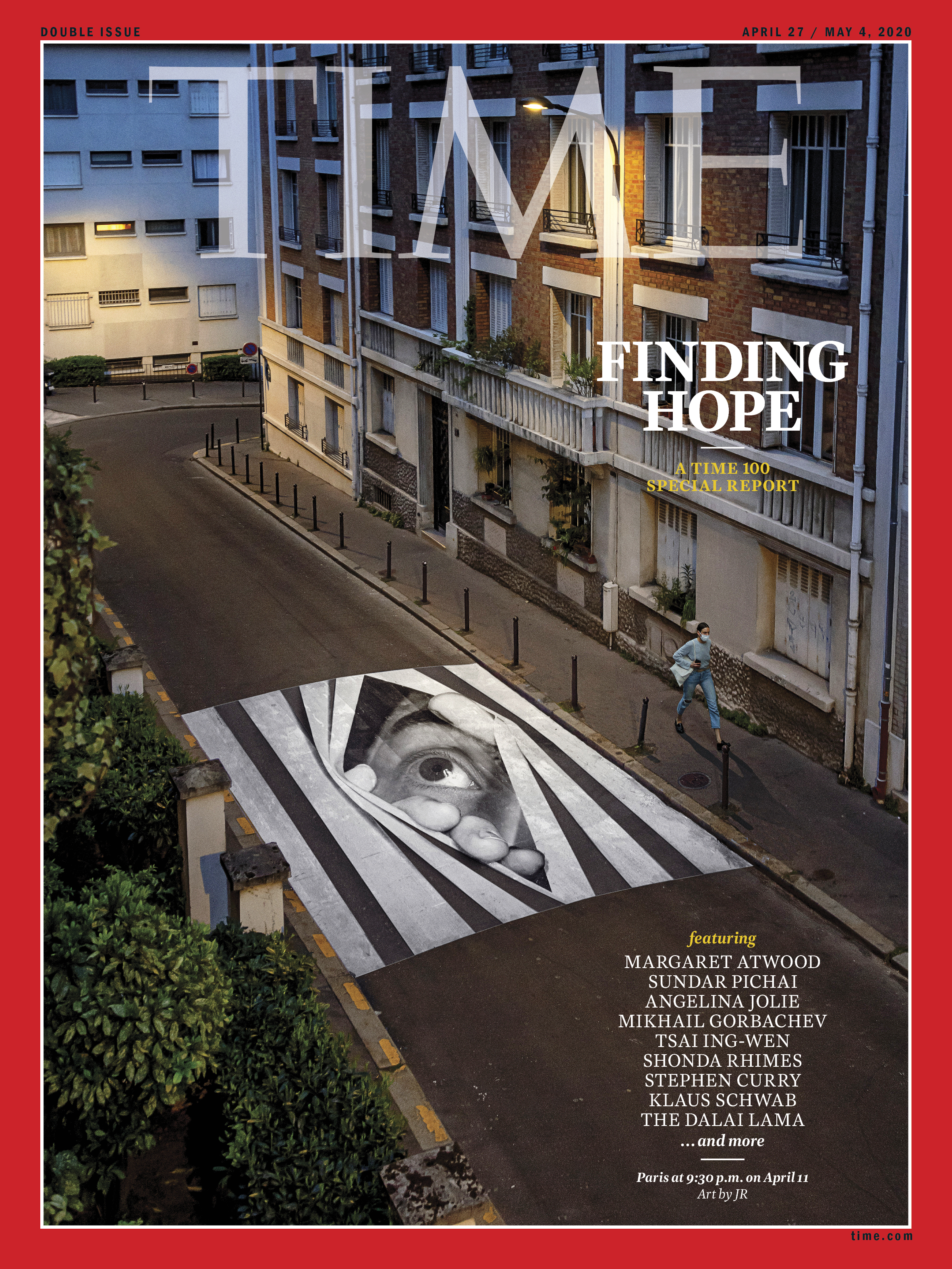 Finding Hope: The TIME 100 Community on Navigating Our New Reality

Here’s advice from Margaret Atwood, Sundar Pichai, Stephen Curry, Tsai Ing-wen and others on how to get through the coronavirus pandemic

Merkel has been praised for her handling of the COVID-19 crisis. Germany has seen one-fourth of the number of deaths experienced by its larger European neighbors, a low rate attributed to widespread testing and contact tracing. Currently, the country has at least 135,633 cases and 3,850 deaths.

This week, an estimated 300,000 non-essential employees went back to work in the Madrid region, as Spain lifted some of its lockdown measures which have been in place since March 15.

Spain—which has the second highest number of cases worldwide and an above-average fatality rate at 10.1%—has allowed some industries, such as construction, to return to work while bars and restaurants remain shut.

Health Minister Salvador Illa said on April 13 that Spain has not entered a “de-escalation phase yet” and that the lifting of restrictions applied to “a very limited number of sectors.”

The government’s decision has been criticized by regional politicians such as the Catalan regional President Quim Torra, who said lifting lockdown measures was “irresponsible and reckless.” Spain has the highest reported COVID-19 infections among doctors, who have lacked access to protective gear.

Currently, the lockdown will remain in place until April 26 but could be extended. Meanwhile, the police are distributing more than 10 million face masks to those individuals returning to work.

Garden centers and small stores have reopened in Austria but customers are required to continue social distancing and must wear masks.

“Experience in countries that have handled it well has taught us that we have to move gradually,” Economy Minister Margarete Schramböck told Austrian TV.

Denmark, which has confirmed 7,074 cases and 321 deaths, plans on easing the mitigation strategy after the latest numbers revealed a lower number of new cases than expected. On March 12, the government limited gatherings, increased testing and sanitizing efforts.

Now, children have returned to schools and some churches were opened for Easter last weekend. All large gatherings and festivals, however, remain canceled until the end of August.

Prime Minister Erna Solberg has said lockdown measures will be slowly lifted starting April 20 as children go back to school. “Our ambition is for all students to somehow get back to school before the summer,” she said.

When the COVID-19 outbreak hit Europe, Czech Republic imposed stringent measures, declaring a state of emergency on March 14. Citizens were required to cover their faces when leaving their homes and the country implemented restrictions on travel.

Now, the government is lifting these measures. Shops and outdoor sport facilities have reopened and children will slowly return to school, though high schools will likely remain shut until Sept. 1. By May 25, restaurants, pubs and liquor stores with outdoors patios will be permitted to open as well as salons and galleries. By June 8, all retail stores will be allowed to open their doors to customers.

Czech Republic has confirmed at least 6,303 cases and 166 deaths.

Please send tips, leads, and stories from the frontlines to [email protected]time.com.

Why is malaria so dangerous and why...