At first glance, they could be mistaken for being brothers. Tall, handsome and possessing a magnetic screen presence, Vinod Khanna and Amitabh Bachchan were the epitomai of the classical screen hero. And if you cast them together, you doubled your chances of delivering a hit. Both Prakash Mehra and Manmohan Desai, filmmakers who were arch-rivals, realised the truth of it and cashed on their humongous popularity by often casting them together. Vinod Khanna was the only star of the era who seriously challenged Amitabh Bacchan’s numero uno position. If Amitabh was number one, Vinod was number two and was inching closer to the throne. Their off-screen rivalry, fuelled by the press at that time, made their joint projects all the more saleable. Their rivalry, as well as their friendship, still gets talked about.

Ajay (Vinod Khanna) and Vijay (Amitabh Bachchan) are two small-time con artistes and best buddies. Vinod Khanna got the meatier role in the film — that of a true friend who learns that his own father might be the man from whom Amitabh Bachchan’s character is seeking revenge and sacrifices familial ties for the sake of friendship. But it wasn’t a dark or serious film and had moments of pure comedy, especially in the first half, where both Ajay and Vijay go about conning people using different tricks and disguises. Saira Banu too had an interesting role in the film. The Amitabh Bachchan-Vinod Khanna bromance worked big time for the film and it paved the way for more films starring them together. The title song sung by Mahendra Kapoor and Kishore Kumar became a rage. 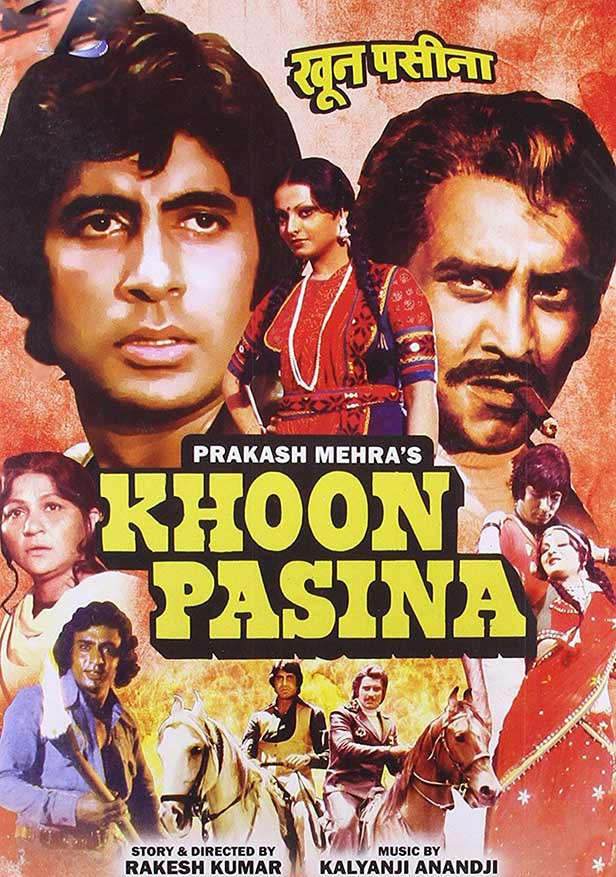 This was a Western pared down to suit Indian sensibilities. It had the look and the feel of a Sergio Leone film. But unlike Leone’s films, it lacked a genuine screenplay and relied more on the macho personalities of the two leads than on actual storytelling. While Amitabh Bachchan was called Tiger, Vinod Khanna was called Shera in the film. Going by their names itself one can make out it’s a film which will have them bashing twenty guys without breaking sweat. Both Bachchan and Khanna play tough guys with golden hearts. Initially rivals, they unite towards the end against a common enemy. Khanna had a very different look in the film, heavily influenced by Dr Zhivago and made him look like a Russian. He had that personality to carry off the blond colour and looked dashing while doing so. Strangely, he doesn’t have a female lead in the film, an oddity, given Bollywood’s penchant for pairings. 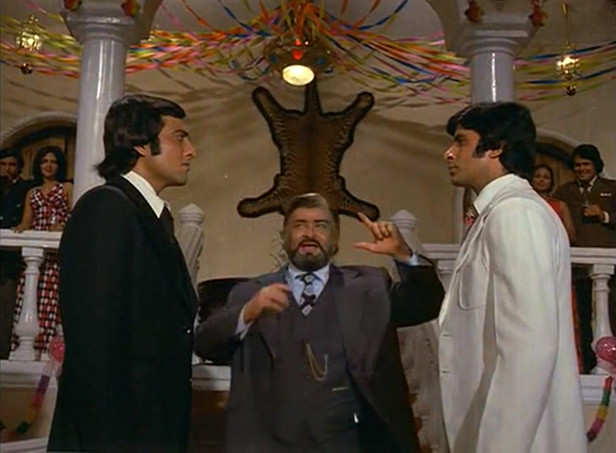 Now it was Manmohan Desai’s turn to cash-in on the Vinod Khanna-Amitabh Bahchchan craze. The film deliberated on nature versus nurture debate so loved by our filmmakers. Vinod and Amitabh play brothers who become enemies for a while because of circumstances but later manage to sort out their differences. The plot revolved around two children brought up by an honest policeman (Shammi Kapoor). One is his own son and the other is a dacoit’s son. In a classic case of mistaken identity, the policeman’s son starts thinking he’s actually the dacoit’s son and grows up to be a master criminal, who later repents and helps his policeman brother to fight off the real villains. Vinod Khanna again had the grey-shaded role, which went well with his personality. His scenes where he starts hating his brother thanks to his wrong beliefs, the dramatic tension between him and Amitabh and their confrontation sequences made it worth watching. It wasn’t a grim film by any means. Most of it was fun and frothy. The guys got to romance two lovely girls, Neetu Singh and Shabana Azmi, who also played sisters in the film. The Jaate ho jaane jaana song sung by Asha Bhosle, Aarti Mukherjee, Amit Kumar and Shailendra Singh picturised on all four is still popular today. 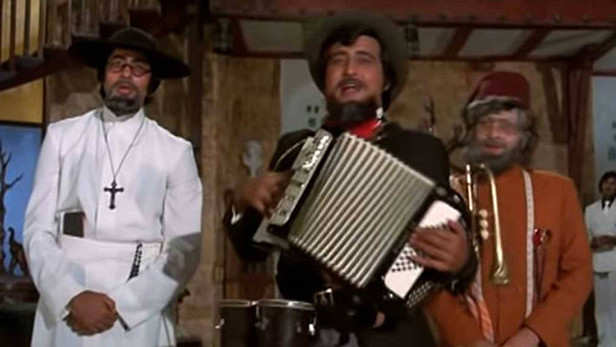 It’s a classic tale of three brothers separated since childhood and brought up to follow different faiths, getting united upon growing up and exacting revenge on the people who had harmed them. It had romance, action, comedy in equal measure and this something for everyone approach contributed big time towards the film’s stupendous success. Vinod Khanna played the eldest brother Amar, a police inspector. Amitabh Bachchan played the middle brother Anthony, who is a bootlegger and Rishi Kapoor played the youngest Akbar, a tailor and a singer. The film has Khanna getting the better of Bachchan in an iconic fight scene. He looked dapper as hell in uniform and brought a much-needed gravitas in the film, which was otherwise a slapstick comedy majorly. Vinod’s pairing with Shabana Azmi too was appreciated. 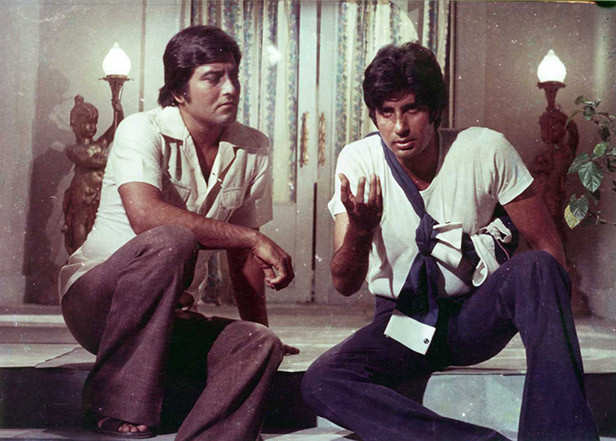 This was sadly the last film where Vinod Khanna and Amitabh Bachchan acted together. It was Prakash Mehra’s adaptation of the Devdas story where the alcoholic lover isn’t a money rich thakur but a street smart guy who creates a small empire for himself by catching crooks and smugglers. Vishal Anand (Vinod Khanna) played an honest lawyer and the best friend to Sikandar (Amitabh Bachchan) in this It’s he who gets the girl (Raakhee) in the end. The film was said to be one of the longest-running films of the decade, barring Sholay. It was the highest-grossing Bollywood film of 1978 and was also the third highest-grossing Indian film of the decade, after Sholay and Bobby. The title song had two versions, the fun version sung by Kishore Kumar and the sad version sung by Mohammed Rafi, which was picturised on Vinod Khanna.