Anil Kapoor has worn many hats as an actor ever since he started acting way back in the ’80s. He has done straight dramatic roles, action films, crime thrillers, romantic films, even westerns to boot. His versatility in the industry is well known. He’s still going strong despite all these years and giving the youngsters a run for their money. We bring to you a list of his top romantic films down the years. We hope his histrionics will lighten up the boredom during this extended lockdown.

The film is a remake of the 1981 Tamil film Andha 7 Naatkal, which was directed by K. Bhagyaraj. Director Bapu remade the film in Telugu first and then in Hindi. Anil Kapoor, believe it or faint, was called Prem Pratap Patialewale in the film. He plays a young musician who along with his assistant (Master Raju) becomes a tenant in Maya’s (Padmini Kolhapure) house. The duo falls in love but Prem initially finds himself unworthy of her. Later, they’re found out while trying to elope and Prem is thrown out of the house. She’s forcibly married to Dr Anand (Naseeruddin Shah), but tries to commit suicide on her nuptial night itself. Upon learning the reason, the good doctor asks her to stay with them for seven days for the sake of his ailing mother. He searches for Prem and wants the lovers to unite but Maya has come to love him by now and even Prem doesn’t agree with the whole thing. It was one of his earliest films but Anil came across as a confident actor, displaying comic timing as well as dramatic flair in ample measure. 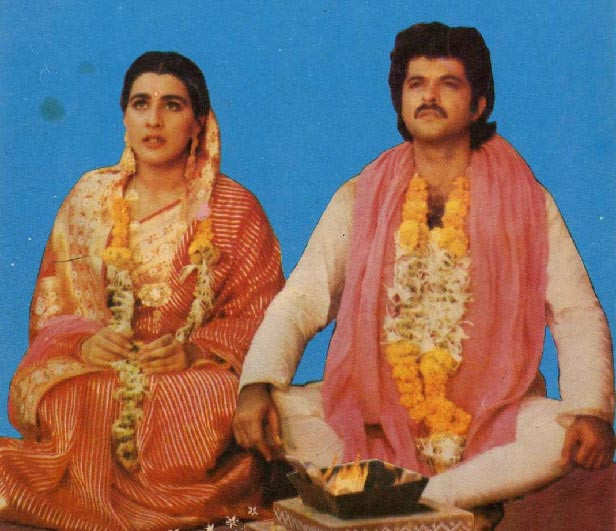 The film made a stand against casteism and had a feminist heroine, a novelty in those days. Charandas (Anil Kapoor), is under the influence of Mastram Pahelwan (Om Prakash) and wants to dedicate his life to being a wrestler. All his vows of celibacy go for a toss when he espies Chameli (Amrita Singh), the daughter of the local coal trader Kallumal (Pankaj Kapur). The duo fall in love and decide to get married, but both sets of parents are dead against the match as they belong to different castes. They take the help of Advocate Harish (Amjad Khan) to resolve the dilemma. He advises them to elope and get married. And later convinces both the girl’s father and the boy’s brother why the alliance would be politically beneficial to them both. Amrita Singh was pure gold as an overgrown schoolgirl who has failed in 8th four times and who bashes up her relatives like a real freestyle wrestler when she overhears them making plans of bumping off her boyfriend. Anil Kapoor let her take centre stage and was good as a former pahelwan coming to grips with the various emotions associated with love. His chemistry with Amrita Singh worked in the film’s favour. Amjad Khan got the best lines as the street smart lawyer who knows the weaknesses of people and uses his knowledge to get things done. 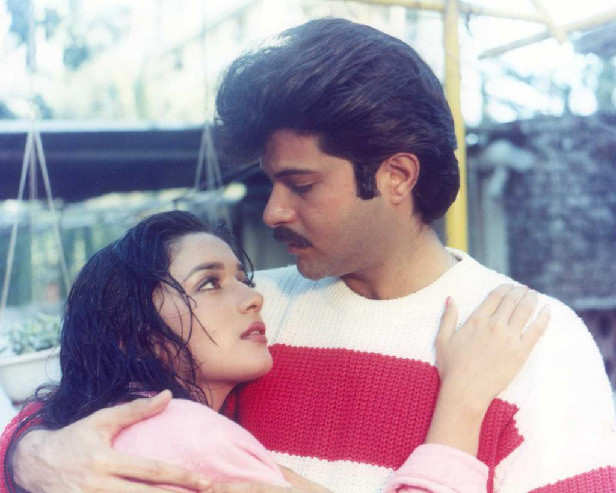 Anil Kapoor plays a young collegian in this violent love story. Munna (Anil) wanted nothing else but join the navy and serve his country but circumstances force him to take to a life of crime. The film highlighted the seething anger felt by the society which is mostly kept in check but acts like acid when erupted. A slumlord Lotiya Pathan (Kiran Kumar) has Mohini and her father in his grips over a past loan and doesn’t like the growing proximity between Munna and Mohini. Munna kills the man who had tried to rape his sister and goes to jail because of that. He becomes a hardened criminal inside and is ordered off Mumbai limits. Munna locks horns with Lotya in order to save Mohini and is forced to go all mano-a-mano with the goon in the climax. It was an unusual love story in the sense that it had an undercurrent of violence running throughout and wasn’t just another breezy masala entertainer. Anil’s intensity was much admired in the film. 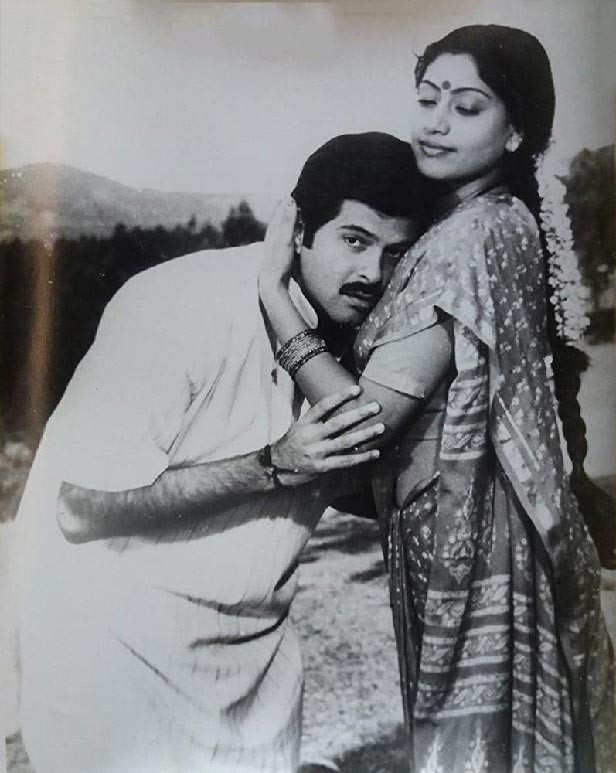 Eeshwar is a learning-disabled orphan living with his grandmother. Though he may not be as intelligent as others, he has tons of sympathy for everyone. He chances upon a young widow Lalita (Vijayshanti) living with her young son in the village and can’t bear to see her being mistreated by her relatives. He marries her and initially, his own relatives, as well as the other villagers, are against this match. The primary reason being that Lalita is a widow. But in his own simple way, he loves her fiercely and she too begins to love her. He’s transformed through love and soon finds employment and begins to take care of her. They lead a contented life and she dies in his arms later in the life of old age. He digs up the Tulsi plant which she had planted and takes it with him while leaving for his son’s house. Anil Kapoor gave a fabulous performance in this remake of Swati Mutyam (1986) starring Kamal Haasan and Raadhika in the lead roles, which was directed by K Vishwanath himself. 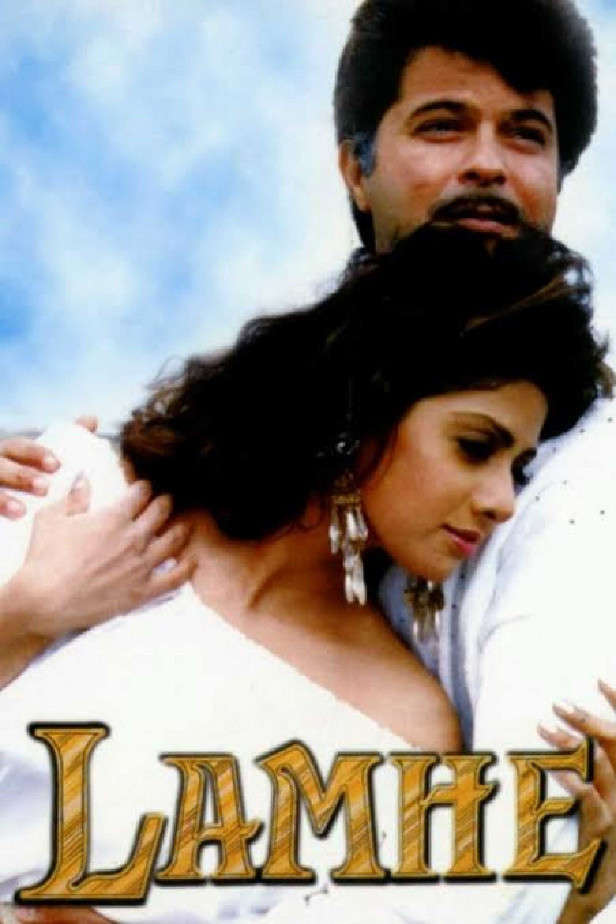 Yash Chopra was known for his bold takes on romance but he really pushed the envelope with this one by showcasing the blossoming of love between a young girl and a man old enough to be her father. Viren (Anil Kapoor) is in love with Pallavi (Sridevi), daughter of a family friend. She, however, has hots for another. She marries her lover after the sudden death of her father and a distraught Viren leaves for London to set up a business there. One year later, it’s heard that Pallavi and her husband have died in an accident, leaving behind an infant daughter Pooja who is brought up by Daijaan (Waheeda Rehman), who had brought up Viren as well. When she grows up, she visits Viren in London and he’s struck by her uncanny resemblance to her mother, whom he hadn’t forgotten. She has been in love with him since childhood and it blossoms further. Viren has to stop living in the past in order to love her and the film sensitively portrays the different aspects of this delicate affair. Though it was Sri’s film, Anil admirably captured the different moods of a person who finds lost love again in the form of the daughter of the woman he loved. 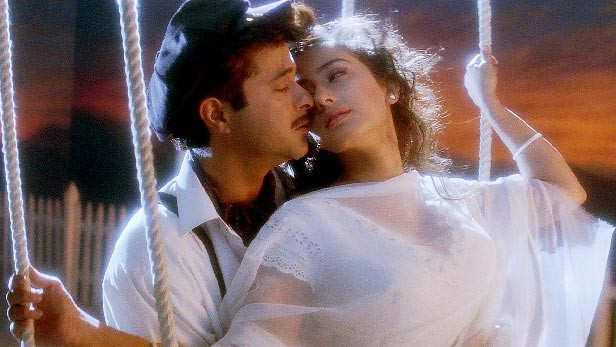 It was a period love story set in an era where the British still ruled us. Naren Singh (Anil Kapoor) falls in love with Rajeshwari “Rajjo” Pathak (Manisha Koirala). Naren’s father is a rich landlord and a staunch British supporter while her father is a staunch revolutionary. His father learns of the hideout of the freedom fighters through his son and informs the British. Rajjo’s father is killed in the ambush and she is rescued by Shubhankar (Jackie Shroff), another freedom fighter. When Naren comes to know of his father’s duplicity, he’s livid and severs all ties with his father. He too becomes a revolutionary and gets captured by the British. He’s to be hanged for his actions in front of the whole town. Shubhanker saves him at the last minute and the duo manage to kill the British officials present at the gathering. The film showed a young man trying to find love in turbulent times and Anil was brilliant in both aspects of the role. 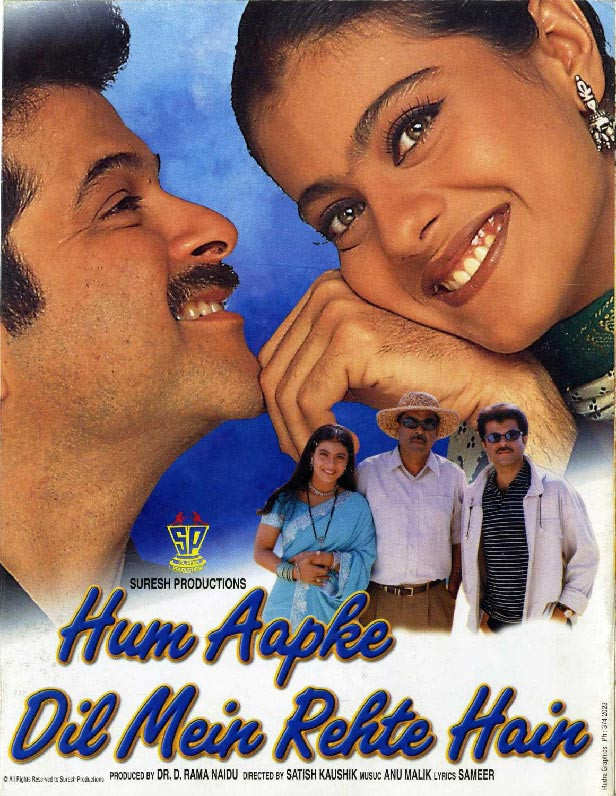 It was based on the Telugu Hit Pavitra Bandham (1996) and revolved around the idea of a contract marriage. Vijay (Anil Kapoor), is a pampered child of Viswanath (Anupam Kher) who doesn’t believe in marriage. Forced by his father, he enters into a contract marriage with Megha (Kajol), his father’s personal assistant. His condition is that he’ll leave Megha if he doesn’t fall in love with her in a year. Megha agrees to it as she’s in a financial mess and needs money to take care of her family. She soon becomes the perfect wife and wins over everyone’s heart. However, Vijay isn’t convinced about the institution of marriage even after one year and sends her back. He begins to miss her, however and finds a way to woo her back. He becomes the MD of the new company she works in and tries hard to win her affections again. Though Megha is pregnant with his child, she has no desire to move back with him. It so transpires that his enemies stab him and Megha too accidentally slips at that instance and goes into labour. He somehow gathers himself and takes both himself and her to the hospital. The child is safely born and Vijay and Megha get united once more. It was as melodramatic as they come but proved to be a huge hit.