Sonakshi Sinha got known for her sass and her spunk, not to mention her sex appeal ever since she made her debut opposite Salman Khan in Dabangg (2010). Her earthiness has made her an instant hit with the masses. And she’s one of the few actors who have the acting chops to match her charm and screen presence. On the occasion of her birthday, we share a list of the best movies from her decade-old career so far.

It was a total paisa vasool film and marked Sonakshi Sinha’s debut as well. Sonakshi’s screen presence, as well as her simmering sensuality, got noted in the film. The film introduced us to the coolest cop in the Hindi film world — Chulbul Pandey, played by Salman Khan. Chulbul dotes on his mother (Dimple Kapadia), respects his stepfather (Vinod Khanna) and is affectionate towards his step-brother Makkhi (Arbaaz Khan). We see his courting Rajjo (Sonakshi Sinha) — who brings a ray of sunshine to his troubled soul. His happy-go-lucky life goes for a toss when his mother is murdered by Chedi Singh (Sonu Sood). Chedi tries to harm his entire family but Chulbul overcomes all hurdles. When he comes to know of Chedi’s involvement behind his mother’s murder, Chulbul chokes him to death.

It’s an official remake of the 2006 Telugu film Vikramarkudu. Akshay Kumar plays a double role — that of a small-time conman Shiva and his lookalike, brave and honest cop Vikram Rathore. The cop is hurt badly and his colleagues shift him to Mumbai for treatment. There, they chance upon Shiva and use him to placate Vikram’s daughter Chinki as he looks just like him. Vikram dies saving Shiva and his daughter from goons that had come to kill him and were attacking Shiva thinking he was Vikram. When Shiva learns the truth about the officer, he promises to go back to the village where Vikram was posted and set things right. Sonakshi plays Shiva’s love interest Paro in the film. At first, she hates him for being a con man but when she sees he’s using his wits for a good cause, she too joins in the fight. Her chemistry with Akshay was one of the talking points of the film. 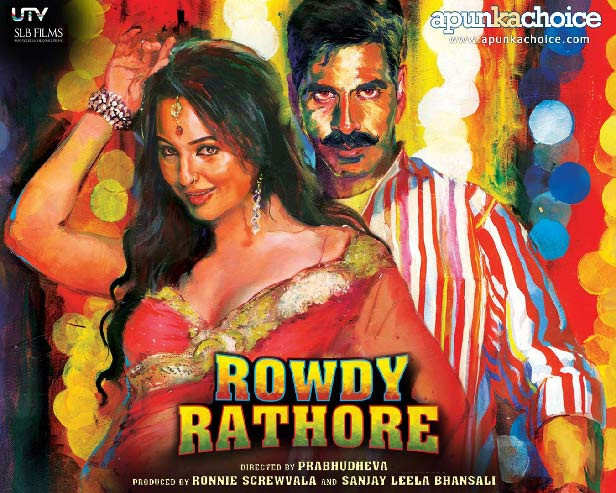 It’s a remake of the Telugu hit Maryada Ramanna (2010). Jassi Randhawa (Ajay Devgn) and Sukhmeet Kaur Sandhu (Sonakshi Sinha) meet on a train and fall in love. The problem is that they belong to warring clans. Jassi, who had been living in London all this while, feels that the feud would have been forgotten after 25 years but it isn’t so. The only way out for him is to become a guest at the Sandhu household because for them, the guest is God. He proceeds to do so and he and Sukhmeet have a set of misadventures before things are set right. The film was basically a string of slapstick gags loosely tied together. It proved to be yet another massy hit in the actress’ kitty.

People were amazed to see Ranveer Singh in this period romance inspired by O. Henry’s poignant story The Last Leaf. He wasn’t his usual bouncy self but showcased the world that he can do roles that require him to portray theraav as well. He plays a conman who charms his way into Sonakshi Sinha’s heart and home and one day takes off with the family heirlooms. Later, he encounters her dying of tuberculosis in an impoverished position. Feeling remorse and guilt, he stays with her and nurses her to health. She’s convinced that she’ll die when the last leaf falls off a tree seen from her window and to give her hope, he makes sure it doesn’t happen. It was a poignant love story inspired by Ray’s films. Both Sonakshi Sinha and Ranveer Singh were highly praised for their nuanced acting but strangely this well-made film didn’t do well at the box office.

It is a remake of the Tamil film Thuppakki (2012). Virat Bakshi (Akshay Kumar) is a captain in DIA, a secret branch of the army. He comes to Mumbai on a holiday and his parents want him to get married. He meets Saiba Thapar (Sonakshi Sinha) at their insistence and rejects them at first but later promptly falls in love with her. His matrimonial plans are all shot to hell when he gets wind of a terrorist plot to target Mumbai through sleeper cells. He activates his own team in the city and goes about countering the plans of the terrorists. Saiba becomes his emotional anchor amidst all this. A cat and mouse game ensues between him and the terrorist mastermind  (Freddy Daruwala), which ends with Virat putting an end to the mastermind and his agents once and for all. The film was admired for its stylised action. Sonakshi’s character was that of a multi-disciplinary athlete and she really slogged at the gym to look the part. 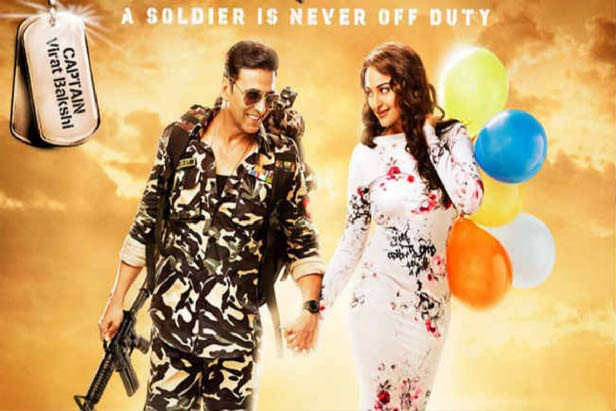 It’s a sequel to Force (2011). DCP Yashvardhan (John Abraham) gets a coded message from his friends, a RAW agent, that someone is killing RAW agents one by one. The RAW top brass agrees to it and since he’s an outsider, makes him in charge of the task force formed to eliminate the threat. A RAW agent KK (Sonakshi Sinha) is assigned to him and the two discover that it’s not a terrorist attack but a revenge plot cooked up by the son of a disgraced RAW agent. They discover that the murderer Rudra Pratap (Tahir Raj Bhasin) may have a genuine cause for hatred. They do manage to kill him but before that make a corrupt minister confess to falsely incriminating Rudra’s father, thus clearing his name in the process. Sonakshi wasn’t just eye candy but managed to kick some serious butt in John’s company in the film. 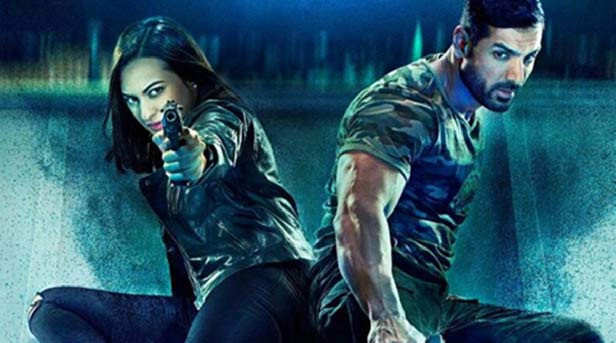 The film is inspired by the 1969 Ittefaq starring Rajesh Khanna and Nanda and directed by Yash Chopra. The film built on the premise of the older film and used it to tell a much darker tale with a surprise twist in the end. Sonakshi plays a housewife who is having an affair on the side and who is accused of killing her husband. Siddharth Malhotra plays a writer who is not all that he seems and Akshaye Khanna plays an honest CBI officer who finds himself saddled with a double homicide with no clues and two conflicting narratives to tackle with. He does come to the right conclusions, but unfortunately not before the culprit manages to fly away. It was a taut, edge of the seat thriller and Sonakshi’s portrayal of that of a young woman slowly losing her mind won her a lot of plaudits. 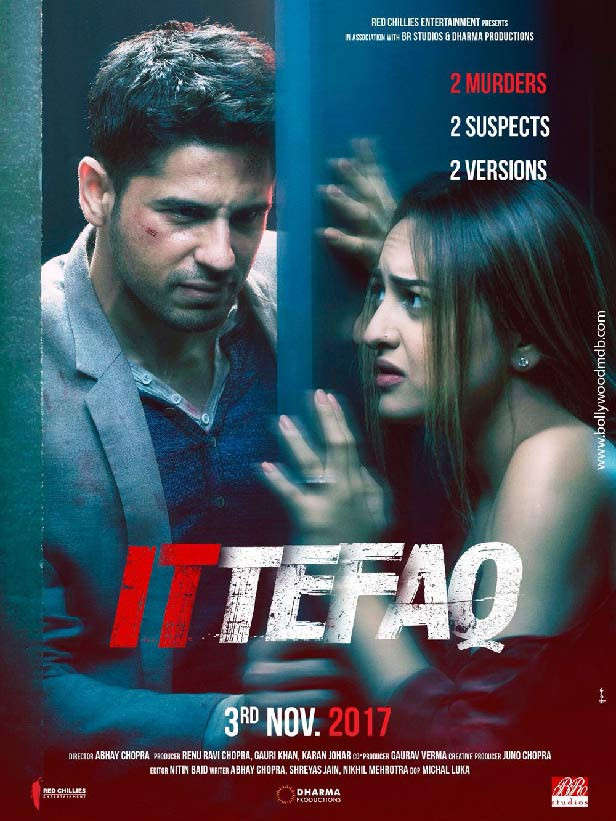 A laugh riot that will have you rolling in the aisles. Happy Phirr Bhag Jayegi is the sequel to Happy Bhag Jayegi (2016). The original film revolved around the fact that Diana Penty ran off on her wedding night and somehow landed in Pakistan, leading to a merry chase across the border. In the present film, Sonakshi Sinha (also named Happy) comes to China to find her runaway groom (Aparshakti Khurana) and gets kidnapped by Chinese thugs, who mistake her for Diana Penty because of their similar names. Ali Fazal and Diana Penty too are in China for a music show, though the focus of the film isn’t on them. They play largely supporting roles. Sonakshi seeks help from Khushwant Singh (Jassi Gill), an Indian embassy employee who knows Chinese. Bagga and Usman land there as well to lend a helping hand. The group has one set of crazy adventures after another across Shanghai and nearby towns, falling in and out of improbable situations and meeting outlandish characters on the way. Sonakshi Sinha takes to comedy like fish to water and doesn’t put a foot wrong. 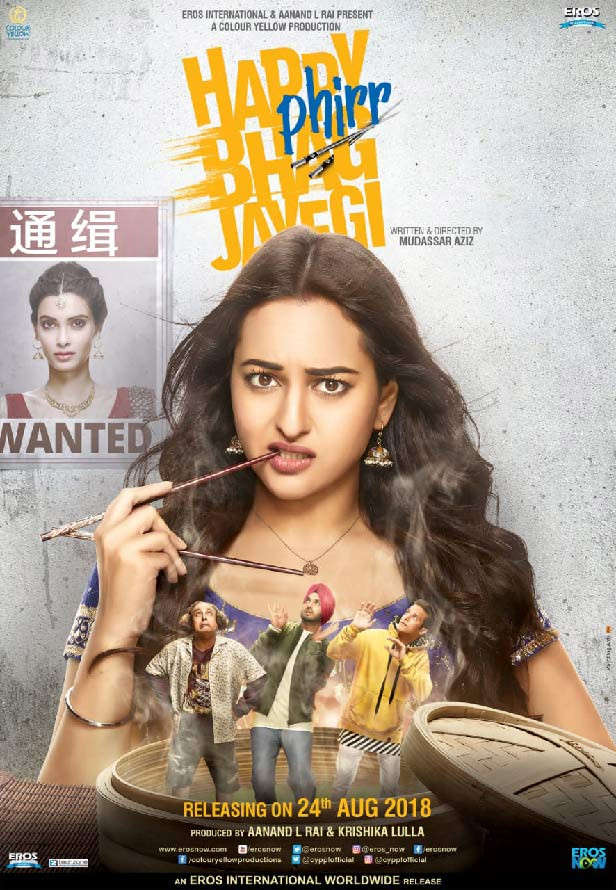 Mission Mangal is a fictionalised account of India’s Mars Orbiter Mission. Rakesh Dhawan (Akshay Kumar) is a mission director at ISRO. His last mission fails on take-off and as a punishment, he gets shunted to the Mars mission, he knows he is at a pretty nascent stage and is never going to go past the planning stage. A fellow scientist Tara (Vidya Balan) finds a way to actually make it happen. They ask for a team of experts but what they get is a team of assistants to top scientists comprising Eka Gandhi (Sonakshi Sinha), a bohemian spirit who believes more in hookups than in marriage, Kritika Aggarwal (Taapsee Pannu), a klutzy woman who disappears in between to take care of her injured soldier husband, Varsha Pillai (Nithya Menen), a young wife who goes through pregnancy in between the mission, Neha Siddiqui (Kirti Kulhari), a Muslim girl divorced from her husband and going through a separation-related crisis, Parmeshwar (Sharman Joshi) a naive guy saving up his virginity for marriage and Ananth Iyer (HG Dattatreya), a scientist on the verge of retirement dreaming of visiting holy places in his free time. Sonakshi’s character initially joins the crew as working on a prestigious project in India might brighten her chances of one day landing a job at NASA. But later, patriotism kicks in and she works doubly hard to make the Mars mission a success. 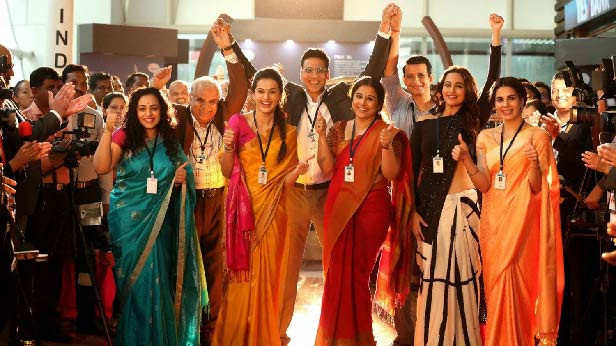 How to Dye Your Hair at Home

A Healthcare Worker Weighs in on COVID-19...