Trending Now
Strange Indian Carvings Reveal Advanced Ancient Technology | Praveen Mohan
Today International News Feb'22 | World News Bangla I BBC...
Queen alone with her thoughts as duke is laid to...
NORRIS NUTS REACT TO THEIR LATEST FASHION
25 Best Underwear For Men 2021
They met on an airport layover and fell in love
Pinguins Bremerhaven – Augsburger Panther | 34. Spieltag, 2020/2021 |...
What Are Phthalates & Why to Avoid Them
In Minneapolis, armed patrol group tries to keep the peace
Applications for New Businesses Have a Double-WTF Moment
Entertainment

For the past decade or so, Salman Khan has been dominating our cinema screens with blockbuster hits. It all started with Dabangg (2010) and has continued till Bharat (2019). This year, thanks to the coronavirus, there won’t be a Salman Khan release on Eid. We’re sure you’re all pining to see Bhai on the silver screen soon. But all that would happen only when the lockdown lifts up and things go back to normal. Presenting a list of Salman Khan Eid hits down the years to add to your movie-watching pleasure. We’re sure binge-watching them would surely satiate your Salman Khan fetish for the time being. Enjoy!

The film introduced us to the coolest cop in the Hindi film world — Chulbul Pandey, played by Salman Khan. Chulbul dotes on his mother (Dimple Kapadia), respects his stepfather (Vinod Khanna) and is affectionate towards his step-brother Makkhi (Arbaaz Khan). We see his courting Rajjo (Sonakshi Sinha) — who made her debut with the film. His happy-go-lucky life goes for a toss when his mother is murdered by Chedi Singh (Sonu Sood). Chedi tries to harm his entire family but Chulbul overcomes all hurdles. When he comes to know of Chedi’s involvement behind his mother’s murder, Chulbul chokes him to death. It was a total paisa vasool film and marked Sonakshi Sinha’s debut as well. It earned 14.50 cr at the box-office. 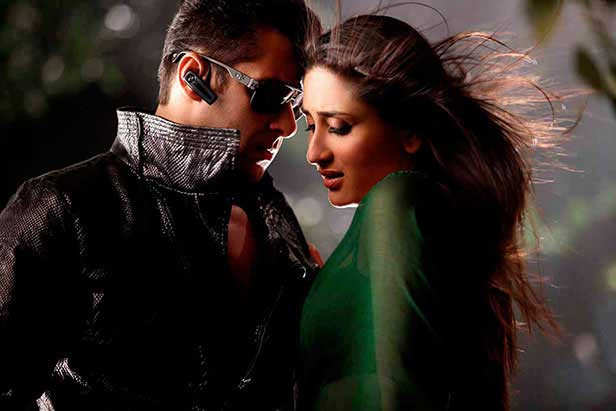 Bodyguard was a remake of Siddique’s own Malayalam film of the same name which was released one year earlier. It depicted Salman Khan as a bodyguard of a much younger girl Divya (Kareena Kapoor) who falls in love with him. She calls him from another number pretending to be someone else and Lovely Singh (Salman) falls in love with the voice. She wants to reveal her identity and elope with him but when she comes to know that her politician father may kill him because of that she doesn’t follow suit. Meanwhile, her friend Maya (Hazel Keech) pretends to be the caller and they marry. Years later, when they meet again, Lovely learns that Divya was the one who had been calling him all along. Maya had passed away by now and Lovely and Maya’s young son, who knows about his mother’s secret having read her diary, helps reunite Lovely and Divya. The film earned 21.60 crores on the first day of the release. 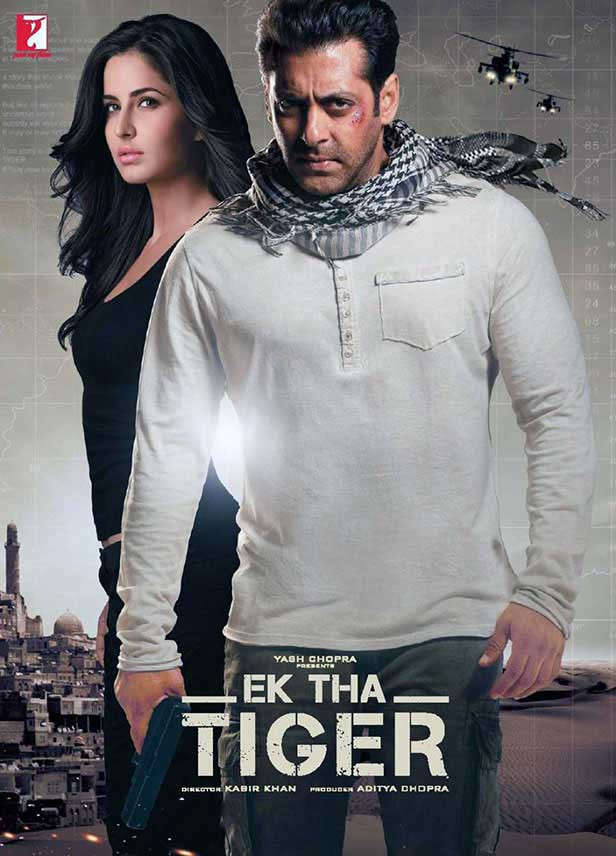 The film marked Salman Khan’s entry into the Yash Raj camp. It follows the adventures of an Indian spy code-named Tiger (Salman Khan), who is charged with recovering sensitive information before it falls into the hands of Pakistan and ends up falling in love with the Pakistani agent Zoya (Katrina Kaif), who is sent on a similar mission by her government. The film was shot extensively abroad in places like Dublin, Istanbul and Havana. It was one of the first Indian films to shoot in Cuba. It was praised for its stunts which were mostly executed by a foreign crew. Not only Salman but Katrina too vigorously participated in the stunt work. The film turned out to be a big blockbuster and gave way to a sequel, Tiger Zinda Hai (2017) directed by Ali Abbas Zafar. The film earned 32.93 crores on its opening day. 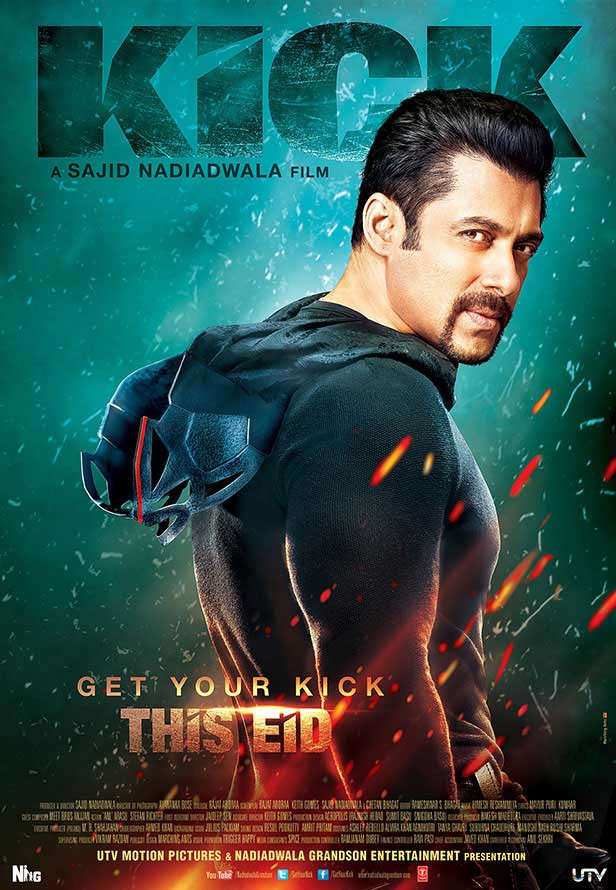 Salman Khan plays a man called Devi who likes to take risks for the sake of the thrill he gets from them. He calls these thrills kick. He’s also a sort of a Robin Hood figure called the Devil who robs the rich and gives to the poor. He’s targeted by an honest police officer Himanshu Tyagi (Randeep Hooda). Devil always taunts Himanshu and often tells him his plans beforehand and even then executes them without a glitch. He’s doing it all for the sake of homeless children and knowing his intentions are good, Himanshu lets him go even when he knows Devi’s true identity. The film was inspired by the Telugu hit Kick starring Ravi Teja. Its stunts were very much admired and because of its blockbuster success, there are plans in place for a sequel. It earned 26.40 crores on its opening day. 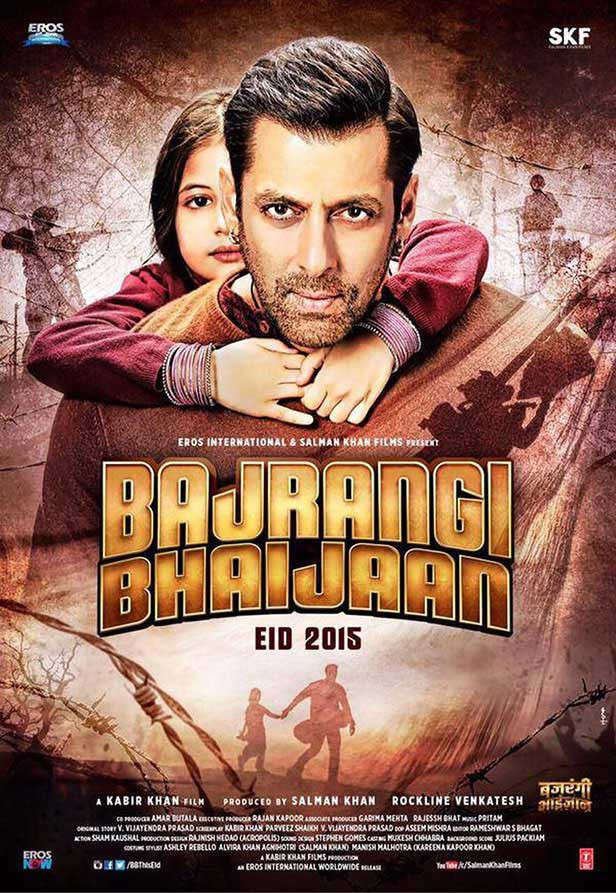 A 5-year old girl (Harshaali Malhotra ) from Pakistan gets separated from her mother at an Indian railway station. Lost and hungry she finds shelter at the home of Pawan (Salman Khan), an ardent devotee of Hanuman, a devout Hindu and hailing from a wrestling family. Pawan takes a vow to unite the child with her family and during the course of this journey, the film moves from the heartland of Punjab, through the deserts of Rajasthan, over the snow-capped mountains of Kashmir. The film propagated Hindu-Muslim, India-Pakistan unity. It made Salman Khan into a kind of messiah. He didn’t play the normal action hero here who could battle twenty goons with one of his hands tied behind his back but adopted a non-violence approach to the conflict. The film was a blockbuster not only in India but abroad as well. It earned 27.25 crores on its opening day. 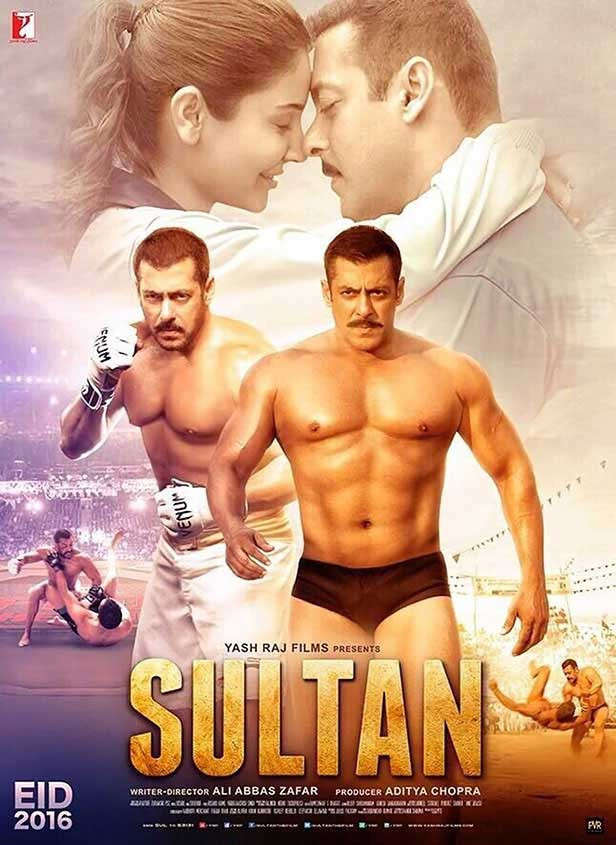 Sultan was the classic underdog story with a twist. Salman Khan played Sultan, a traditional village wrestler who loves a girl named Aarfa (Anushka Sharma) who is also a wrestler. He wins bouts to impress her and goes on to become a national and international level wrestler, eventually representing India in the Olympics. Salman Khan kind of loses his way after being successful and starts neglecting her when she needs him the most. Feeling disgusted with him after losing their child, she leaves him initially. To win her back he enters an MMA competition and trains hard for it. His aim is to build a blood bank in the memory of his dead child with the prize money. She comes back to him when he is injured and motivates him to win the tournament when she learns of his intent. He’s able to open a blood bank in the name of his late son with the money earned and wins her back as well. It was a performance full of emotional ups and downs and both Salman and Anushka made you root for their characters. The film earned Rs 36.54 crores on its opening day. 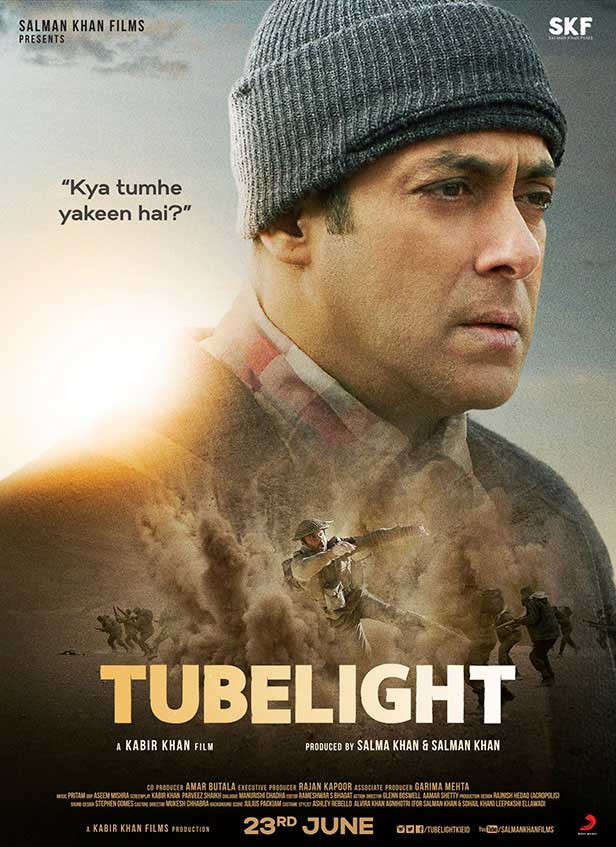 The film is an adaptation of the 2015 American film Little Boy and its story revolves around the 1962 Sino-Indian War. Laxman Singh Bisht (Salman Khan) has been a little odd since he was a kid and hence his friends and acquaintances have been calling him Tubelight ever since. His brother recruits in the army during the 1962 conflict and is presumed to be missing in action. Meanwhile, a Chinese woman living in Kolkata has been temporarily shifted along with her young son to their village and Laxman befriends them. A magician has told him that fate can move mountains and he seemingly causes an earthquake using his mental powers. He manages to find his brother, who has lost his memory. Later, thankfully, Bharat’s memories come back. This anti-war movie garnered Rs 21.15 crores on its opening day. 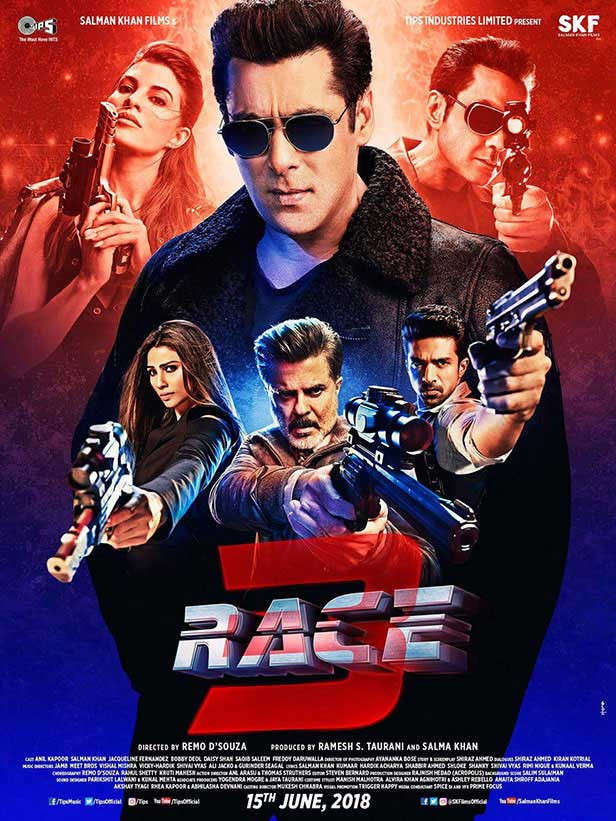 It was a pure Salman Khan fest all the way. A dysfunctional, ultra-rich family, shady deals, fast cars, high-speed chases, sassy women, macho men and enough plot twists to make Abbas Mustan go groggy with delight, Race 3 has all these and more. And apart from the razor-sharp action, it’s also a Karan Johar film at heart, what with ‘it’s all about loving your family’ as a primary motif. The film’s main plot revolves around Salman and his family undertaking a mission to retrieve a hard drive containing videos of politicians indulging in sexual vices. And in the course of that everyone’s core identity is revealed and a dozen skeletons stumble out of the closet. Salman is decked out as a one-man army in the film and takes out a whole army of goons all by himself. What more can one really want? The film earned Rs 29.17 crores on its opening day. 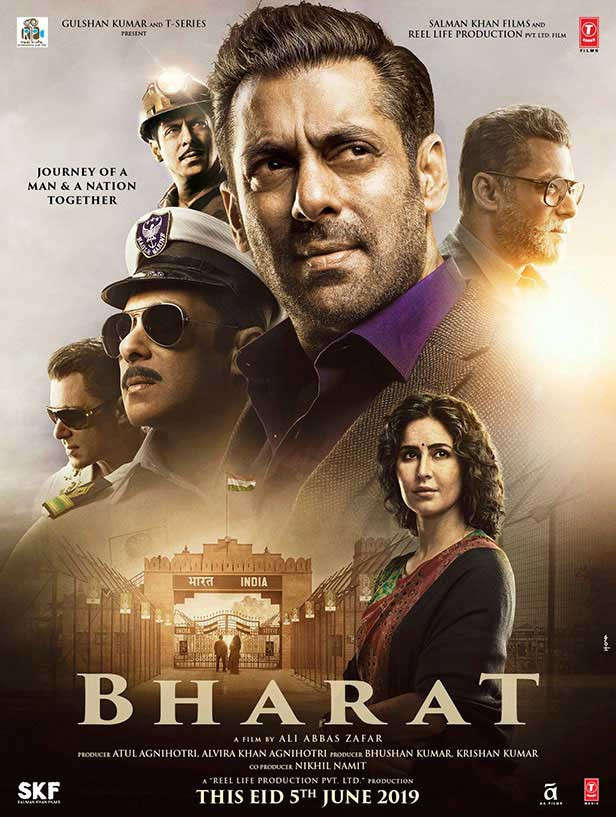 The Partition of India serves as the focal point of the film. Eight-year-old Bharat lets go of his younger sister’s hands as they are climbing atop a train which will take the family to India from Pakistan. Father (Jackie Shroff) alights to search for her and both aren’t seen again. The incident haunts Bharat (Salman Khan) all his life and influences his every decision. So much so, in fact, that he decides to forgo marriage to the love of his life Kumud (Katrina Kaif) because of this. How he finally finds closure forms the crux of the film. The basic idea of the film, taken from the Korean hit Ode To My Father (2014), is to showcase a nation’s history through the life experience of a single citizen. Unity and universal brotherhood are celebrated and so is the vast reach of Bollywood films. The film also touches upon the fact that even after all these years, the scars of Partition haven’t healed. That people who suffered are still searching for answers. Salman Khan is the perfect heroic figure in the film — caring towards everyone, loyal to his friends, devoted to his family and having a strong sense of justice. The film earned 42.30 crores on its opening day.

How to Improve Digestion Naturally

Want to grow your lungs capacity? THESE...