How can our filmmakers not make films based on cricket in our cricket-crazy nation? In 1983, India won the cricket world cup and interest in the sport rose considerably more after that. And so did the interest of our filmmakers in making movies on the battle between the ball and bat. If the COVID-19 scare wasn’t there, the IPL season would have been in full flow right now. In lieu of actual matches, you can watch films based around cricket to satisfy your IPL cravings during the lockdown. Have a look.

Fresh out of the success of Love Story (1981), Kumar Gaurav was cast as a talented cricketer in this film. It reportedly was long in the making. Vinod Mehra played his supportive brother, Rati played his love interest and Shakti Kapoor played his nemesis who hatches the plot to discredit him. Thanks to false allegations against him, Ajay (Kumar Gaurav) is banned from playing cricket ever again. His life goes in a downward spiral and he starts drinking heavily to forget the pain. How he brings his life back on track forms the crux of the story. 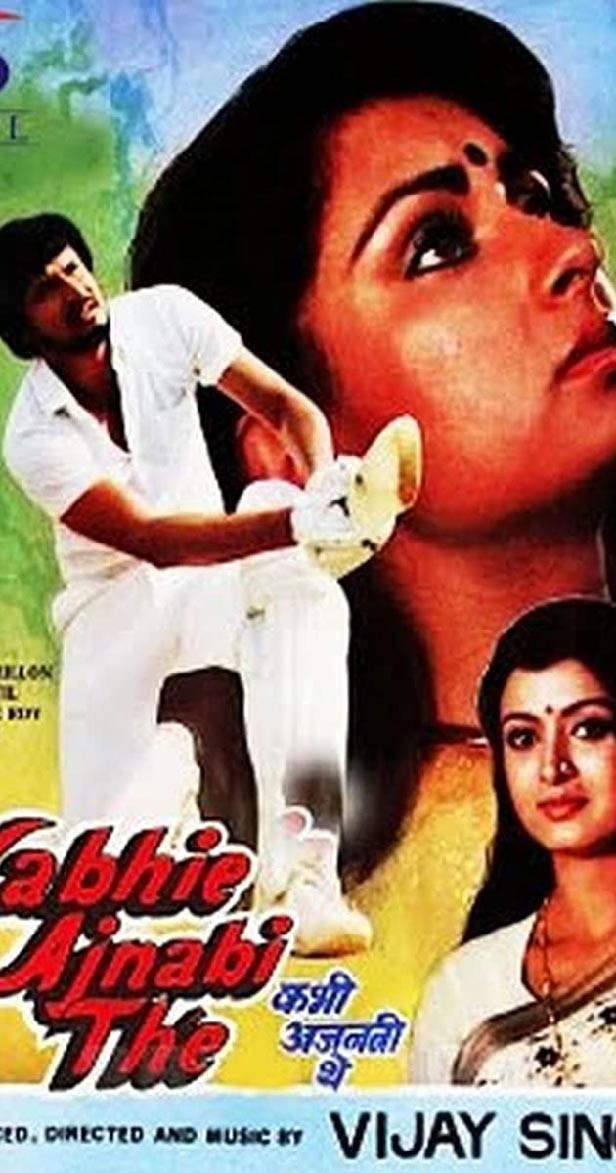 Sandeep Patil, an actual cricketing star from the 1983 world cup team and Syed Kirmani, the star wicketkeeper of the team, both tried their luck in films through this release. While Patil played a cricketer who is caught in a love triangle, Kirmani played a villain. The film’s highlight was the famous fight sequence between the two real-life friends. Patil is shown as being injured by goons sent by a rival but later achieves match fitness and makes a comeback in the team thanks to Debashree Roy’s character. The sensuous number Geet mere hothon ko de gaya koi picturised on Debashree Roy became another talking point for the film. Sachin Tendulkar reportedly had a cameo in the film as a youngster who gets to meet Patil. 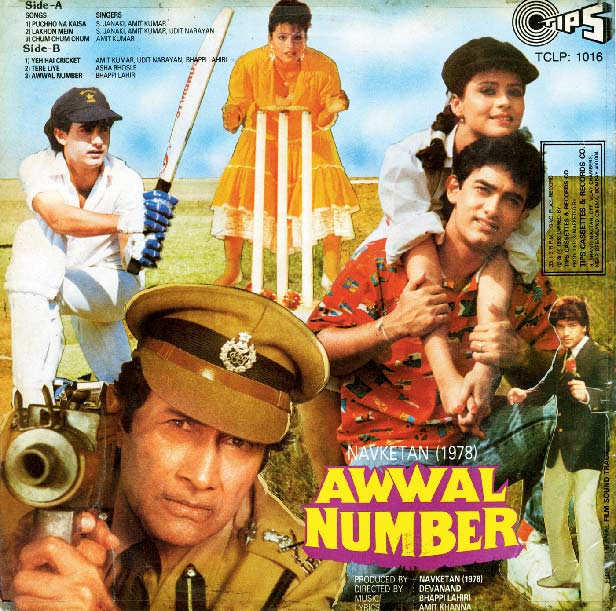 Aamir Khan reportedly signed the film without reading the script. Dev Anand believed in grandeur. In improbable plots full of intrigue. So even a sports film directed by Dev Anand can’t just be about cricket. The plot did involve the rivalry between an established cricketer and an upcoming star but apart from that, it also centred around a terrorist plot to blow up a stadium where a crucial India versus Australia match was being played out. Aditya Pancholi played police commissioner Dev Anand’s younger brother and the star of the cricket team who can’t tolerate that someone more talented than him has usurped his place. He plans revenge and ultimately meets a sorry end at the end of his patriotic brother. Aditya Pancholi looked good as an arrogant cricket star and Aamir being Aamir brought authenticity to his cricketing strokes. His liplocks with the film’s heroine Ekta too were much talked about. 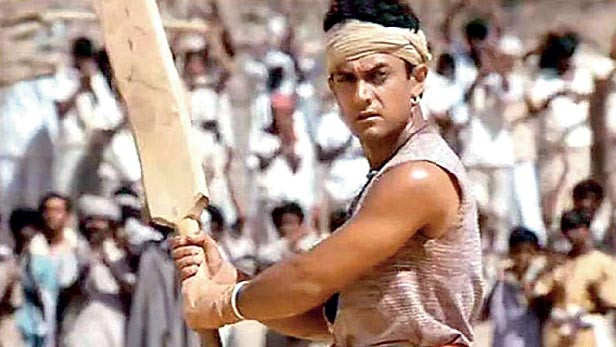 In Lagaan, a motley, rag-tag bunch of Indian villagers beat the British at their own game to stave off paying taxes. As improbable as it may seem, the film was lapped up by the masses because of its patriotic overtones, as also because of its highly stylised cricketing action. It recreated famous cricketing incidents in a period set up and our cricket-mad public just couldn’t have enough of it. Aamir Khan played Bhuvan, a simple villager, who first picks up the nuances of the game and later teaches it to his team. He turns out to be the star batsman for his team and wins the match single-handedly. Another key component of the team was Kachra (Aditya Lakhia), who bowls a mean spin thanks to his disability and takes a crucial hattrick. It was shot almost entirely in Bhuj to keep the feel of a rain-parched village from the 1890s. 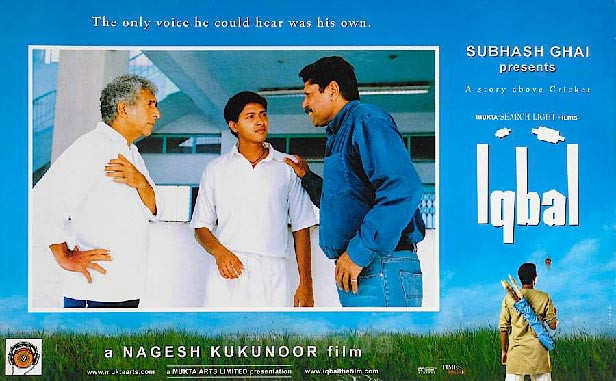 Shreyas Talpade played Iqbal, a deaf and mute boy who is a natural pace bowler. He dreams of playing for India one day but his father feels it’s a waste of time. An alcoholic former cricketer Mohit (Naseeruddin Shah) hones his talent and gets him selected for the Andhra Pradesh Ranji team. He soon becomes their star wicket-taker. He’s bribed by Guruji (Girish Karnad) to go easy on his protege. But Iqbal rejects the bribe as he gets a better offer from a sports agent and bowls with his usual pace. He catches the eye of Kapil Dev (playing himself) who helps him secure a place in the national team. The film was a rags-to-riches story. Playing a dumb and mute character Shreyas didn’t have a speaking role but emoted well through his expressions. 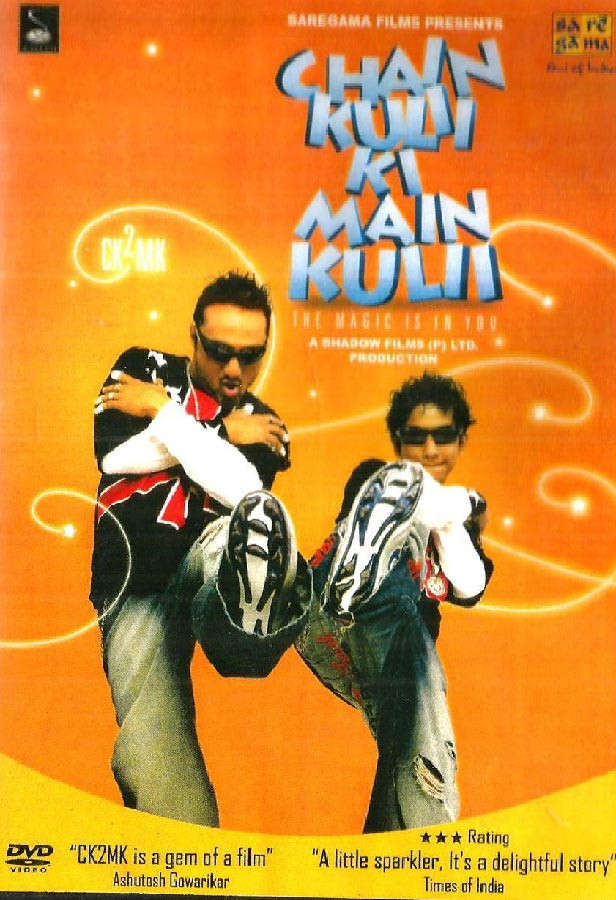 The film is based on the Hollywood movie Like Mike (2002) which revolved around Basketball. Karan (Zain Khan), an orphan, gets hold of an old cricket bat which he’s convinced belonged to the world cup winning captain Kapil Dev and was used in the final match. Circumstances lead him to be included in the Indian cricket team, and he’s paired off as an opening batsman, along with the captain Varun (Rahul Bose). Varun is estranged from his parents and Karan helps him reconcile with his parents. The magic bat gets stolen on the eve of a crucial match but Varun helps him understand that the magic lies inside him and not the match. His batting helps India win the match. It’s shown that Varun plans to adopt him after getting married to his girlfriend. The film’s title was taken from a famous dialogue from Amitabh Bachchan starrer Satte Pe Satta. 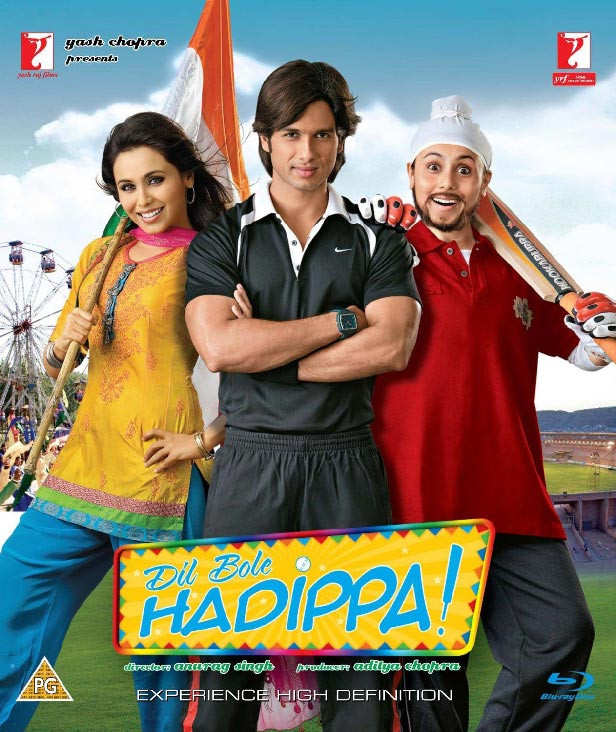 The film is based on the Hollywood hit She’s The Man (2006), which revolved around soccer. Veera (Rani Mukerji) is an extremely talented cricketer but isn’t taken seriously by anyone because she’s a girl. She gets a chance to showcase her talent when she disguises herself as a boy and is picked up by Rohan (Shahid Kapoor) to play for a special Indian team against a special Pakistani team in a tournament called Aman cup. Rohan, who has fallen in love with Veera, is at first disturbed by her deception when she confesses she was pretending to be Veer for her love of cricket but later forgives her and lets her play in the crucial match. She wins the match despite her hand being fractured and later reveals herself to be a woman, giving a heartfelt speech about the assimilation of women in fields traditionally marked as a male domain. 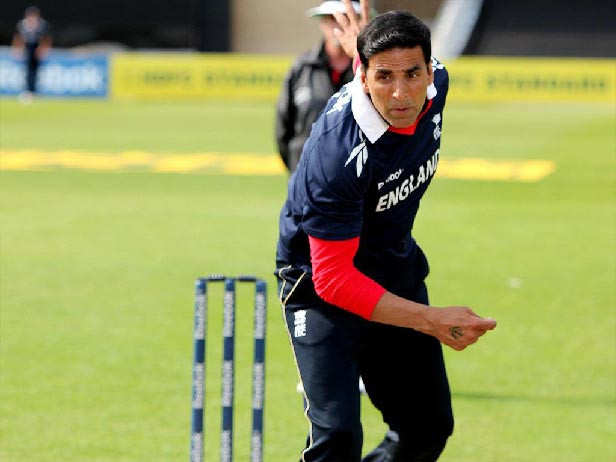 Gurtej Singh Kahlon (Rishi Kapoor) doesn’t like the way Indians are treated in England. He’s prejudiced by past experience and thereby forbids his son Parghat Singh Kahlon (Akshay Kumar), who is a talented bowler, to try out for the England team. Years later, his interest in cricket gets revived thanks to the efforts of Simran Chaggal (Anushka Sharma). She encourages him to give the sport another try despite him being middle-aged. He begins to train again and reaches awesome fitness levels. His bowling action is improved as well and he miraculously gets picked up to play for the England cricket team and wins a crucial match for them in the climax. Akshay Kumar worked hard to portray the rhythm of a fast bowler accurately. His fresh pairing with Anushka Sharma was appreciated as well. 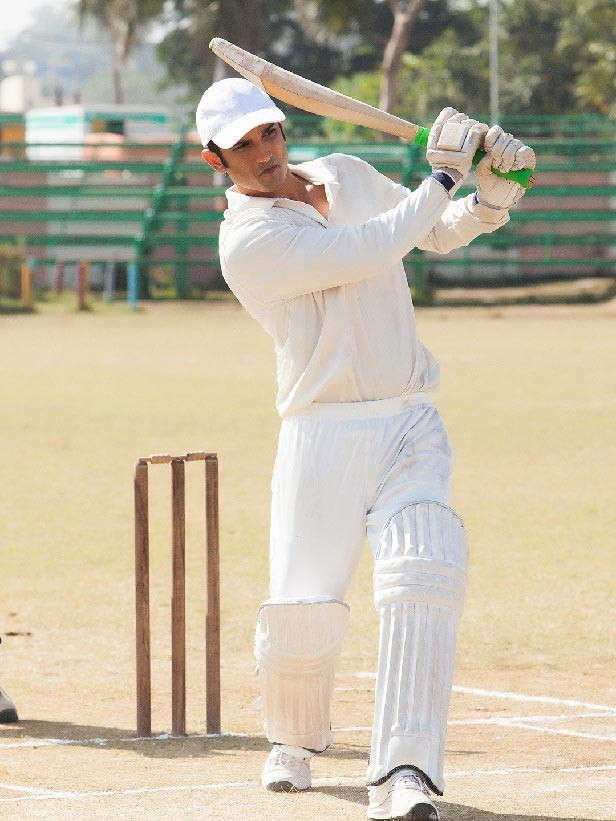 MS Dhoni is one of our most successful cricketers. Not only has he been known for his prowess with the bat, but he’s also admired for his lightning-fast wicket-keeping abilities as well. He is the only captain in the history of Cricket to win all ICC trophies. Under his captaincy, India won the 2007 ICC World Twenty20, the 2010 and 2016 Asia Cups, the 2011 ICC Cricket World Cup and the 2013 ICC Champions Trophy. His biopic, M.S. Dhoni: The Untold Story, chronicled his life and cricketing career up to the Indian team’s win at the 2011 Cricket World Cup. Former wicketkeeper Kiran More personally coached Sushant Singh Rajput, for thirteen months, in both wicket-keeping and batting before the filming began and did a brilliant job of being Dhoni 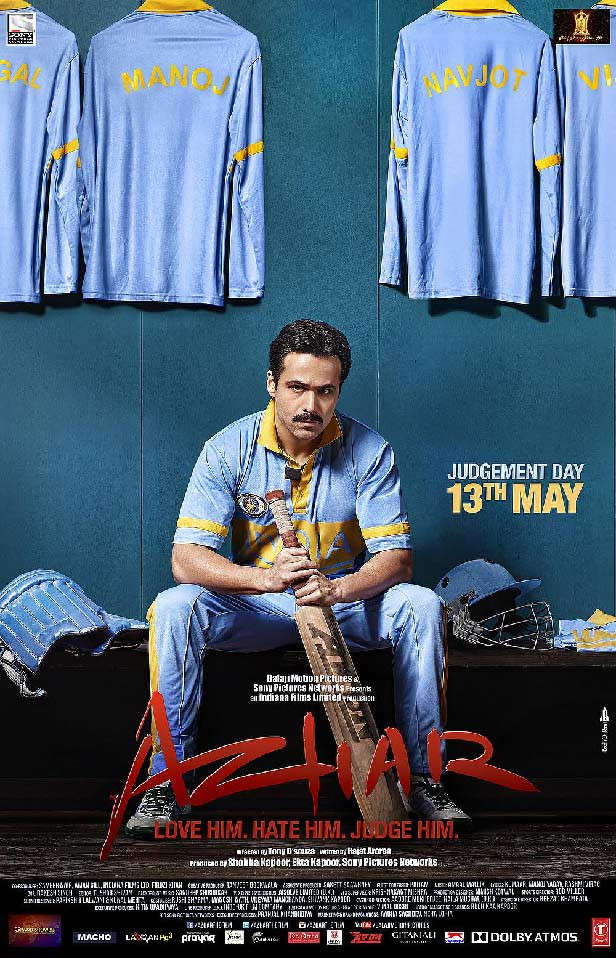 Azhar was a highly fictionalised account of the life of former Indian cricket captain Mohammed Azharuddin, who was accused in a betting scandal and as a result, his career ended on a bitter note. In his heyday, he was known for his elegant batting and was a prolific fielder as well, holding a Test batting average of 45.03. He led a colourful life off the field as well, divorcing his first wife Naureen in 1996 to marry actress Sangeeta Bijlani. In the film Azhar, Emraan Hashmi played Mohammad Azharuddin, Nargis Fakhri played Sangeeta Bijlani and Prachi Desai essayed the role of his first wife Naureen. Emraan did full justice to his role, mimicking Azhar’s wristy trademark shots to perfection. It was a flawed film on a flawed life but interesting nevertheless. 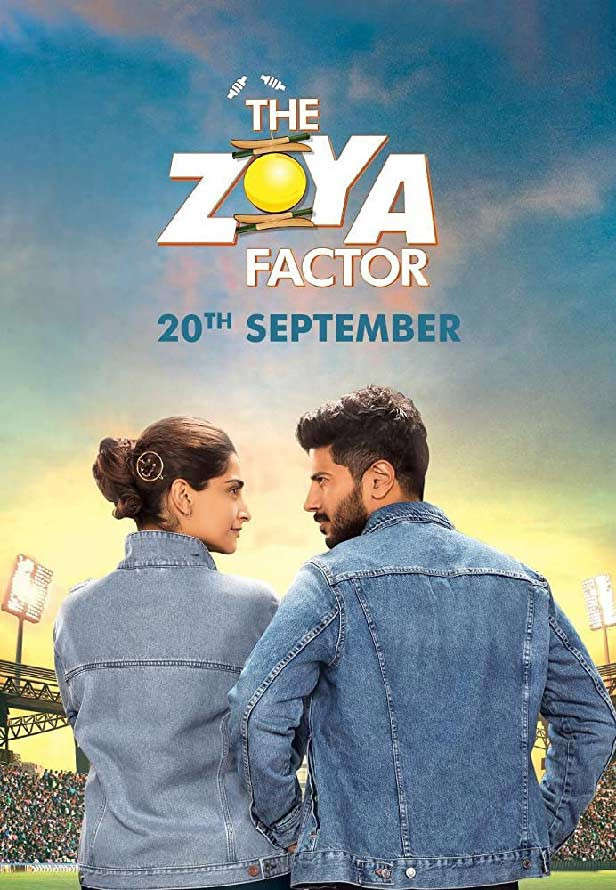 It’s an adaptation of a book by the same name by Anuja Chauhan. Zoya Solanki (Sonam Kapoor) is considered lucky for cricket by her ex-army officer father (Sanjay Kapoor) as she was born on the day India won the cricket world cup for the first time in ’83. A turn of events makes her come in contact with the current Indian team, who too begin to think of her as a lucky mascot. The only one against her is the team’s captain Nikhil Khoda (Dulquer Salmaan) who believes it’s hard work and team spirit and not some good luck charm that wins matches. A twist in the tale comes when both fall for each other, leading to complications. Whether their love survives Zoya’s X-factor forms the crux of the film.

Who are all the winners from the past...

Fox News Is Casting Joe Biden as the...

Guilt returns to BBC Two but which cast...

Why Don’t We See Indigenous Representation in Film?

An open letter from a Hindi film...