Kareena Kapoor Khan has never failed to amaze her with her extraordinary acting skills ever since she burst on the big screen 20 years ago. Her natural ease in front of the camera has been her greatest strength. She has been known to get under the skin of her characters with consummate ease and essay them with total conviction. She could have just banked on her good looks to see her through but as her career progressed, she picked up more and more challenging roles and made a name for herself as a versatile actor. We pick the ten best films of Kareena Kapoor Khan career so far for your viewing pleasure during this state of semi-lockdown on her birthday today. Enjoy!

This was the debut film of both Kareena Kapoor and Abhishek Bachchan. Abhishek Bachchan works as an illegal guide who smuggles people across the Indo-Pak border. His business got a boost after the formation of Bangladesh after the Indo-Pak war of 1971. He herds refugees from East Pakistan into West Pakistan through the Rann of Kutch. He considers them nothing more than commodities till he meets Kareena Kapoor’s character. He falls in love with her during the crossing. Later, she entreats him to take her across the border to India as she doesn’t want to get married to the person chosen by her parents. They become intimate and she becomes pregnant. She later gives birth in the no-man’s-land between India and Pakistan. Kareena was admired for her natural ease in front of the camera. Her chemistry with Abhishek was admired as well. 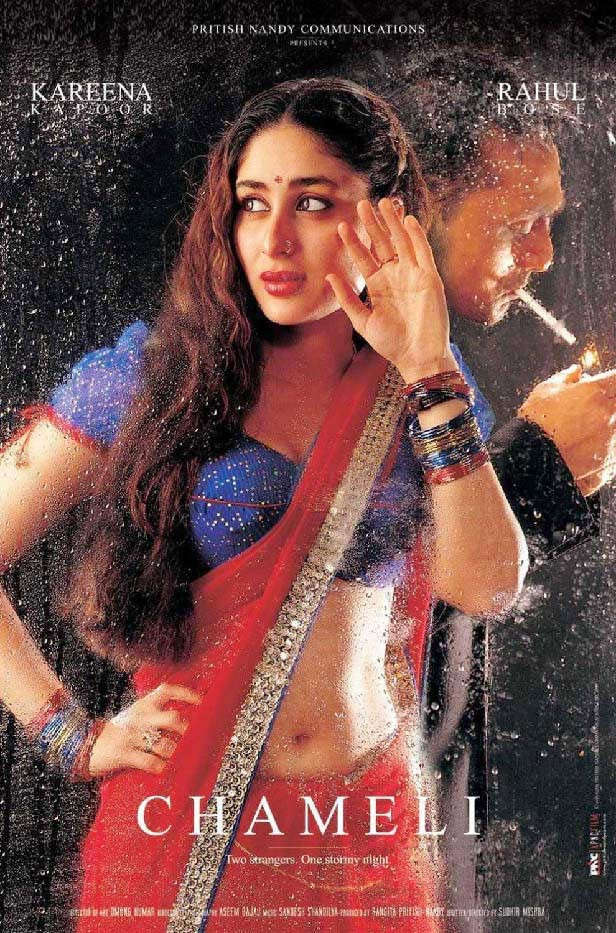 Aman Kapoor (Rahul Bose) is a wealthy investment banker, whose pregnant wife, Neha (Rinke Khanna) was killed in a car accident. The incident has left him depressed and lonely. Forced to engage in social events, he reluctantly hosts a party. But his heart isn’t into it and he leaves. His car breaks down on a flooded road and his cell phone battery dies. He takes refuge in an alleyway where he meets Chameli (Kareena Kapoor), a street-smart prostitute. She introduces her to the seamier side of life and he realises that the underprivileged are facing a constant struggle to survive and that their problems are manifold compared to his. He emerges as a changed, more positive man from the encounter. Kareena was always looked upon as this epitome of a commercial heroine but she changed that perception when she agreed to play a prostitute in this Sudhir Mishra film. It told of a depressed investment banker’s (played by Rahul Bose) road to redemption after a chance encounter with a prostitute. Kareena allegedly toured Mumbai’s red-light district in disguise to get her mannerisms right and her frank and candid portrayal of a carefree prostitute won her legions of admirers. 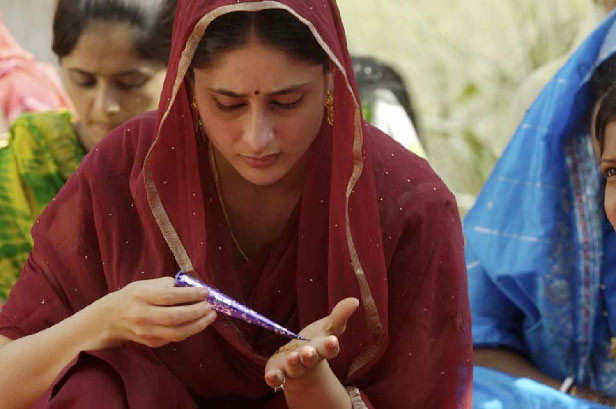 The film is Vishal Bhardwaj’s take on Shakespeare’s immortal play Othello. Set in the badlands of North India, the film plays out the tragic tale of Iago/Langda Tyagi’s (Saif Ali Khan) betrayal. Tyagi feels he’s been ignored and slighted by his friend because of his handicap and wants revenge. He plots to bring him down by sowing seeds of discontent. Omi/ Othello begins to suspect his wife Dolly/Desdemona (Kareena Kapoor Khan) of infidelity and in a fit of rage kills her. Tyagi, the perpetrator behind all this too is killed by his own wife while Omi commits suicide in remorse. Only Keshu/ Cassius (Vivek Oberoi) is left alive in the end, looking at it all with muted grief. Ajay brought forth both the ruthlessness and the vulnerability of Othello through his power-packed performance and made the viewers root for his character. Karena brought forth the naivete, the purity of Desdemona through her portrayal. Doing Shakespeare must have been a different experience for her but she stuck to her task and made the viewers root for her character. 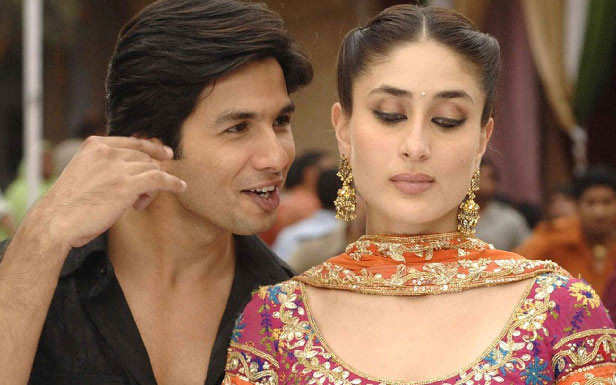 Geet (Kareena Kapoor), an extrovert who is self-confessedly her own favourite, meets Aditya (Shahid Kapoor) in a Punjab bound train and their lives change. Aditya is having suicidal thoughts as the news of his mother who has left his father for someone else has hit him hard. The talkative Geet spills out her life story to her co-passenger and she’s surprised he’s not listening. She misses her train because of him and insists he drops her off to her home in Bhatinda. Then, she seeks his help in running away from her house as well. Her dream is to marry her boyfriend. They become close during the journey and part ways as friends. Aditya changes completely as a result of their association and becomes a better person in the process. When he seeks her out, he finds out that her boyfriend had abandoned Geet and she’s been living alone. He makes her reconcile with her family and in the end, the duo decides to marry. 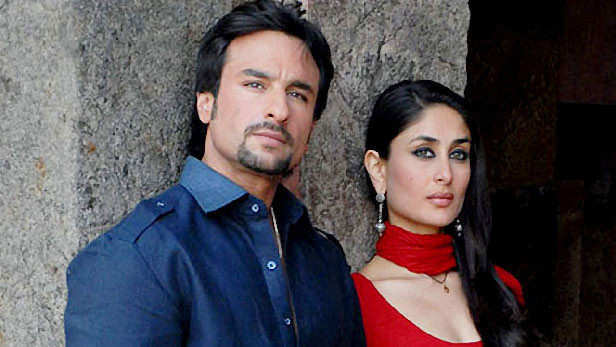 The film revolved around a global terror ring and how Kareena Kapoor’s character finds herself caught in it. Avantika Ahuja (Kareena Kapoor), an academic living in America, returns to Delhi because of her father’s illness. She meets Ehsaan Khan (Saif Ali Khan), a University professor and the duo soon fall in love. They get married and Ehsaan happily emigrates for her sake and soon lands a job at the same university where she’s teaching. The pair are shown living happily in a suburb majorly populated by South Asian families. But all is not what it seems. She soon finds out that her husband is part of a sleeper cell functioning in America whose job is to create havoc. She helps a friend Riyaz (Vivek Oberoi) to uncover the truth behind her husband and his friends. The film ends with a tragedy, where to save her Ehsaan disarms the bomb she was carrying but gets fatally wounded in the process. Kareena was praised for the graph of her character which ranged from a young, devoted lover to that of a disbelieving wife whose grip on reality is close to being shattered. 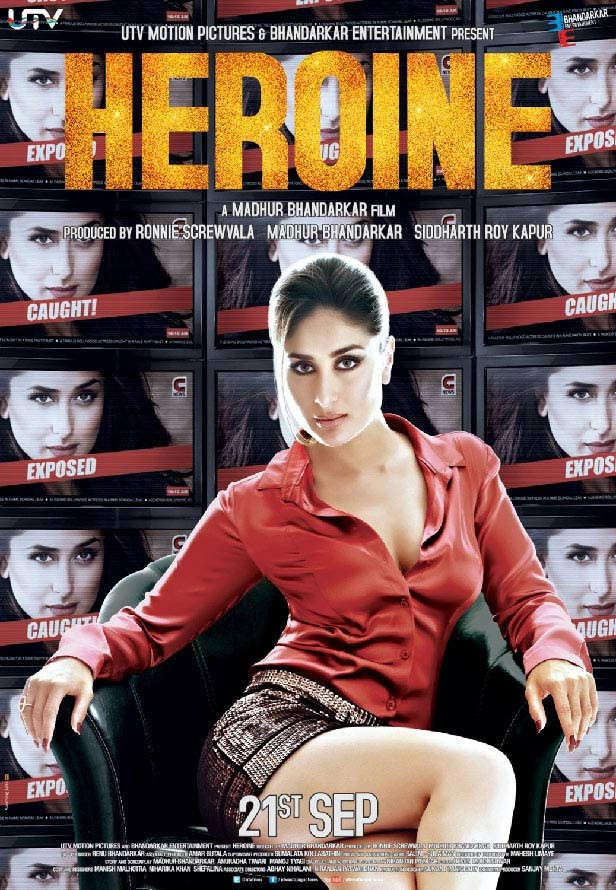 Heroine was Madhur Bhandarkar expose on the Hindi film industry. Mahi Arora (Kareena Kapoor), is a talented Bollywood actress who suffers from bipolar disorder. She can’t sustain a relationship and is constantly being hounded by her past. The men in her life either prove to be fickle or she finds them incompatible. She makes questionable career choices and pays for them. In a bid to reignite her career, she chooses sensationalism to boost her interest among the media but ultimately finds herself cut off from everyone. Heartbroken, she decides to quit the industry and leave for foreign shores. Though the film was panned for its haphazard screenplay, Kareena herself came in a lot of praise for her deft portrayal of a flawed character. 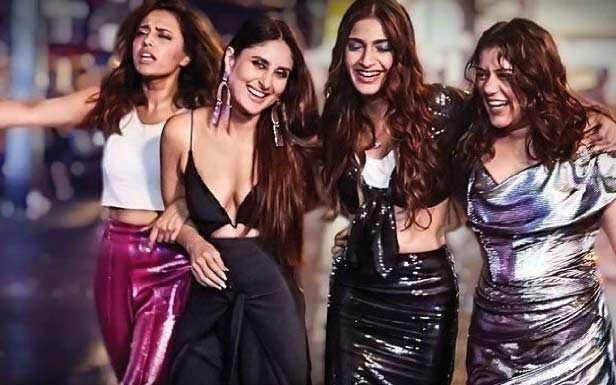 Veere Di Wedding is a rollicking romp designed to push across the idea that girls have more fun than the boys. At the same time, what’s good is that it doesn’t take itself too seriously and winks and nods at you to do the same. Kareena plays Kalindi Puri, a somewhat commitment phobic girl who is having a hell of a good time with Rishabh Malhotra (Sumeet Vyas) in Australia and who kind of spoils her fun when he proposes. For the first time in her life, she bites the bait and the whole wedding shebang turns into something she has no control over whatsoever. Sonam plays Avni, a divorce lawyer who wants to get married to satisfy her nagging mom but who is actually the player of the group, somewhat mildly addicted to sex and loving it. Sakshi is a young mother married to a foreigner (Edward Sonnenblick) and has been boycotted by her family because of that. And Swara plays a super-rich girl on the verge of divorce. They have been friends since childhood and belong to Delhi’s upper-crust but apart from Sonam, who is Delhi based, are settled abroad and come to India solely for Kareena’s wedding. How they face their own demons and help Kareena have the wedding of her dreams forms the crux of the film. Kareena was brilliant in the film as a woman who is honest about her commitment issues and tries to get around them as she has genuine feelings for the man she loves.

Good Newwz is a comedy revolving around pregnancy. Varun Batra (Akshay Kumar) and Deepti Batra (Kareena Kapoor Khan) are an urban upper-middle-class couple from Mumbai trying hard to become pregnant. Honey Batra (Diljit Dosanjh) and Monika Batra (Kiara Advani) are another rich couple from Chandigarh who are also trying to have a baby. They both end up at a high-end IVF clinic run by Dr Joshi (Adil Hussain) and his wife (Tisca Chopra). Due to a similarity in their names, there is a mix up in the clinic and Deepti gets incubated with Honey’s sperm and vice versa. The Mumbai Batras can’t come to terms with the loud ways of the Chandigarh Batras. Thinking that the yuppie Batras might abort their baby, the rustic couple flies down to Mumbai and buys a house in the same building as Varun and Deepti. Whether the couples end up as friends and would get to reconcile their differences forms the crux of this comedy. Kareena made the most of her character and was hilarious as a career-woman who wants to become a mother at all costs and can go to any lengths to achieve that goal.

Jaren Lewison Talks About Never Have I Ever...

Exclusive: Bhumi Pednekar on Durgamati and her...

“There Is No Communication, No Emails, Nobody...