Our filmmakers have taken to espousing causes in the last few years quite earnestly. And the good thing is that big banners, as well as big stars are now involved in such projects. This helps such films reach a wider audience. We present a list of some of the best cause-based films of this decade for your viewing pleasure this quarantine. Enjoy!

It’s a satirical comedy that sheds a light on the issue of farmer suicides and the media and political response to it. Brothers Natha (Omkar Das Manikpuri) and Budhiya (Raghubir Yadav) are slackers and drunkards who have a large loan on their heads. They are without means to pay the loan and spend all their free time getting drunk. They come to know that the government pays huge compensation to the family if a farmer commits suicide. As they are discussing this, a local reporter overhears them and reports it. It soon becomes national news and two rival news channels descend on their village to cover the suicide. It becomes a media circus of sorts. The political parties too get involved. Everyone tries to take advantage of the situation and Natha, who has become an unwilling celebrity, starts to fear for his life. The government does find a dead body in the end but no compensation gets given as a case of accidental death is made out. Worse, the bank takes away their land as well. One felt as if one was watching real events unfold and not fiction. Farmer suicides are a grim reality and the film showcased the system’s apathy to such happenings. 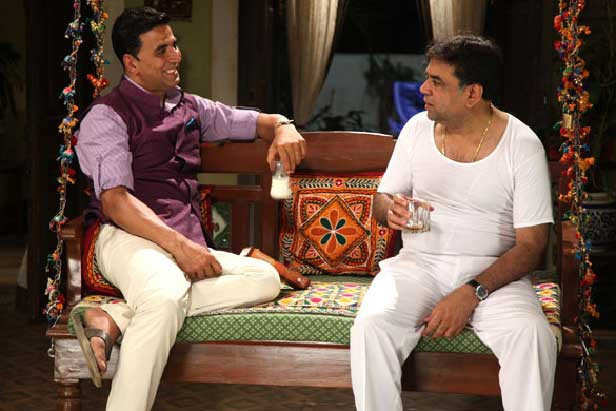 The film struck a blow against superstition and our blind faith in God. It’s an official remake of the 2001 Australian film The Man Who Sued God. And the storyline is also based on a Gujarati stage-play called Kanji Virudh Kanji. Kanji Lalji Mehta (Paresh Rawal), is a middle-class Hindu who doesn’t believe in God despite owning a shop selling Hindu idols. One day, an earthquake hits the city, and Kanji’s shop is the only shop that is destroyed. At the insurance office, Kanji learns that the disaster claim does not cover any damage caused by natural calamities classified under “Act of God”. Therefore, he decides to sue God and Hanif Qureshi (Om Puri), a Muslim lawyer, helps him file the case after Kanji decides to fight on his own. Initially, things go bad for him. Kanji finds himself facing armed goons sent by fundamentalists. The bank starts mortgage proceedings against him and fed up by constant harassment his wife and kids leave him. But later, he’s joined by thousands suffering similar calamities. Various religious heads get dragged into the lawsuit. He proves triumphant in the end, only to witness that the masses have begun to see him as an avatar of God and have constructed a temple in his name, showing that people are like sheep who just want to be blindly led. 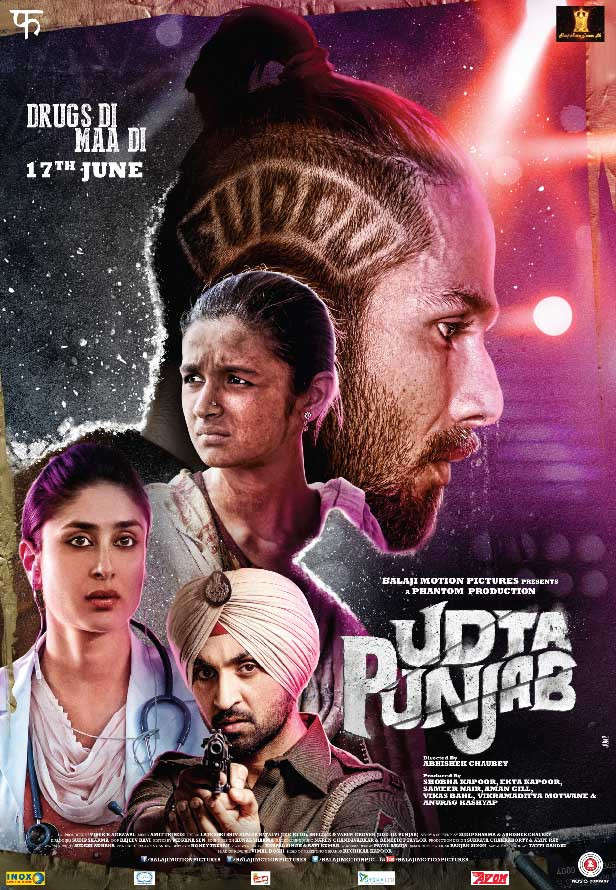 Punjab has become a den of drug addiction and the film is an eye-opener about the fact. It points out how this culture flourishes with the help of a nexus between politicians and mafia and how even the police are involved in it. It also lays bare the fact that popular singers are propagating drug culture through their songs and their lifestyle. It’s not an easy film to watch as people are killed and abused because of their connection with drugs. Tommy (Shahid Kapoor) is a rockstar who lives on cocaine but changes his ways when he learns the harm his lifestyle has been causing. He rescues a Bihari migrant Bauria (Alia Bhatt) from the clutches of drug smugglers. Bauria has been sexually abused by them repeatedly but hasn’t lost the will to survive. Diljit Dosanjh plays Sartaj, a policeman whose younger brother is a drug addict. He collects evidence against a big shot politician engaged in the trade with the help of a doctor, Preet, played by Kareena Kapoor. Preet gets killed by Sartaj’s brother while he was escaping a rehabilitation centre. An enraged Sartaj takes the law in his own hands and kills the local drug dealers. 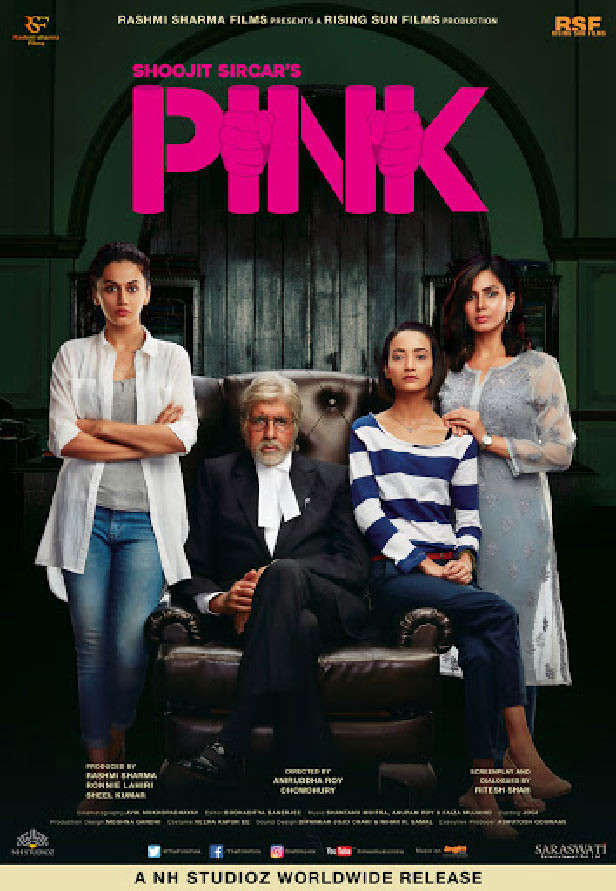 Consent is the most important thing when it comes to consensual sex between two people. A woman saying no at any stage should mean no. And we shouldn’t be quick to judge people on the basis of their clothes or behaviour. These are the two basic causes espoused by the film. Three young women — Minal (Taapsee Pannu), Falak (Kirti Kulhari) and Andrea are harassed by three young men Raunak (Raashul Tanden), Vishwajyoti (Tushar Pandey) and Rajveer Singh (Angad Bedi). As a woman has hurt them, their well-connected friend, Ankit (Vijay Varma), vows revenge. Andrea gets stalked, Falak loses her job and Minal is kidnapped and molested in a car. The lawyer hired by the three boys points out that the girls were prostitutes — they were friendly towards strangers, they drank with men, attended a rock concert and were wearing revealing clothes. The lawyer for the girls, played by Amitabh Bachchan, reasons that while women are stereotyped as prostitutes if they come home late, move out of their home, want to be independent, drink and so on, none of these conditions applies to men when they indulge in the same thing. He states no means no and doesn’t require further explanation. This statement created a lot of buzz and hopefully opened a few eyes as well. 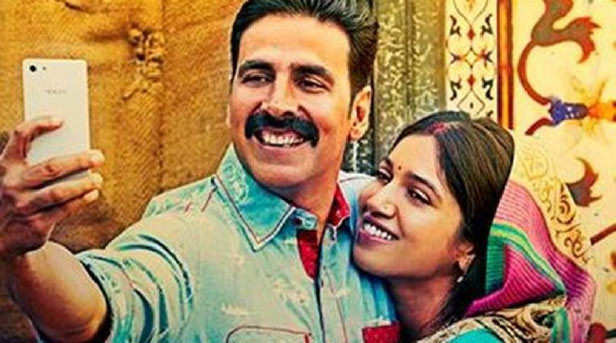 It’s shameful that open defecation is still widely practised in our country. This comedy raises concern about it and points out that having a toilet in every home is a necessary right for every citizen. Keshav (Akshay Kumar) woos and marries a college-educated girl, Jaya (Bhumi Pednekar), who gets the shock of her life when she finds out that their village home doesn’t have a toilet. She refuses to openly defecate in bushes like the rest of the women of the village and when Keshav can’t construct a toilet in his house she leaves him and even files for divorce. This leads to him revolting against his father and constructing a makeshift toilet in their compound. But it’s not his house he’s interested in reforming. He wants to revolutionise his village and files a petition for the construction of toilets at every home through government assistance. Just before the divorce is to be granted, the government machinery kicks in and promises the court it’ll start constructing toilets in Keshav’s village from the next day itself. 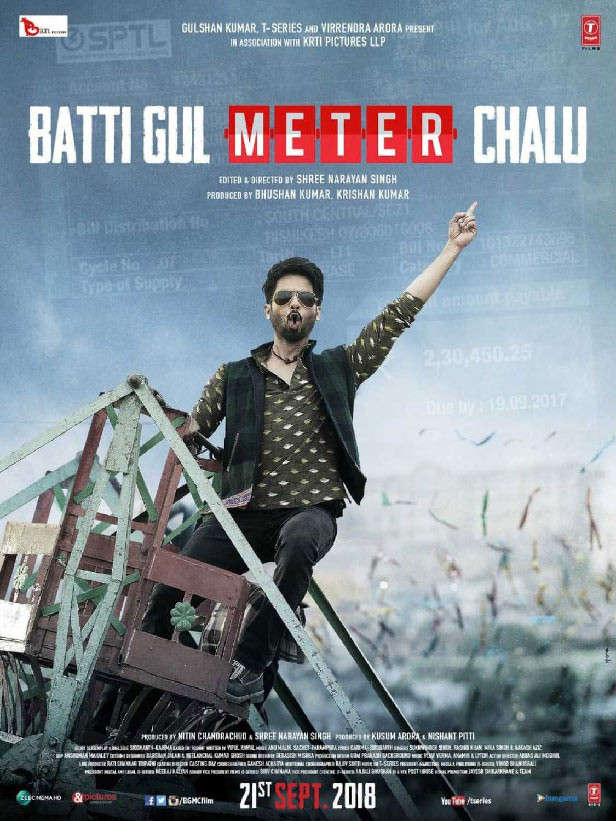 Electricity is the key to India’s development. If monsoon drives our agriculture then its electricity which drives the industry. But apart from that, electricity also drives education, as students in remote areas can study under better lighting, it leads to security as crimes get lessened in better lit areas. In metros, we take 24/7 electricity for granted but a better part of India still doesn’t have access to that. Worse, the power companies are sometimes guilty of overcharging, with little or no apparatus in place to redress the wrongs. Yes, there are consumer courts and other suchlike facilities but the reality is that the common man has to run from pillar to post to get the deed done. Most times, one is advised to pay the bill first, and any excess, if found, would be adjusted to future billing. Taken individually, it’s hardly a problem as all that is required is to change the faulty meter. But such faults happen on a mass scale, leading to lots of heartburn, and needless to say, monetary loss to the consumer. Bloated electricity bills and the need for electricity to reach the remotest hut are the issues discussed in the social comedy. Shahid Kapoor plays a happy-go-lucky lawyer who fights the system after his friend commits suicide as he’s unable to pay inflated electricity bills. 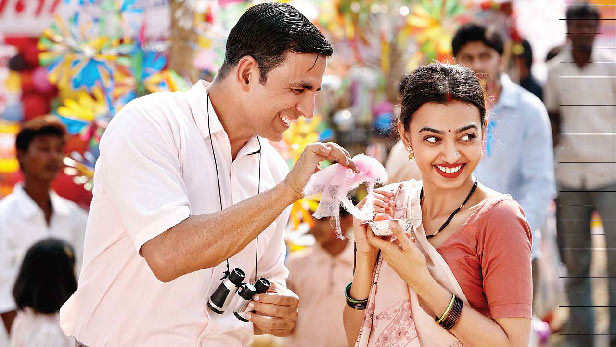 In India, men still behave as if periods don’t exist and a large number of women still don’t have access to sanitary pads. Arunachalam Murganatham understood that only a meagre percentage of women in India use sanitary pads and went on to create a low-cost process for making sanitary napkins. Today, women cooperatives across India use his technology to make low-cost sanitary products. In 2014, Time magazine included him as one of the 100 most influential people across the world. In 2016, The Indian government awarded him with a Padma Shri. Thanks to his efforts, the taboos associated with menstruation and menstrual hygiene are slowly getting broken at the grassroots level. Akshay Kumar, who played the lead role, embodied the spirit of Arunachalam Murganatham. The most poignant parts of the film are where he attempts to wear a homemade sanitary napkin in order to feel the discomfort felt by millions of women in India. It was a straight-from-the-heart performance by the macho actor. 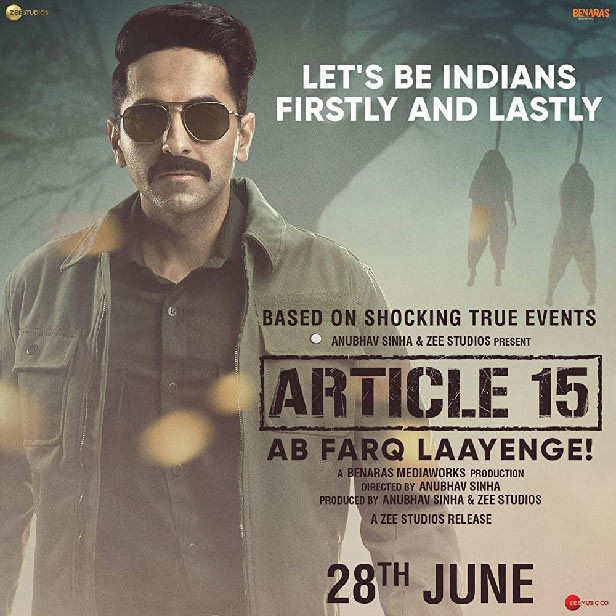 Article 15 points out how the rampant caste system is a cancer eating our society from the inside and about which we’re all living in denial. Without mincing words, it states that we may all be equal in the eyes of the constitution but that ideal exists only on paper. Even those who take an oath to preserve that ideal turn a blind eye to the casteism taking around them and in effect encourage it. Ayushmann Khurrana plays an IPS officer Ayan Ranjan who is posted in a rural backwater. He has travelled the world and has studied abroad and has idealistically joined the IPS as he thinks he might bring about a change. The film doesn’t shy away from saying what’s wrong. It doesn’t just address casteism but also points out how Hindutva is nothing but a tool for the politicians. If it evokes Ambedkar, it’s more as a thinker, as a rebel than as the father of Indian Constitution. And it points out that organised struggle, rather than senseless violence, is the key to bring about long-term change. Watch the film for its riveting performances and its underlying message that even after 70 years as a free country, we’re still shackled in the chains of caste