Our movies always have shown people taking law in their own hands to procure a rough justice of sorts. It’s kind of a norm when it comes to cop films that honest, upright cops will take off the uniform and turn into vigilantes as they can’t fight the system from within anymore. The genre was much in use during the ’70s and ’80s. And has kind of made a resurgence in the last decade or so. We bring you a list of movies with vigilante heroes in focus. This will surely add variety to your movie watching choices this quarantine. Happy viewings!

Naseeruddin Shah plays a common man who turns into a vigilante in this taut thriller by Neeraj Pandey. Unnamed man powers of the police commissioner Prakash Rathod (Anupam Kher) that he has placed five bombs in different locations throughout Mumbai. He demands the release of four terrorists within four hours otherwise the bombs will blast simultaneously. He also calls in the media and creates a huge media frenzy around the event. Police officers Arif (Jimmy Shergill) and Jay (Amir Bashir) are in charge of the case. The police commissioner tries to track the man who made the call with the help of a hacker but is unable to do so. However, the man wasn’t a terrorist but a vigilante who wanted the terrorists to be killed. He disappears after finishing his mission. The entire ensemble cast was appreciated for their efforts. It inspired Unnaipol Oruvan and Eenadu (both 2009), made in Tamil and Telugu respectively. 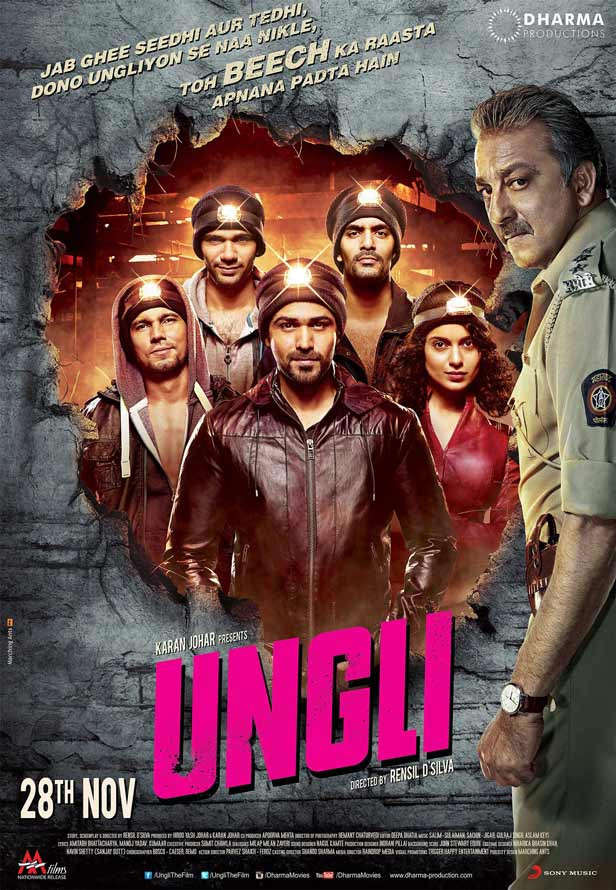 Four friends Kalim (Angad Bedi) Gautam (Neil Bhoopalam), Maya (Kangana Ranaut) and Abhay (Randeep Hooda) form a vigilante team called Ungli gang to try to bring society’s problems to people’s notice in a funny and mysterious way. They want to bring about a change and also have fun doing so. ACP Ashok Kaale (Sanjay Dutt), utilizes the help of maverick colleague Nikhil Abhyankar (Emraan Hashmi) to bring down this vigilante gang. Nikhil gets into the good books of the four and soon becomes a trusted member of the Ungli gang. His first priority is to get them arrested but when he comes to know their reason for forming this gang he’s moved by their plight and starts admiring their work. He goes against his superiors and helps them escape the police. Later, Kaale, with Nikhil’s and the Ungli gang’s help, manages to capture the corrupt police officers and politicians and brings a sort of peace to the city. 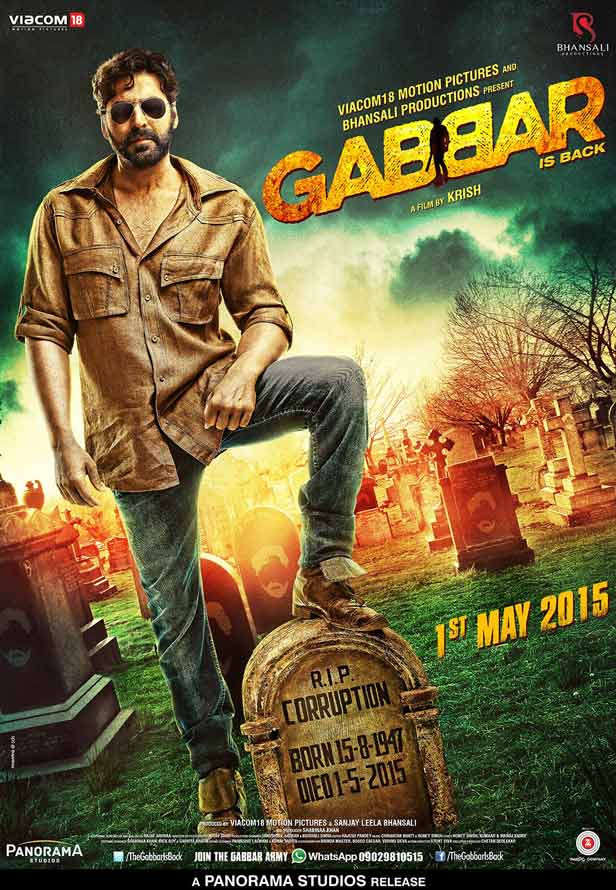 The film is based on the 2003 Tamil hit Ramanaa directed by AR Murugadoss. Top government officials are kidnapped but all of them are mysteriously released afterwards — except the most corrupt amongst them, who is killed. Soon this sort of vigilantism becomes a pattern. These kidnappings are revealed to be masterminded by a former college professor Aditya Singh Rajput (Akshay Kumar). He has been a favourite of his students and uses the connections of his former students to find out who is the most corrupt government official in different government departments and then sets about giving them a taste of vigilante justice. In a backstory, we learn that Aditya’s pregnant wife Sunaina (Kareena Kapoor Khan) died when the buildings in their colony collapsed due to bad construction. Aditya had collected evidence of the faulty construction but the builder-politician nexus stonewalled his findings. That’s when he decided to dedicate his life to bring rough justice to society and get rid of its bad elements. The film was produced by Sanjay Leela Bhansali, who wanted to branch out in a different direction away from his grand musicals. 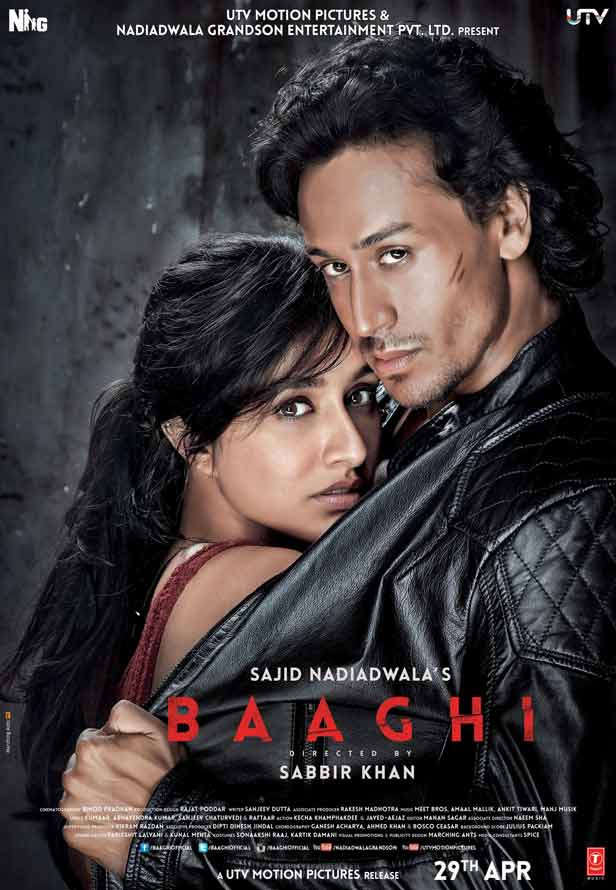 The film is based on the Telugu film Varsham (2004). Tiger Shroff plays Ronnie who knows a bit of martial arts and is sent by his father to Guruswamy (Shaurya Bhardwaj) to mend his rebellious ways and to hone his fighting skills. Ronnie is unimpressed as first by Guruwamy but later takes interest and becomes more disciplined. Guruswamy’s son Raghav (Sudheer Babu) is also a talented fighter but wants to misuse his power. He kills his father and goes to Bangkok and sets up a syndicate promoting illegal fights and becomes a big shot criminal there. He’s after Sia (Shraddha Kapoor) who is Ronnie’s ex-girlfriend. When Ronnie hears of her abduction he goes and rescues Sia and then in a very Raid: Redemption kind of fight sequence destroys Raghav’s entire army of thugs before defeating Raghav himself. In the end, we see him teaching children Karate at Guruswami’s centre. Two more films, Baaghi 2 (2018) and Baaghi 3 (2020) were made in the same mould after this. Tiger Shroff plays a rebel vigilante in both sequels. All films were blockbusters. 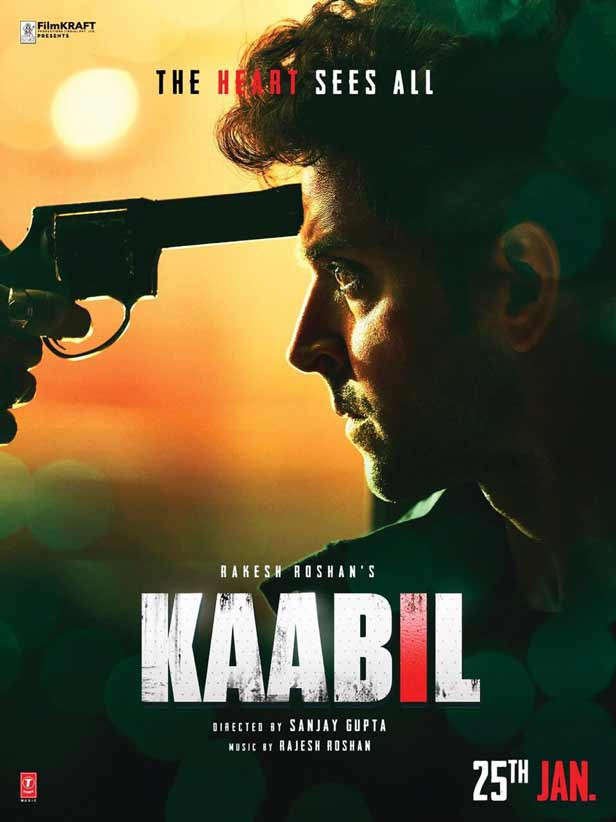 Hrithik Roshan plays a blind voice-over artist who isn’t able to get justice after his wife is raped and killed. He trains himself and becomes a dreaded killer. The police can never fathom that a blind man is behind the killings and hence he is able to perform his vigilante work without any hindrance. He uses his voice modulating skills to lure his victims at secluded spots and kills them one by one. He concocts a story of them turning against each other for the benefit of the cops and gets away scot-free. His blindness becomes his shield and the police are powerless to do anything despite having doubts. Kaabil was compared to the 1989 ring Rutger Hauer film Blind Fury and Hrithik’s character, in particular, was praised for his performance. 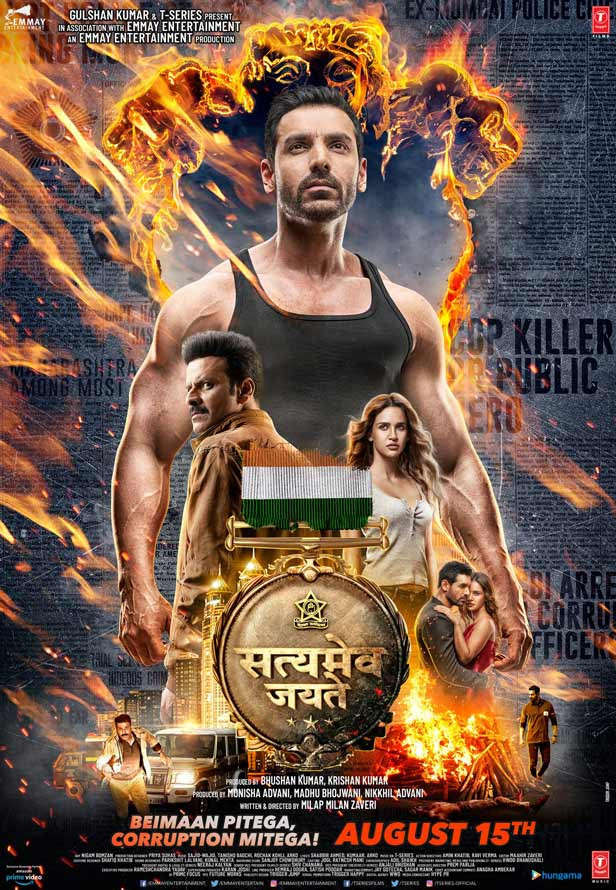 Shivansh (Manoj Bajpayee) and Virendra (John Abraham) are both sons of an honest cop. While Shivansh has followed his father’s footsteps, Vir hasn’t and lives a life on his own terms. Unknown to Shivansh, Vir is actually a vigilante who is killing corrupt cops one by one by setting fire to them. Shivansh is made in charge of the task force set to capture the killer. But Vir is always a step ahead of his brother. In a back story, it is revealed that their father was framed for corruption and ashamed of it he committed suicide. Vir wants to weed out corruption from the police department and hence has been targeting police officers who are openly known to be corrupt. He finally catches up with police commissioner Shukla (Manish Choudhary) and makes him confess about his hand in their father’s downfall. The film ends with a dying Vir managing to complete his target by setting Shukla on fire. 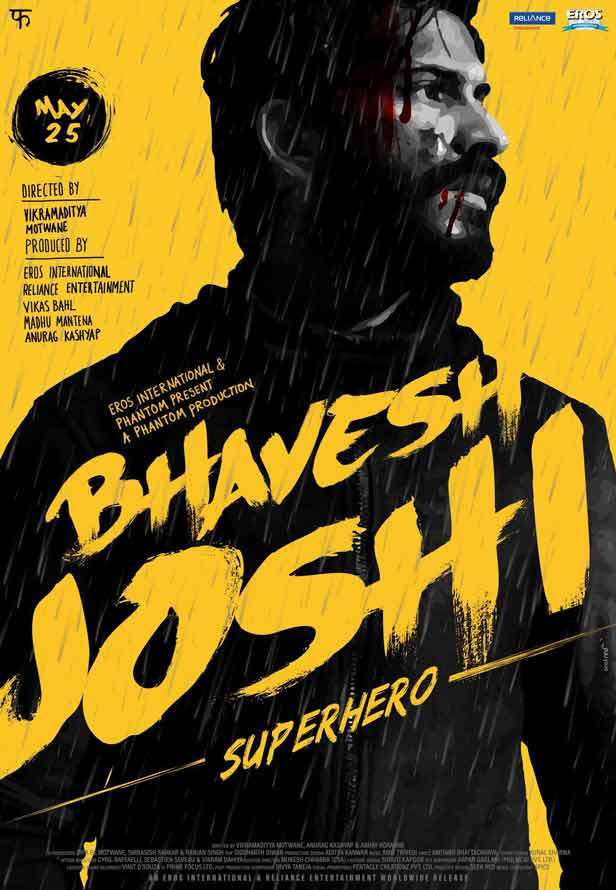 The film is a comic book style vigilante film about a group of three friends Bhavesh (Priyanshu Painyuli), Siku (Harshvardhan Kapoor) and Rajat (Ashish Verma), who set up a website exposing the corruption within the society. Soon, however, Siku and Ashish begin to see their activities as being childish. Their interest in the channel fades. Only Bhavesh is still obsessed with getting justice for the oppressed. He discovers there is a huge tanker mafia operating in the city and wants to expose them. He is killed for his activities and Siku plans to avenge him by carrying forward his work. He takes on the mantle of Bhavesh Joshi and starts targeting the people on Bhavesh’s list. He uncovers the deep-rooted conspiracy which his late friend was hinting at. He is able to bring it to the public eye and the humongous support for Bhavesh Joshi forces the government to start an enquiry.