Filmfare recommends: Best Bollywood franchises to watch during the lockdown


Bollywood came to the franchise party late but got into the groove soon enough. Comedies are the mainstay when it comes to making sequels in Bollywood. Thrillers too are running neck-in-neck and wonder of wonders, we have a legitimate superhero franchise as well. Franchises are fun to watch because we already know part of the story. The actors, who are often repeated, too understand the quirks of their characters and hence find it easy to blend in. The norm is to make the next instalment bigger than the earlier one. If it turns out to be better, then that’s a bonus. Here is a list of some of our favourite franchises to help you pass the time during this lockdown. Enjoy!

Produced by YRF and directed by Sanjay Gadhvi, the original Dhoom came out in 2004. Inspired by the Fast and Furious series, which started in 2001, the film teamed up Abhishek Bachchan as a dedicated police officer and Uday Chopra as a bumbling car thief and racing enthusiast who go after the suave John Abraham and his team of dare-devil bikers who use superbikes as getaway vehicles. The bike chases looked totally badass, the camaraderie between the Abhishek and Uday worked as well, pulsating music — its theme song became a rage — and a hunky villain who robs more for kicks than out of any genuine need — Dhoom hit upon the winning formula, what with the film turning out to be a bumper success at the box office. 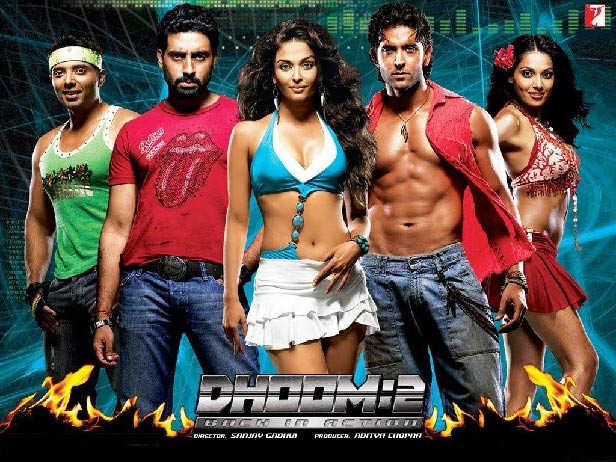 Sanjay Gadhvi was at the helm again for the sequel which came out two years later. Abhishek Bachchan was still the gritty cop but Uday was somehow pushed into the police force as a police inspector. This time, the influence seems to be the Mission Impossible franchise in the sense that the film had a super-intelligent thief, Mr A, played by Hrithik Roshan who made extensive use of face masks, just in the MI films. Besides Hrithik, it had another acrobatic thief in the form of Aishwarya Rai. She’s actually a bait put forward by Abhishek to catch Mr A but ends up falling in love with him. The film was shot extensively abroad in Rio and Durban. Hrithik and Aishwarya’s chemistry crackled, and the well-crafted stunts gave it an edge-of-the-seat feel. It was one of the first films to make extensive use of CGI and green screen. 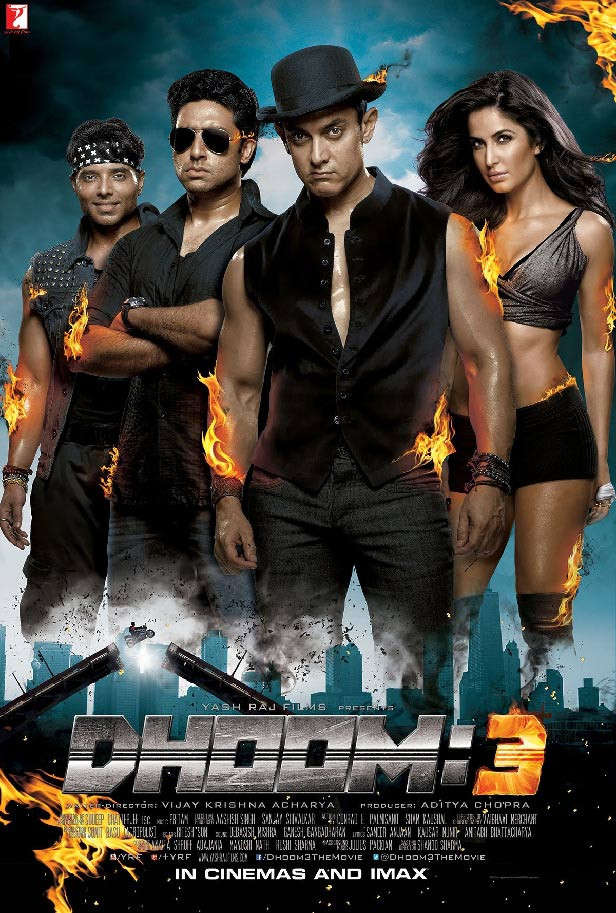 Vijay Krishna Acharya took over from Sanjay Gadhvi to direct this instalment. Aamir Khan was hired to play the antagonist and played a double role in the film. It was a take-off on the Hollywood film The Prestige which used the similar conceit of twins fooling the audience in a magic act because of their similarities. While Abhishek Bacchan and Sanjay Gadhvi reprised their roles, the film was centred more on Aamir Khan, who was shown executing improbable heists in full face of the police. Katrina Kaif’s character was introduced as a gymnast and played Aamir’s love interest. The film was shot extensively in the USA and the climax was shot at the famous Contra Dam in Switzerland. It was the first commercial Hindi film to be converted to the IMAX size and had the widest release till then, with 4500 screens. 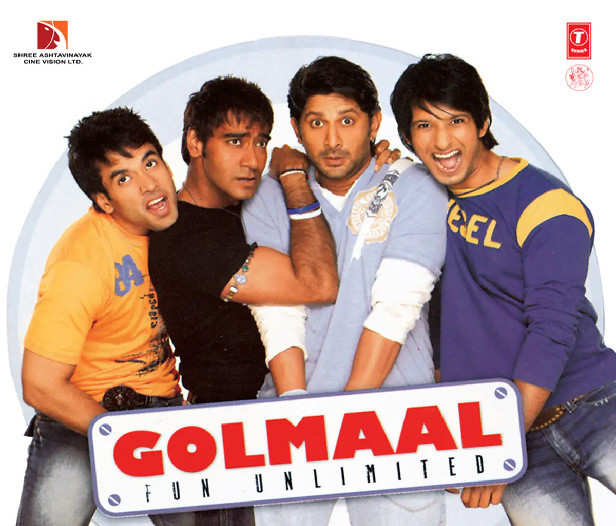 It was the first part of the crazy comedy series created by Rohit Shetty and introduced us to Gopal (Ajay Devgn), Lucky (Tusshar Kapoor), Madhav (Arshad Warsi) and Laxman (Sharman Joshi). It was based on the Gujarati play Aflatoon. The four mischievous friends enter the bungalow of a blind couple, Somnath (Paresh Rawal) and Mangala (Sushmita Mukherjee), situated in Goa. Gopal pretends to be their long-lost grandson Sameer and as the couple are blind, they can’t make out it’s actually four other people living there with them. They have their eye on a hidden safe, said to be containing jewels, They fall for the same girl, Rimi Sen, who in the end chooses Lucky, who is mute. Tushar’s antics as a mute person were much appreciated and he continued with the handicap even in the later films. 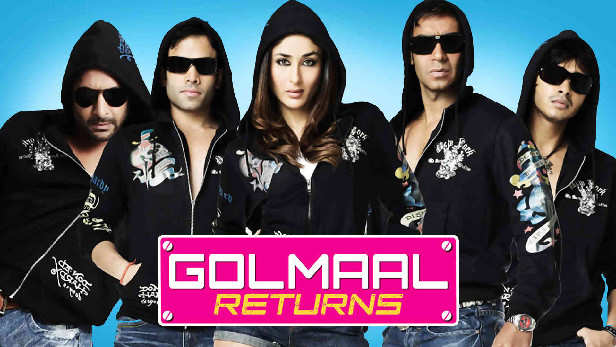 The second part of the series was based on the Aaj Ki Taaza Khabar (1973). Sharman Joshi left the franchise and was replaced by Shreyas Talpade. Kareena Kapoor played Ajay Devgn’s soap-opera addicted wife who is also supremely jealous. She thinks her husband is having an affair with Celina Jaitly’s character. To save his marriage, he asks a new employee, Talpade, to pretend to be a long lost friend of his called Anthony Gonsalves. One lie leads to another and soon Ajay finds himself to be chief suspect of a murder investigation. How the gang saves him forms the crux of the comedy. 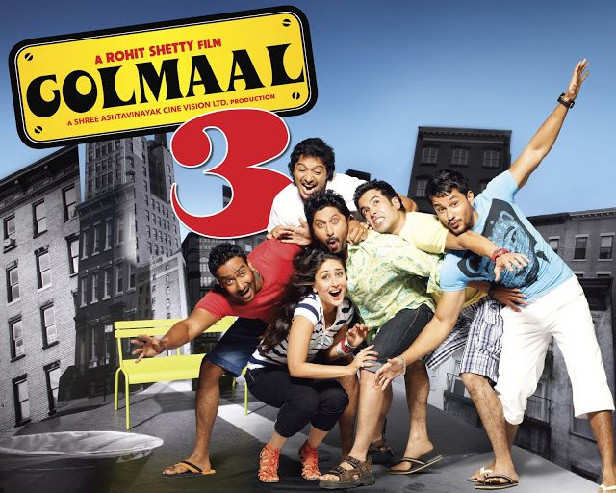 The film was an adaptation of Basu Chatterjee’s Khatta Meetha (1978), where an old couple, played by Ashok Kumar and Pearl Padamsee marry and their children from previous marriages are forced to adjust together. Kunal Khemu joined the franchise as the other Laxman. Here, Mithun Chakraborty and Ratna Pathak play long lost lovers, who come together by chance once again. Kareena Kapoor’s character helps them get married and mayhem ensues as their respective sons hate each other. There’s a subplot involving a diamond necklace as well, which adds to the confusion. 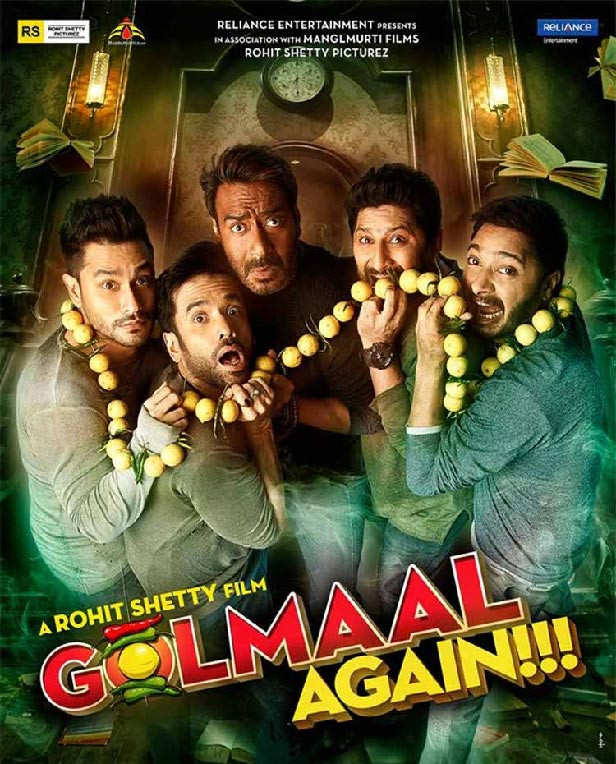 This time, Rohit Shetty opted for a horror-comedy. Gopal (Ajay Devgn), Madhav (Arshad Warsi), Lucky (Tushar Kapoor), Laxman 1 (Kunal Khemu) and Laxman 2 (Shreyas Talpade) are orphans who reunite 25 years later after demise of the patron who used to run the orphanage. The place appears to be haunted and they also uncover a plot where it’s supposed to be demolished to pave the way for a grand project. How they help a ghost get revenge forms the crux of the film. Parineeti Chopra and Tabu joined the boys in this new venture. 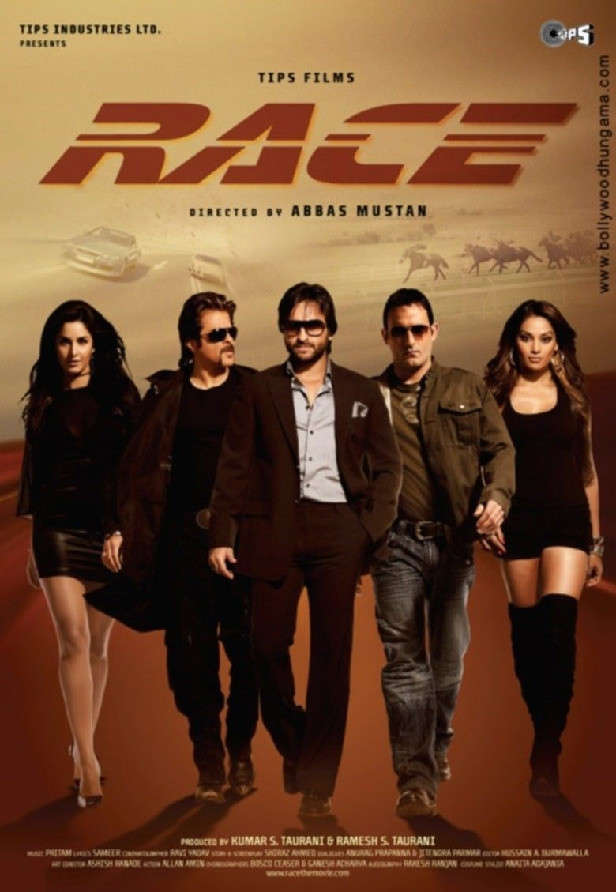 Directed by Abbas-Mustan, the first part of the Race series was a high octane thriller starring stars Anil Kapoor, Saif Ali Khan, Akshaye Khanna, Katrina Kaif and Bipasha Basu in lead roles. Saif and Akshay play stepbrothers. Akshaye hates Saif’s guts and tries time and again to outwit him, only to see his plans dashed like every time. Katrina and Bipasha both play femme fatales in the film. The plot had more twists and turns than a jalebi and that turned out to be the film’s USP. 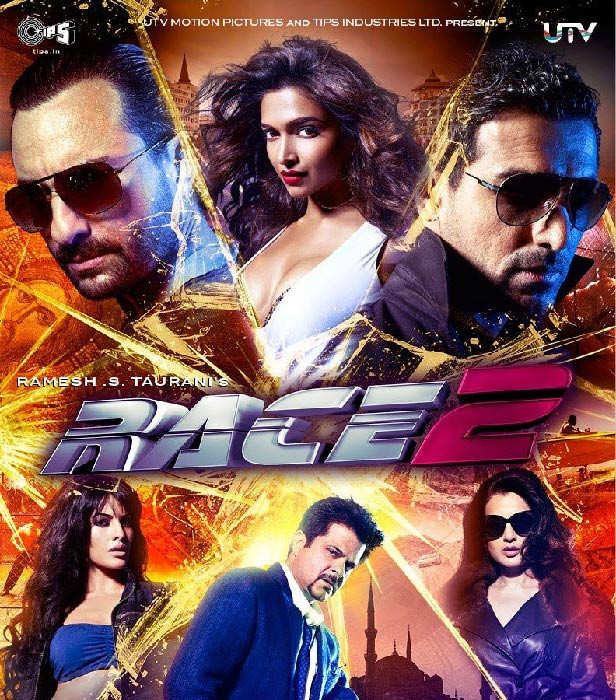 The story continued from the first film. While Saif reprised his character, John Abraham was introduced as the main villain. Deepika Padukone played his half-sister while Jacqueline Fernandez acted as John’s girlfriend. Bipasha Basu has been killed by John (something we learn later in the story) and Saif plans an act of elaborate revenge, planning to bankrupt him. He sets up a series of heists for John, winning his trust. In the last act, however, he fakes his own death to turn the tables. John has to part with everything he owns in order to save his life. 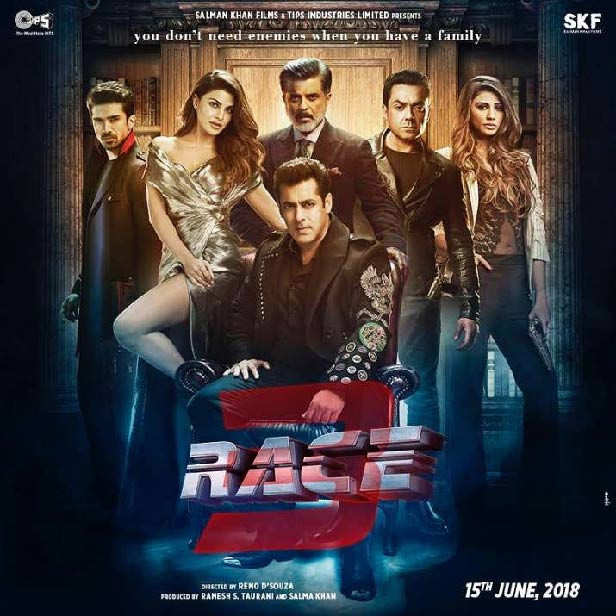 Race 3 was kind of a reboot helmed by Remo D’Souza. The film starred Salman Khan, Anil Kapoor, Jacqueline Fernandez, Bobby Deol, Daisy Shah, Saqib Saleem and Freddy Daruwala. While Anil Kapoor and Jaqueline Fernandez were retained, their characters had no connection to the previous films. Anil Kapoor played the head of a crime family. Salman Khan played his stepson, while Bobby Deol played Salman’s best friend. Saqib Saleem and Daisy Shah play siblings. Family feud is at the centre of the film’s plot till the first half but a surprise twist in the second half changes things around. The film was panned universally by the critics and yet managed to be a hit. 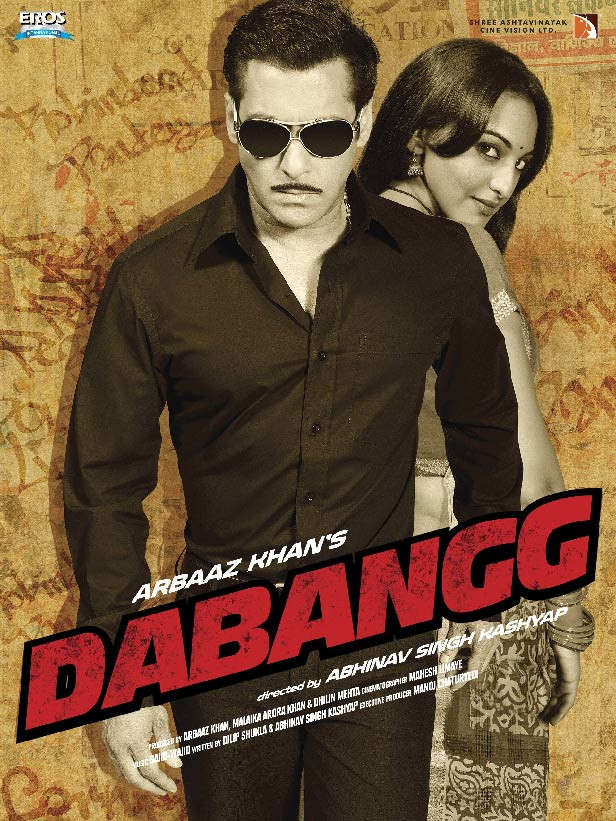 Directed by Abhinav Kashyap, the film introduced us to the coolest cop in the Hindi film world — Chulbul Pandey, played by Salman Khan. Chulbul dotes on his mother (Dimple Kapadia), respects his stepfather (Vinod Khanna) and is affectionate towards his step-brother Makkhi (Arbaaz Khan). We see his courting Rajjo (Sonakshi Sinha) — who made her debut with the film. His happy-go-lucky life goes for a toss when his mother is murdered by Chedi Singh (Sonu Sood). Chedi tries to harm his entire family but Chulbul overcomes all hurdles. When he comes to know of Chedi’s involvement behind his mother’s murder, Chulbul chokes him to death. 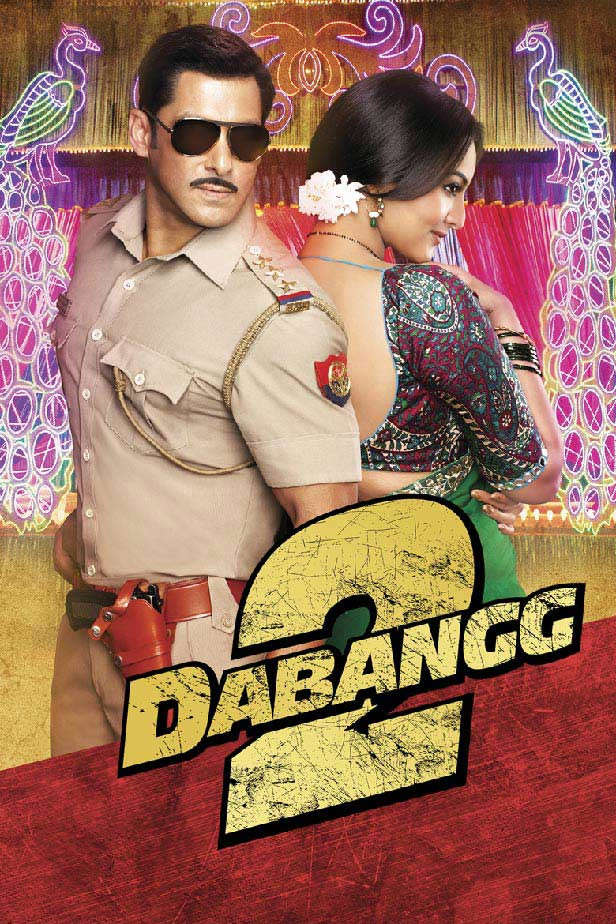 Anubhav Kashyap refused to direct the sequel and hence Arbaaz Khan made his directorial debut with the film. Prakash Raj replaced Sonu Sood as the main villain. The film continued the adventures of Chulbul “Robinhood” Pandey. Deepak Dobriyal, who plays Prakash Raj’s brother, is killed by Chulbul after an altercation. In retaliation, he sets about getting Chulbul’s wife and brother killed. Though the attempt fails, Rajjo suffers a miscarriage. An enraged Chulbul goes on a rampage, killing all of Prakash Raj’s men and ultimately the villain himself in a long, gory climax. The film proved to be even a better money-earner than the original, surpassing all expectations. 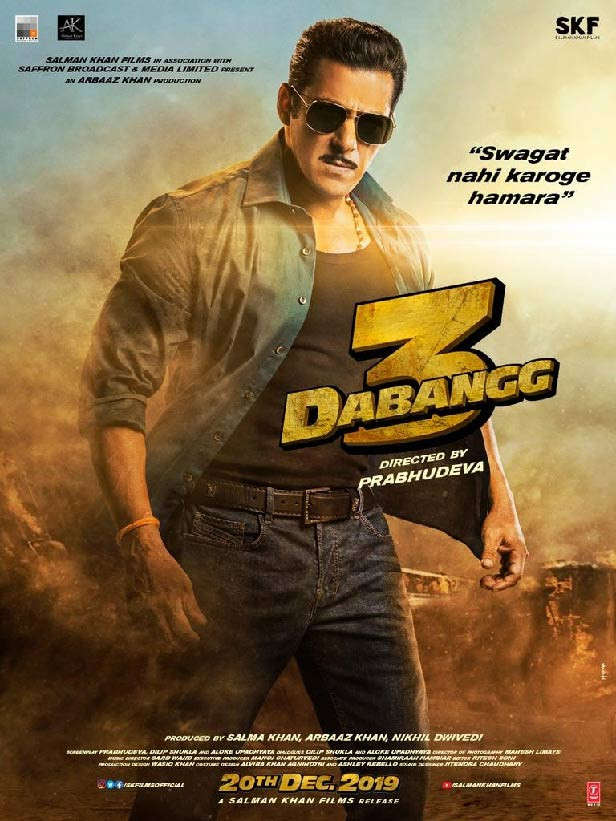 Directed by Prabhu Deva, the film is an origin story of sorts for Chulbul Pandey. While Salman Khan, Sonakshi Sinha, and Arbaaz Khan reprised their roles from the previous film, South superstar Sudeep was cast as the main villain. Filmmaker Mahesh Manjrekar’s daughter Saiee Manjrekar made her Hindi film debut with the film. Bali Singh (Sudeep) is a villain from Chulbul’s youth and responsible for the murder of his first love Khushi (Saiee). When he comes to know that Bali is still alive, he hatches an elaborate plan to not only finish him off but also take down his evil empire. Despite the hi-jinks action, the film wasn’t as well-received as the first two films in the franchise.

How to Watch HBO in Australia

How Taylor Swift Found Her Voice for...