Arthouse cinema started off as a wave in the ’80s and has refused to die down. Thanks to a more receptive audience, terms such as parallel cinema or art cinema are slowly getting redundant. The boundaries are getting blurred and that day isn’t far away when we won’t have to use different definitions. The current era has seen the influx of commercial film stars into the art scene. Production houses traditionally associated with big-budget films have also started diversifying into films centred around stories and not stars. It’s a good time for both viewers and filmmakers alike. Presenting a list of arthouse films from the recent era to up your movie-watching game this quarantine.

Rani (Tannishtha Chatterjee), is a doting mother who wants her wayward son Gulab (Riddhi Sen) to grow up and tend to his responsibilities. Lajjo (Radhika Apte) is Rani’s friend and is a housewife who’s much abused by her husband for being infertile. Bijli (Surveen Chawla), who despite being a prostitute is still accepted as their friend and her exploits kind of brings a vicarious pleasure to the other women. The women have had enough of the patriarchal rules put up by the male-dominated society and decide to rebel. Lajjo sleeps with another man in order to get pregnant, Rani sells off her house to pay off her debts, then releases her daughter-in-law out of the forced marriage and asks her to be with her childhood sweetheart. They understand they’ll never be able to live according to their own norms in their village and decide to run away together in search of better prospects. The film was praised for its bold content. And for striking a blow against patriarchy. The performances of the three leads carried the film and came in for a lot of plaudits. 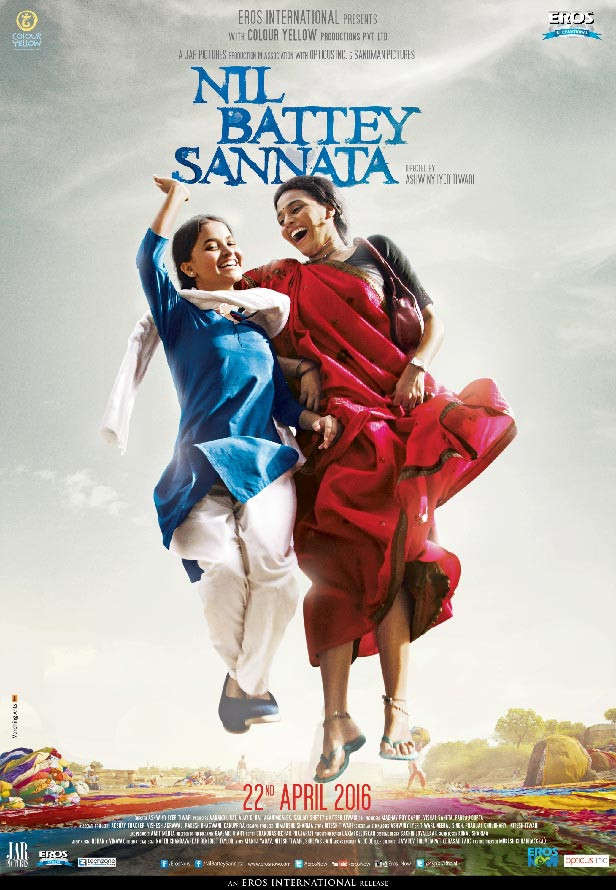 Ashwiny Iyer Tiwari’s directorial debut is a heartwarming tale of a maid who enrols herself in her 15-year-old daughter’s school to make sure she studies diligently for her 10th and doesn’t flunk Maths. Chanda (Swara Bhaskar) wants her daughter Apeksha (Riya Shukla), to study hard as she feels education leads to prosperity but the teenager is fatalistic about her prospects and feels she too will end up being a servant so why should she spend the precious time of her childhood in studying. Chanda too becomes a student in the same school with the help of her employer (Ratna Pathak Shah). She becomes better at Math than her daughter, leading to more resentment. One fine day, however, she realises the extent of her mother’s sacrifices and starts studying diligently, passing with flying colours. In the end, we see her being interviewed for the IAS cadre. The film was praised for its social message, as also for the powerhouse performances by the two leads. Ashwiny Iyer Tiwari went on to remake her own debut film in Tamil. Titled Amma Kanakku, it starred Amala Paul, Yuvasri, Revathi, and Samuthirakani 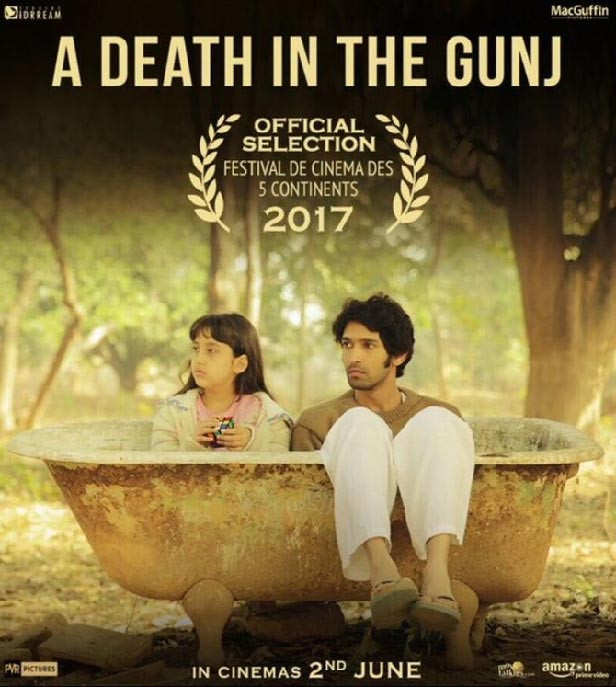 Based on a story by Mukul Sharma, Death In The Gunj is a finely crafted film by debutante director Konkona Sen Sharma. Set in the late’70s and involving a dysfunctional Anglo-Indian family with Bengali roots, the film is part thriller and part coming-of-age drama. The film’s title warns us towards a tragedy and so we’re aware of the death part of it. It’s not denouement but the built up to the end that commands our attention. The film is told in a week-long flashback and concerns a family holiday at a small Hill Station in Bihar. The Bakshis (Om Puri and Tanuja), their son Nandu (Gulshan Devaiah), his wife Bonnie (Tillotama Shome) granddaughter Tani (Arya Sharma), are spending time together in a small hill station 8-9 hours away from Kolkata. Another relative Shutu (Vikrant Massey), and a family friend Mimi (Kalki Koechlin) who is a bit of a nymphomaniac, another set of boisterous family friends, Vikram (Ranvir Shorey) and Jim Sarbh (Brian) too joins them. Tani’s disappearance one days sets off a chain of events that end in a tragedy. 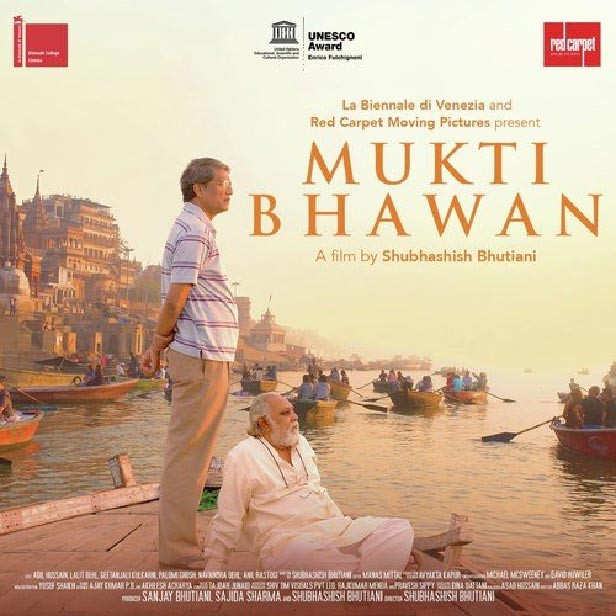 After he experiences a nightmare, Dayanand Kumar (Lalit Behl), who is 77 years of age, feels he’s going to die soon. His accountant son Rajiv (Adil Hussain) reluctantly decides to accompany him to Varanasi and comes to stay at a Mukti Bhawan, where old people come to die near the holy waters of Ganges. However, thanks to a pollution-free atmosphere and an air of tranquillity in the holy city, the father starts feeling better. He also finds a companion in the form of 75-year-old Vimla (Navnindra Behl, Lalit’s real-life wife). She’s a widow who retains a zest for life and her influence rejuvenates Dayanand as well. Meanwhile, Rajiv is constantly being harassed by his wife (Geetanjali Kulkarni) for shirking his responsibilities. He begins to envy his father for the sense of peace the former is experiencing. The film showcases a clash between old school values and modernity. It tries to convey the idea that we’re running an unnecessary race and it’s high time we slowed down and relaxed the pace, living a little more in the process. 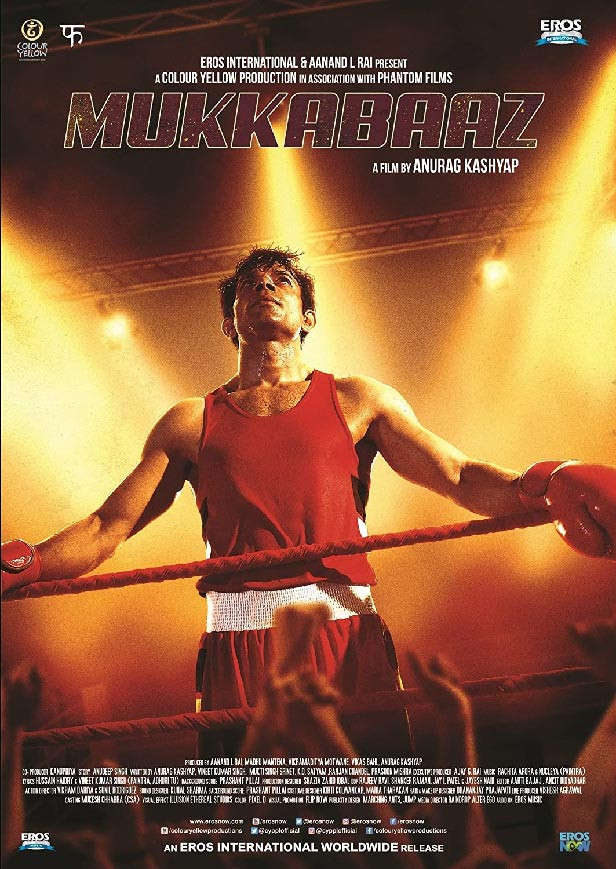 Mukkabaaz is director Anurag Kashyap’s homage to the iconic boxing film Rocky, starring Sylvester Stallone. But it’s Rocky peppered wholesomely with caste politics. Vineet Kumar Singh plays a talented boxer belonging to the lower caste who falls in love with the niece of an upper-class politician. This displeases the politician, who was a former boxer himself and holds influence in the field of boxing. The politician threatens to destroy the boxer’s career. How he comes out of the politicians’ ploys forms the crux of the film. Vineet Kumar Singh reportedly trained as a boxer for two years to look the part. Director Kashyap made use of actual boxers in the boxing scenes. That’s the reason they look edgy and raw. Jimmy Shergill once again gave a power-packed performance as a ruthless politician. And Ravi Kishan, as the kind-hearted coach, too proved why he’s known as one of the most versatile actors in the country. Zoya Hussain, who made her debut in the film, plays a mute and hence doesn’t have dialogues but her eyes speak volumes. Anurag showed how sportspersons in our country have to struggle every step of the way to gain recognition. And struck a blow against the casteist structure of our society as well. 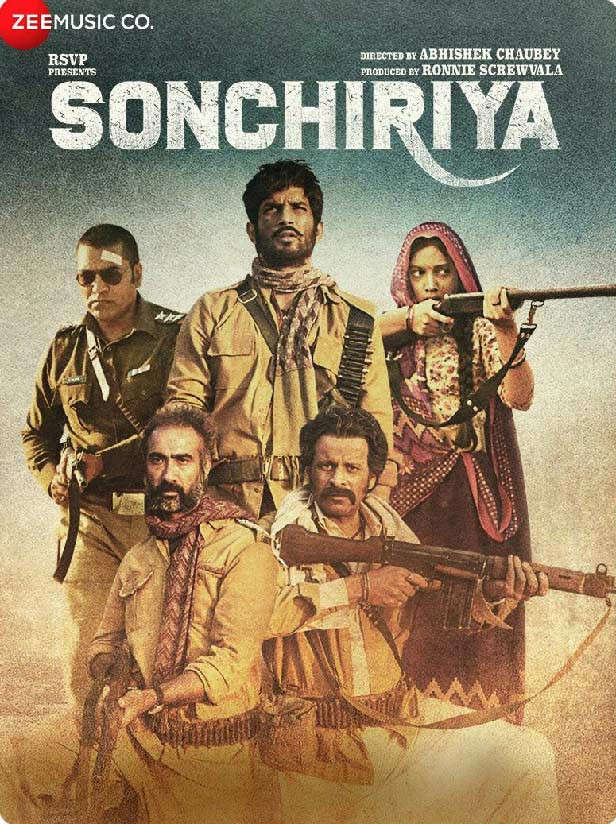 Sonchiriya offers a potent blend of dacoit drama, karmic lesson and caste politics with some realistic action thrown in for good measure. Set in the ’70s during the Emergency era, Sonchiriya is a story based in Chambal, which has long been the favourite playing field of directors wanting to channel their inner Sergio Leone and whip up a curry Western. Maan Singh (Manoj Bajpayee), is the leader of a merry band of dacoits, only they call themselves baaghi (rebel). Their rebellion exists at an existential level, as more often than not they are men running away from themselves, from their circumstances. Lakhna (Sushant Singh Rajput) and Vakil (Ranvir Shorey) are his trusted lieutenants. Virender Gujjar (Ashutosh Rana), a policeman has a personal vendetta against them and has vowed to kill them come hell or high water. Their lives take a turn when they help a woman (Bhumi Pednekar), who had stumbled into Chambal carrying a sick girl. Nothing is what it seems and various interpretations of truth come tumbling out as the narrative goes back and forth in time.