China’s parliament starts its annual meeting in Beijing on Friday as President Xi Jinping’s government seeks to show the Chinese people – and the world – that it has controlled the coronavirus pandemic that delayed the key political event by more than two months and can do what is needed to revive the economy.

Some 3,000 delegates of the National People’s Congress will meet for the next seven days in the cavernous auditorium of Great Hall of the People, built over 10 months on the western side of Tiananmen Square back in the time of Mao Zedong.

The NPC and the Chinese People’s Political Consultative Conference (CPPCC), which met on Thursday, are collectively known as the “Two Sessions” and were supposed to take place in March until the coronavirus pandemic that had begun with a handful of cases of mysterious pneumonia in the central city of Wuhan, spread out of control in January, forcing the city and its surrounding province to be sealed off.

“The significance of the NPC is that it is actually happening,” said Steve Tsang, who is the director at the China Institute at SOAS in London. “The NPC is normally more of a symbol than anything else and this time it has additional symbolism for both the party and Xi Jinping. It can be used to show that it’s only because of the success of the leadership of the party and Xi Jinping in dealing with the coronavirus that China can hold this congress.”

With China now recording only a handful of cases each day, some measures that were introduced to contain the virus have been relaxed. But an outbreak that has shattered the economy, and tested the country’s health system and government as rarely before is likely to dominate the discussions.

As the State Council said on Wednesday after meeting to prepare for the Two Sessions, China is facing an “extremely arduous and complex” situation in 2020.

The performance of the economy in the first three months of the year – when coronavirus was at its height – gives an indication of the scale of the challenge.

Gross domestic product (GDP) shrank by 6.8 percent – the first contraction since at least 1992 when China began releasing data. HSBC has said the GDP forecast could be as low as 2 percent for the full year and could even be dropped altogether.

Premier Li Keqiang will lay out the plans for the year in the traditional “state of the nation” address on the opening day; a speech that usually sets key targets, including economic growth and unemployment.

Key issues on the agenda will be economic growth and jobs, poverty alleviation, public health and new legislation, with some meetings taking place via video conference to ensure officials maintain appropriate social distancing.

“The virus makes the situation very complicated,” said Minglu Chen, a senior lecturer in the Department of Government and International Relations at the University of Sydney, noting that the authorities are dealing with a precipitous decline in the economy when they are usually announcing runaway growth.

“We haven’t seen much information on who has lost their jobs. Who is struggling,” she said.

Officially, unemployment is at 6 percent, but the data does not include the millions of migrant workers who, without work, have returned home to their villages. As in many coronavirus-hit countries, others have been forced to accept pay cuts while small businesses have struggled to keep afloat.

Economists expect officials to announce new stimulus measures as the government focuses on limiting the fallout from the economic collapse and preserving social stability; one of the Communist Party’s key policy objectives.

The coronavirus has already shown how the situation can spin out of control even in a society that is as tightly controlled as China’s.

As the outbreak surged in February, people in Wuhan queued outside hospitals struggling to get treatment for family members while medical workers found themselves facing a potentially deadly disease without the personal protective equipment they needed.

China’s usually constricted social media was alive with a fury which erupted into full public view with the death of Dr Li Wenliang, the eye doctor who was one of the earliest to warn about the virus but found himself silenced.

A makeshift memorial for Li Wenliang, a doctor who issued an early warning about the coronavirus outbreak before it was officially recognised, at an entrance to the Central Hospital of Wuhan after his death on February 7 [Reuters]

Since then, the government has clamped down on critics and seized control of the narrative, shifting the blame to officials in Wuhan – sacking some from their jobs – and using the escalating outbreaks in the West as a contrast to China’s relative success.

Buoyed by a nationalist wave, President Xi Jinping, the country’s most powerful leader since Mao, appears to be retaining his grip on power.

“The current pandemic has weakened his position somewhat, but as far as I can see, he still remains dominant, with no potential rivals in sight to challenge him,” said James Char, an associate research fellow in the China programme of the Institute of Defence and Strategic Studies at the S Rajaratnam School of International Studies at Singapore’s Nanyang Technological University. “This is especially the case since he continues to have a tight rein over the People’s Liberation Army.”

Char notes that on the Central Military Commission (CMC) – the PLA’s supreme decision-making body which was set up during the 19th Party Congress in 2017 – all six members are people with close ties to Xi.

As he takes his seat in the auditorium, Xi will have little to fear from the delegates – supposedly elected by citizens above the age of 18, but in reality, chosen by local officials. While the parliament has – occasionally – rejected government plans, the congress is seen as largely a rubber stamp. 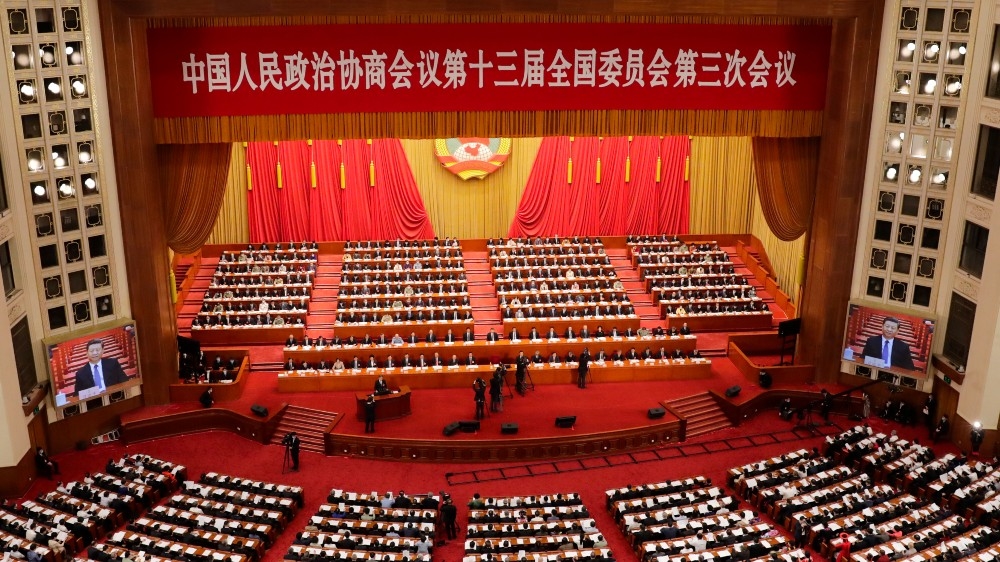 Among other legislation they will consider will be China’s first civil code – part of Xi’s plan to reform the legal system and formalise property and personal rights.

In the wake of the coronavirus pandemic, the civil code will also include updated public health legislation with the possibility that public health-related crimes will be tougher in future, according to NPC Observer, which tracks initiatives at the NPC.

More significantly, China has also signalled the NPC will pass new national security legislation for Hong Kong after mass anti-government protests that began a year ago and have started to reemerge in recent weeks. Zhang Yesui, a spokesman for the congress, said the move was necessary “in light of new circumstances and need” with more details of the legislation to be announced on Friday.

While the NPC might be a show of the Chinese government’s strength, when Premier Li presides over the traditional closing day news conference – with fewer media in attendance than usual because of social distancing – the coronavirus will continue to cast a long shadow.

No one anywhere is sure whether COVID-19 has truly run its course, and China’s leaders – Xi most of all – will not want to risk another wave of disease.

Yanis Varoufakis: Have Merkel & Macron Just Announced a Eurobond-Funded Godsend for the EU?

Why Japan took so long to start...