Talking Rates in the Maine Woods With Economists Over Good Wine
Taking place right before the Jackson Hole Economic Symposium, the gathering is a chance for money managers, traders, and economists to discuss crucial issues without restraint.
Bloomberg Businessweek, August 27, 2019

Note: This is the week I would normally be in Maine for Camp Kotok. Due to the pandemic, the event was cancelled, although some did make the journey. This is the complete version of my BW write up last year’s event, freed from the paywall. Enjoy.

Let’s get this out of the way upfront: There is no such entity as the “Shadow Kansas City Federal Reserve Board.”

This isn’t a “The first rule of Fight Club” situation. No one denies that a gathering of money managers, bond traders, and economists has been taking place at Leen’s Lodge in Grand Lake Stream, Maine, for several decades. It’s just that most of the conversations are off the record or governed by the Chatham House Rule, which doesn’t allow identification of speakers without their permission. Many attendees have an affiliation with the Federal Reserve, as current or former employees, but aren’t authorized to speak on the Fed’s behalf.

The long weekend in Maine takes place shortly before the Jackson Hole Economic Symposium, an event dating to 1982, held in Wyoming and hosted by the Kansas City Federal Reserve. Hence, the gathering became known in some circles as the “Shadow Kansas City Federal Reserve Board” because of the Fed affiliation of many attendees, more than a few of whom head off to Jackson Hole right after the gathering.

The group makes no claim to any official imprimatur. Instead, “Camp Kotok,” as it has become known—after David Kotok, chairman and cofounder of Cumberland Advisors, who began holding the meetings more than 20 years ago—has fishing and drinking and hiking and shooting and smoking of cigars in the pristine wilds of Maine, all of which may be great fun, but it’s hardly the reason to gather each year.

The main draw is the opportunity to discuss and debate the big issues of monetary policy, economics, and finance, with a like-minded group of serious policy wonks and high-profile money managers, away from the usual routines of the office. At dinner the dining room represents about $2 trillion in capital, not counting attendees from various governments and central banks from around the world.

In the past, discussion topics ranged far and wide; but this year, the focus was all Fed all the time: whether it should cut rates and by how much; if the inverted yield curve is signaling a recession; whether negative bond rates from Japan and Europe would make their way here. Perhaps the most passionate discussions were on the independence of the Federal Reserve in the face of unceasing pressure from President Trump.

Almost all attendees related similar anecdotes about presidential pressure on the Federal Reserve. Harry Truman famously called the entire Federal Open Market Committee to lunch at the White House, warning, “If you don’t cut rates, you are doing Stalin’s bidding.” Lyndon Johnson invited Fed Chairman William McChesney Martin to his ranch in Texas. LBJ threw Martin against the wall, saying, “Boys are dying in Vietnam, and Bill Martin doesn’t care.” Ronald Reagan’s chief of staff, Jim Baker, invited Fed Chairman Paul Volcker to the president’s library, adjacent to the Oval Office in the White House. With Reagan sitting next to him, Baker told Volcker, “The president is ordering you not to raise interest rates before the election.”

In each of these examples, pressure from the U.S. president was private, personal—and mostly effective. The very concept of a public dispute between a president and his own appointed Fed chair was unthinkable. Not only because it might roil the markets, but simply because adults don’t behave that way.

Alas, those were simpler times, decades before presidential tweeting was a thing. Before public bullying and harassment campaigns, there was direct and personal persuasion. The record suggests it was an effective way for presidents to influence monetary policy. Attendees at Camp Kotok repeatedly noted the current approach was not only unseemly but also had not ever been effective. The president calling out his hand-selected FOMC chair to an audience of 60 million-plus Twitter followers doesn’t seem to be having the desired result.

At the Jackson Hole gathering, Fed Chairman Jerome Powell’s  speech was a refresher on the history of monetary policy in the post-world war era. The section on current circumstances gave little comfort to a president apparently concerned about a possible recession and its potential effects on his reelection chances. Powell appears to have figured out three important things:

1. In the current era of low rates, low inflation, and modest economic expansion, the Fed’s rate policy is having little to no impact on stimulating the broader economy. Consumers have been buying big-ticket items such as houses and cars, regardless of modest increase in rates we’ve seen the past two years; we are still at historically low and accommodative levels. It’s noteworthy that corporations have been borrowing large sums of capital not to invest and hire, but to buy back their own shares. Lowering rates won’t change that behavior; if anything, it will only encourage more of it.

2. The Fed cannot offset an ill-advised trade war. The economy is having the expected textbook reaction to tariffs, treating them as an unnecessary tax on consumer spending, both here and abroad. If there was any expectation on the part of the occupants of the White House that this would cause the Fed to blink and cut rates, they appear to have been mistaken. “While monetary policy is a powerful tool that works to support consumer spending, business investment, and public confidence, it cannot provide a settled rule book for international trade,” Powell said.

3. Perhaps No. 2 above occurred because of the following: Powell seems to have deduced that Trump can’t fire him—at least, not without causing a constitutional crisis. This last conclusion allows the chairman to focus on protecting his institution from undue pressure from the president.

Simply stated, the Fed believes cutting rates is not the panacea the president believes it to be. Therefore the Fed would rather wait to cut rates when it would be much more effective—in a mild recession—than risk an increase in inflation from an even more accommodative stance than we’re in at present.

To be invited to Camp Kotok, you must check three boxes: First, a group member must nominate you as someone capable of adding to the conversation. Original ideas, thoughtful disagreement, and intelligent variant perspectives are all welcome. Second, you must get the thumbs-up from Kotok.

Third, the rules mandate that each attendee brings a case of wine. The group contains some serious oenophiles, and you’d best bring your A-game. Lots of thought goes into the wine selection—along with 20-year-old Scotch whisky, rare tequila, and the occasional brandy. This year I brought two cases of a delightful Spanish albariño from Ramón Bilbao; it was a cheap (so two cases) and unexpected delicious treat. It made a surprisingly good impression in the face of overrepresented—and overpriced—Napa Valley cabernets.

Most evenings there is a featured discussion before dinner. Senators, governors, and representatives have made appearances. Every Saturday night there’s robust debate. The topics include currency issues, the latest crises, and economic philosophy. The theme of this year’s Jackson Hole Economic Symposium was Challenges for Monetary Policy. So it was no coincidence that the debate, in Maine this year, ably moderated by Jim Bianco of Bianco Research LLC, was on Modern Monetary Theory, also called MMT. The surprising consensus was that whether it comes from the political Left or Right, MMT is inevitable. Expect future infrastructure projects, Medicare for all, and/or tax cuts to be funded by bonds authorized by Congress, issued by the Treasury, and purchased by the Federal Reserve. The group takeaway was as simple as it was snarky: “Free money! Whatever could possibly go wrong with that?!”

One cannot gather 50 economists and their ilk and not expect forecasting to occur. All participants answer 25 questions on where they think various prices and economic indicators will be one year hence. The stock market, unemployment, bond yields, gold, gross domestic product, yen, euro, inflation, oil, and other questions are not only discussed and forecast but gambled upon at $5 per prediction. I usually do pretty well, and this year I won $52. (Ties change the payouts.) Sizable side bets occur, and some people have been known to make rather large and ill-advised wagers under the influence of alcohol. I have done that, too, but thankfully, the rules preclude me from going into details.

There is a stable core of about 35 to 40 people, with a few newbies showing up each year to shake things up. Not everyone gets invited back. My slot opened up a dozen years ago when a Chicago currency trader decided to stand up in his canoe, flipping it over, sending everyone and everything on board into the lake.

My own tenure almost came to a premature end when I left a wet towel on a radiator to dry; it instead smoldered. Camp Kotok lore is that I almost burned down the cabin, and bank analyst Josh Rosner led a mock prosecution that evening to have me tossed out for my recklessness and negligence. My defense: This was no accident; I was trying to murder Rosner and his snoring bunkmate and fellow bank analyst Christopher Whalen, so the rest of us could get a night’s sleep. That this argument carried the day gives you some sense of the gallows humor of the dismal set who gather—and why I still get an annual invitation.

For a few years, electronic media were present in large numbers (including Bloomberg Radio and TV). One Friday evening, on Aug. 5, 2011, a television truck was accidentally still present—it couldn’t exit the narrow parking area because a car with a missing set of keys blocked the way—when Standard & Poor’s unexpectedly downgraded the credit quality of the U.S. It was a television producer’s dream, a huge news event scoop, with a live TV feed and a few dozen tipsy economists happy to chat about it, alcohol-induced buzz be damned. These were the first people to share their views with the world about what the downgrade meant. The consensus that it mattered much less than people feared was borne out by the subsequent course of history.

This year the concerns were focused on the many conundrums of monetary policy. The inverted yield curve—when short-term bonds pay a higher yield than the rates paid on longer-term bonds—is worrying, and the main question being debated was whether it was foreshadowing a recession or a sign that interest rates are still too low.

Yet the U.S. has the highest rates in the developed world, which is not ideal, in several economists’ view. The risk is a “giant flow of currency to the U.S.” to capture that yield, and an “overvalued dollar that is way too strong.”

Negative interest rates were even more worrying to the group. The entire economic system, it was pointed out, is based on positive interest rates. And if rates flip negative in the U.S., as they already have in Germany and Japan, no one knows what will happen.

Some photos and videos after the jump

Eagle flies once around surveilling the area 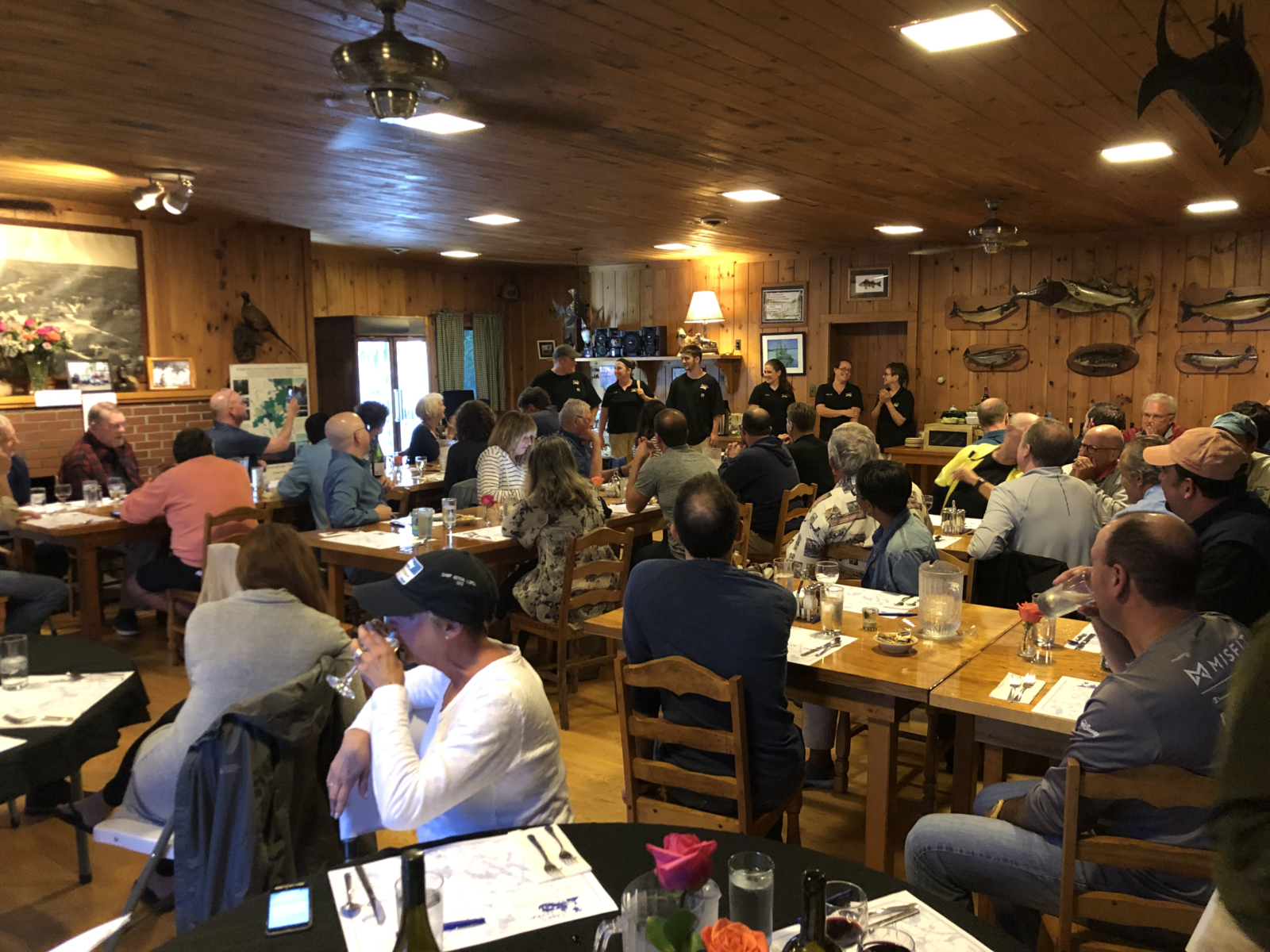 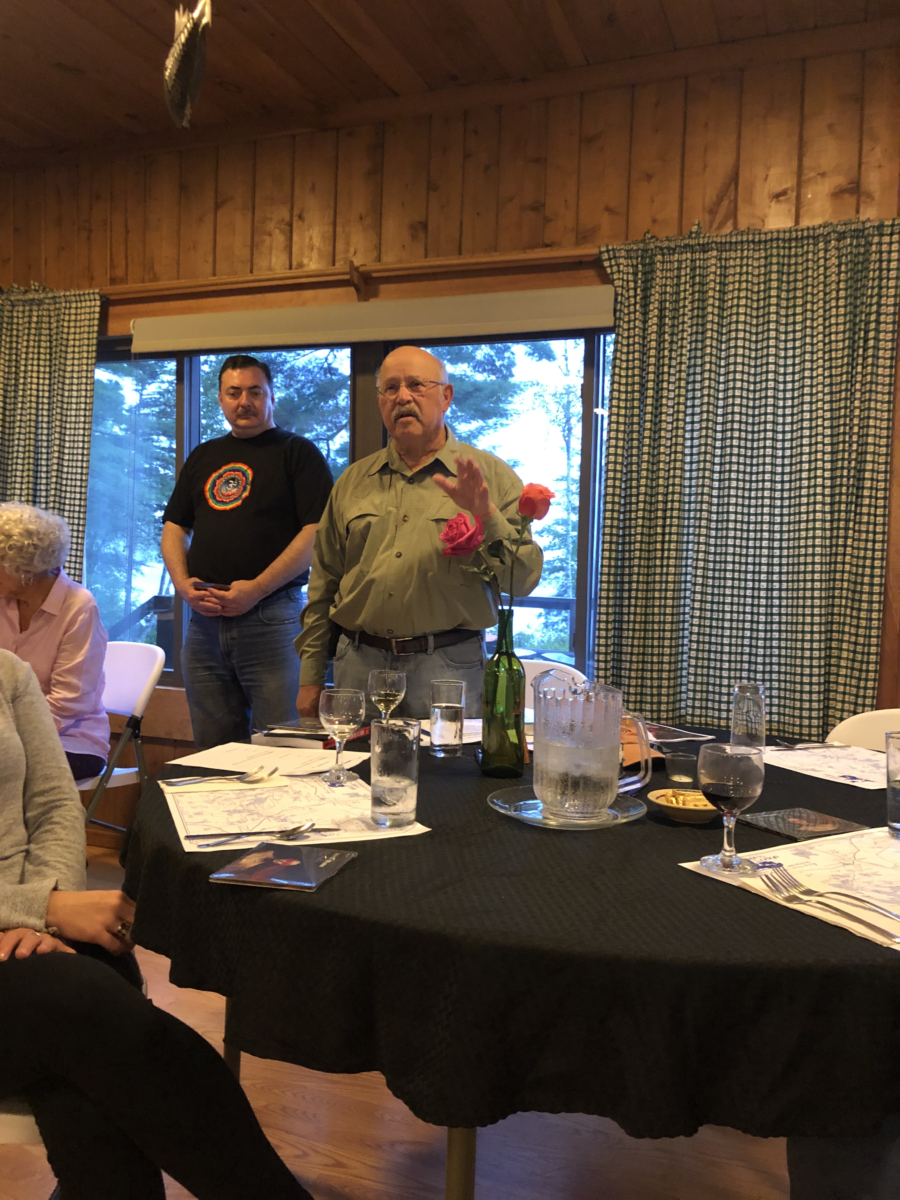 View from the Dining Room Deck 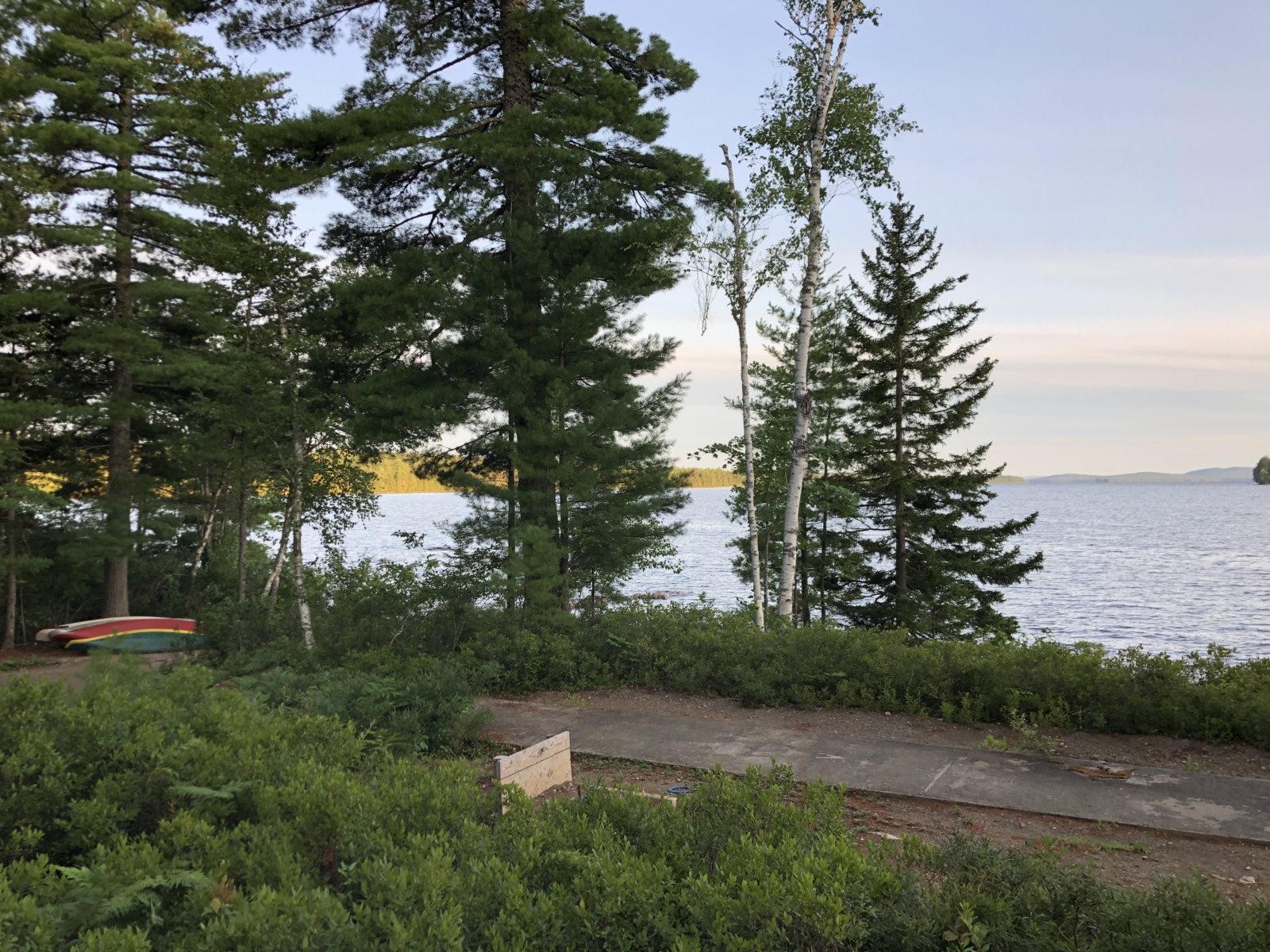 Not a lot of wine left 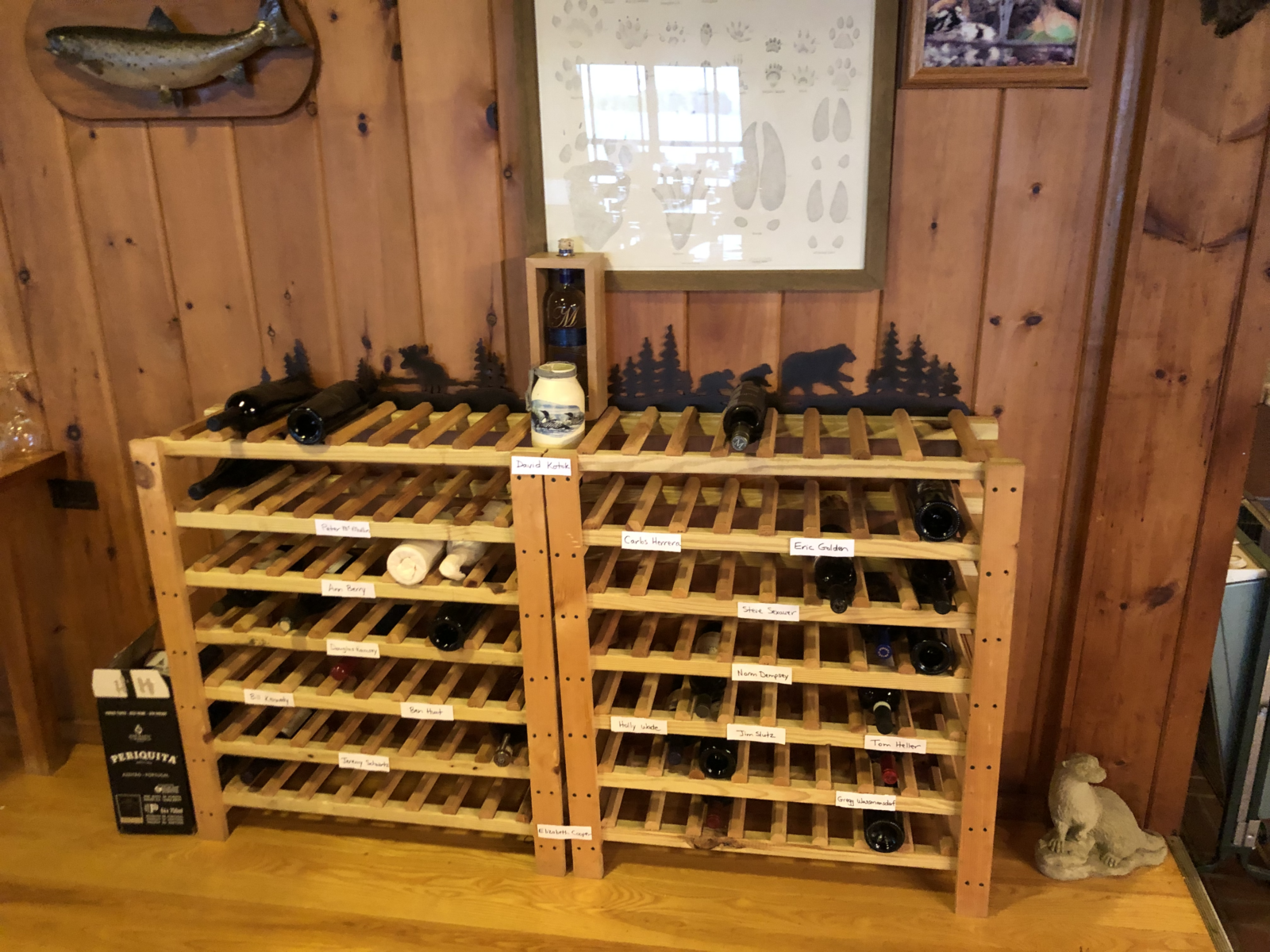 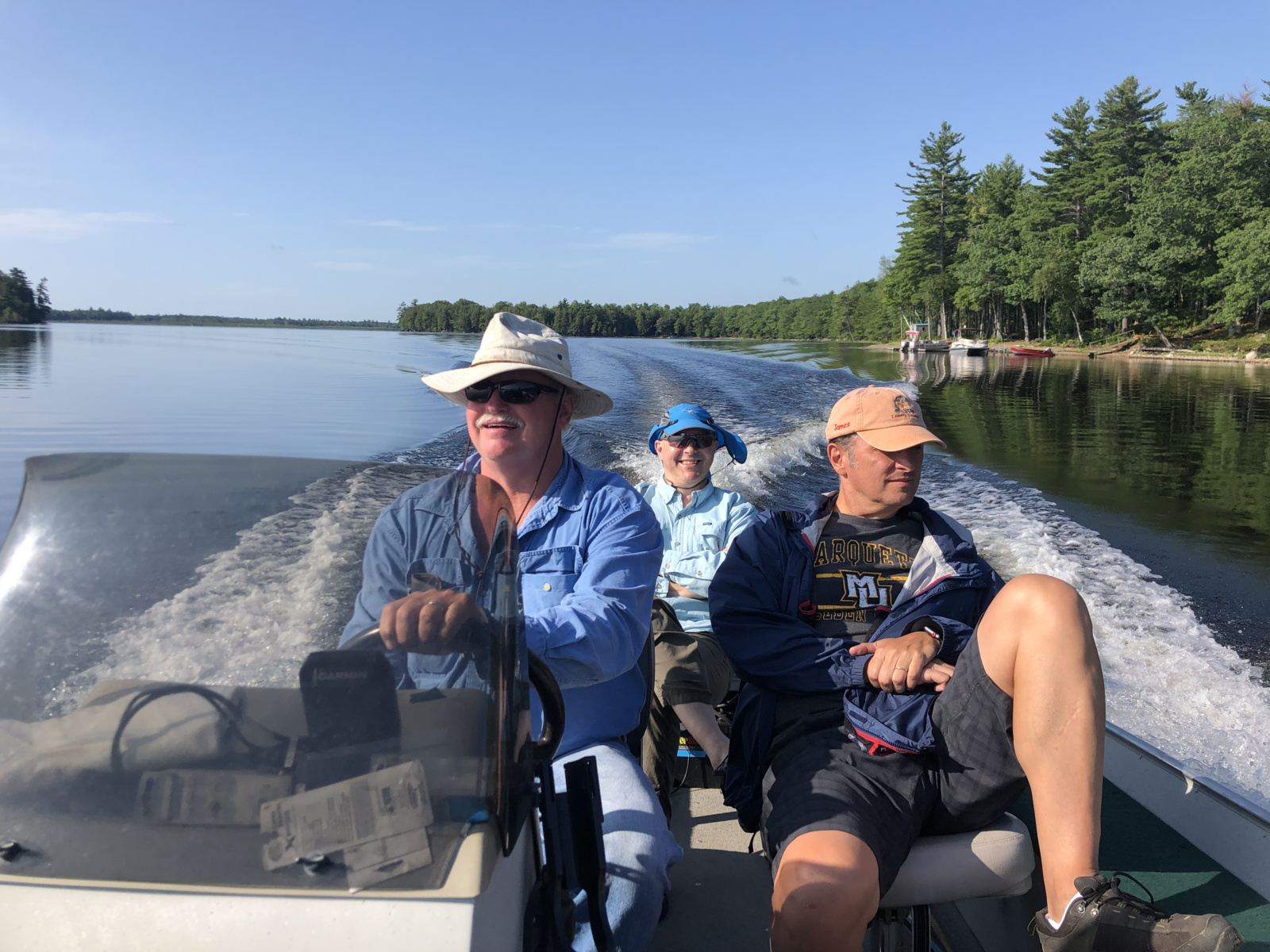 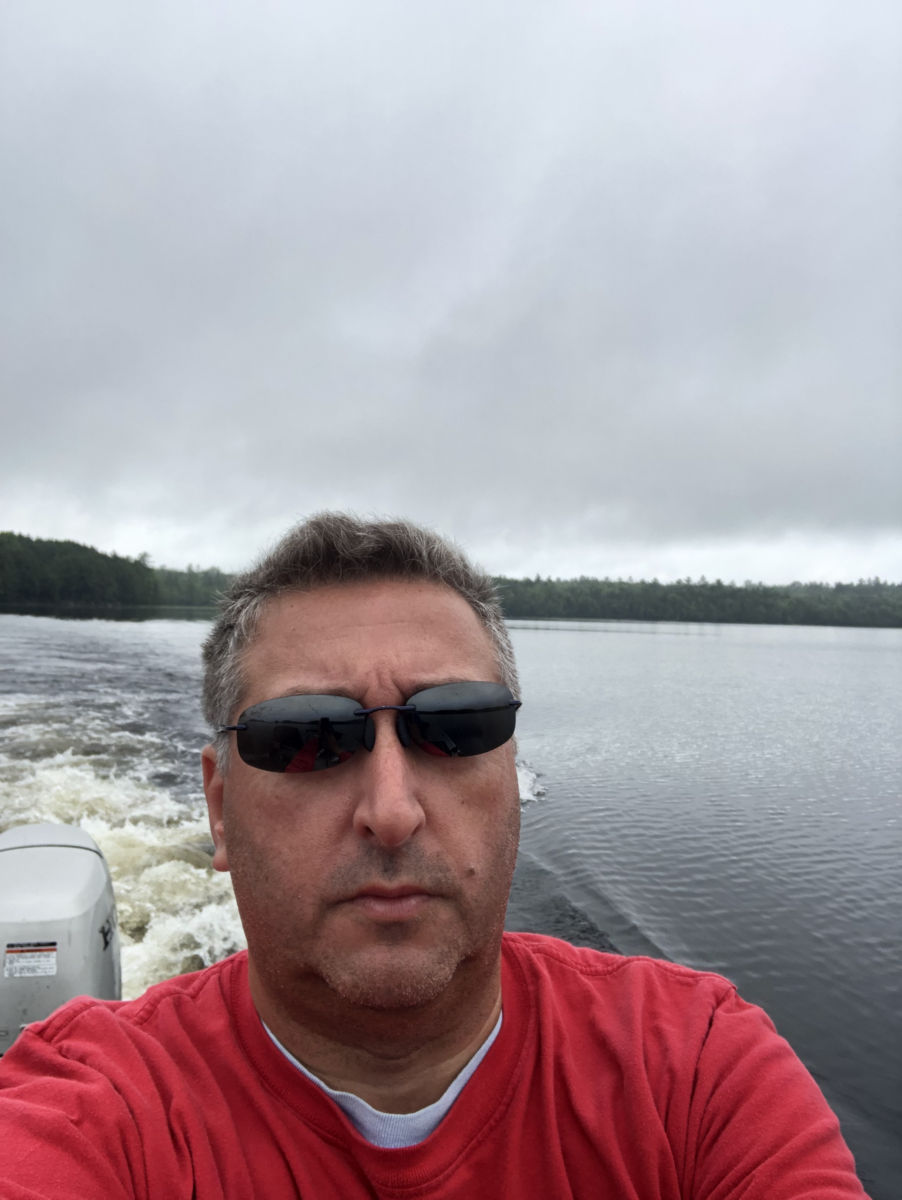 Your author after a few days of not shaving . . . 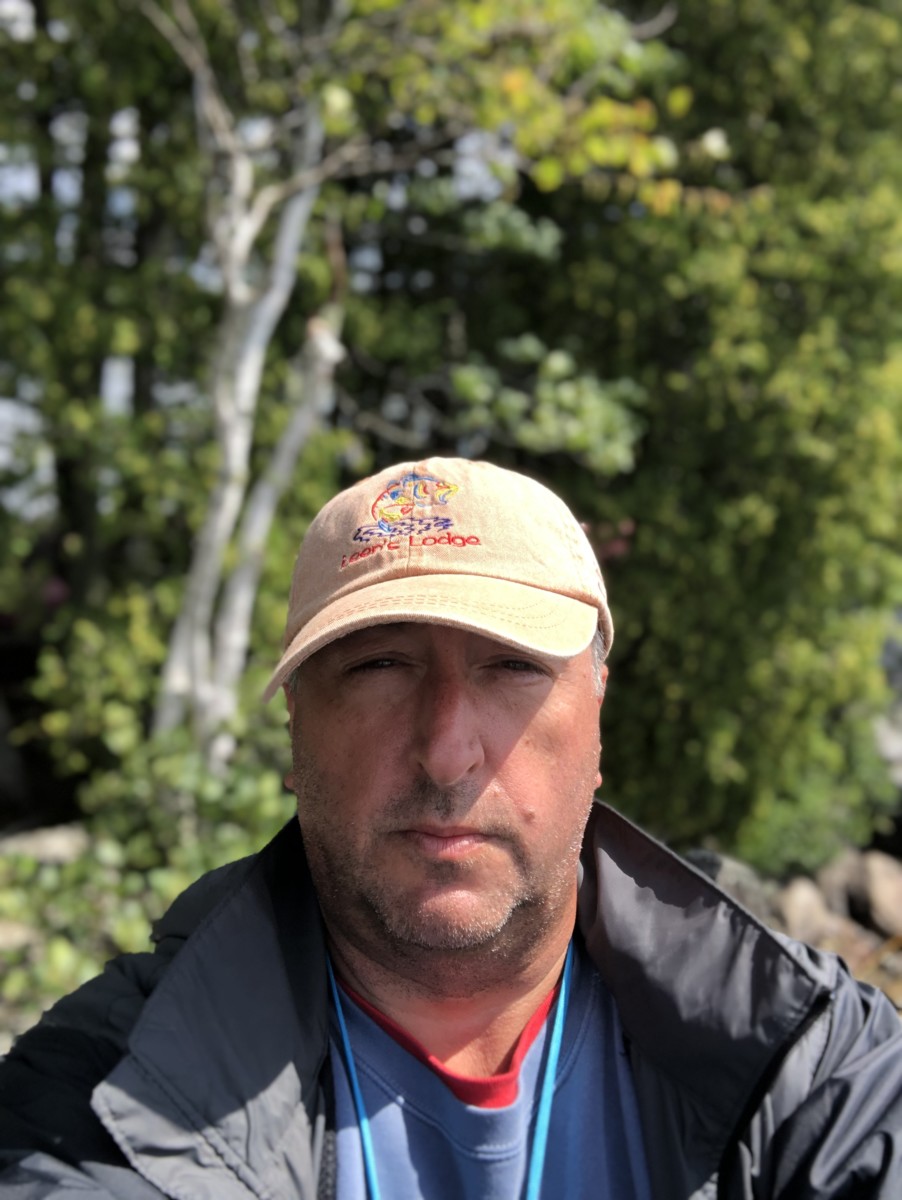 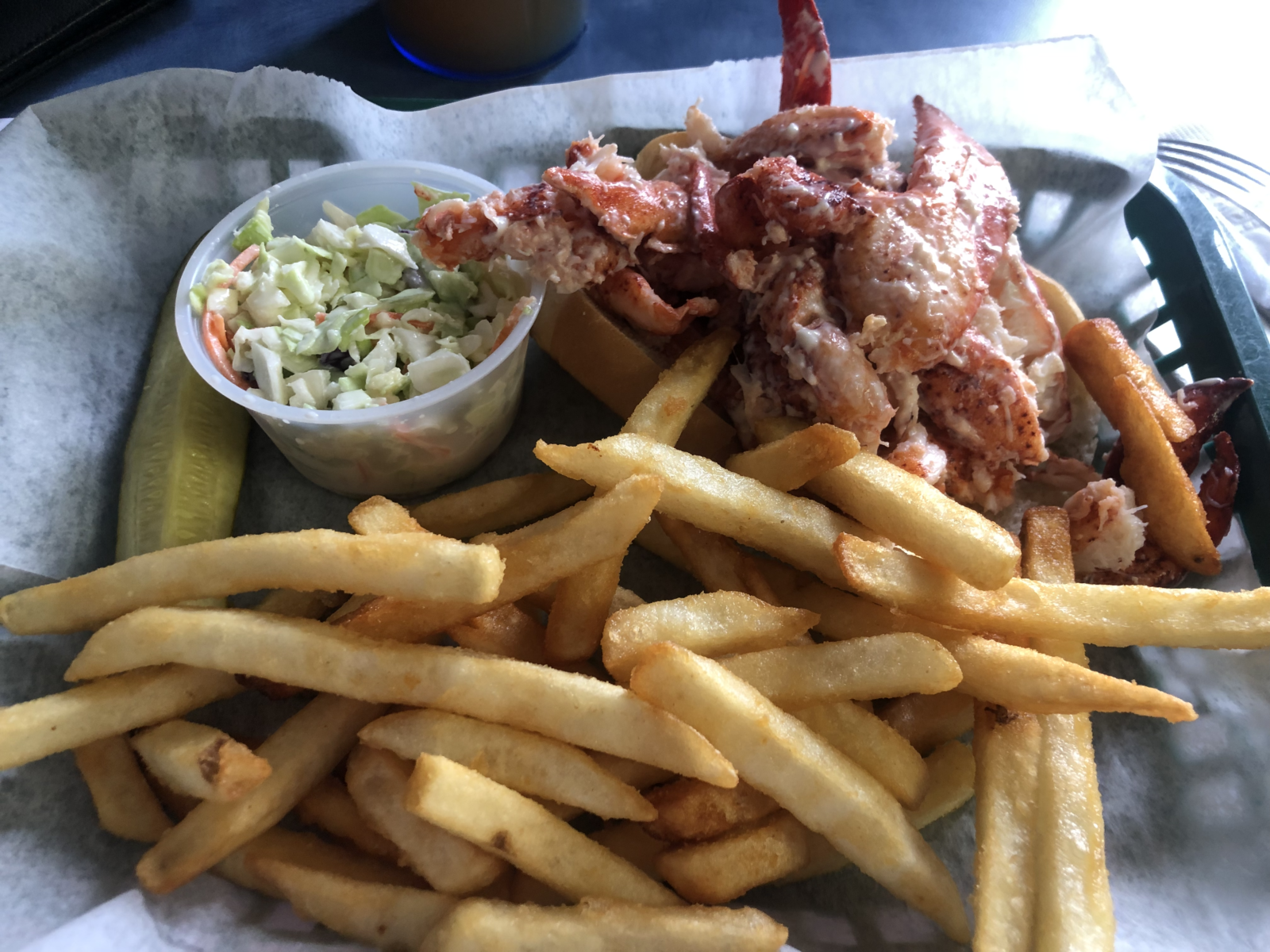 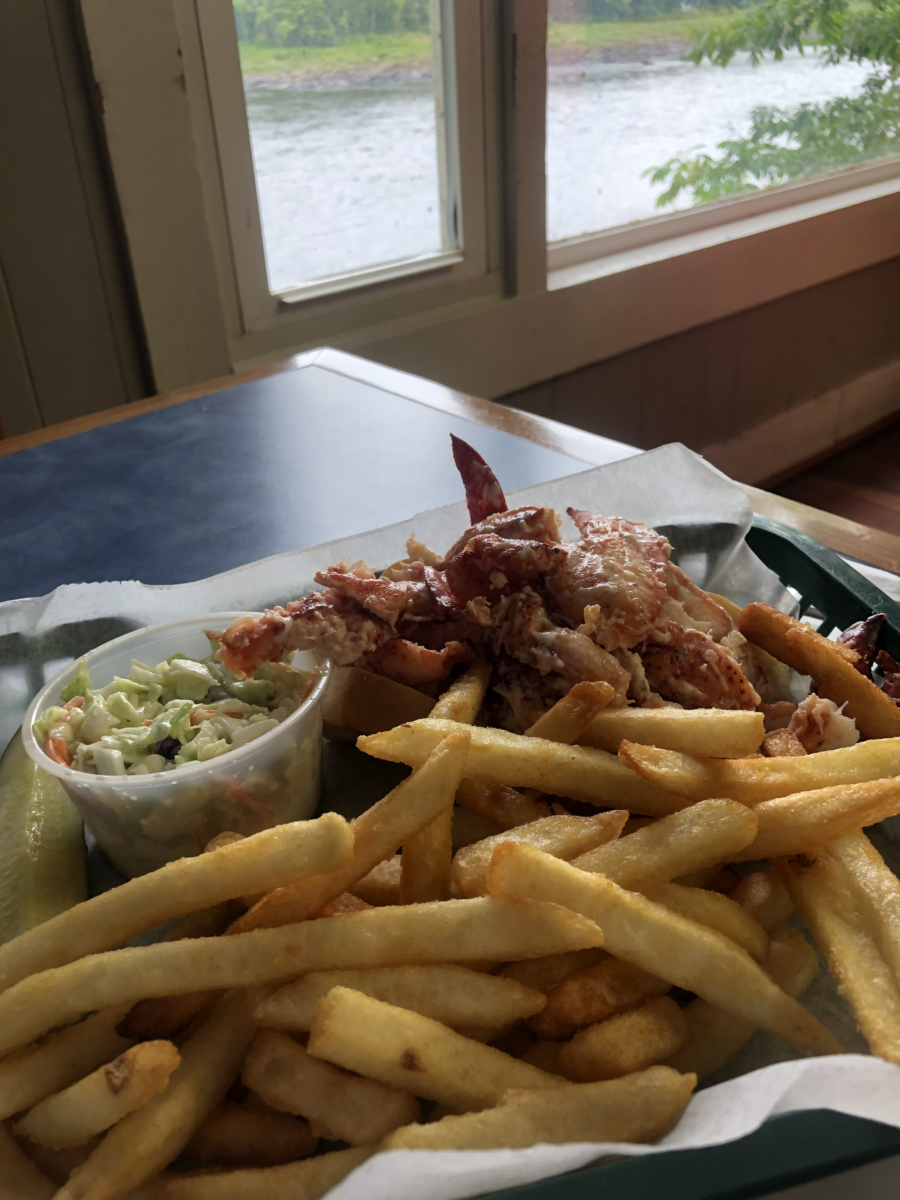 View from our cabin 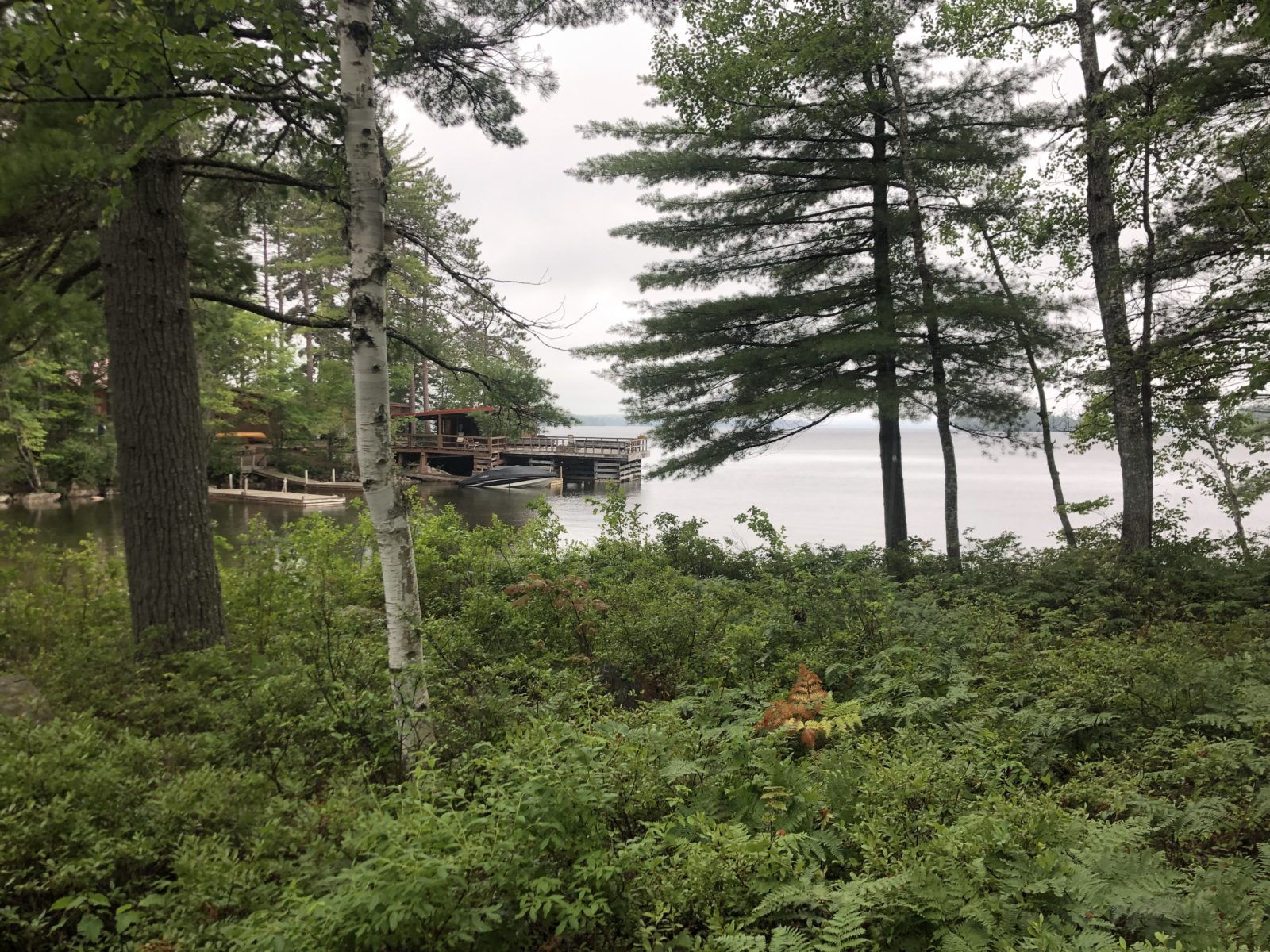 Robert Reich (6 Crucial Races That Will...