Best Stephen King adaptations from Hollywood of the last decade


Stephen King, known for his horror masterworks, has been one of the most adapted authors in Hollywood. Ever since Brian DePalma adapted Carrie in 1976, the author has become something of a good luck charm for the filmmakers. Almost every adaptation of his turns to box-office gold. While there have been films galore on his books, the current lot of filmmakers are giving them a modern, bare-bones touch that is more in keeping with his writing. Presenting a list of five of the best Stephen King adaptations from Hollywood in recent times. His novels have always been page-turners and we hope the films adapted from them will help you forget the passage of time as you savour them during the quarantine.

It is the third adaptation of Stephen King’s 1974 novel of the same name and the fourth film in the Carrie franchise. The film is a modern re-telling of Stephen King’s novel about a shy girl outcast by her peers and sheltered by her deeply religious mother, who uses her telekinetic powers with devastating effect after being a victim of a cruel prank at her senior prom. Carrie White (Chloë Grace Moretz) is prettier than Sissy Spacek from the 1976 Brian DePalma version. Her mother Margaret (Julianne Moore), who thinks mensuration is a sin, sees her powers as signs of evil. Carrie is an abused child, she radiates a sense of worthlessness. When she’s ridiculed beyond measure, she lashes out the only way she can — through using telekinesis. She kills most of the students present at the prom in violent ways and later kills her mother as well. The film is directed by a woman director and as such delves more on the feelings of the heroine than her awesome powers. Her relationship with her mother is examined here at length. Carrie might have turned out different if she had a loving mother, a caring family to fall back to. Because she isn’t nurtured right, her powers, which could have been used for good, become instruments of hate, of destruction. 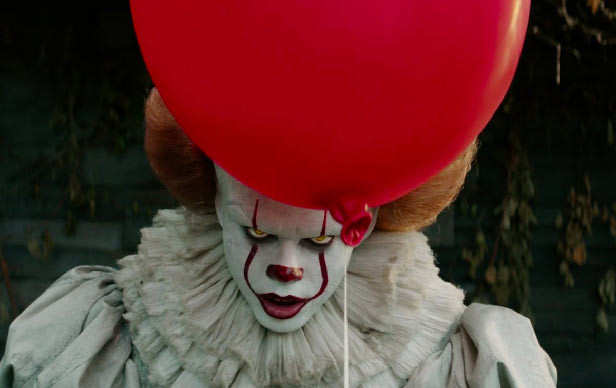 The film is adapted from Stephen King’s 1986 novel of the same name. Critics hailed the present film as being better than the 1990 adaptation by director Tommy Lee Wallace. It’s a coming-of-age saga where a group of children are stalked by a dancing clown which is really a malevolent spirit which haunts their town every 27 years, preying on children. The clown makes them confront their worst fears and ironically helps them come to terms with the actual horrors they face in real life. He lives somewhere in the sewers and the youngsters band up against It and almost kill It. As it escapes deeper into the tunnels, it warns that it’ll come back and haunt them as adults. They all take a vow to come together once more if that happens. The clown was used rather sparingly, what with the director creating an atmosphere where your own brain compels you to seek danger in dark places. Bill Skarsgård was much praised for essaying the clown. A sequel, Chapter Two (2019) carried forward the story when the kids are all grown up. 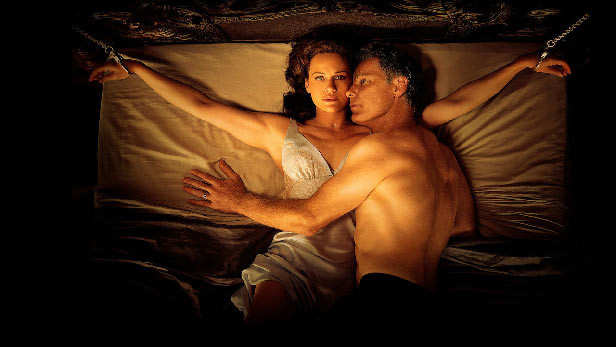 Jessie (Carla Gugino) and Gerald (Bruce Greenwood) are having trouble in their marriage and decide to liven things up by vacationing together at an isolated lake house. Gerald restrains Jessie with one handcuff on each wrist locked to the bedposts and begins to enact a rape fantasy which is not comfortable with. They have an argument and in the midst of that, he has a massive heart attack and instantly dies. She is tied to the bed and there’s no one to help. She begins hallucinating where her much more confident self has a series of conversations with Gerald’s ghost. She’s more assertive towards him and they end up sorting some of their differences. She tells him about a hidden memory from long ago, which might be one of the reasons for her not sharing a level of intimacy with her husband. She also keeps seeing another figure in the house, whom the ghost says is the figure of death. She cuts himself and manages to get one hand out of the cuff, by using blood as a lubricant. She unchains herself but passes out due to dehydration and a loss of blood. Later, it transpires that a serial killer was actually present in the lake house. The novel was billed as being unfilmable until this adaptation came along. The director made clever use of having apparitions of both Jessie and Gerald talk to each other, bringing their issues out of the closet. 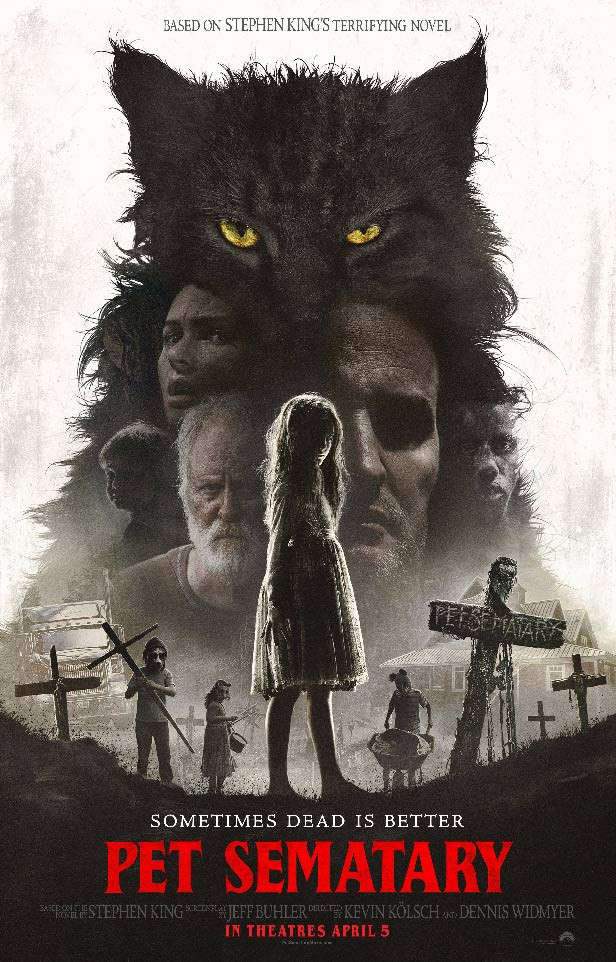 The film is an adaptation of Stephen King’s novel of the same name. Louis Creed (Jason Clarke), a Boston doctor tired of big city life, shifts with his wife Rachel (Amy Seimetz) and their two kids, eight-year-old Ellie (Jeté Laurence) and Gage (twins Hugo and Lucas Lavoie), to a quiet backwater in Maine. They instantly fall in love with their new house, whose only flaw is that it’s too close to a highway which sees humongous trucks roaring by all day. Their cat, Church, falls prey to an accident one day and that’s when their friendly neighbour, Jud Crandall (John Lithgow), tells Louis about an ancient burial ground where pets come back alive miraculously. Church does come back but is more feral and unkempt in appearance. But the family doesn’t mind the few extra scratches for sure. Things get complicated when Ellie gets knocked down by a speeding truck. A distraught Louis buries her too in the ancient resting place, leading to devastating results for everybody. A father’s rage and helplessness at the turn of the events is effectively captured, as is a mother’s rejection of something she believes is no longer her child. It’s the emotional strain which gets to you rather than the slasher antics of Ellie. 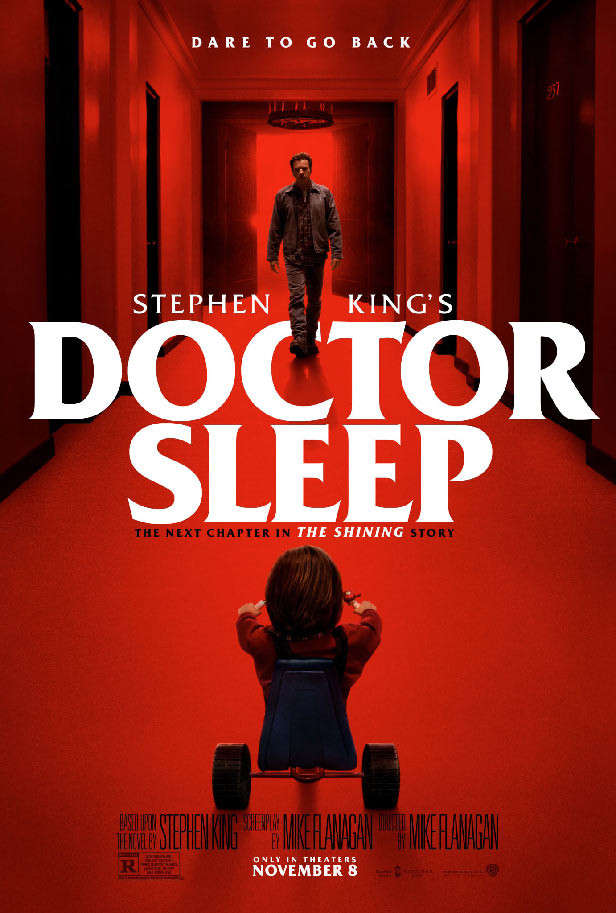 Doctor Sleep is a sequel to The Shining (1980). Director Mike Flanagan has made his film in such a way that it not only adapts Doctor Sleep the book but also connects with the cinematic universe of the movie The Shining. And therein lies his genius. Kubrick’s film is such an iconic product that it would be foolish to match it head-on. And hence Flanagan has toned down the horror elements, especially in the first half. What he has done instead is to give us a glimpse of the mind of a person who ‘shines’. Dan Torrance (Ewan McGregor) is the son of Jack Torrance (Jack Nicholson). Having escaped the horrors of the Overlook Hotel in 1980, he has relocated to Florida with his mom. The supernatural hasn’t left him and he keeps having ghostly visitations. A friendly spirit teaches him to counter them. But he grows up to be a broken, alcoholic individual. He crosses swords with a group of spirit vampires and his life changes drastically. While Kubrick’s film focussed mostly on Jack Nicholson and was set in a single location, the present film is more of a multiple-character and a multiple-location film dealing with different viewpoints. It’s a slow burner leading towards an explosive climax which makes intelligent use of a familiar landscape.

WandaVision Is Marvel’s Chance to Redeem Their...