Pierce Brosnan, some say, made for the best modern bond. He gave out an air of both humour and danger in his bond films, remaining unshaken and unstirred through all his outings as 007 and winning the approval of the audience. He wasn’t the serious Bond that Daniel Craig has become in the current lot of Bond films. But Brosnan wasn’t just Bond. He managed to carve out a career for himself doing everything from thrillers to comedies to even musicals. Here are some of his best non-Bond movies down the years that’ll surely add to your wishlist of movies to be watched during this quarantine.

It’s a remake of the 1968 film of the same name. Pierce Brosnan plays Thomas Crown, millionaire playboy and thief who steals just for the thrill of it. He successfully steals Monet’s painting of San Giorgio Maggiore at Dusk from a museum. NYPD Detective Michael McCann (Denis Leary) heads the investigation and he’s assisted by insurance investigator Catherine Banning (Rene Russo). Catherine is fascinated by him and he too begins to like her. She correctly surmises that he doesn’t need the money and is doing it all for fun. Though they become lovers, she still utilises her intellect to outwit him but he’s always just a step ahead of her. He returns the original painting but steals another. Catherine lets that go as it wasn’t covered by her employer. She feels she has lost him but taking the flight home, finds him seated behind her. It was a frothy entertainer and went a long way towards breaking Brosnan’s 007 image. 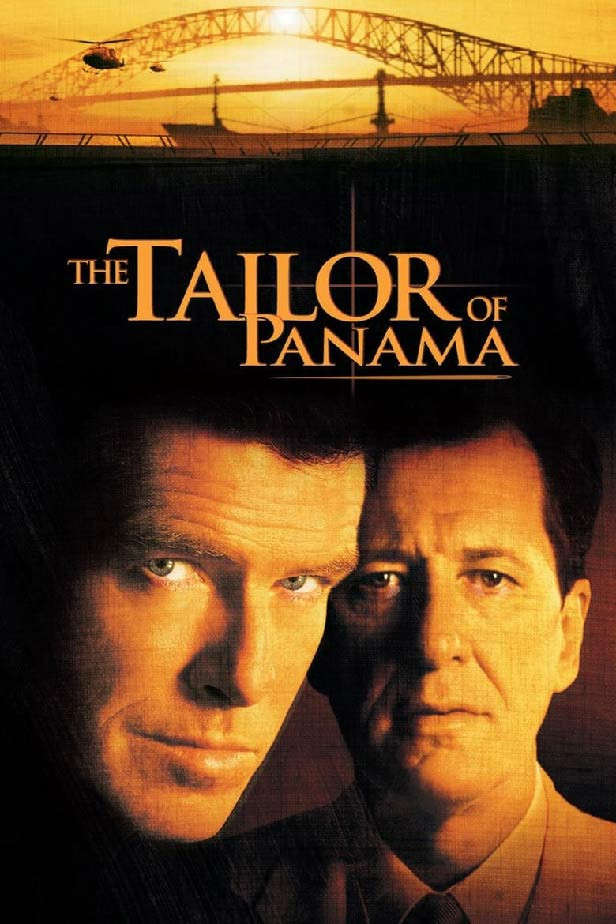 The film is based on the 1996 spy novel of the same name by John le Carre, who co-wrote the screenplay. Brosnan played another fictional spy here but of a more realistic variety. It’s a dark crooked tale of spies and the shams they create and how unscrupulous operatives take advantage of them. Andy Osnard (Pierce Brosnan) is an MI6 spy working in Panama. He becomes friendly with Harry Pendel (Geoffrey Rush) an ex-con pretending to be a former Saville Row tailor. Such is his reputation that he makes clothes even for the President. Osnard runs him and while earlier he offers genuine gossip, later he starts inventing most of the stuff. Osnard gets to know that but doesn’t care as his superiors are lapping everything up. When Pendel says some hanky-panky around the Panama canal is cooking, Osnard knows he has hit a gold mine. He asks for an exorbitant sum from the CIA, bribes everyone up and down and manages to disappear from the country with a large amount still intact. The tailor, meanwhile, reconciles with his wife but is left with the same financial status when he started. 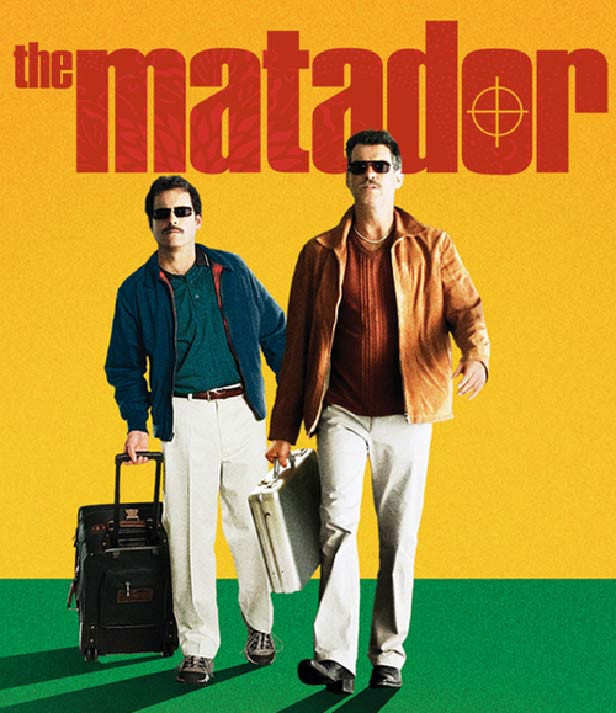 Brosnan acted as a jaded hitman who wants out in this thriller comedy. Salesman Danny Wright (Greg Kinnear), and a bored out of his skull hitman Julian Noble (Pierce Brosnan), randomly meet at a bar in Mexico City and soon become friends. When Julian tells Danny what his real profession is, Danny is at first sceptical. But when Julain walks him through a job, coming inches closer to killing a potential victim, he does believe him. They go their separate ways soon but later, Julian turns up at Danny’s place in America. He wants Danny’s help in executing a last assignment and Danny reluctantly agrees. Later Julian reveals that whom he had just killed was his boss and that means he’s now able to retire in Greece. It’s shown that Julian leaves behind tickets to Greece in Danny’s car for Danny and his wife before disappearing. It was a frothy actioner and was well-liked by the audience and the critics alike. 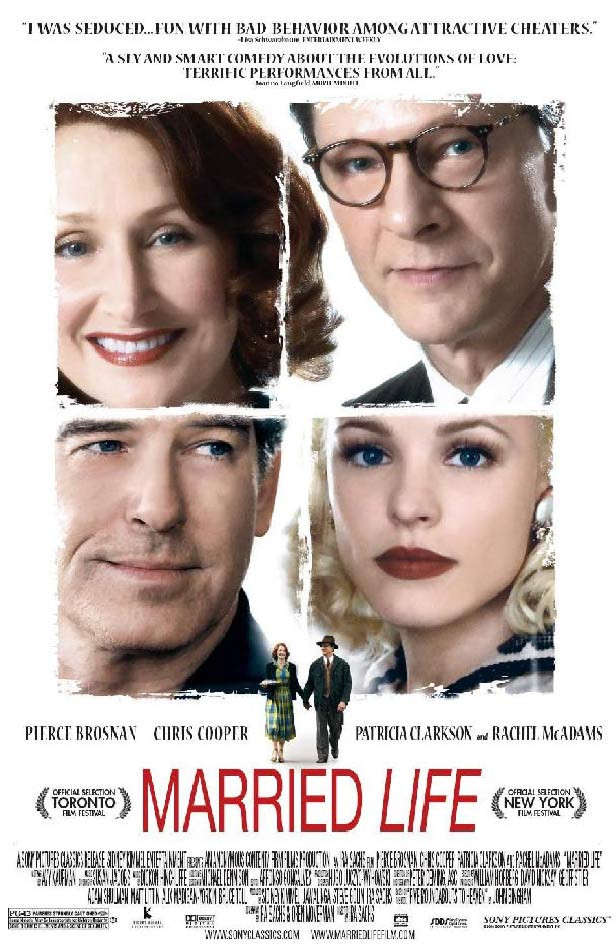 The film is based on the 1953 novel Five Roundabouts to Heaven by John Bingham. Four years after the second world war, Harry Allen (Chris Cooper), a successful businessman, is having an affair with a young war widow Kay Nesbitt (Rachel McAdams). He confides this to his friend Richard Langley (Pierce Brosnan), who intrigued, meets the woman and is smitten by her in turn. Richard finds out that unknown to Harry, his wife Pat (Patricia Clarkson), too is having an affair with John O’Brien (David Wenham). If either of the two finds out about their respective affairs, it would lead to divorce and that means Harry would ask Kay to marry him. Richard wants Kay for himself and as a result, separately asks both Harry and his wife to invest more in their marriage. Harry feels divorce would be too messy for his wife’s finer sensibilities and wants to kill her to spare her the trauma. He almost does so, then discovers that Kay and Richard have become lovers. Later, it is seen that Richard and Kay have married while Harry and Pat want to give each other another chance. 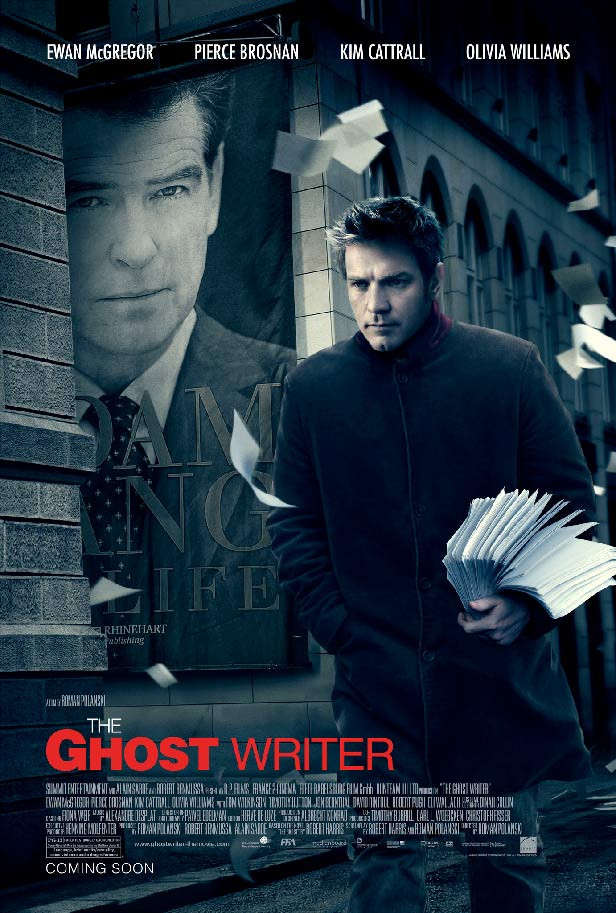 The film is an adaptation of a Robert Harris novel, The Ghost. It recounts the tale of a ghostwriter being recruited to write the life story of a former British Prime Minister Adam Peter Bennett Lang (Pierce Brosnan) now living in America. The unnamed writer, played by Ewan McGregor, discovers that the writer who was writing the book earlier was perhaps murdered. And that he might have stumbled across clues pointing out that the British premier was hands-in-gloves with the CIA. The writer puts his doubts before Lang, who denies the accusations. Later, Lang gets assassinated but the writer is still asked to finish the book as it would now be a sure shot bestseller. Upon finishing it, he gathers that the secret lies in the first chapters of the book. Since he now knows the secret, an attempt is made on his life as well. It was a taut thriller having many 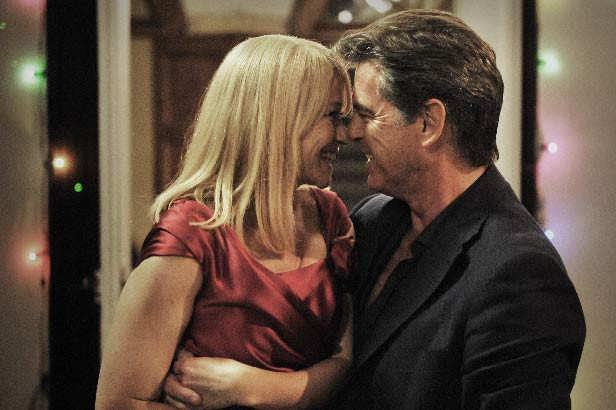 The children of Danish hairdresser Ida (Trine Dyrholm), who has recently completed a successful breast cancer treatment after undergoing a mastectomy and American businessman Philip, (Pierce Brosnan) who is a successful exporter of fruits and vegetables grieving the loss of his wife are getting married. They haven’t met each other before and literally bump into each other on their first meeting. Her car collides with his at the Copenhagen airport and strong words get exchanged. Philip finds Ida irritating while Ida thinks that Philip is rude and mean. Later, they discover that she hasn’t come to terms with the fact that her husband has been cheating on her and he still can’t get over the death of his wife. They begin to bond over the course of the days leading to the wedding. However, their children aren’t really sure about the wedding and call it off at the last minute. Ida’s husband makes a move towards reconciliation. She accepts his overtures at first but later having understood that she no longer loves him, dumps him. She goes to meet Philip at his villa and the two read her latest report together, which turns out to be favourable.

Brazil’s health minister resigns after one month on the job

Canadiens’ Retired Jerseys – the Story of a Famed Franchise

“It’s Chaos”: Behind the Scenes of Donald...