We can all do with a little bit of magic these days, cooped up as we are 24/7 inside our houses to avoid getting infected with the coronavirus. Hollywood has been making films on magicians since time immemorial. Some of the earliest movies used stop motion animation to duplicate the effects of the stage magicians. Some say films have kind of diluted the aura of magicians as using a different bag of tricks, they can reproduce the same results. Others are of the view that movies about magic have helped revive an ancient art. We present to you a list of some of the best films featuring magicians to have come out of Hollywood in recent times.

The Illusionist, directed by Neil Burger and starring Edward Norton, Paul Giamatti, and Jessica Biel is a period romance featuring a magician, who uses his art to be united with the woman he loves. It is loosely based on Steven Millhauser’s short story Eisenheim the Illusionist. T Eisenheim (Edward Norton) is a magician in turn-of-the-century Vienna. He falls in love with Sophie, the Duchess von Teschen, played by Jessica Biel. She is expected to marry the Crown Prince Leopold (Rufus Sewell), who is supposed to have murdered a former lover. Sophie is one day found murdered and during a show, Eisenheim brings her spirit in front of the audience. The spirit points out that someone in the audience is her killer. He’s warned by the police not to repeat the act but he does it again. When the police come to arrest him, he’s shown to be a spirit himself. The film was a critical and commercial success and Nortan’s performance was much appreciated. 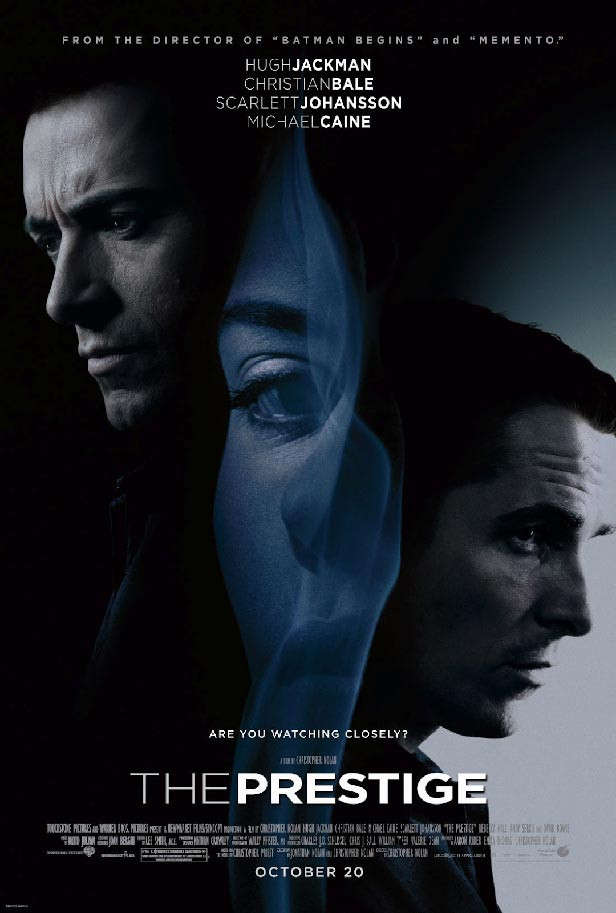 Appearing in the same year as The Illusionist, it upstaged the earlier film both in its depiction of magic and for it’s better dramatic content. Directed by Christopher Nolan, it’s based on the 1995 novel of the same name written by Christopher Priest. Robert Angier and Alfred Borden are rival stage magicians in London at the end of the 19th century. Obsessed with creating the best stage illusion, they develop a bitter rivalry, which leads to tragic results for both. The twists and turns of the narrative will keep you guessing until the very end. And you won’t believe your eyes even upon seeing the truth. The climax is going to hit an emotional punch for sure that’ll leave you gutted. The film was both a homage to the golden age of magic and the dedication of an artist towards his craft. Hugh Jackman and Christian Bale, who played Angier and Borden respectively, received high praise for their performance. 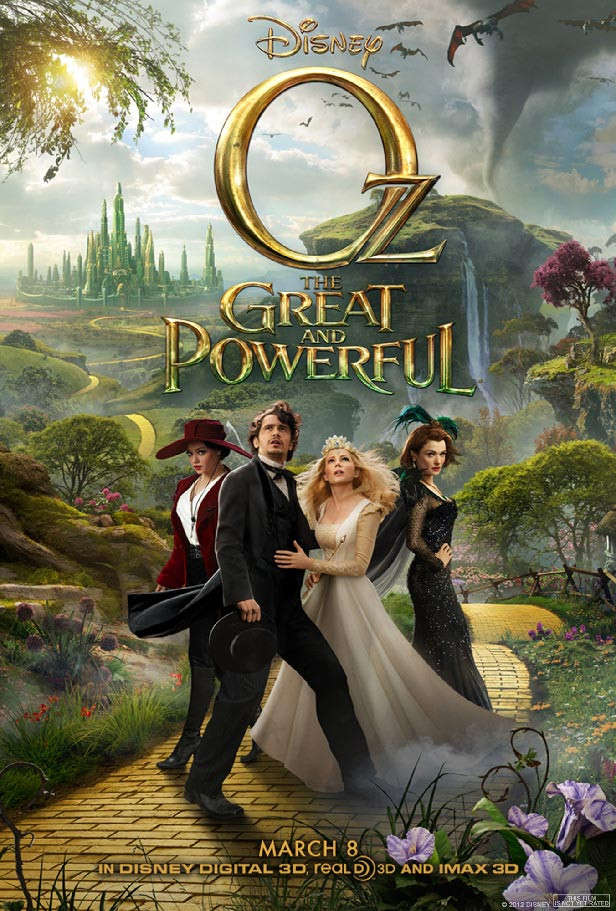 Directed by Sam Raimi the film is based on L. Frank Baum’s early 20th century Oz novels. The film is a prequel of sorts to the original Metro-Goldwyn-Mayer production The Wizard of Oz (1939). The film stars James Franco in the title role and also Mila Kunis, Rachel Weisz, Michelle Williams, Zach Braff, Bill Cobbs, Joey King, and Tony Cox in the star cast. It narrates the story of Oscar Diggs, a magician cum con artist who gets transported to the Land of Oz and encounters three witches: Theodora, Evanora, and Glinda. Oscar gets entrusted to restore order in Oz and somehow, using his con man’s cunning and through sheer luck, proceeds to do so, experiencing one set of misadventures after the other. The film was admired for its visual opulence, for its attempts at becoming a prequel to the 1939 film and Franco too received praise for his robust performance. 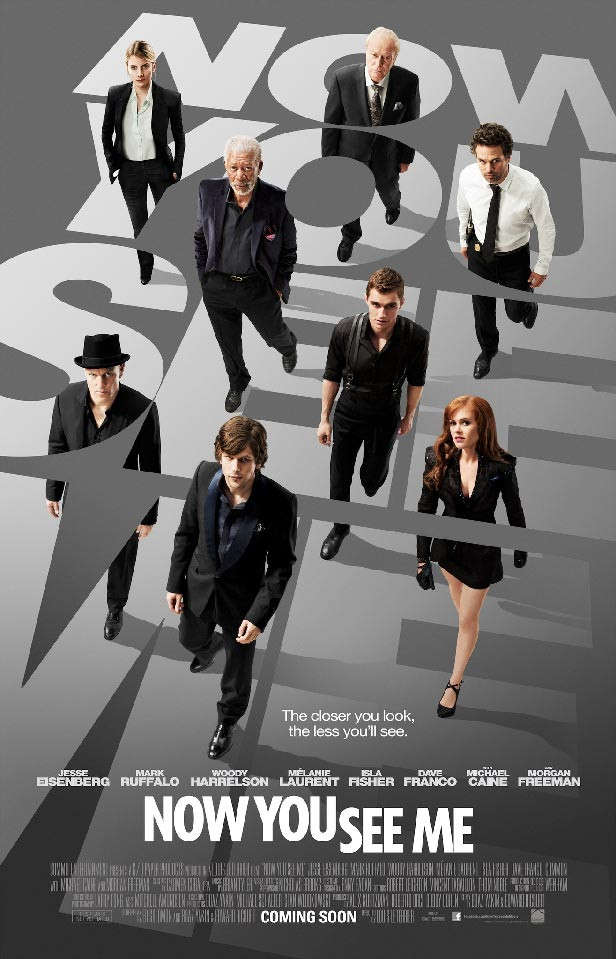 Directed by Louis Leterrier the film features an impressive ensemble cast comprising Jesse Eisenberg, Mark Ruffalo, Woody Harrelson, Isla Fisher, Dave Franco, Mélanie Laurent, Michael Caine, and Morgan Freeman. It’s a heist film where a group of magicians, calling themselves the Four Horsemen, perform elaborate robberies and get away with it. Their goal, incredibly, isn’t money or fame. They hope to enter an order of actual magicians called The Eye. An FBI agent (Mark Ruffalo) is hot on their trails. The final act reveals that whatever went on earlier was part of a long-long ruse running back several years. This part heist film, part revenge drama will keep you glued to your seats throughout. The actors gelled well together and the entire cast was praised for enacting their parts with much authenticity. The film is popcorn entertainment at its best. The film’s sequel, Now You See Me 2 (2016), was also pretty entertaining. 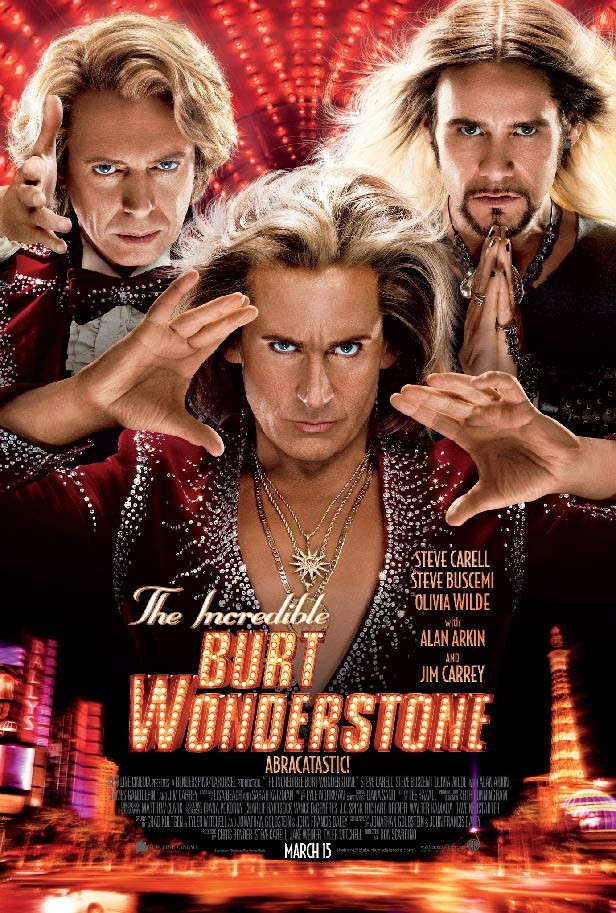 Directed by Don Scardino, the film narrates the story of Las Vegas magician Burt Wonderstone (Steve Carell) as he attempts to reunite with his former partner Anton Marvelton (Steve Buscemi) to take on an up and coming rival Steve Gray (Jim Carrey), who specialises in dangerous street magic. Carrey lost a lot of weight to develop a lean mean look for the role of a thrill-seeking magician willing to go to any length to keep the audience engaged. Wonderstone and Marvelton (Buscemi) have been successful in Las Vegas for ten years. However, they have a fallout and flop miserably without each other’s support. They come back together to beat the new rival in town and after suffering several epic fails, manage to do so, rediscovering the magic of their friendship in the process. Carrey was as wacky as they come and Alan Arkin had a delightful cameo as Burt’s inspiration and mentor. 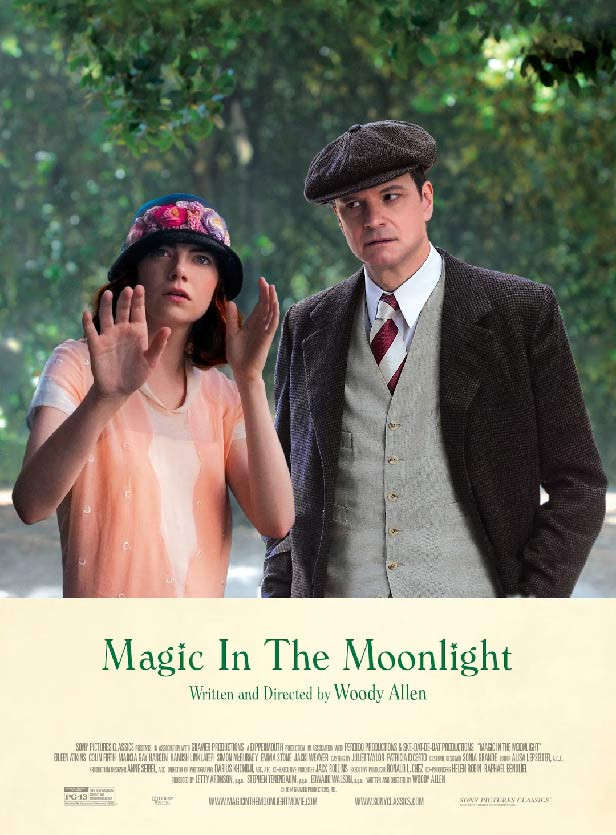 Set during the 1920s and placed on the French Riviera, the film is written and directed by Woody Allen and stars Emma Stone, Colin Firth, Hamish Linklater, Marcia Gay Harden, Jacki Weaver, Erica Leerhsen, Eileen Atkins, and Simon McBurney. Stanley (Colin Firth) is an illusionist who also exposes charlatans on the side. He’s asked by a fellow magician and friend, Howard Burkan (Simon McBurney), to help expose a woman, Sophie (Emma Stone), who claims to be a medium and whom Howard suspects of fleecing a young heir George (Jeremy Shamos). Stanley comes in Sophie’s contact and is smitten by her. He tries to find flaws in her techniques but after she reveals many secrets from his own past, begins to believe she’s genuine. He’s genuinely in love with her and forgives her even when he finds out that she had been conning him all along.

How to Live Fearlessly With Rhonda Britten