Best Hollywood films based on AI in recent times


AI or artificial intelligence has been a favourite subject in the realm of American speculative fiction. Almost all big-name SF writers have written about it and taking a cue from their writings, as well as from Japanese manga, which too depicts worlds populated by AI robots, the Hollywood filmmakers started making films on the subject on a regular basis. Presenting six acclaimed Hollywood films from recent times having AI at the centre of the story. We hope the list will add to your quarantine movie watching.

This psychological thriller is a story about a programmer named Caleb (Domhnall Gleeson) who is invited to administer the Turing test to an intelligent humanoid robot by his CEO Nathan (Oscar Isaac). The film revolves around Ava (Alicia Vikander) whom Nathan claims is the most intelligent robot around. He wants to test the extent of her intelligence and manipulates things in such a way that his employee Caleb ends up falling in love with her. He claims that she’ll use Caleb to escape his house permanently and that’s exactly what happens. Tired of constant humiliations, Ava does emotionally blackmail into helping him escape. She also manages to kill Nathan. The last scene has her merging into the crowds and soon she’s lost to the eyes. 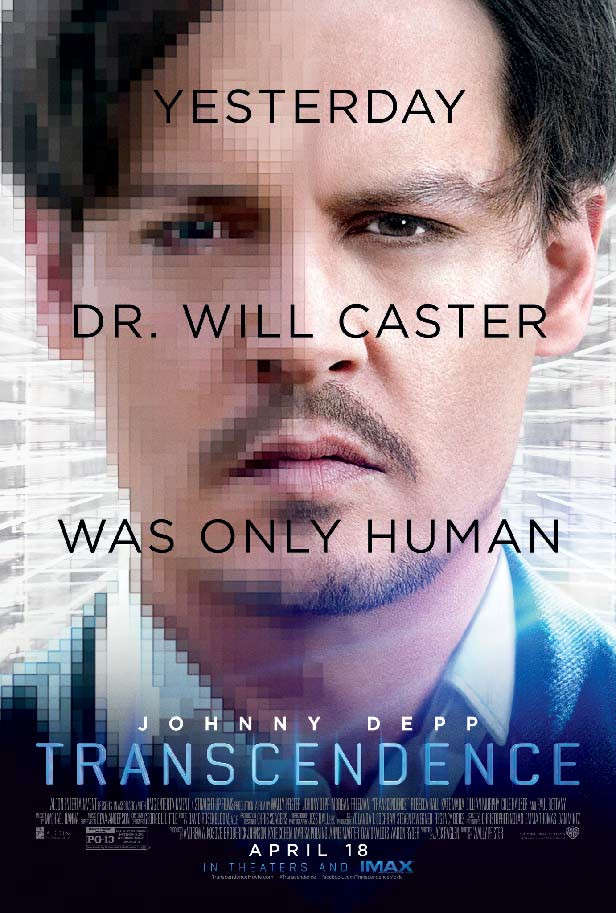 Will Caster (Johnny Depp) is a scientist who is an authority in the field of artificial intelligence. His wife, Evelyn (Rebecca Hall), is also a scientist and helps him with his work. When Will is shot by a group of terrorists, his wife advocates putting his consciousness inside a computer so that he may live on. Will’s consciousness begins to take over the internet. He wants to create a utopian world where man resides in harmony with nature and begins to manipulate minds with the help of nanoparticles. Both the government and the cyber terrorists want to put a stop to him and so does his wife. Ultimately, his wife sacrifices himself to put an end to him and Will goes on a self-destruct mode. His death leads to a global technology collapse. Ironically, this also serves his purpose as by the time the humans get back on track the planet would have healed itself. 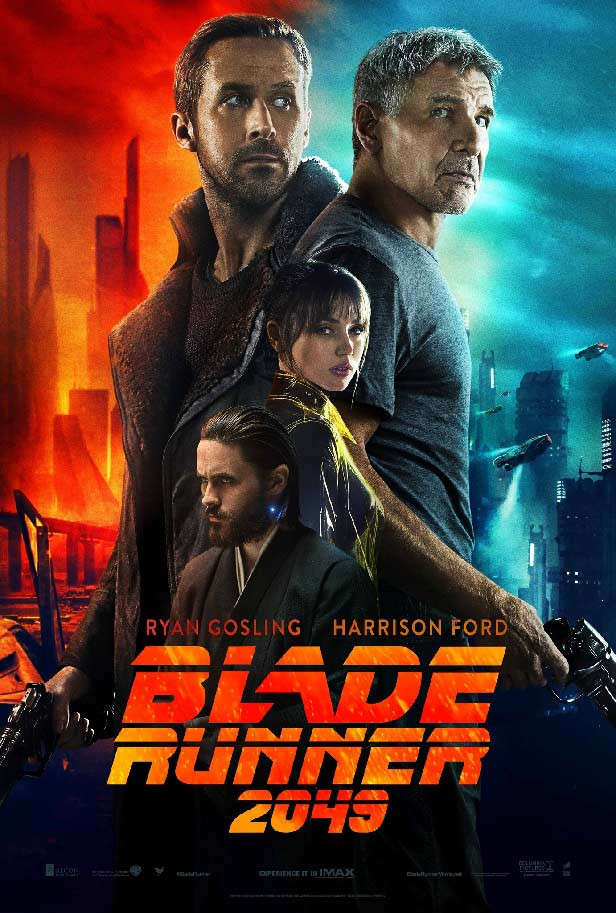 It’s a sequel to the 1982 film Blade Runner, starring Harrison Ford. The film is based on characters from Do Androids Dream of Electric Sheep? by Philip K. Dick. In 2049, bioengineered humans known as replicants are slaves. Ryan Gosling plays K, a Nexus-9 replicant “blade runner” — someone who hunts down and kills rogue replicants. He comes to know of a case where a female replicant is said to have died during childbirth. This is a new discovery as traditionally replicants aren’t supposed to reproduce. Circumstances lead him to believe that he might be the child born of that woman. His investigations make him cross the path of former blade runner Rick Deckard (Harrison Ford). The two join forces to serve the cause of The replicant freedom and to stop the new technology from falling in the hands of the Wallace Corporation. K finally sacrifices himself to save Rick, leaving the future of replicants secure in his hands. 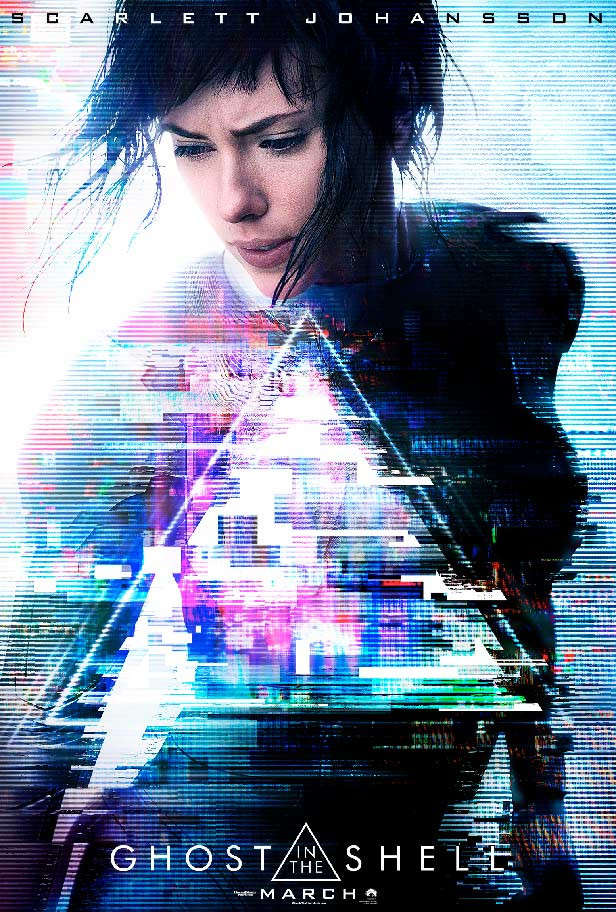 The film is based on the Japanese manga of the same name by Masamune Shirow. It’s set in a future where the line between humans and robots has blurred. Major Mira Killian (Johansson), a cyborg supersoldier investigates her past to find out her true origins. As she delves into her past, she comes to know that her memories are implanted. And that she’s part of a new experiment by Hanka Robotics where an artificial body or “shell” can integrate a human brain rather than an AI. She becomes a liability for Hanka when she learns this and several attempts are made on her life. Kuze (Michael Carmen Pitt), an artificial entity just like her, gives away his life to save her so that she lives on and investigates further into the case and makes life better for everyone concerned. The film was criticized for ‘whitewashing’ the original source material. Ideally, Japanese actors should have been cast in the film. 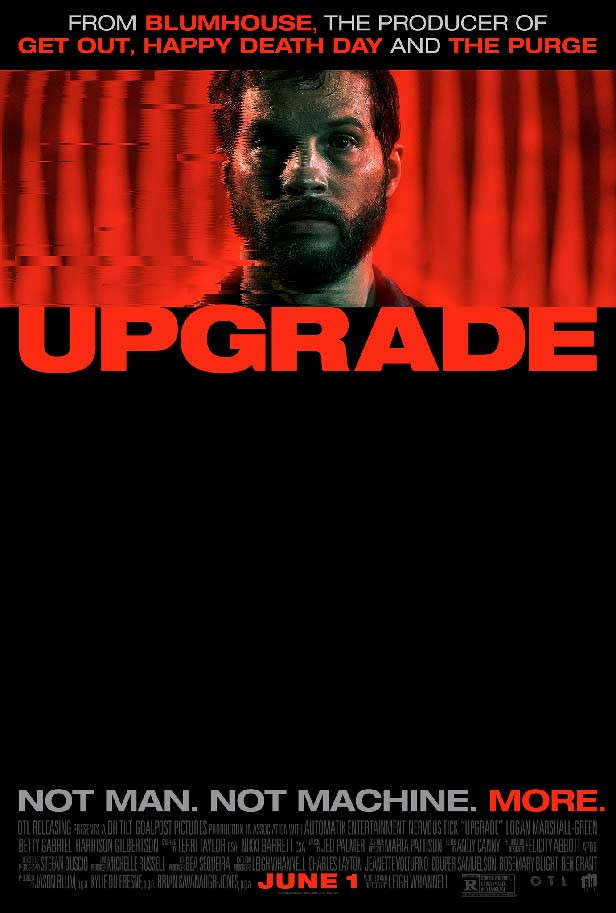 Grey Trace (Logan Marshall-Green), a mechanic, asks his wife Asha (Melanie Vallejo) to accompany him while he’s returning a refurbished car to his client Eron Keen (Harrison Gilbertson), a renowned tech innovator. Eron showcases his current creation to the couple, a multi-purpose chip called STEM with almost unlimited potential. Returning home, Grey and Asha’s self-driving car malfunctions. Four men attack the couple. Asha is killed and Grey is shot in the neck, severing his spinal cord. Now a quadriplegic, Grey accepts the offer of Eron when the latter says he could walk if injected with STEM. Soon, STEM takes over his life and makes him avenge his wife’s death. Grey comes to know that Eron was behind the attack but Eron reveals that STEM has been controlling him as well all along. STEM is in fact in total control of Grey’s mind as well as body and through that control kills everyone who knows his secret and walks off. Grey’s own consciousness is caught in a dream state and the artificially created STEM is free to do anything that pleases him in the wide, wide world. 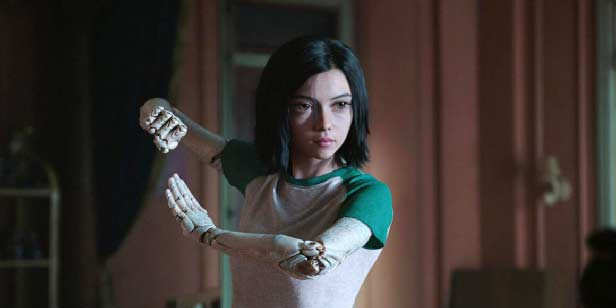 Alita: Battle Angel is based on the Japanese manga series Gunnm by Yukito Kishiro. Rosa Salzar plays Alita, an amnesiac cyborg who sets out to learn about her origins after she awakens in a new body with no past memory of who she is. The heroine goes through several tests to fully understand her powers and gains both physical and emotional maturity through her experiences. Salazar, playing a big-eyed, motion-captured version of herself is the soul of the film. Despite having a metal body, her human qualities show through and the actor makes the viewer root for Alita as she faces various hurdles

This CrossFit Gym Is Helping Their Rural Community Despite COVID

Stars Who Were Fired From Jobs

Love Island USA Has a Problem With...