Trending Now
Rome, Italy – 4K Virtual Walking Tour around the City...
NHRA Camping World Drag Racing Series Nitro Stars Ready to...
How to Last Longer In Bed
How to Manage Your Goal Hierarchy (Ep. 458)
Why I Decided to Mute Everyone on Social Media
NFTs Arrive in the Watch World
Excel Financial Modeling Tutorial (+ free download)
Biden Spoke to Bush, Obama Prior to Announcing Pullout of...
Krugman: Need Economy Poised to Make Fast Comeback When It...
Iran’s supreme leader: Vienna offers ‘not worth looking at’
Entertainment


American filmmakers have a fascination of sorts with lawyers and courtrooms. They revel in making films revolving around court cases. A courtroom thriller can be said to be a mini-genre by itself. We bring to you a list of the best Hollywood courtroom thrillers of the present decade to help you tide over some boredom during the lockdown period.

The film is largely based on the book Between the Dying and the Dead by Neal Nicol and Harry Wylie. The film brings to screen the efforts of former Oakland County pathologist Dr Jack Kevorkian (Al Pacino), who came to be known as Dr Death for his progressive stance on assisted suicide. Reportedly, he assisted 130 people to die before being sent to jail. He was outspoken about his belief about dignity in death and was helped in his crusade by his sister Margo Janus (Brenda Vaccaro), his longtime friend and medical technician Neal Nicol (John Goodman), and Janet Good (Susan Sarandon), who founded the eastern Michigan chapter of the Hemlock Society. Pacino played Dr Kevorkian with a vivid intensity. He’s brought to court several times and in his last case, decided to defend himself. Al Pacino’s impassioned pleas regarding assisted suicide and granting dignity in death to people suffering from severe medical conditions in front of the court is the highlight of the film. 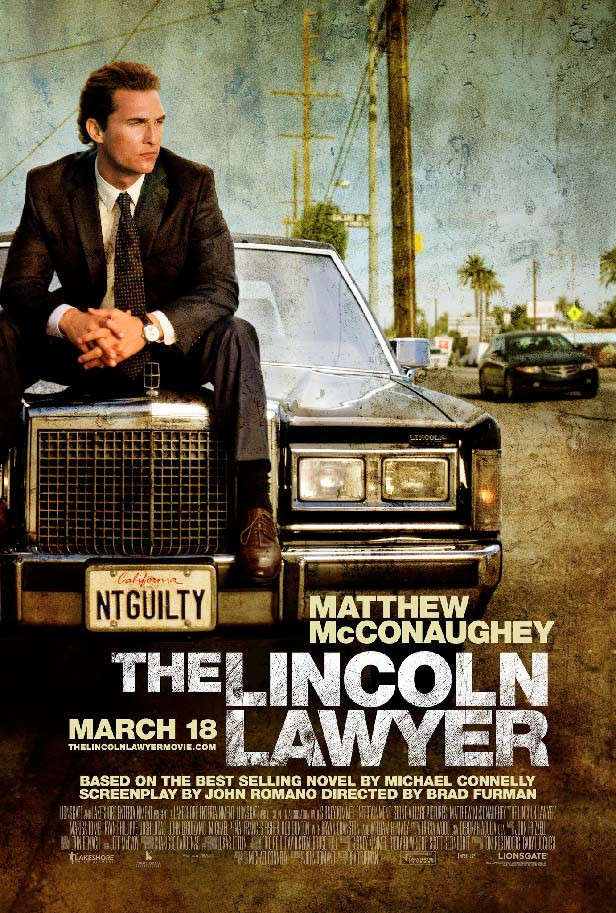 The film is adapted from the 2005 novel of the same name by Michael Connelly. Criminal defence attorney Mickey Haller (Matthew McConaughey) operates around Los Angeles County, mostly from the back seat of his black Lincoln Town Car, chauffeured by Earl (Laurence Mason). Haller is hired to represent wealthy playboy Louis Roulet (Ryan Phillippe), who is accused of brutally assaulting prostitute Regina Campo (Margarita Levieva). Roulet however, insists he’s innocent. In a turn of events, Roulet admits to being the perpetrator behind a murder for which one of Haller’s former clients is in jail. Because he took the case, Haller gets his client off the hook but makes sure he’s picked up by the police for the previous murder. The cops can’t build up a case against him and he’s let go. He threatens Haller but is beaten up by a biker gang known to the lawyer. Later, due evidence is found to send Roulet to jail and it’s shown that he might get the death penalty. 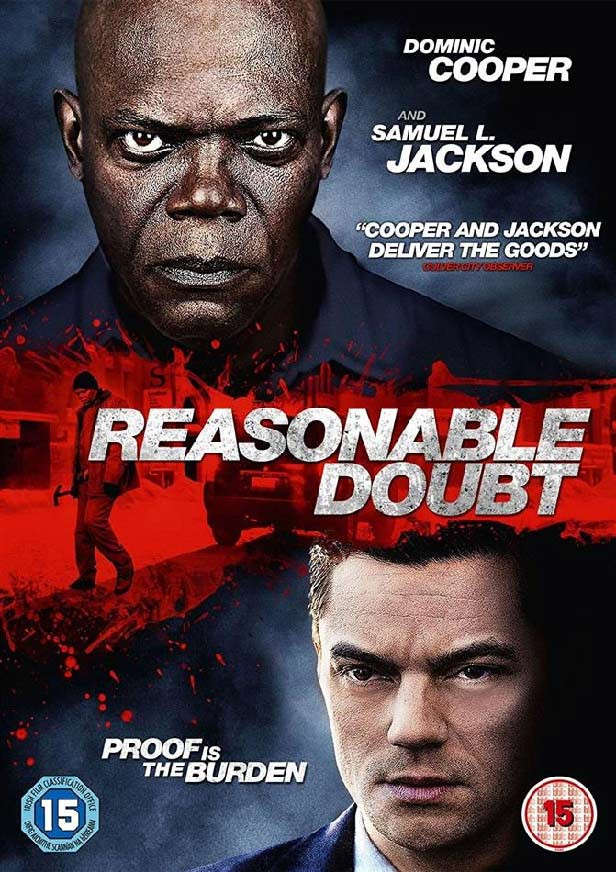 Mitch Brockden (Dominic Cooper) is involved in a hit and run accident, gets out to help, then realises the incident may have a negative impact on his life and career and goes away. Clinton Davis (Samuel L. Jackson), a local car mechanic is charged with murder after the battered body of a pedestrian is found in his van. Davis insists he was only taking a hit-and-run victim to a hospital. Consumed by guilt, Mitch volunteers to represent him. But evidence later leads him to believe that Davis may, in fact, be a serial killer responsible for a recent string of unsolved murders. 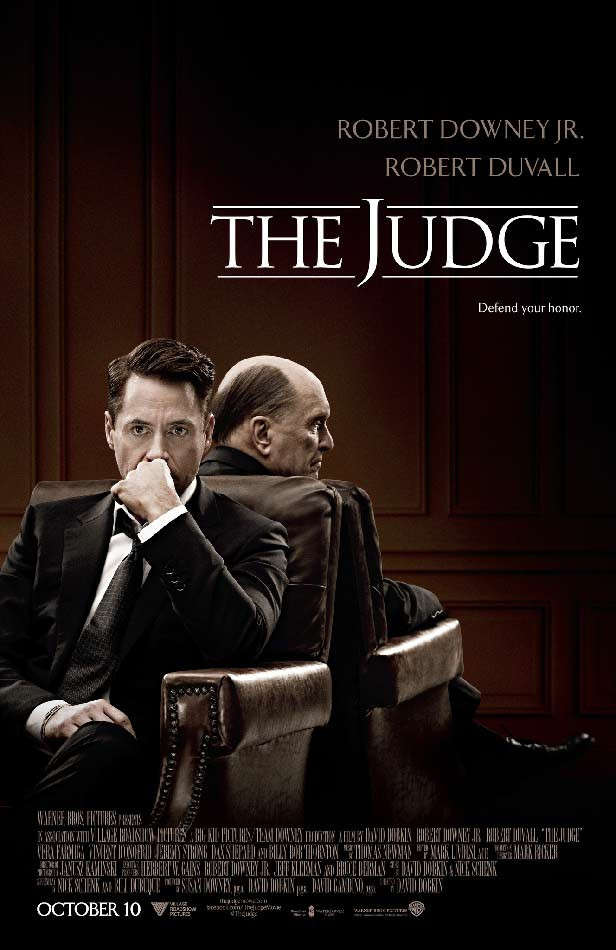 The Judge is a father and son drama buoyed by Robert Downey Jr. and Robert Duvall’s performances. Hotshot Chicago defence attorney Hank (Robert Downey Jr.) hears of his mother’s death and flies down to a small town in Indiana, named Carlinville for his mother’s funeral. His father, Joseph Palmer (Robert Duvall), with whom he doesn’t get along very much is the judge of the criminal court in the town. Hank hears his father is having memory loss of late. He’s about to fly away after the funeral when he hears his father has been arrested in a fatal hit and run accident. He and his brother Glen (Vincent D’Onofrio) hire C.P. Kennedy (Dax Shepard) as the defence attorney and Hank is rattled by Kennedy’s lack of flourish. The judge wants to testify and strangely admits to not having a memory of the accident but says it might be deliberate. It transpires that he’s suffering from cancer and has been taking chemotherapy and his memory lapses are all because of chemotherapy. He’s given a lighter sentence but is soon let off because he’s dying. The father and son patch up before he passes away. 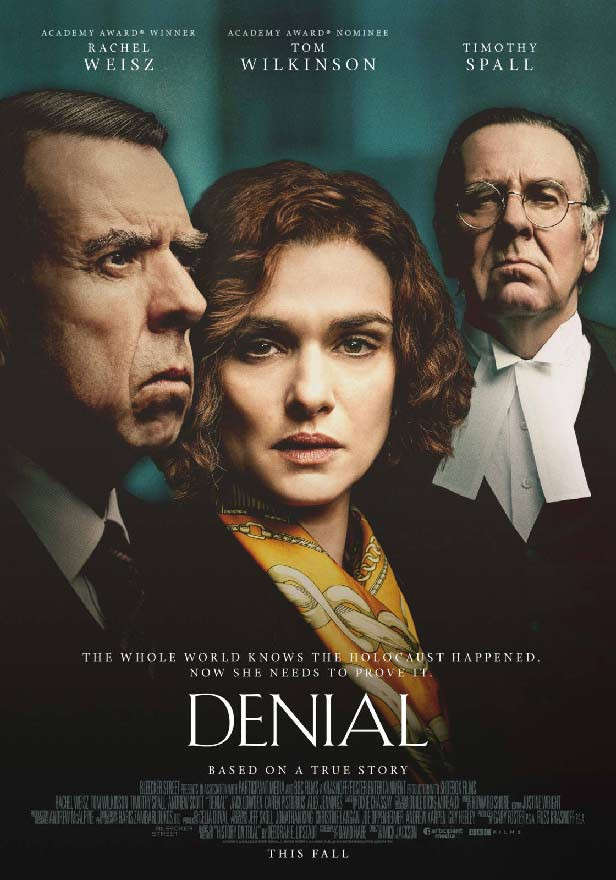 The film is based on Deborah Lipstadt’s book History on Trial: My Day in Court with a Holocaust Denier. It dramatises the Irving v Penguin Books Ltd case, in which Lipstadt, a Holocaust scholar, was sued by Holocaust denier David Irving for libel. Deborah Lipstadt (Rachel Weisz) is unaware that according to British law, the burden of proof in a libel case lies with the accused. She hires a legal team led by solicitor Anthony Julius (Andrew Scott) and barrister Richard Rampton (Tom Wilkinson). Irving (Timothy Spall) chooses to represent himself. This mistake is expertly manipulated by her lawyers, who first get the case transferred to a trial by a judge instead of trial by jury. Then, basing their arguments on Deborah Lipstadt’s research, they thoroughly cross-question Irving and make his arguments look absurd in the court, thereby winning the case. 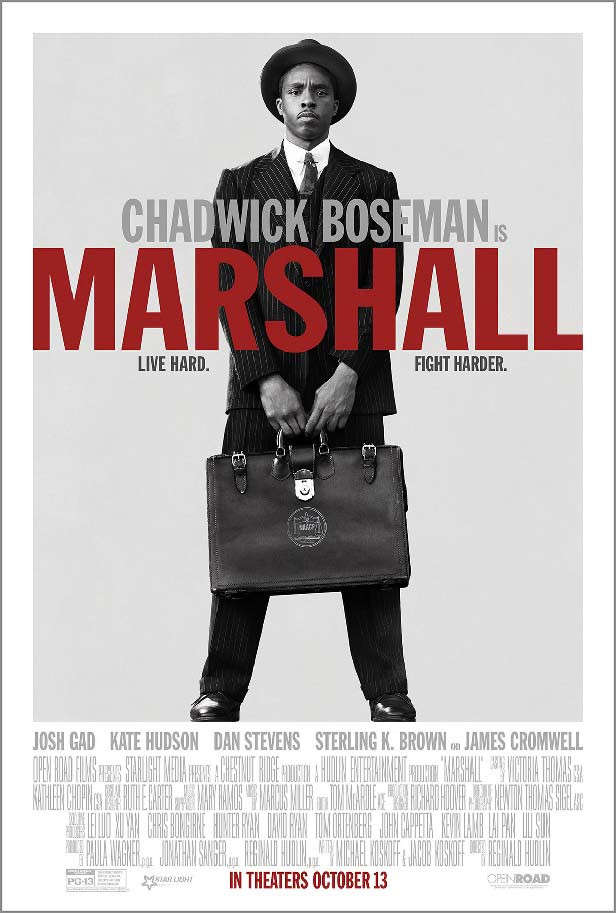 The film is a biographical legal drama starring Chadwick Boseman as Thurgood Marshall, the first African-American Supreme Court Justice, and focuses on one of the first cases of his career, the State of Connecticut v. Joseph Spell. The case involves a black man being accused of attempted murder and rape by a white woman. Spell (Sterling K Brown), at first, doesn’t tell his lawyers that he was sleeping with the woman, Eleanor (Kate Hudson), whom he has been accused of raping. As the case progresses, Marshall and his fellow lawyer Sam Friedman (Josh Gad), carefully make a strong case for acquittal, based on a careful examination of the evidence. They manage to provide a convincing enough argument for the jury to give a not-guilty verdict. It’s later learnt that both Friedman and Marshall went on to become celebrated civil rights lawyers and Marshall also later became the first African-American Supreme Court Justice.

Meet the Doctors and Nurses Treating Coronavirus Patients in NYC

GIIS-Shekhar Ravjiani School of Music is a...