Anurag Kashyap on films, life after lockdown and more


Filmmaker Anurag Kashyap has announced a new production company Good Bad films with two partners Akshay Thakker and Dhruv Jagasia. His first film under this production is Choked: Paisa Bolta Hai. The Netflix original film, which stars Saiyami Kher and Roshan Mathew. It’s streaming from June 5.  It’s a story of a middle-class Maharashtrian couple, where the wife Sarita is a bank cashier who discovers cash flowing out of her kitchen sink every night, it’s also about a relationship of a married couple.

Anurag’s next is Project 10. A love story starring several faces. Alaia Furniturewalla will be playing one of the lead roles in the film. He is also developing another web series and is in the process of scripting the screen adaptation of Suketu Mehta’s non-fiction bestseller Maximum City: Bombay Lost and Found. Anurag will also be seen in Netflix’s original movie titled AK vs AK that is helmed by Vikramaditya Motwane.

What prompted you to make Choked: Pisa Bolta Hai?

The script… I bought this script from the Script Bazar in 2015. The concept then was that there is a married couple. One day the wife gets some money in the sink. I liked the idea very much. But there was some thing missing link. I thought that the film was not relevant at all. And there was no demonetisation at that time. Then we decided to rewrite the film and linked it with demonetisation. And then it became relevant.

What appealed to you about Saiyami Kher for the movie?

I met Saiyami just once and I signed her. I had locked Saiyami way back at the end of 2016 itself. Atul Kasbekar introduced her to me and when I saw her, I knew that she was the correct one for the character. Because she is so simple unlike how everybody saw her in Mirzya. Only the point was that Saiyami is too young for the role, so I said it. She put on weight for the role. She had to go and clicked picture in a saaree with the child. Because the character was mother of 8 years child. Character matters a lot. Then we found Roshan in 2018.  Tab laga ki picture ab banne ke liye ready hai.

As theatres are closed due to the pandemic. So many films are releasing on OTT. What is the good and bad side of it?

What to do? All theatres are shut today. The producers are also under pressure as well as the filmmakers. One has to adopt according to the changing times. All the people who work for the film are all dependent on the film. If the film is not released, everyone is affected. There are about 100 to 150 people working for the film. The times are changing and accordingly all of us have changed. Kuch log honge jinki financial taakat itni hai ki film ko hold kar sakte hian. Aur kuch logon ke paas itni financial taakat nahi hoti hai. Some people fear that their film will get lost in the rush. Because when the theatres reopen, There will be a big rush of films. And at that time all the big banners and big budget films will get priority.

What with the corona virus pandemic raging all over the world, will film making be difficult?

Film making is where a lot of people are required. It is a team work. Assistant directors, assistants, cameramen actors etc.  When you start making a film, a crowd gathers. Today with corona raging a war, how do we make a film in solitude aur agar hum bana bhi len to paise kaise kamayen. Difficulties will be there but we will deal with them according to the time.

What are the changes that are essential?

It is very difficult to say anything at this time. In how many phases will the cinema halls open, how many tickets will be sold. The theatres cannot be houseful. Tickets will be sold one seat apart, leaving one seat empty between two viewers. How long we will be able to sustain?

See, making films is my job. Main ye sochta hun ki kya likhun jo film ban paye. Kyonki hum logon ka set back bhi bahut jyada hai. After the lockdown it is very doubtful whether it will be possible to make any big budget film. Everyone is in the same boat. Only a person who is aatm-nirbhar will be able to survive. Who-so- ever is dependant on others will find it even more difficult to survive 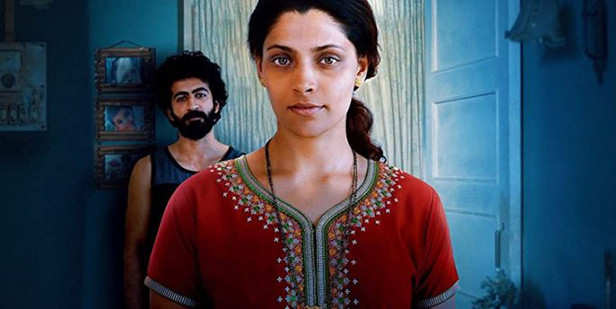 Today the method of reviewing a film has changed a lot. Anyone becomes a film critic. Is it annoying?

I do not worry or think about it. Because once a film is released, anyone has the right to talk about it. Everyone talks about a film on social media. Somebody can feel offended, while some feel excited. Each person is right. I do not read whatever anyone is saying about my film.

From Black Friday to Choked… how have you changed as a person and as a filmmaker?

I have started watching stories of others as a filmmaker. Like how Nihit Bhave’s script was bought by someone from my team. I was not there at that time. I liked the story. Fir maine Nihit ke saath throughout juda raha. He was with us for shooting, editing and post production as well. He was with us throughout during this film that I started depending on him. Ek doosre ka perspective, collaboration lena zaroori hai, tabhi charcters wo nazar ayenge jo aap apne nazariye se dikhaana chahte ho. I have started collaborating with others more now.  Pahle main khud ki baat kahne mei jyada rahta tha. .

I do not enjoy acting. People blackmail me emotionally and make me act. I cannot watch myself acting on screen. I can say this with guarantee. Whenever a film is shown in which I have acted, one person who is not watching the film will be me. I want to remain a filmmaker only not an actor.

What did you discover about yourself as an actor?

Acting karte hue mujhe ye samajh aya ki do shot ke beech jab break hota hai tab actor kya kare? This is terribly boring. jab main as an actor set par jata hun toh main bahut cranky ho jata hun. I though a lot of tantrums on the set. main set pe rahta hun toh wo aadmi hota hi nahi hun jo main real mei hun. Everyone likes me as a director. No one likes me as an actor on the set. Because I keep on asking only one thing on the sets. When are you going to end this shoot. Main sabko pareshaan kar deta hun.

Are you strict as a director?

I am very strict as an actor but I am very relaxed as a director. Everyone enjoys working on my set.

Tell us something about your production, good or bad film!

Choked is the first film under this production. Ghost stories and Moothon released under this. Now all my films will be under this only.

You have worked with Irrfan Khan as a producer. Tell us something about him.

Irrfan was a very good actor. His understanding about life was very strong. I tried to work with him as a director so many times but could not do it. I had worked with him as a producer in Lunch box. He worked with my brother Abhinav Kashyap in a TV series Darr. 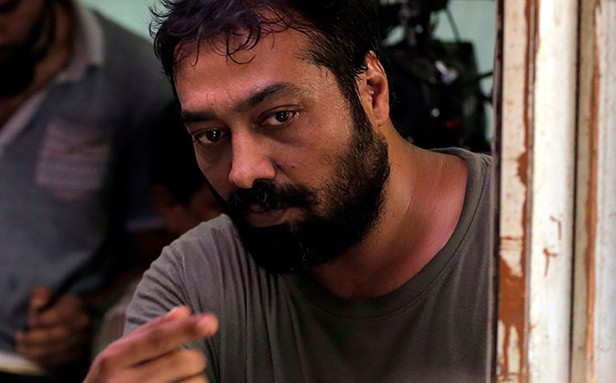 How do you spend your time in the Lockdown?

I am reading something or other, books, scripts….am writing something. I try to do some yoga and exercise. I had put on a lot sometime back. Now I have become normal. I try to control my diet. Mental health is most important. Some days pass very well while some days are very bad.

How do you keep yourself calm?

I Exercise and when I feel that there is a lot of negativity, I pull out a rug and sleep off. To try doing something else, I try cooking. But now I am tired of all this. But I have realised that I can do magic with leftover food.

What is your Mantra for survival in the industry? 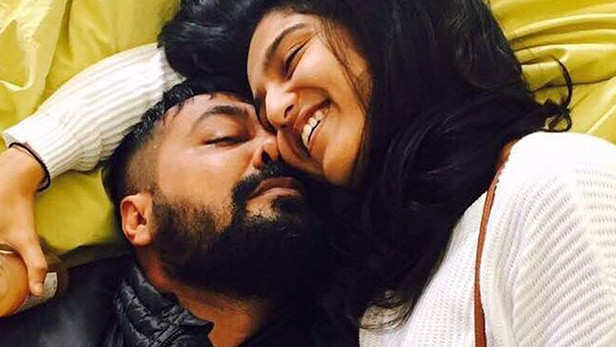 You are fearless and do not hesitate to say what you want to say. Have you suffered any harm or loss because of this?

I have to pay a heavy price for this. Earlier I used to feel very bad.

Now I have stopped thinking about it. Today I think that whatever I have said, whatever I have done, I will have to face the consequences. Sometimes my family is worried and upset. ab unhone bhi bolna chhod diya hai. Unhone bhi soch liya ab ye pachchas ka hone wala hai isko chhod do.

How do you handle trolling on the social media?

I have kept myself away from social media. Sometimes I say whatever I have to say and leave.  I have stopped reading what the people are saying. I only read the news written by the people whose opinion matters to me and react on those comments only.

Can Mike Pence Save the Trump Campaign?

“Journalism Needs Help to Survive This”: Despite...